Progress on all fronts

Build day 89
This morning we got a call from Stuart at Barnowl Narrowboats to say that the shower enclosure we had sourced was not the advertised 1800mm in height but it was 1850mm and too tall to fit in Yarwood.   Joe got on to the supplier and they admitted that there had been an error on the website and they would arrange a collection and refund.
The next call was to Wesley Windows to see if they had a suitably short enclosure, they did!  So a 1700mm quadrant enclosure is being delivered tomorrow and the too tall version is being collected on Monday; so far so good.
And finally, a call to Pro Cast the supplier of Yarwood's portholes and mushroom vents to find out why we had not seen the goods when they had had the full payment over four months ago.
They are going to get them to Barnowl for next Tuesday...apparently. 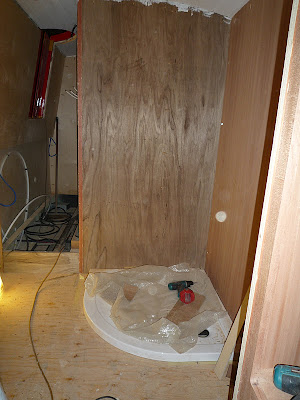 Stone shower tray in situ
And today's progress; the low profile stone shower tray is in place and the portside bulkhead has been fitted. we have opted to use wetwall products and avoid tiles so the first panel was cut and fitted by Terry (see below) whilst we were at the boat this afternoon. 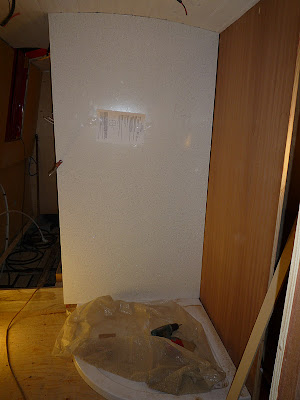 First of the wetwall panels in place 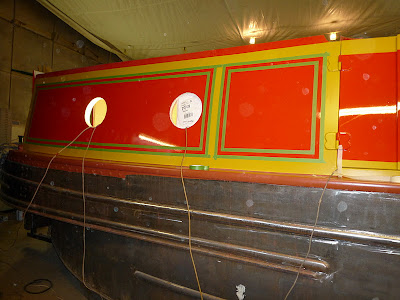 Name panels masked ready for the border
Stuart had been masking up the name panels at the stern ready to apply a coat of light cream paint as a border.  Stuart is pressing on with this preparation because next week Dave Moore, the sign writer, is coming to start doing his magic. 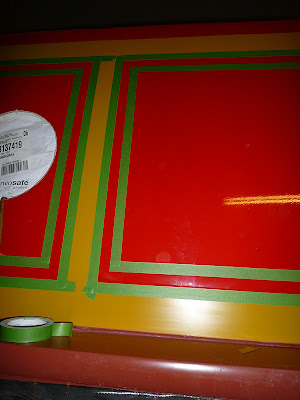 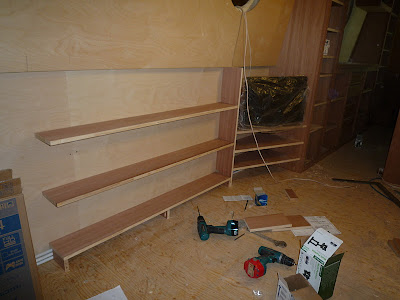 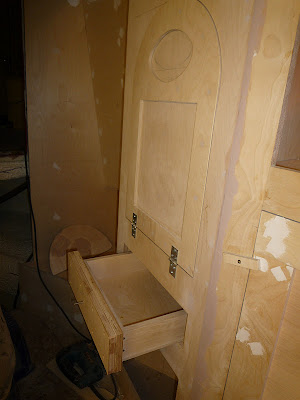 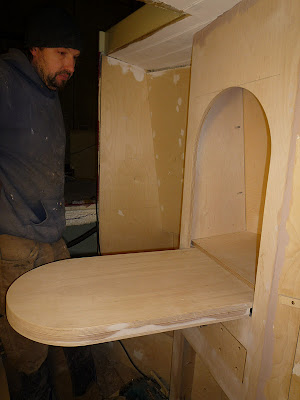