I promised Sue (Nb. No Problem) to publish some more photo's of the changes that we have made to Yarwood and as we, (read Joe), was able to finish a few things while being hunkered down and avoiding the awful weather of Sunday and Monday here they are. 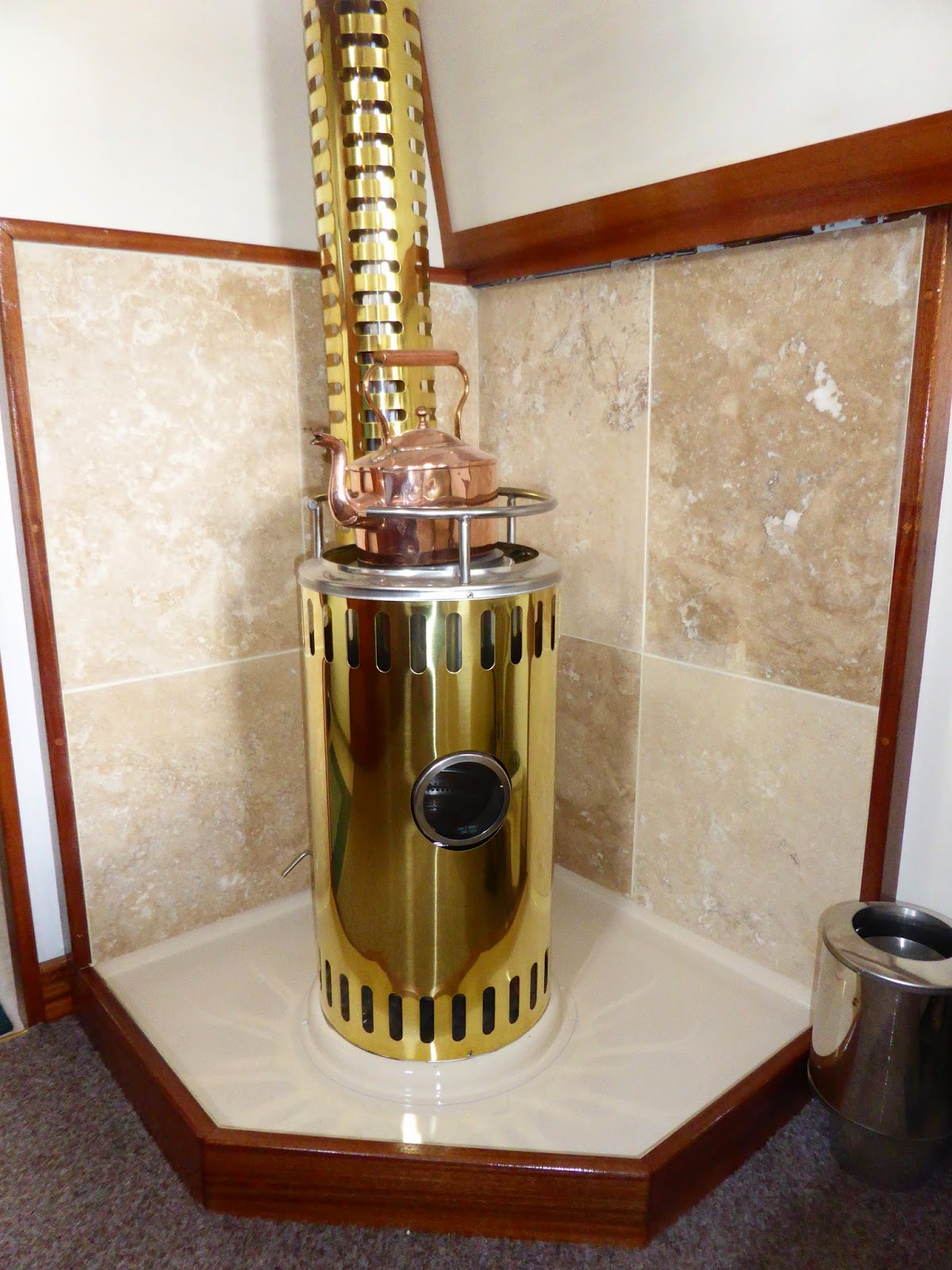 The Refleks oil stove sits in a stainless steel tray which Joe had sprayed with car paint.  The tray was scratched when the stove was fitted so Joe set about rubbing it down , masking up and re spraying and finally removing the plastic film that had been used to protect the brass skin of the stove.  He also primed and painted the chimney collar and the new stainless steel adaptor that takes the stove chimney. 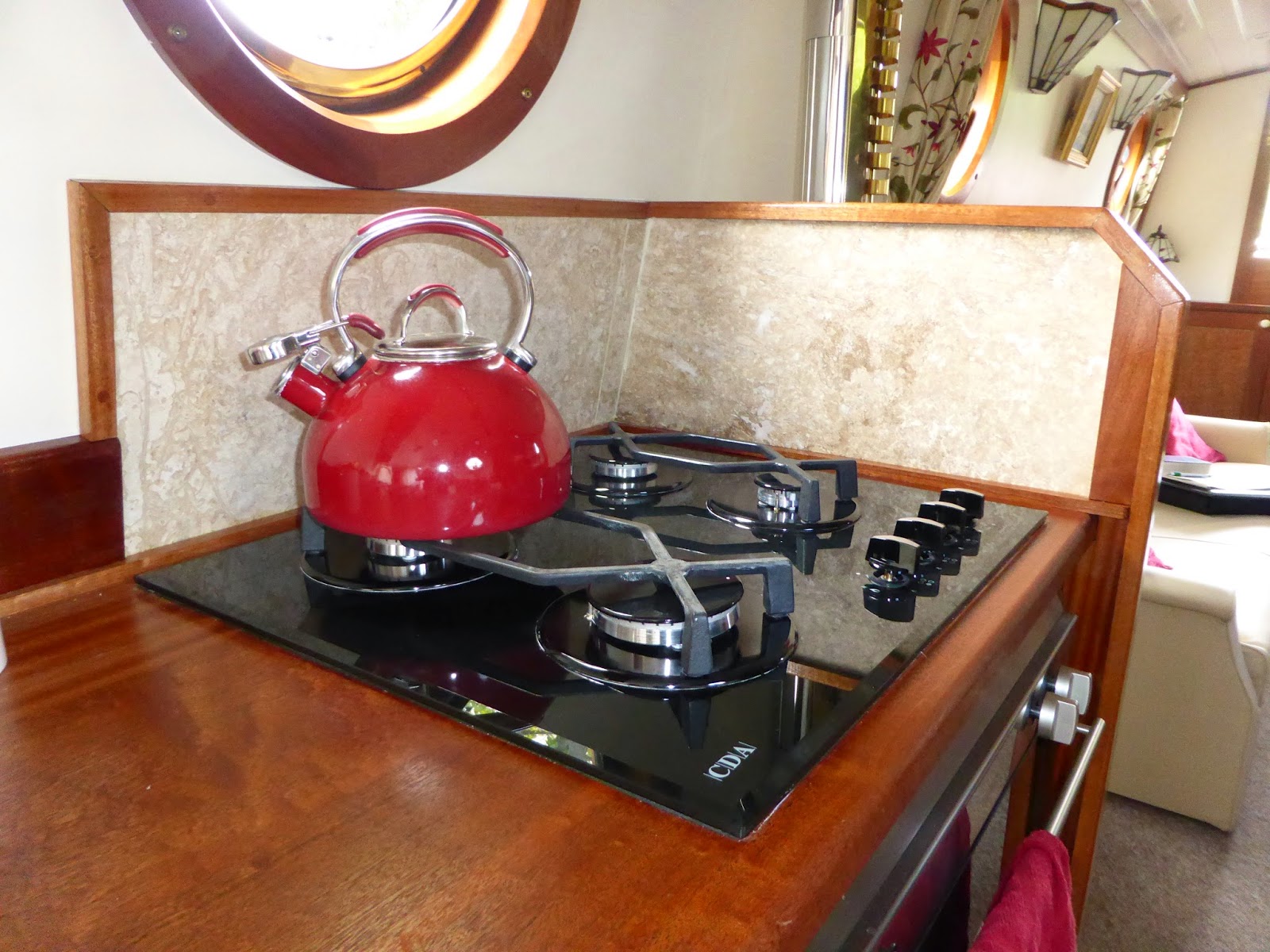 We have used the same stone for the 'splash back' for the hob as that of the fireplace. 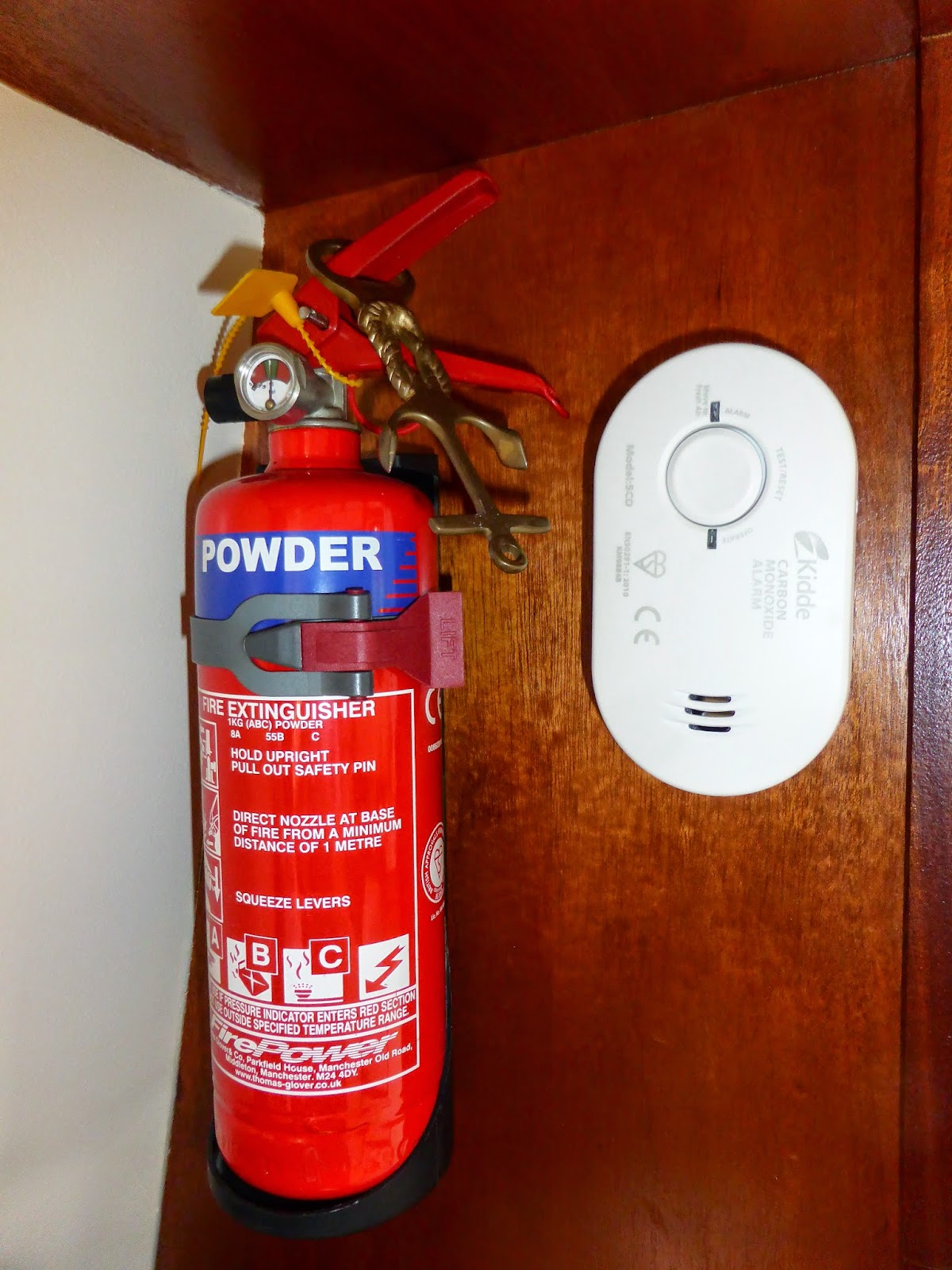 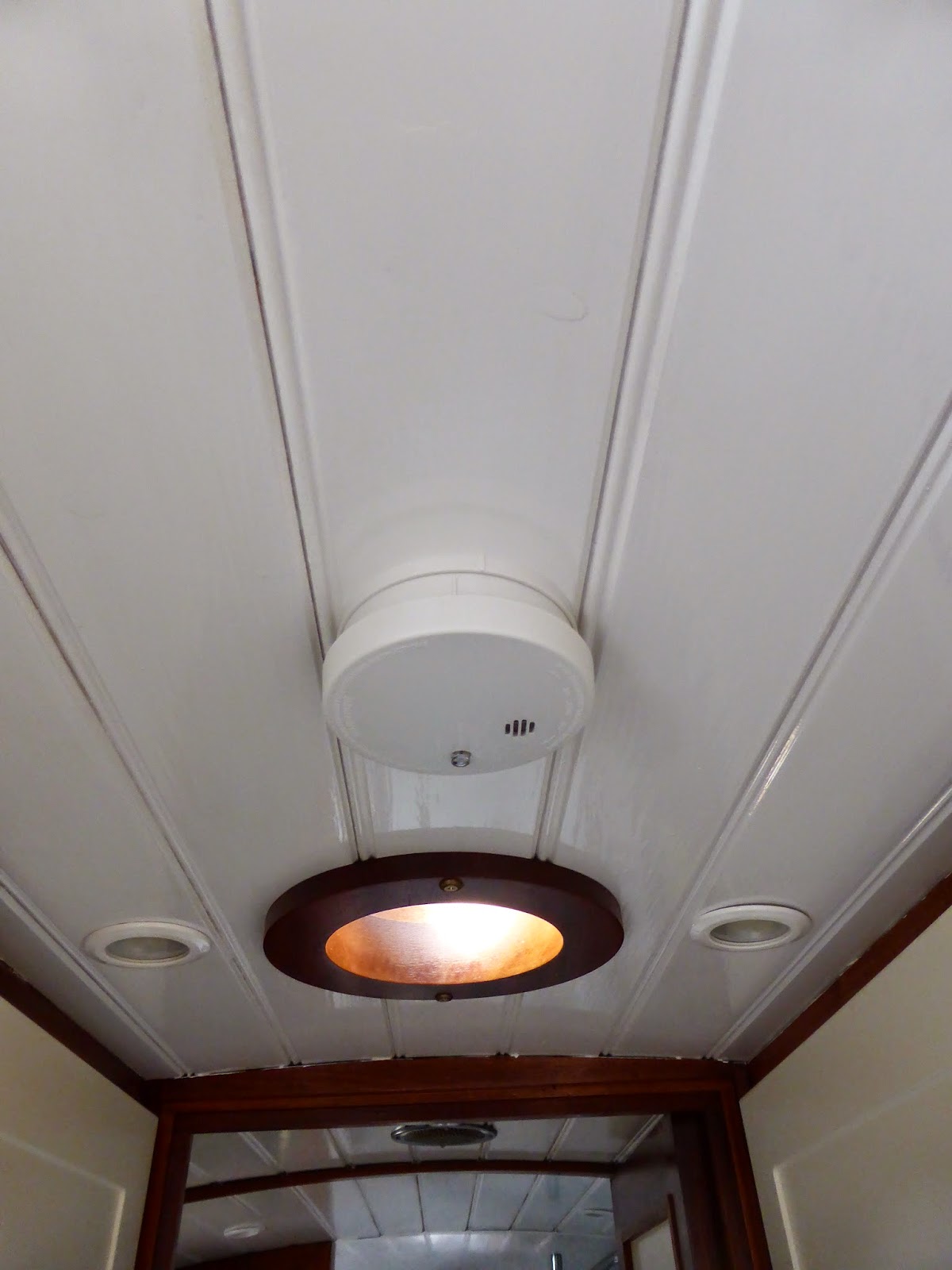 Steps with dog step/shelf open
Here are the new steps that give us access from the saloon on to Yarwood's tug deck. The steps are demountable, breaking down into three components that store in a cupboard when not being used.  Critically we also had to come up with a way of making the steps dog friendly so the top 'step' is shelf-like and then half way down we have another dog friendly step/shelf that slides out of the way when people need to use the steps. 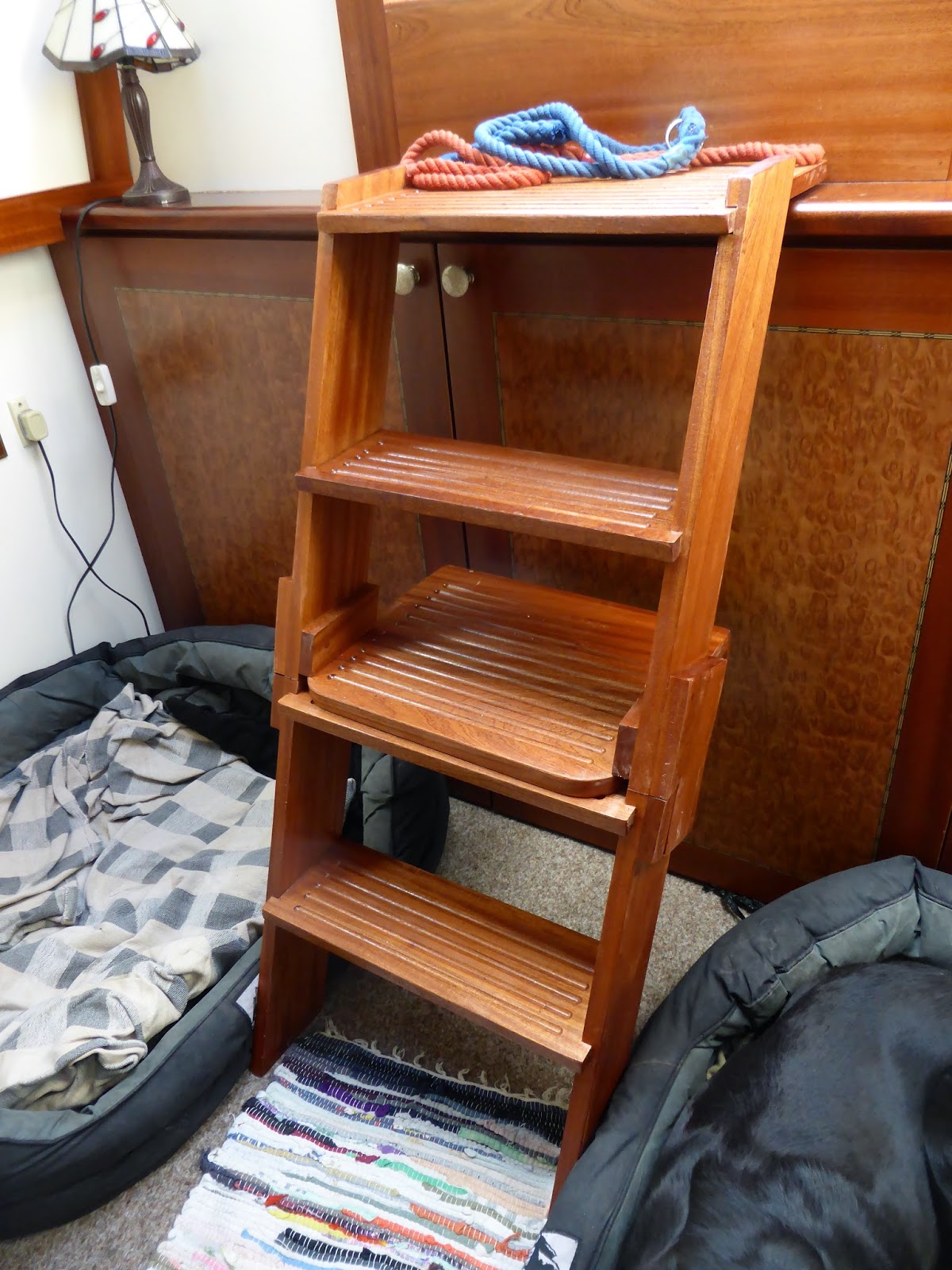 Steps with dog step/shelf closed.
We used them for the first time today and we were just a little anxious that Fletcher and Floyd understood the design aspects that were meant for them....spot on, it worked and that happily used their dog steps coming in and going out...result!!!
Posted by Nb Yarwood at 18:30