The weather forecast for Monday was dire, rain and high winds clearing in the afternoon.  High winds and narrowboats are not a good combination so we opted out of doing battle with the elements and stayed put.  Toastie warm with the newly fitted Refleks stove lit we enjoyed a leisurely breakfast and watched Sunday's episode of Downton which Joe had cleverly recorded - I am always impressed by Joe's dominance of electrical gadgets because if you line me up against a gadget the gadget invariably wins..
All Monday morning the only boats to pass us were hire boats until things started to clear up about lunchtime, we decided to move.  By the time we had slipped Yarwood's lines we were third in a queue for the lock with another hireboat fast approaching and taking their place in the queue as well. Boat two and three, Speckled Hen and Yarwood, went up and helped boat 'one' through the lock and repeated this at the next four locks!  The lead boat never seemed to make progress and as the wind picked up again hovering at occupied lock landings became problematic for Himself.  We made Burton-on-Trent, our planned destination, but it was a frustrating journey. 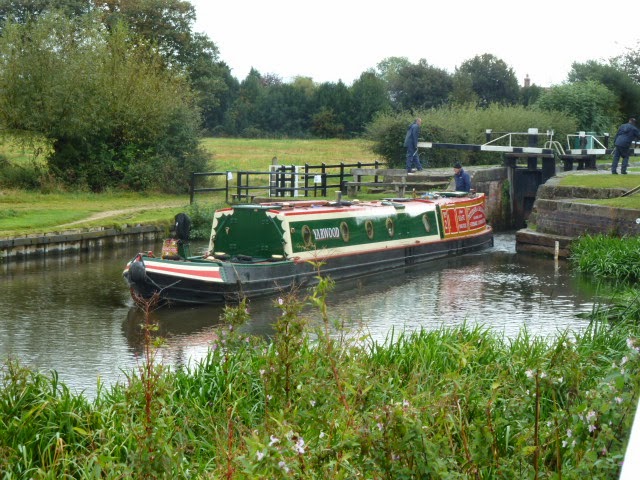 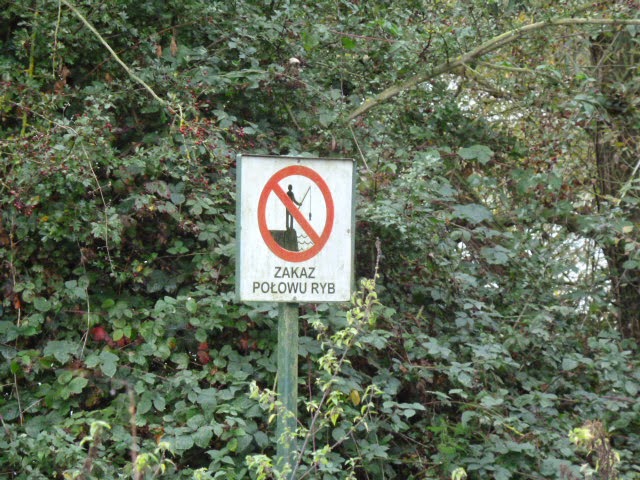 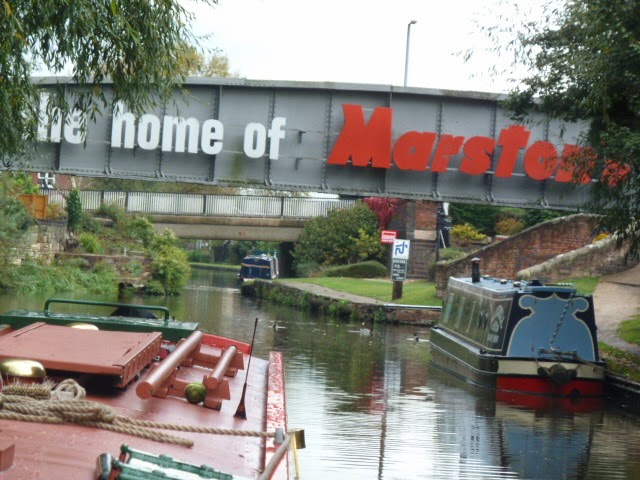 At last, Burton-on-Trent
We moored at Shobnal  and I must say that I was very impressed by the number and condition of Burton's moorings, well done that town - any chance that you could influence the elders of Nuneaton??
This morning we pulled pins and were on our way by 7.30am, our mission, to get to Shardlow.  we were fully kitted out in wet weather gear but the rain eased after an hour and we made good progress, no lock queues today thankfully.  We serviced the boat at Willington and I dashed into the village for some milk will the water tank filled.  By the time we got to Shardlow we were cold and wet, the sun was breaking through, we had covered over sixteen miles but, we had made it. 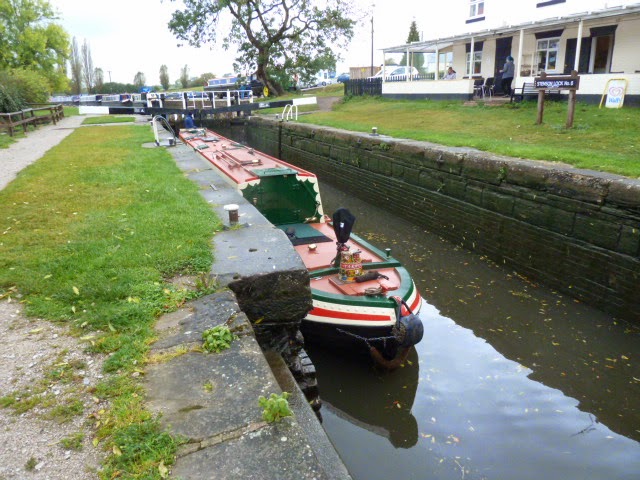 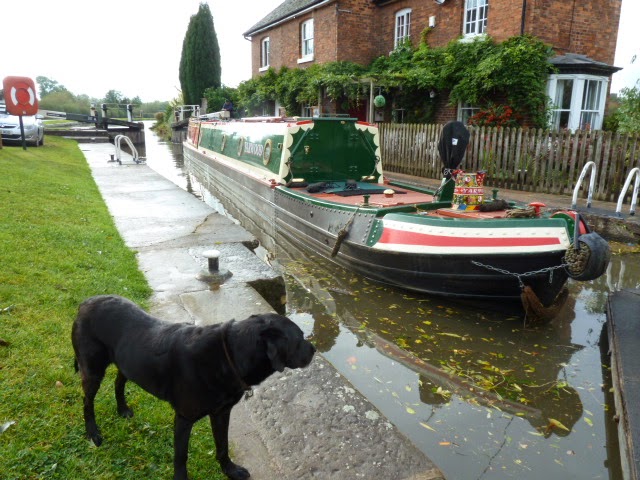 Shardlow lock, the last for today 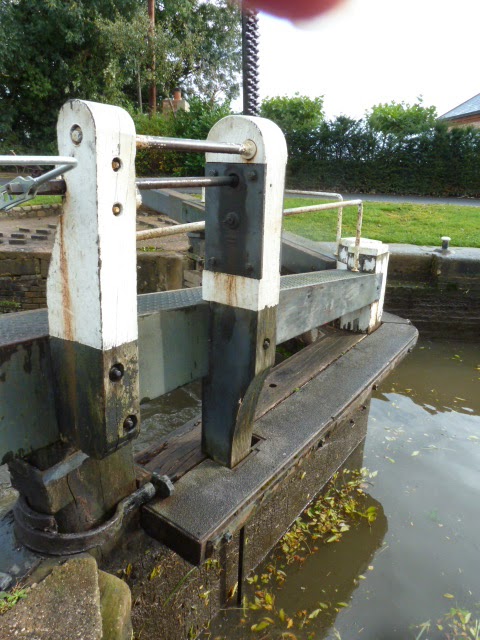 This is peculiar, the walk boards  on the Shardlow lock bottom gates are 'inside' the lock rather than the customary position on the other side of the gates 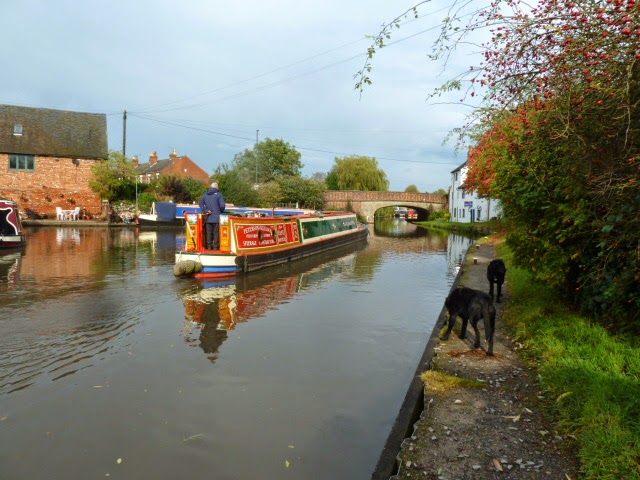 Yarwood heads across Shardlow basin seeking a mooring for the night.
Posted by Nb Yarwood at 18:21