We set off yesterday morning and as soon as we had got the two boats into Wadenhoe lock and the guillotine was raised to empty the lock, the heavens opened again.  Jill was left (her turn) with her finger pressed to the 'up' button and the rest of her body being lashed by wind and rain; meanwhile I was making tea in the bowels of Yarwood and watching the weather conditions from somewhere altogether more pleasant...
As soon as the tea was made and we were again underway the rain had stopped and the sun was peeping through but as we arrived at the next lock behind Nb. Matilda Rose we found they had tied up.   Calls to the Environment Agency (EA) about the river conditions soon confirmed the decision to abandon our attempt to get to Fotheringhay.  We breasted up safely on the lock landing up stream of Lilford lock and soon the river Inspector arrived to tell us that they may issue a 'strong stream' warning later and we had done the right thing.  We were told to give him a call at 10am today to check the status of the river and whether it would be  sensible to proceed. 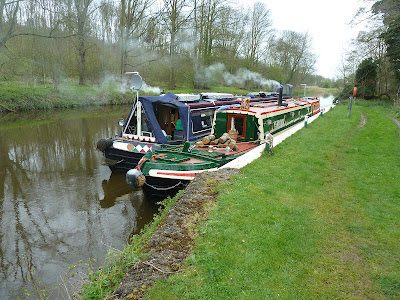 Breasted up on the lock landing 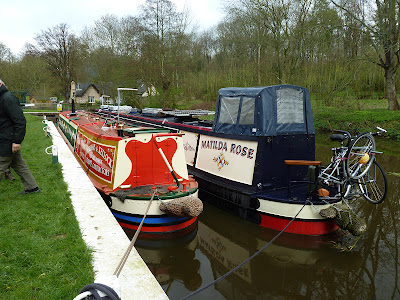 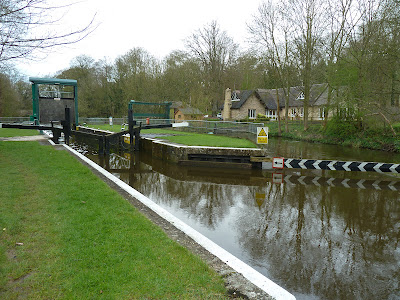 The view from front hatch of Lilford lock and 'cottage'
Posted by Nb Yarwood at 07:51