Having arrived back on Tuesday from a round of family visits we had arranged to stay in a hotel in Rugby for the next three nights.  On Wednesday morning after our first night in Rugby we arrived back at the boat where Joe set about scrubbing out the gas and pin lockers and giving both a coat of bulge paint.
[ 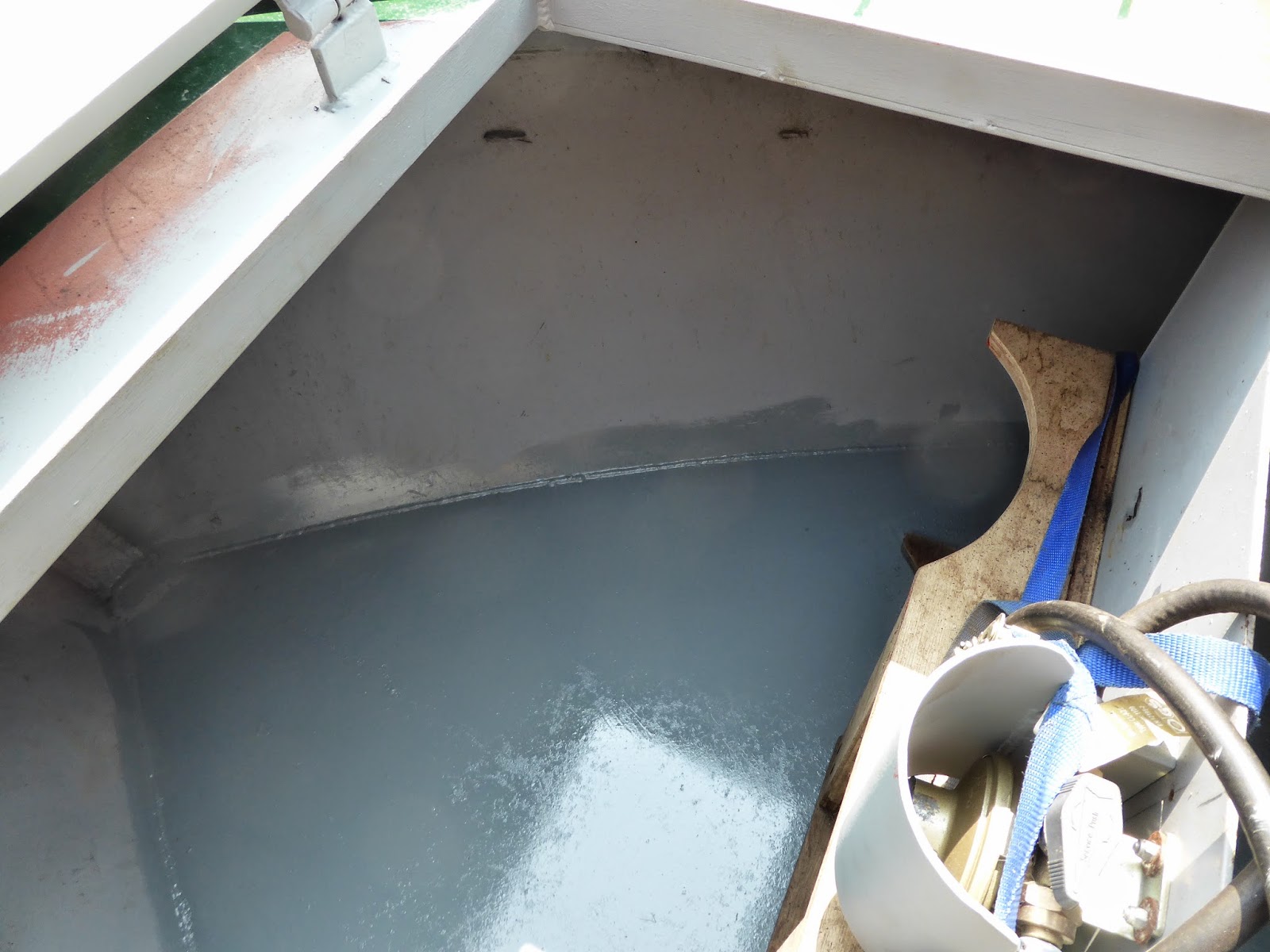 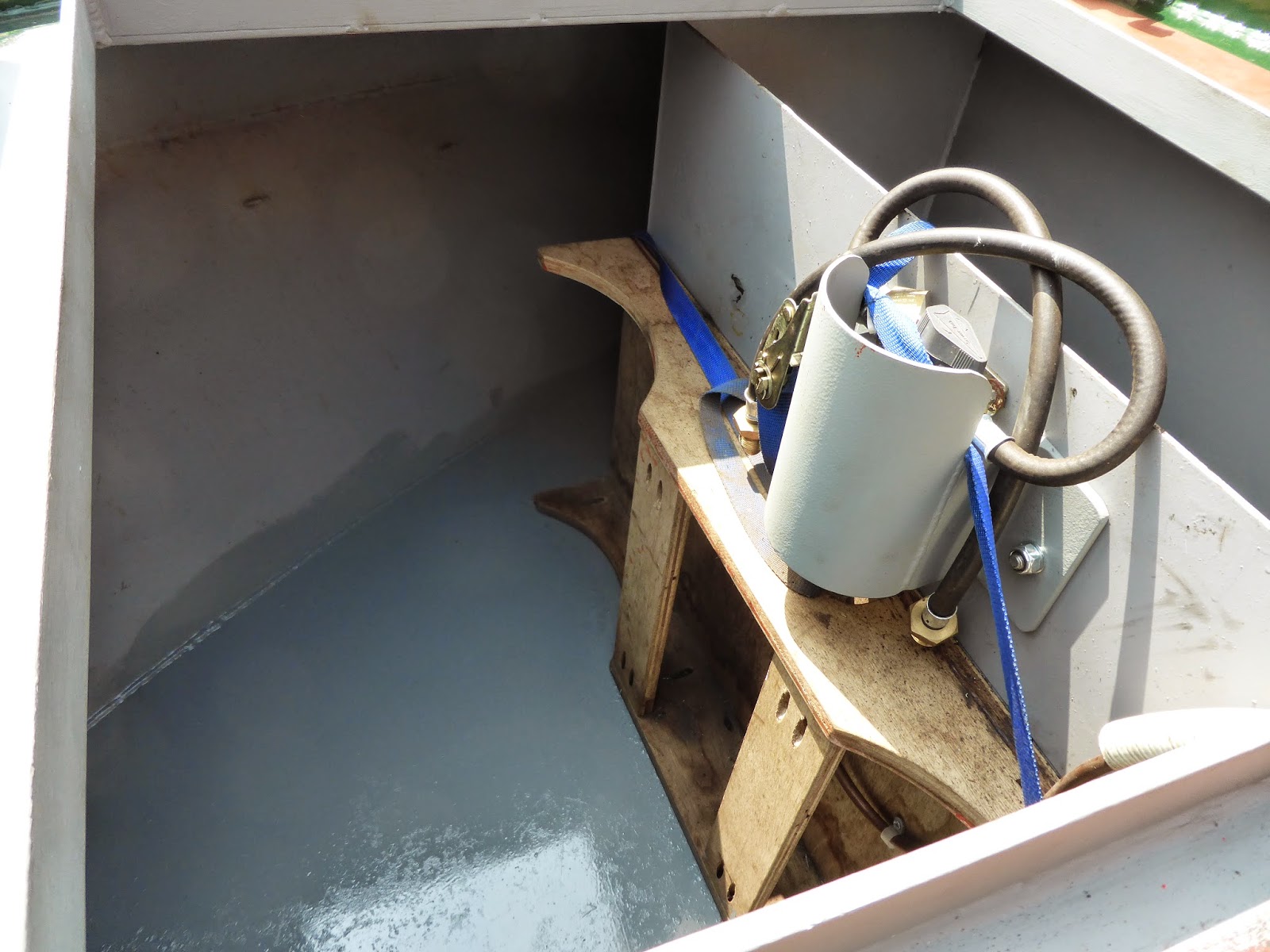 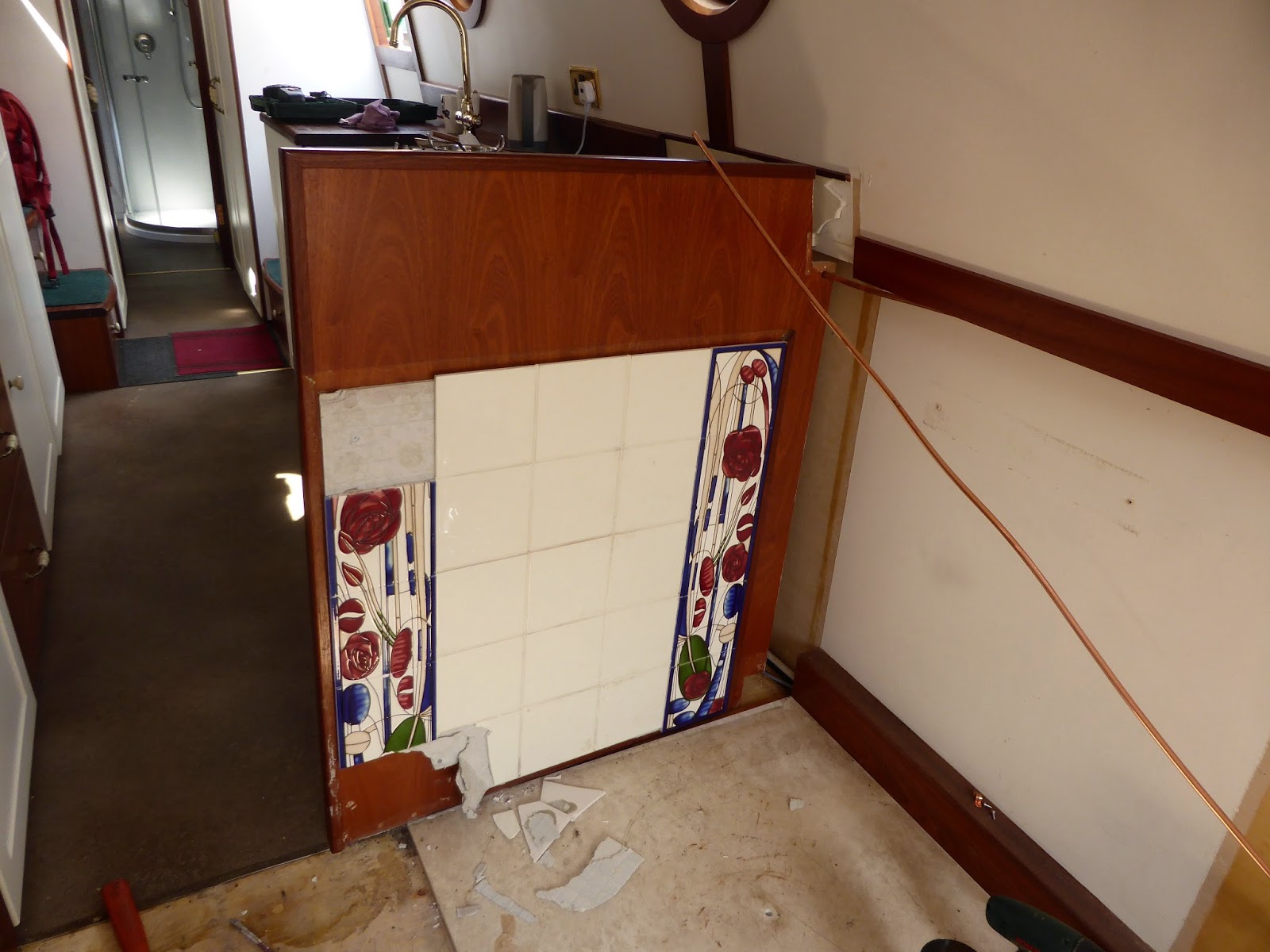 In the meantime I set to  dismantle the bulkhead between the galley and the saloon and remove the heath stone. 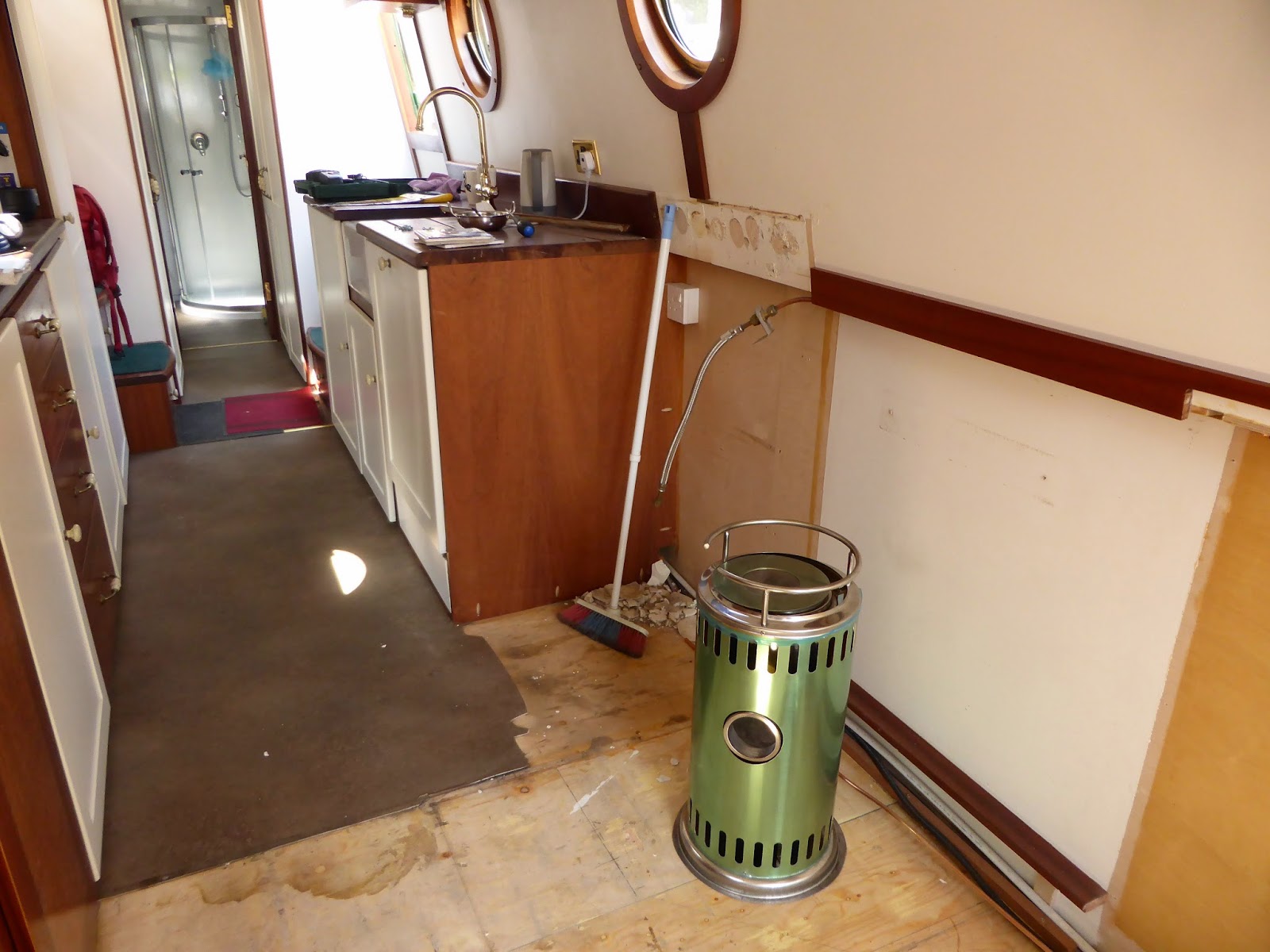 And there it was gone! 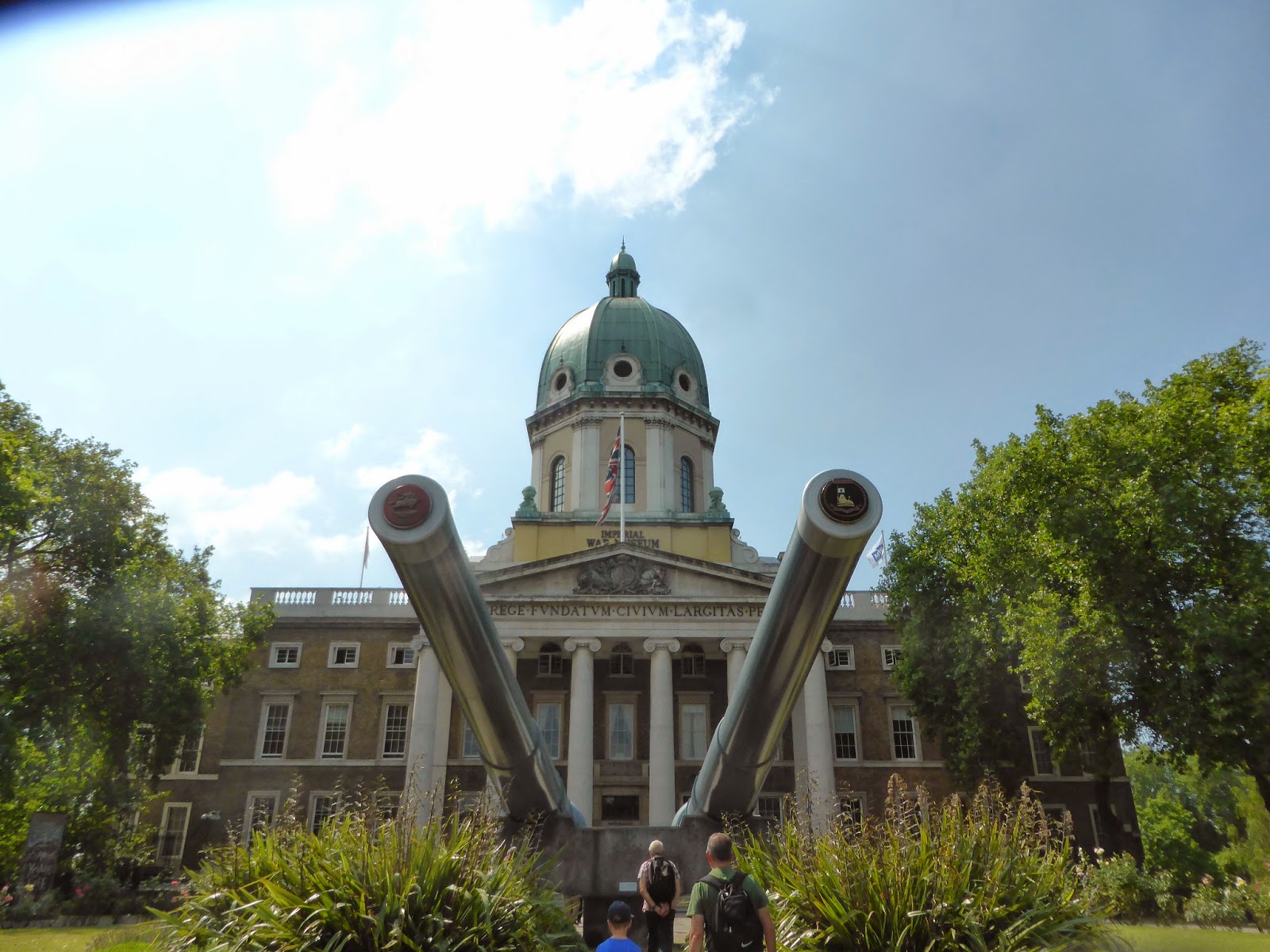 On Thursday we caught the London Midland service from Rugby into Euston and made our way across London to Lambeth where we planned to visit the new WW1 exhibition at the Imperial War Museum (IWM).  We had both spent years commuting to London for work but we are just Sooo delighted that those days are behind us!

The IWM was heaving.  Access to the new exhibition, that had opened for the first time on the previous Saturday, was by timed tickets but even that didn't help the congestion.  Joe persisted and saw the whole thing while I abandoned less than have way round and found a wall to lean on and await Himself. 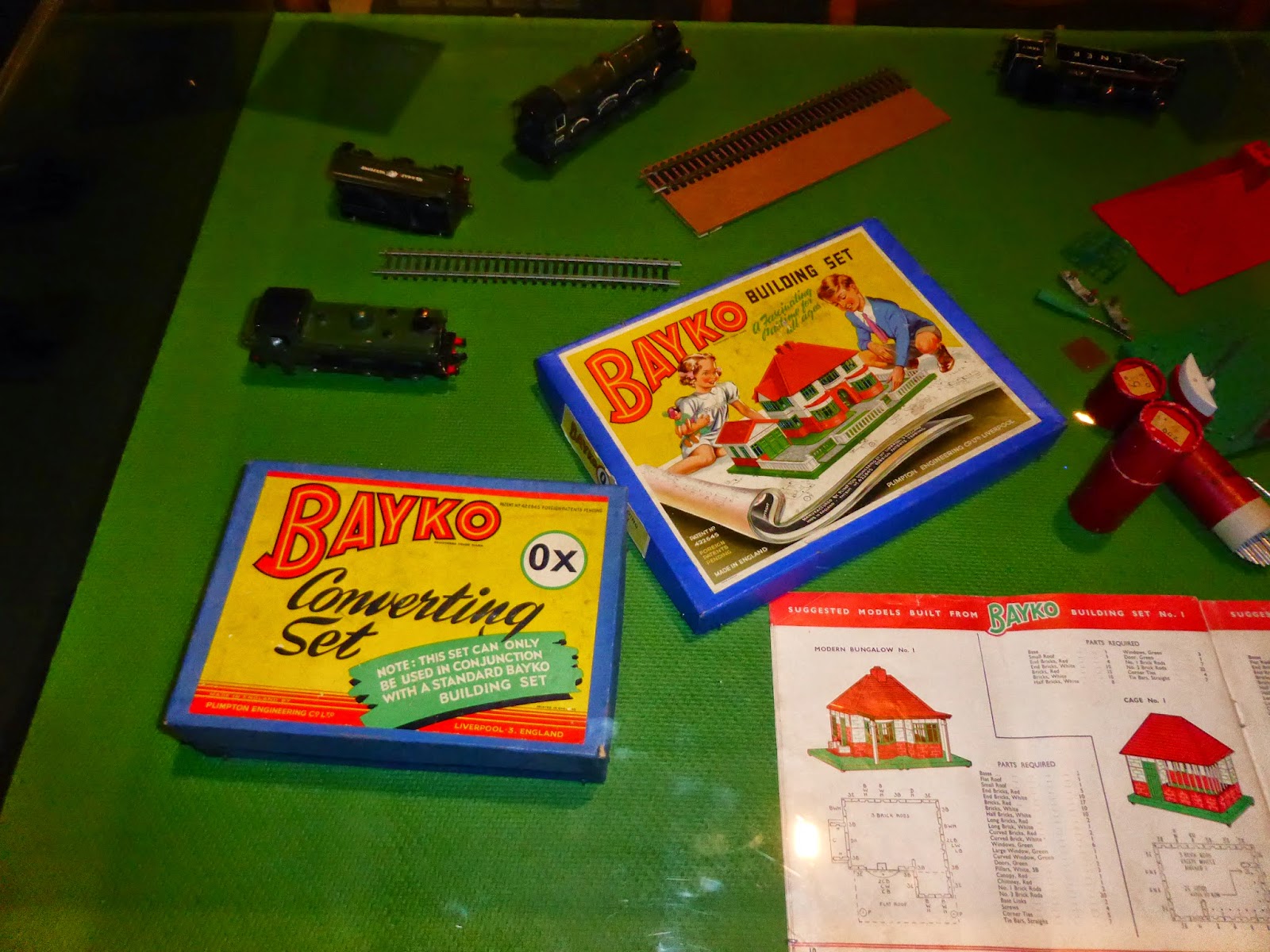 Bayko Building Sets - a precursor to Betta Build and Lego
I spotted this exhibit and thought of Keith on Nb. Hadar who has been blogging about this prewar (1934) childrens toy.  For you Keith!
﻿
Posted by Nb Yarwood at 06:46