Arriving in Stratford-upon-Avon on Thursday late afternoon we found no room in Bancroft basin so while Yarwood was in Stratford lock ready to drop down on to the river I dashed into the Avon Navigation Boat and purchased a two week 'licence' at £60.  Dashing back to a half empty lock I then entertained the myriad of tourists by running around gates,winding paddles and explaining what I was doing and how it all worked.  With the gates open Joe shot off like a rat up a drainpipe leaving me to find my way to the other side of the river in search of my 'home'..  Our first night moored on the river was, I am ashamed to admit, half across a water point.  I know, will I ever live that down?
Early next morning, very early, we moved into a space that was being vacated by the couple we had  come up the Hatton flight with.  We could now hold our heads up. 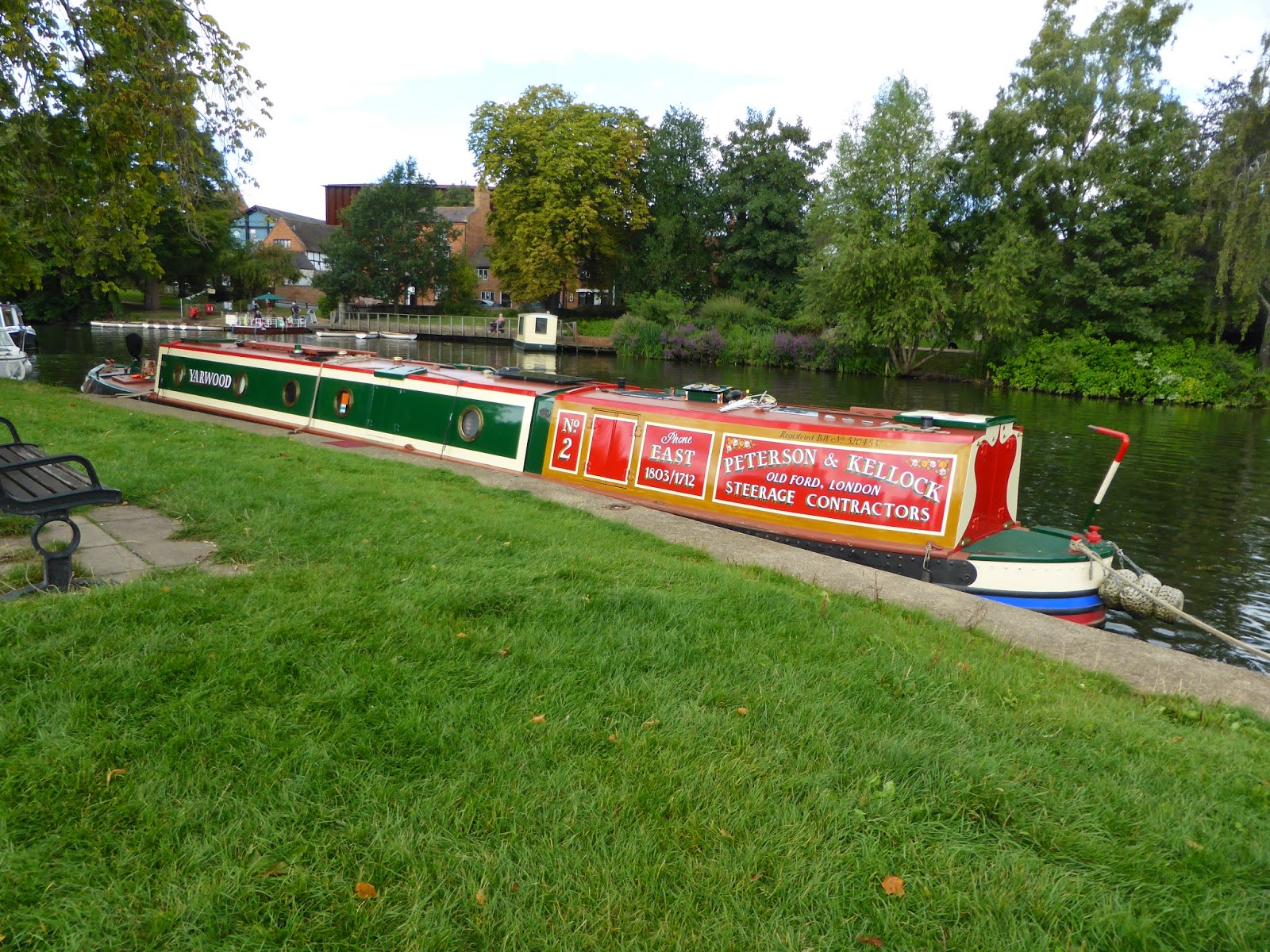 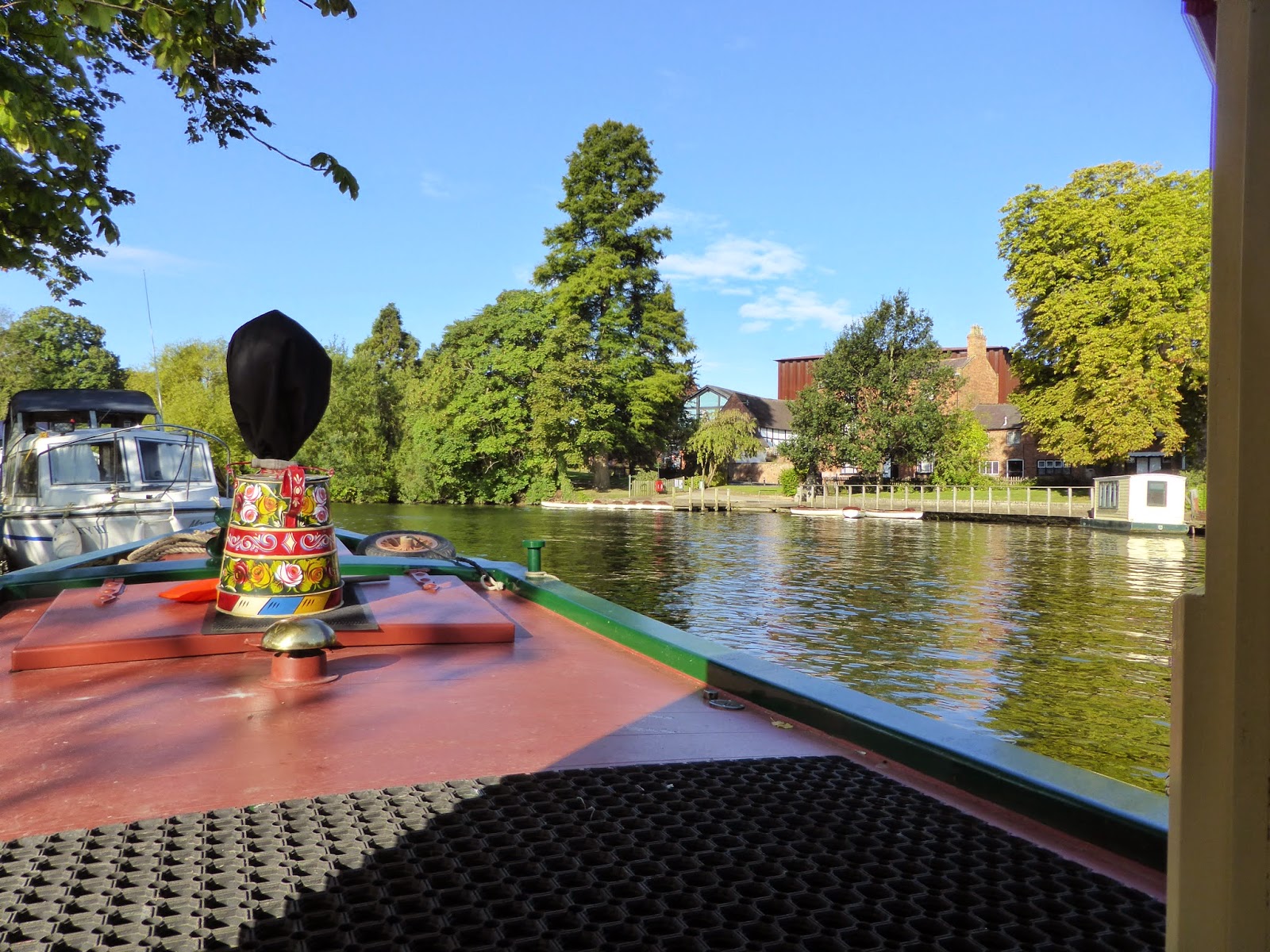 Room with a view
We stayed in Stratford for the next four days, wandered around the town a few times, walked the dogs out along the river, Joe did chores, watched the Grand Prix, hibernated on Monday while the heavens opened and we watched the river level rise...
Come Tuesday we moved off but the river was on amber and the stream was lively.  We moored up a after two lock and three miles. 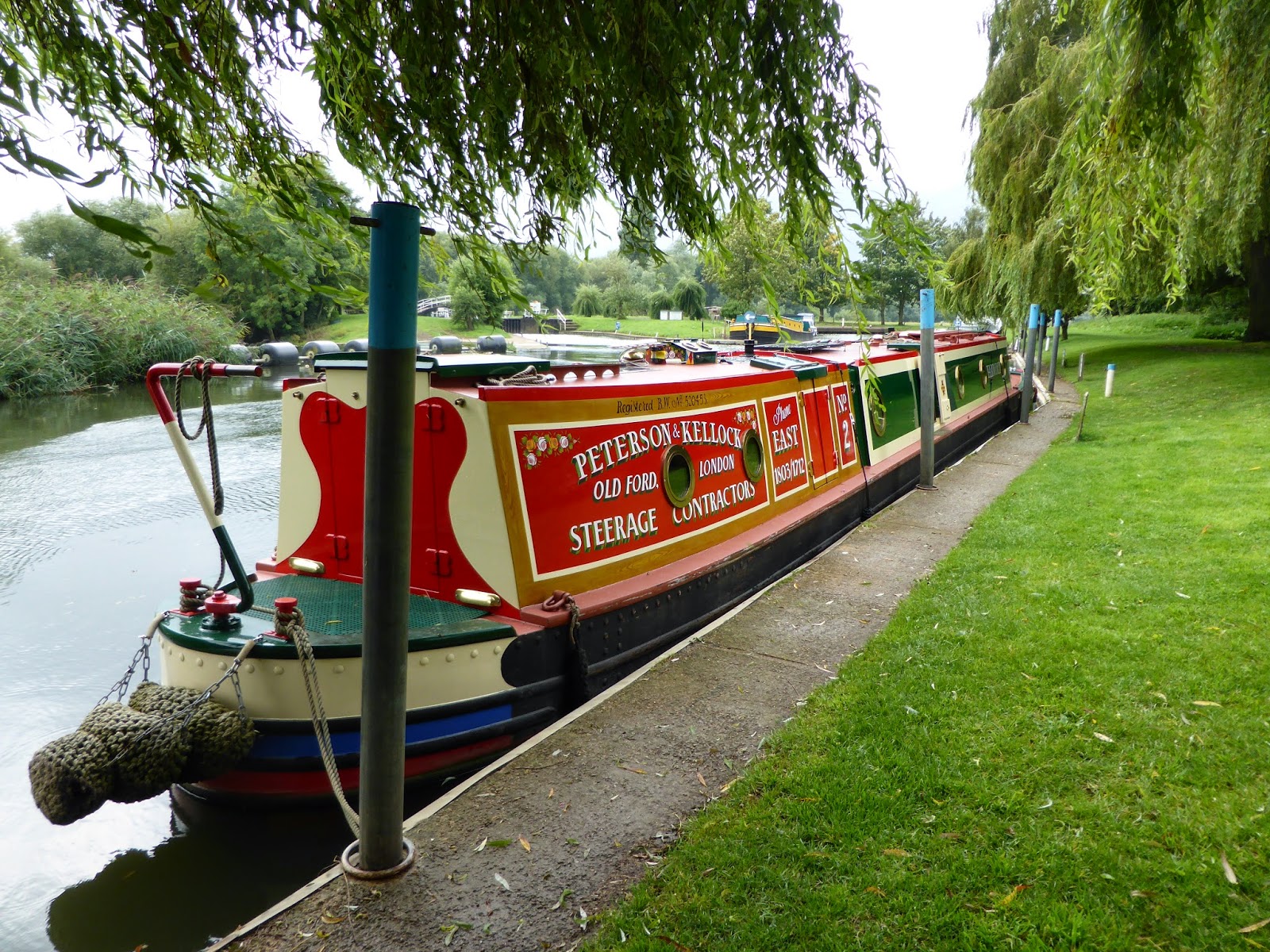 Moored above Luddington Lock
All services were available at Luddington lock so we serviced the boat, including giving her a wash, and set off this morning in glorious sunshine with a river that was hovering between amber and green...more amber, but the lower reaches so to speak. 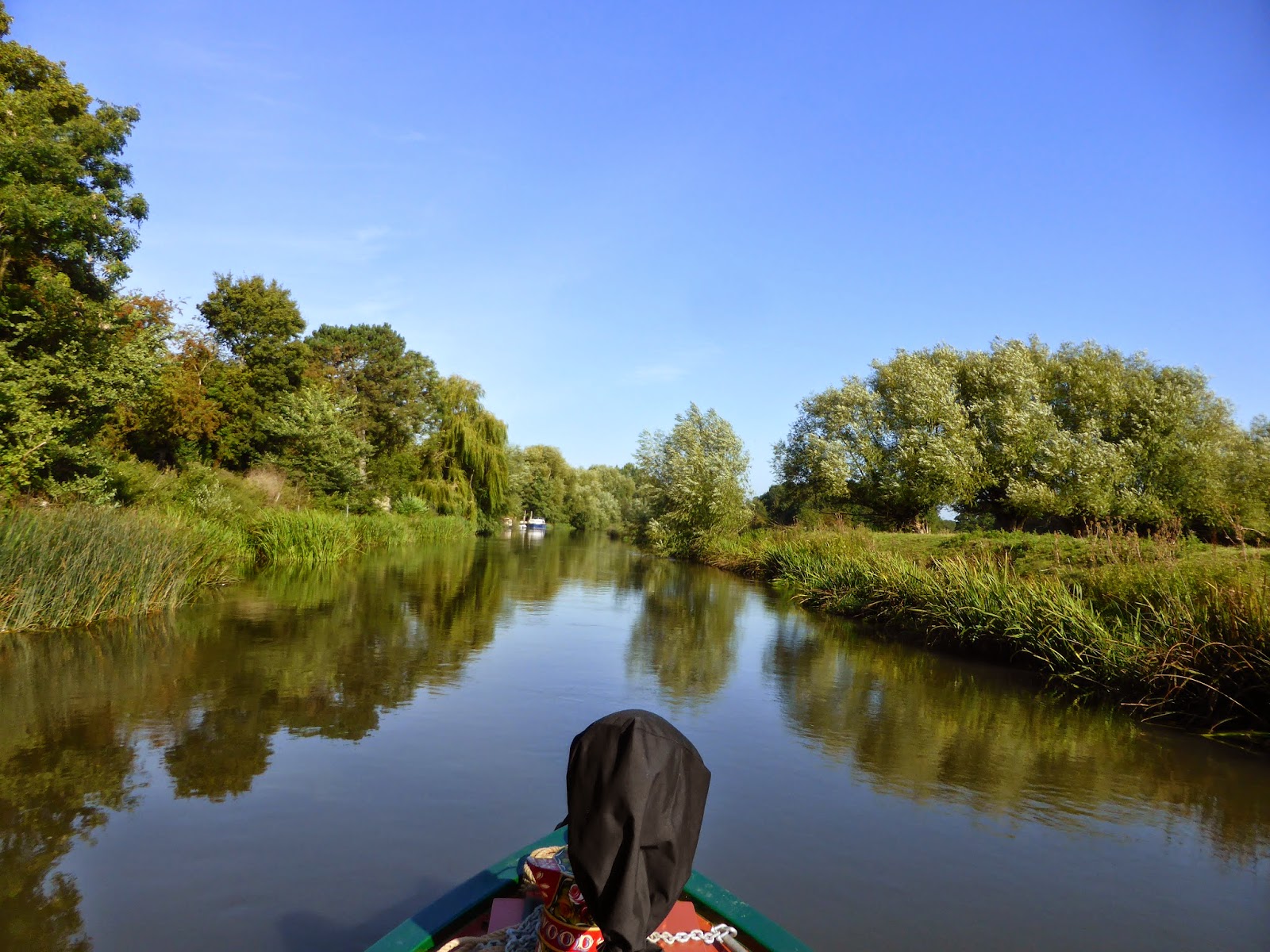 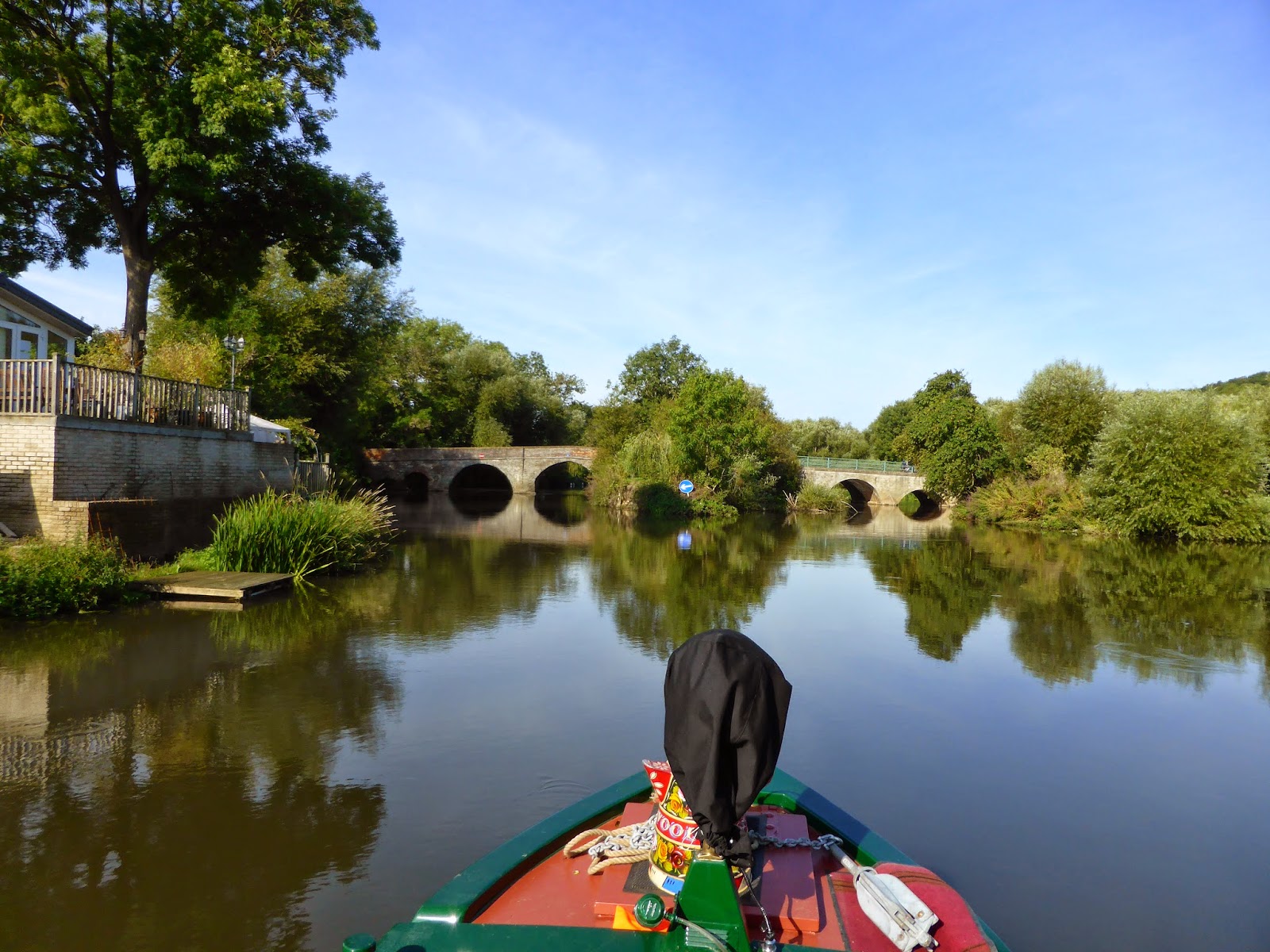 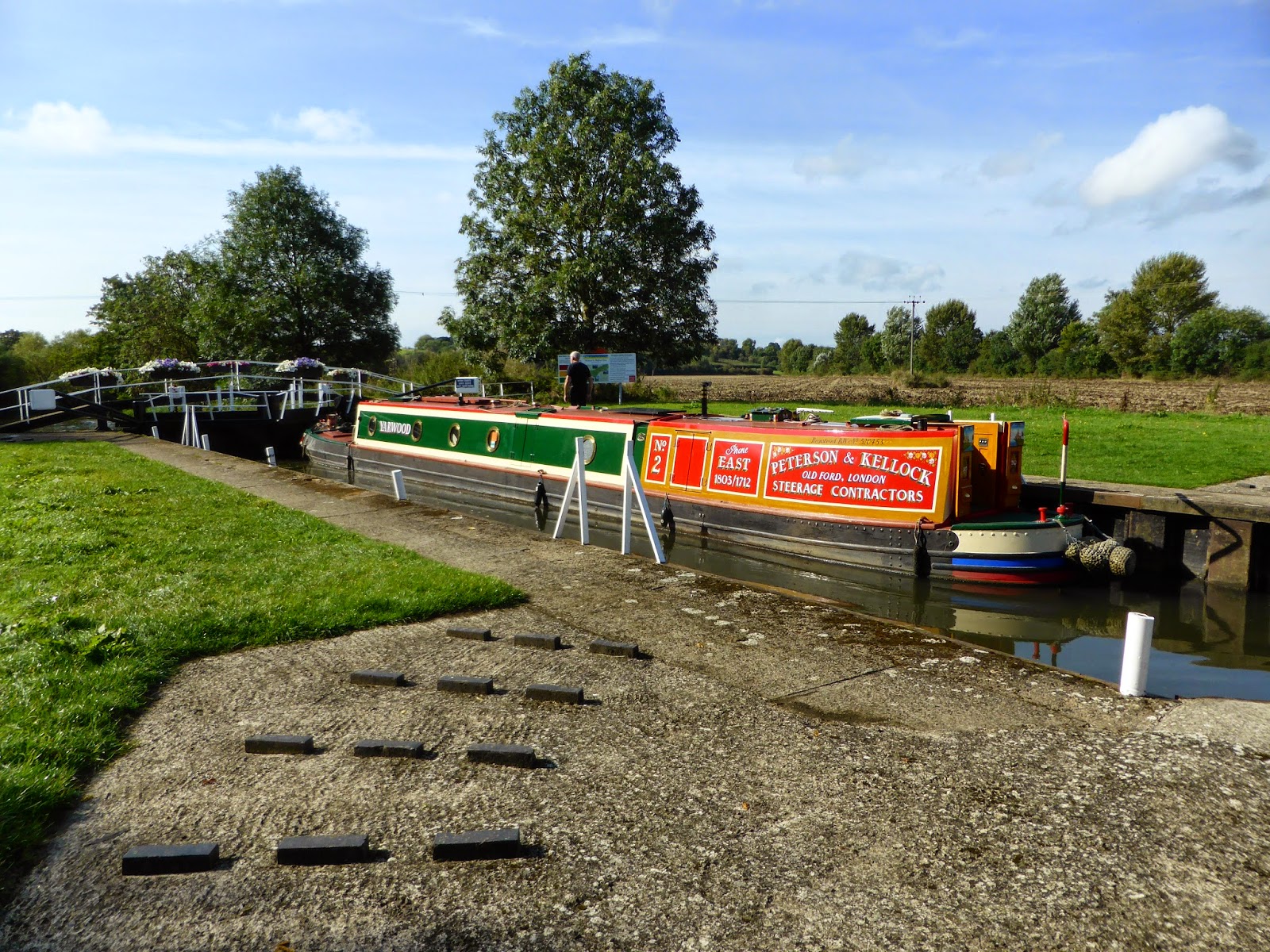 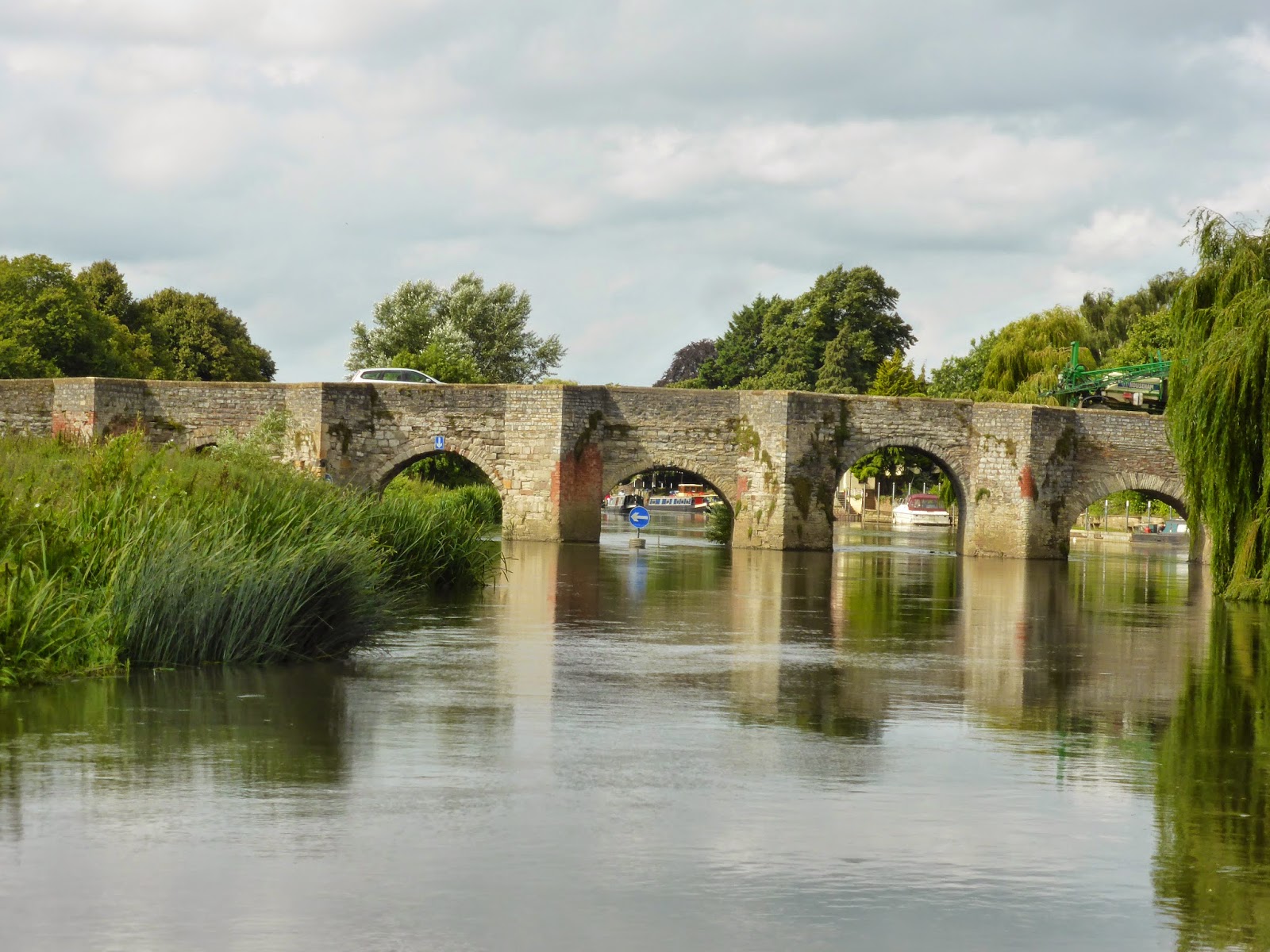 Bidford Bridge
The stream is still lively and getting Yarwood through the designated arch at Bidford was...artful. 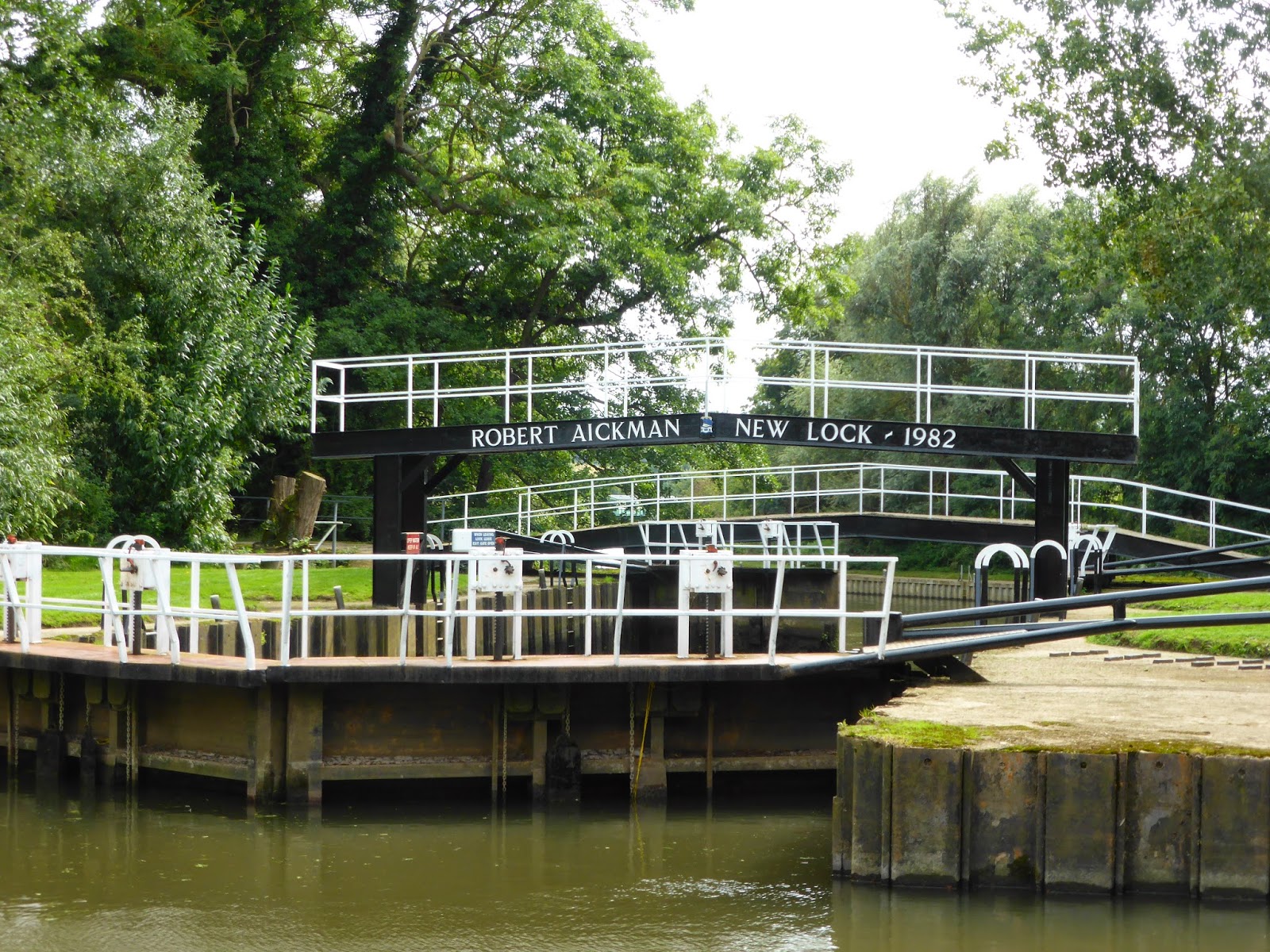 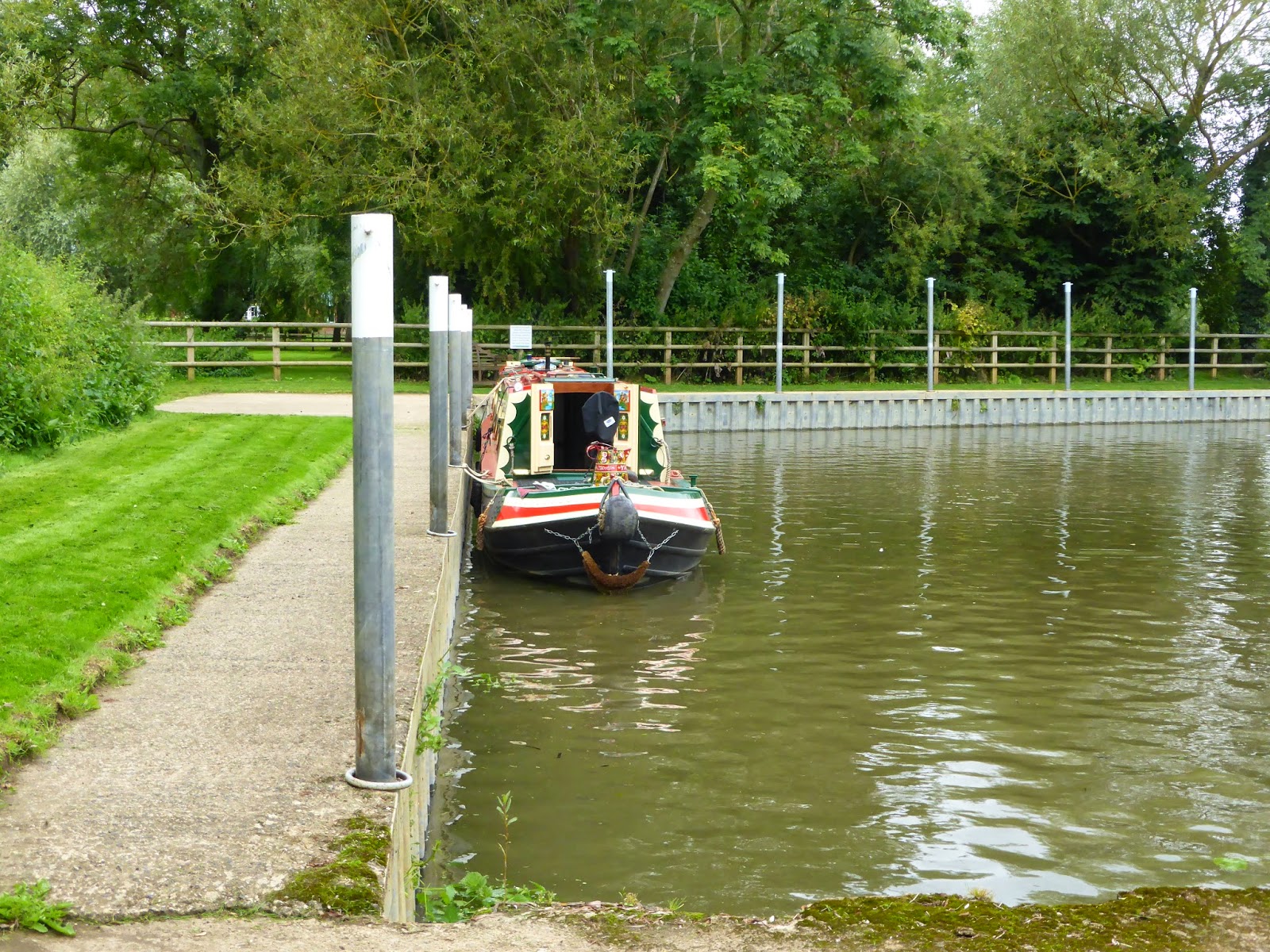 Wednesday night mooring above Harvington lock
We called it a day a Harvington and moored up then took the dogs for an excursion as they had been confined to the boat whilst cruising - still a bit of an improvement though as they were able to be with me in the tug deck and see where they were going rather than be stuck inside the boat.  Whilst going off exploring we met blog reader Paula on, I think, Nb. Resolute as they worked through Harvington lock on route to Saul Junction.  I was given a gentle nudge to update...so here it is Paula.
I must say, with the sun out I am thoroughly enjoying the Avon..
Posted by Nb Yarwood at 06:00