On to the R.Severn and Gloucester Docks await us

Yesterday morning we were fiddle-faddling (technical terms) about when a narrowboat slipped through the bridge and headed past us for the lock.  The steerer, who was single handling, asked me if were wanted to drop through the lock in which case she would wait for us...We stopped fiddle-faddling and got ourselves, and boat, in gear and into the lock. 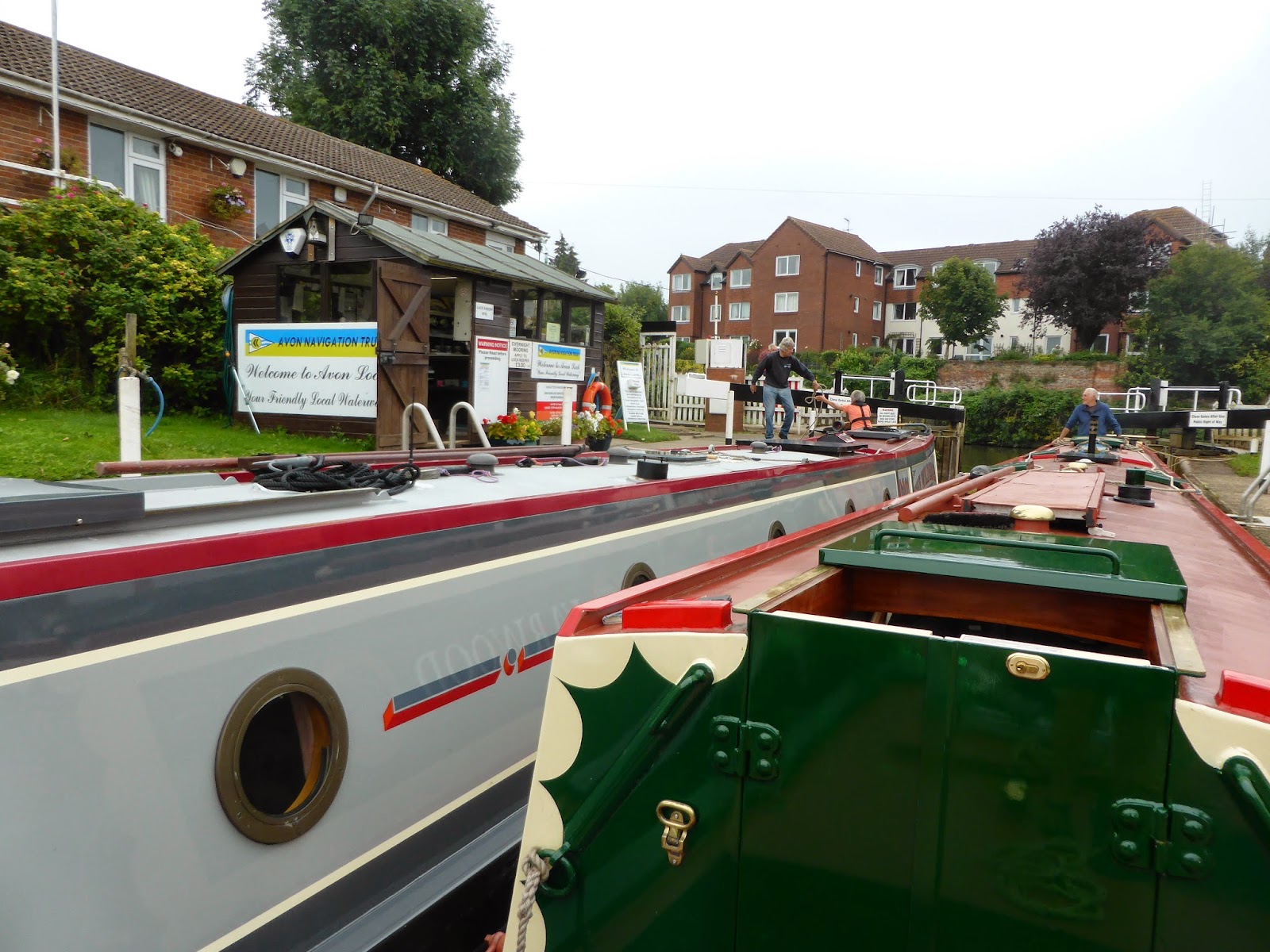 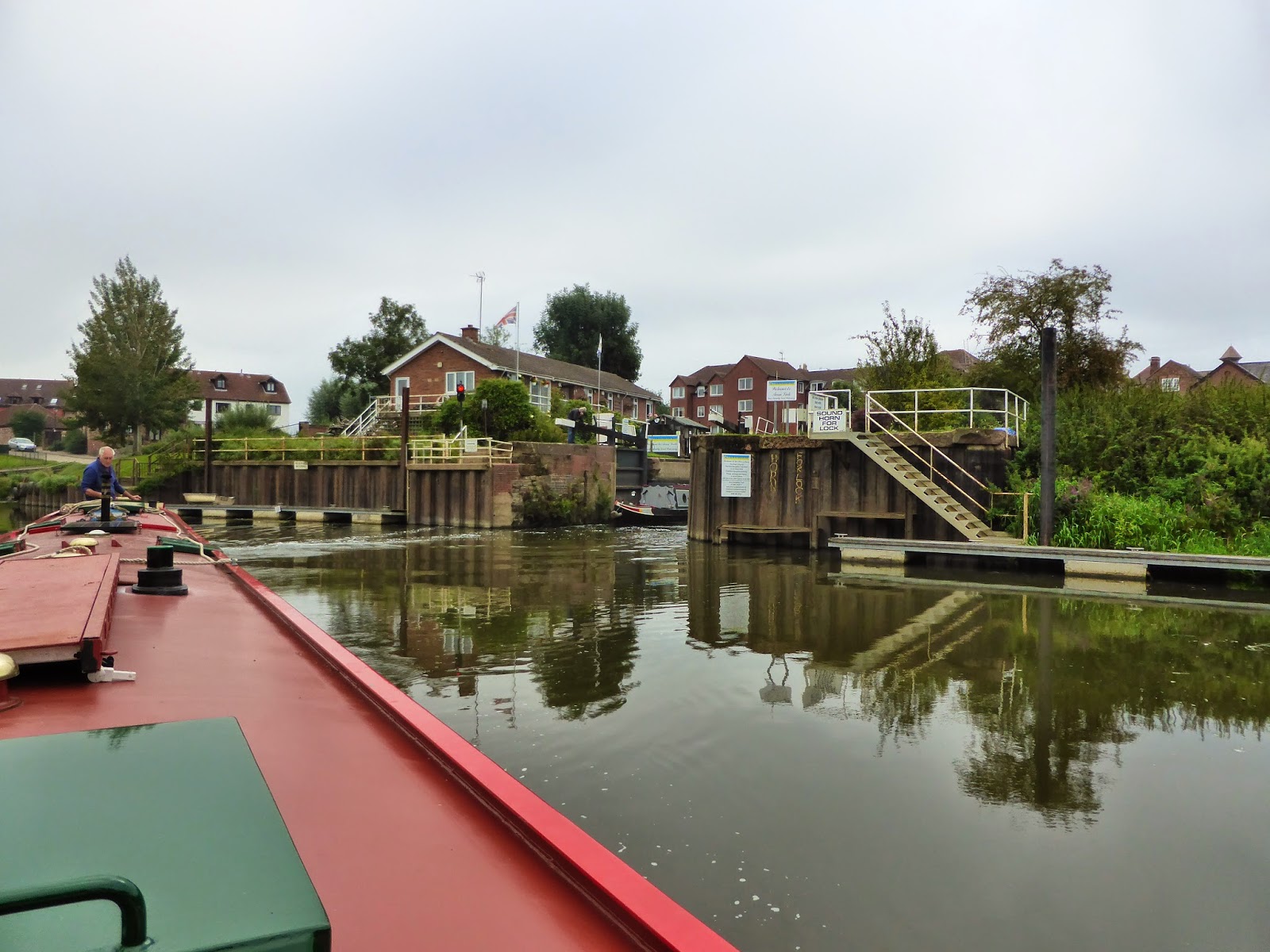 That's it, we are now technically off of the Avon

The lock keeper had called ahead to the next lock at Upper Lode so it would be ready for us and gave us some advice about the safe approach to Gloucester lock...more of which later. 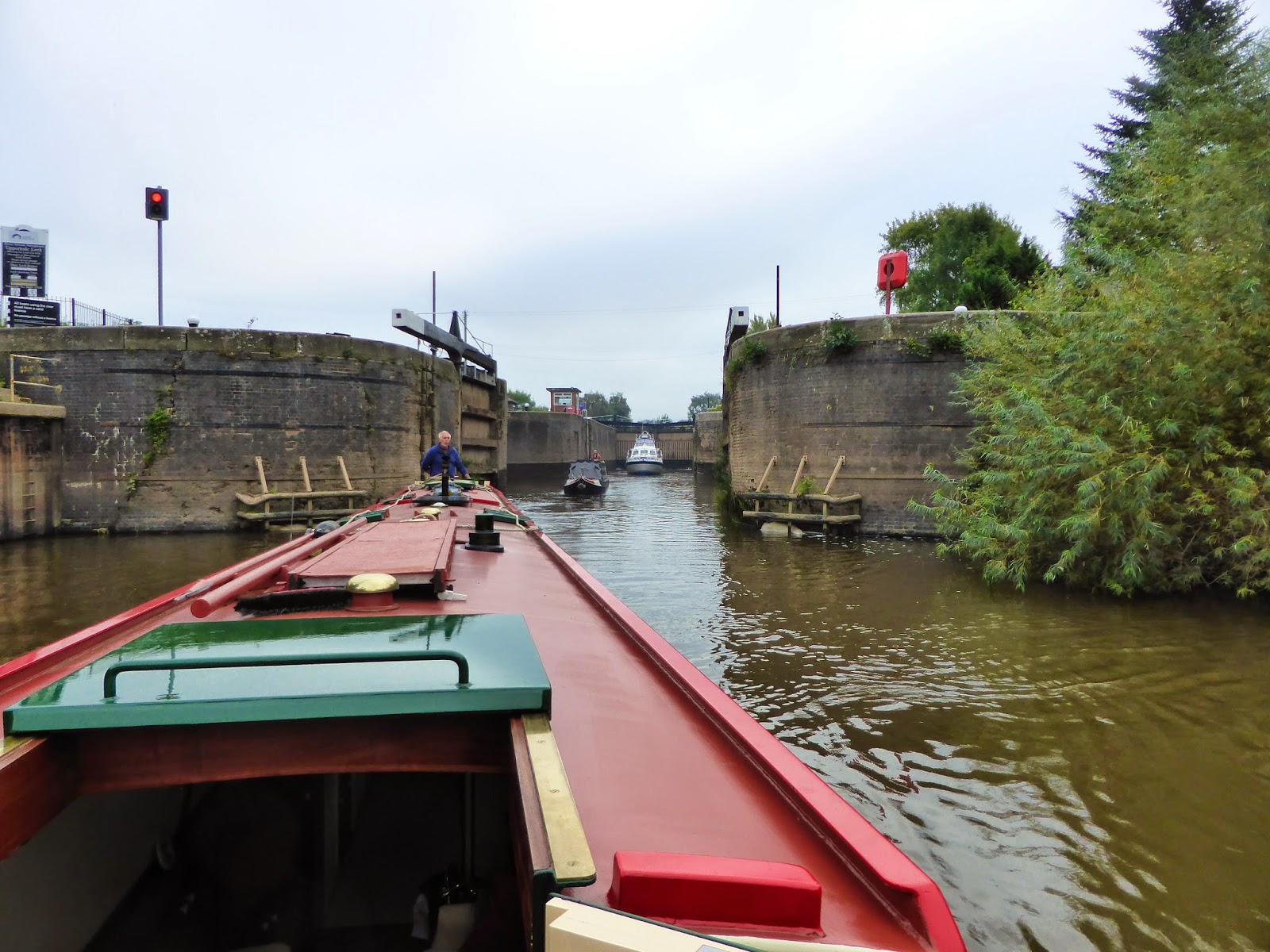 Leaving Upper lode lock
The lock at Upper Lode was enormous and we were joined by a 32'cruiser with a fly bridge ( I looked up how much these cruisers sell for and a 30 plus year old boat goes for in excess of £30k!), a kayak and the narrowboat we had travelled with from Avon Lock - there was still room to get a few ships of the line in with us... 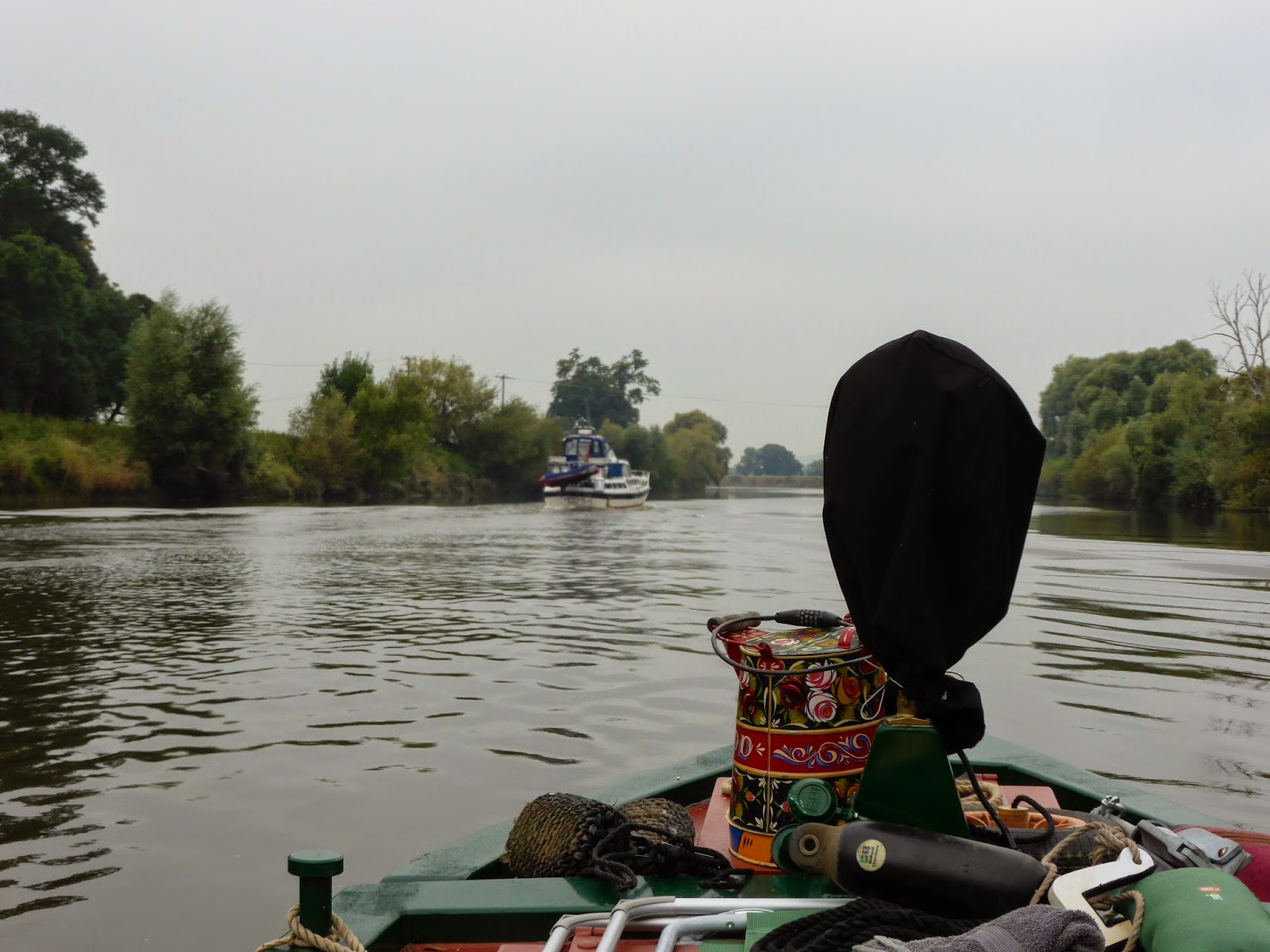 The cruiser overtook us as soon as possible 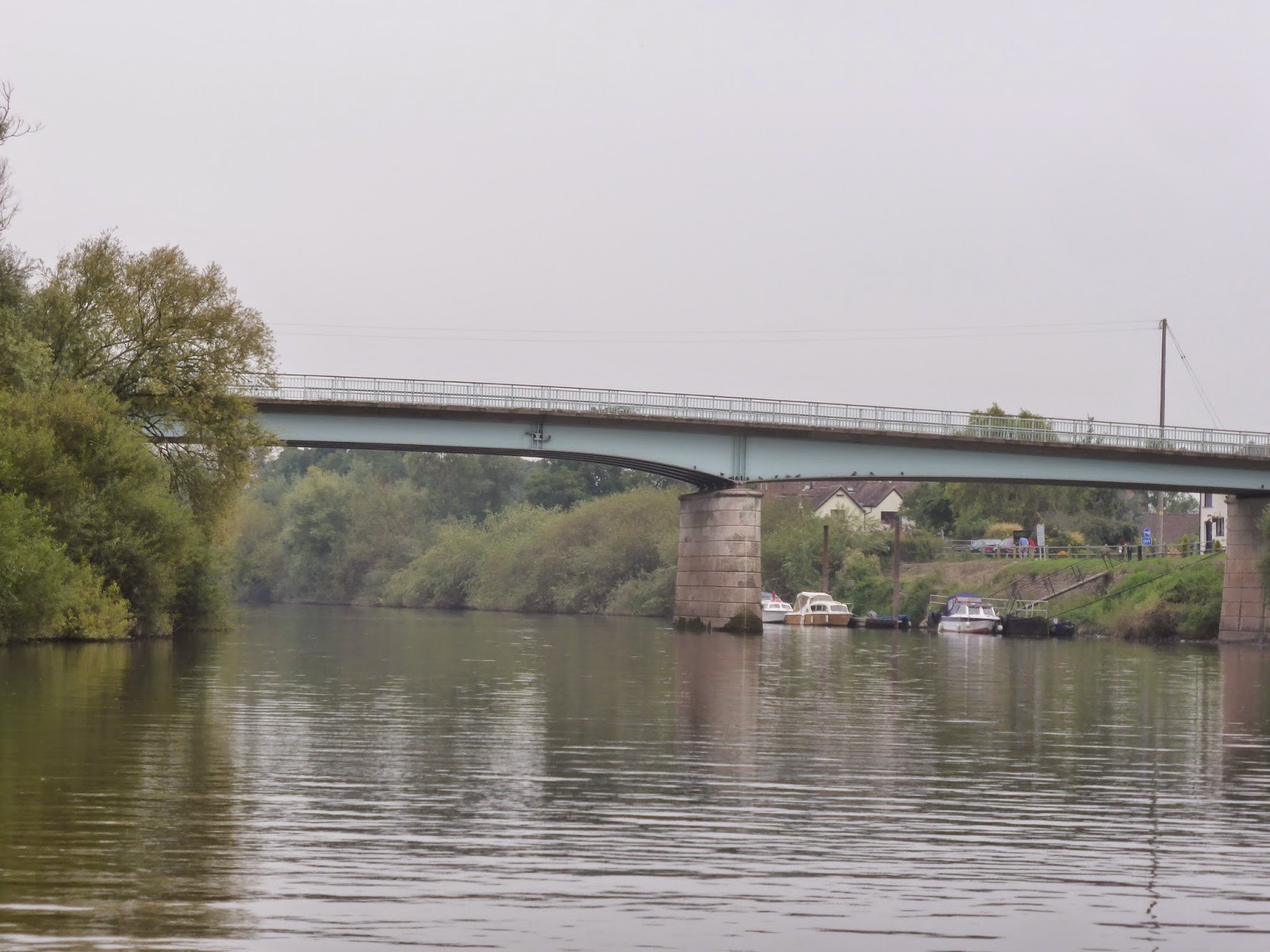 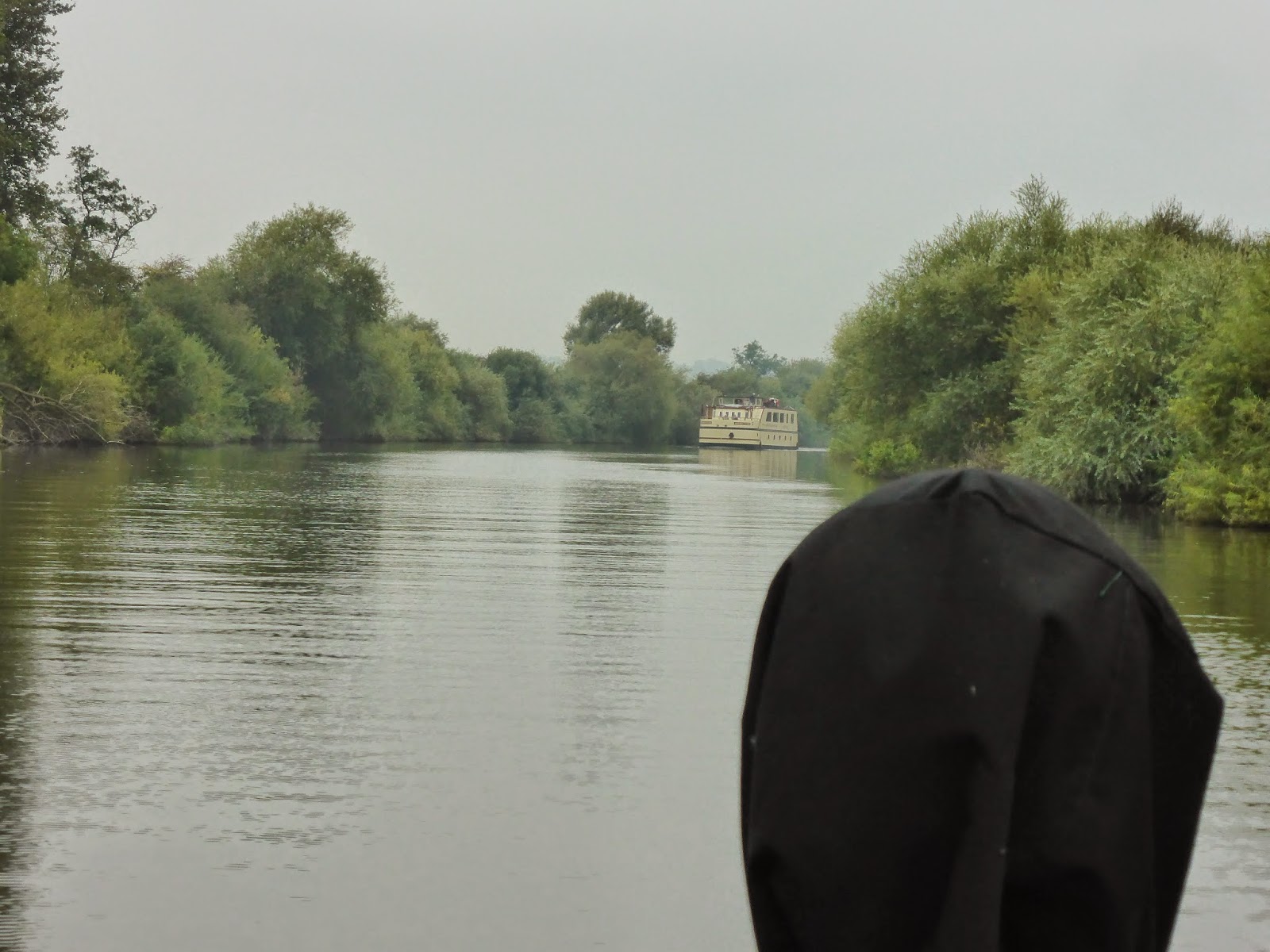 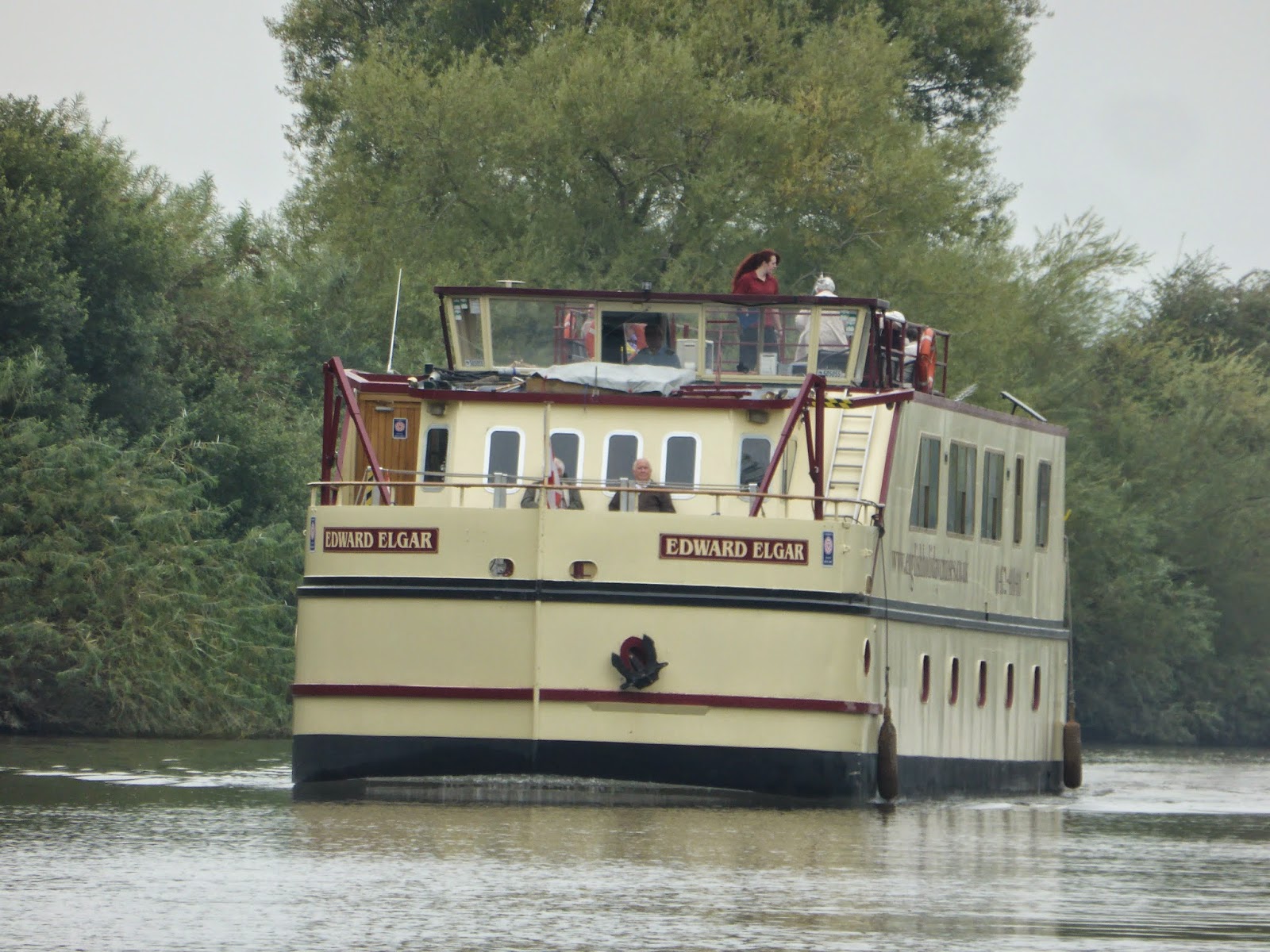 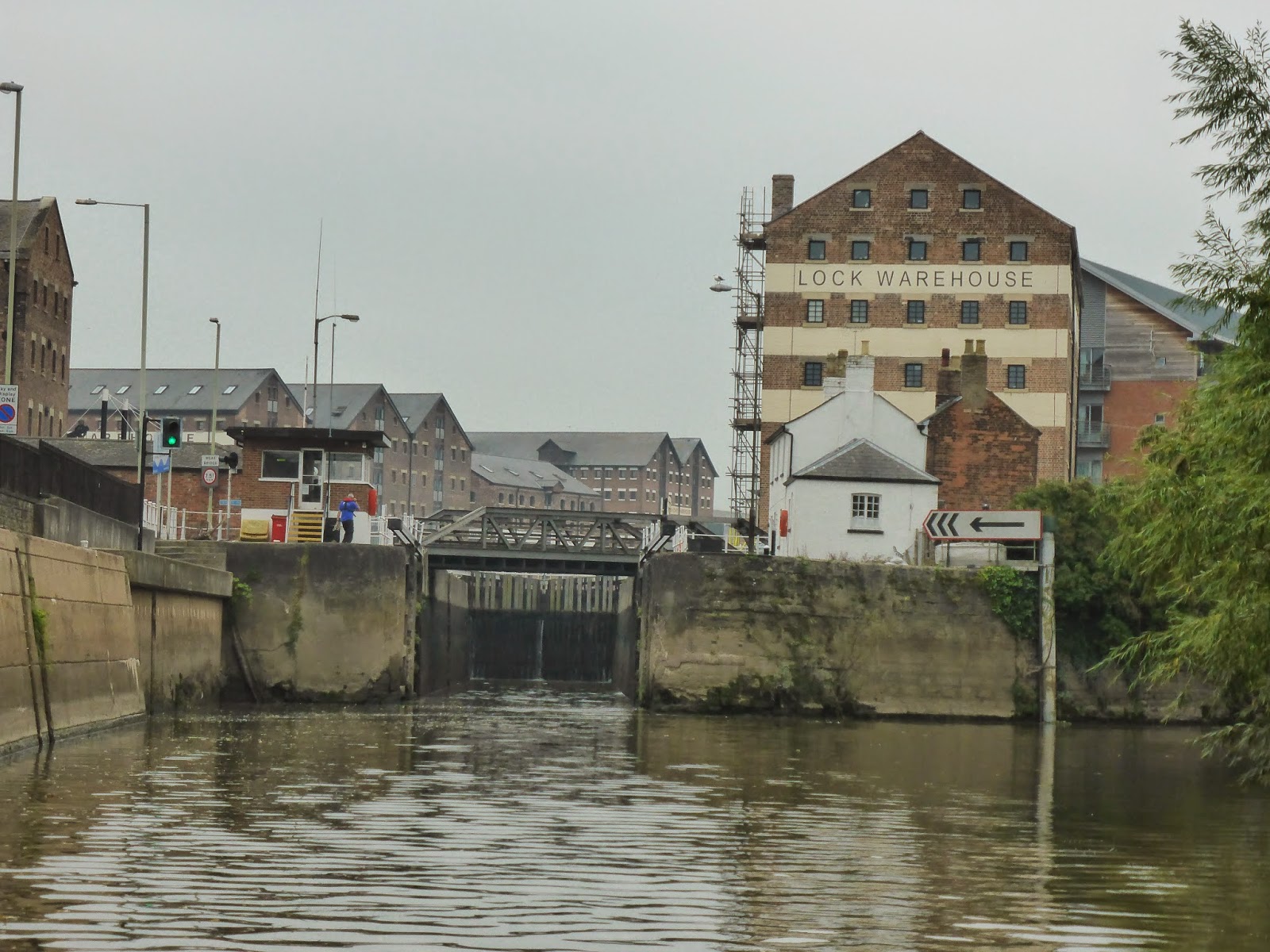 The approach to Gloucester Lock
Following the advice of the Avon lockie I had called ahead to the Gloucester lock keeper to warn of our approach when we were two and half miles away and again when we were within a mile.  The lock was readied for us and Joe got the boat well over to the left to make the approach as there is a strong sheer (flow) across the lock entrance towards the weir.  Joe fair gunned Yarwood into the lock where we waited for our single handler to arrive.  She gunned in as well and rafted up to Yarwood while the lock keeper filled the lock and raised us up onto the Gloucester and Sharpness canal.
As the gates opened there was revealed the historic Gloucester docks! 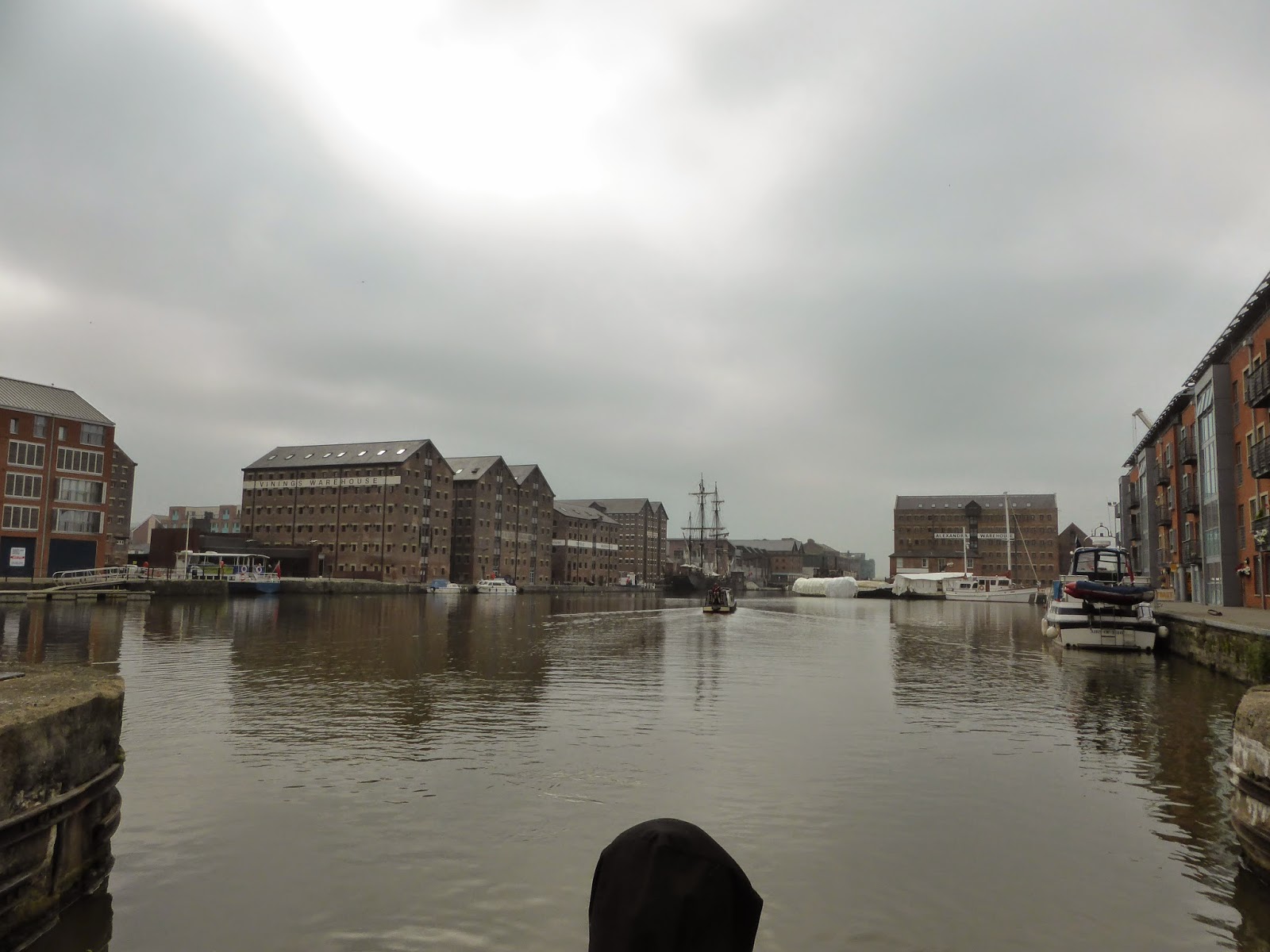 Our first view of Gloucester docks 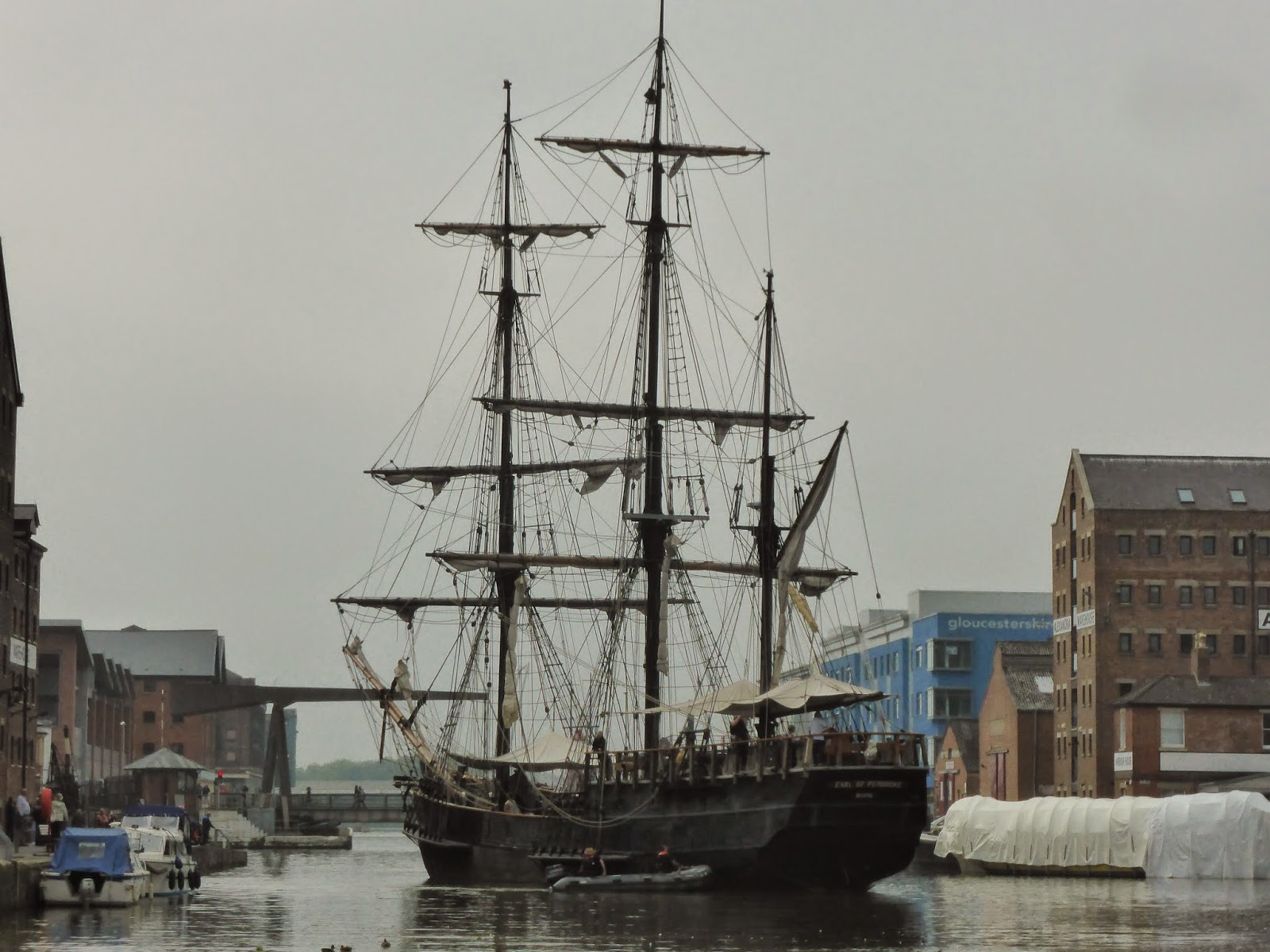 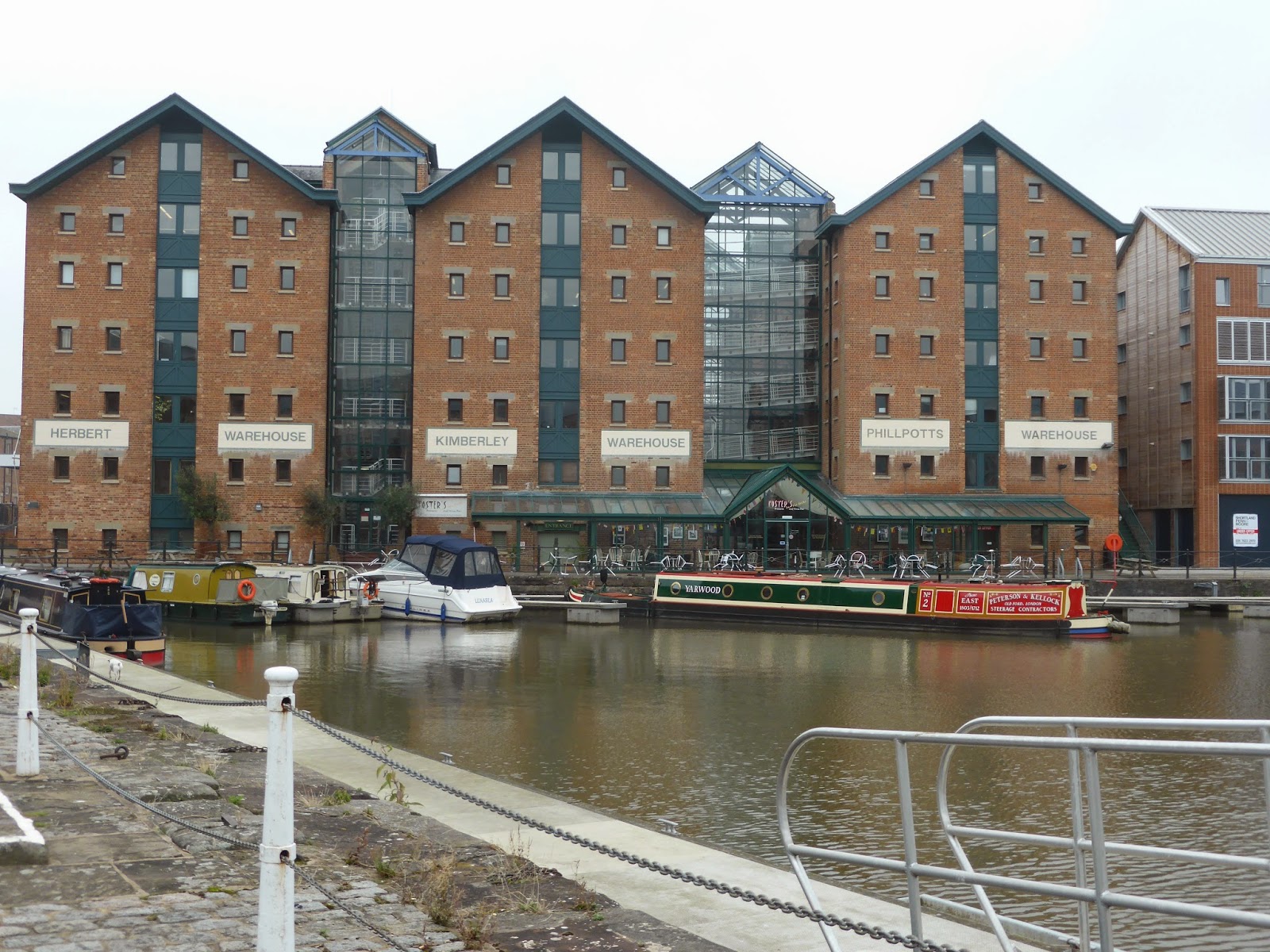 Our mooring.
We will stay here for a couple of nights before moving off slowly towards Sharpness.
Posted by Nb Yarwood at 13:17