Weekend in Pershore, Monday it's Tewkesbury

Arriving in Pershore Friday afternoon we secured ourselves a mooring on the recreaction ground and settled ourselves for the weekend.  All essential boat services are available on the moorings, including an Asda 2 minutes walk away  and there is space for perhaps a dozen narrowboats, and many more plastics if you factor in the reduced space they take up.    Friday night was a bit trying however as the local youth club had a 'do' so from 6pm through to post midnight we were blasted with a bass beat that resounded through the closed doors, portholes, ear plugs, pillow over the head...you get the picture.
I sent off an email to Wychavon Council...congratulating them on the super moorings, congratulating them  on actually having a Youth Club but mentioning that the noise was a bit over the top and perhaps a trifle anti-social..  Thankfully Saturday and Sunday nights were quite undisturbed.
And so to Pershore itself, a lovely Medieval town with the remnants of a former Abbey and extensive Regency terraces mixed in.  A wide range of independent shops including traditional butchers, green grocers, bakers, hardware, cafes and pubs, quite charming. 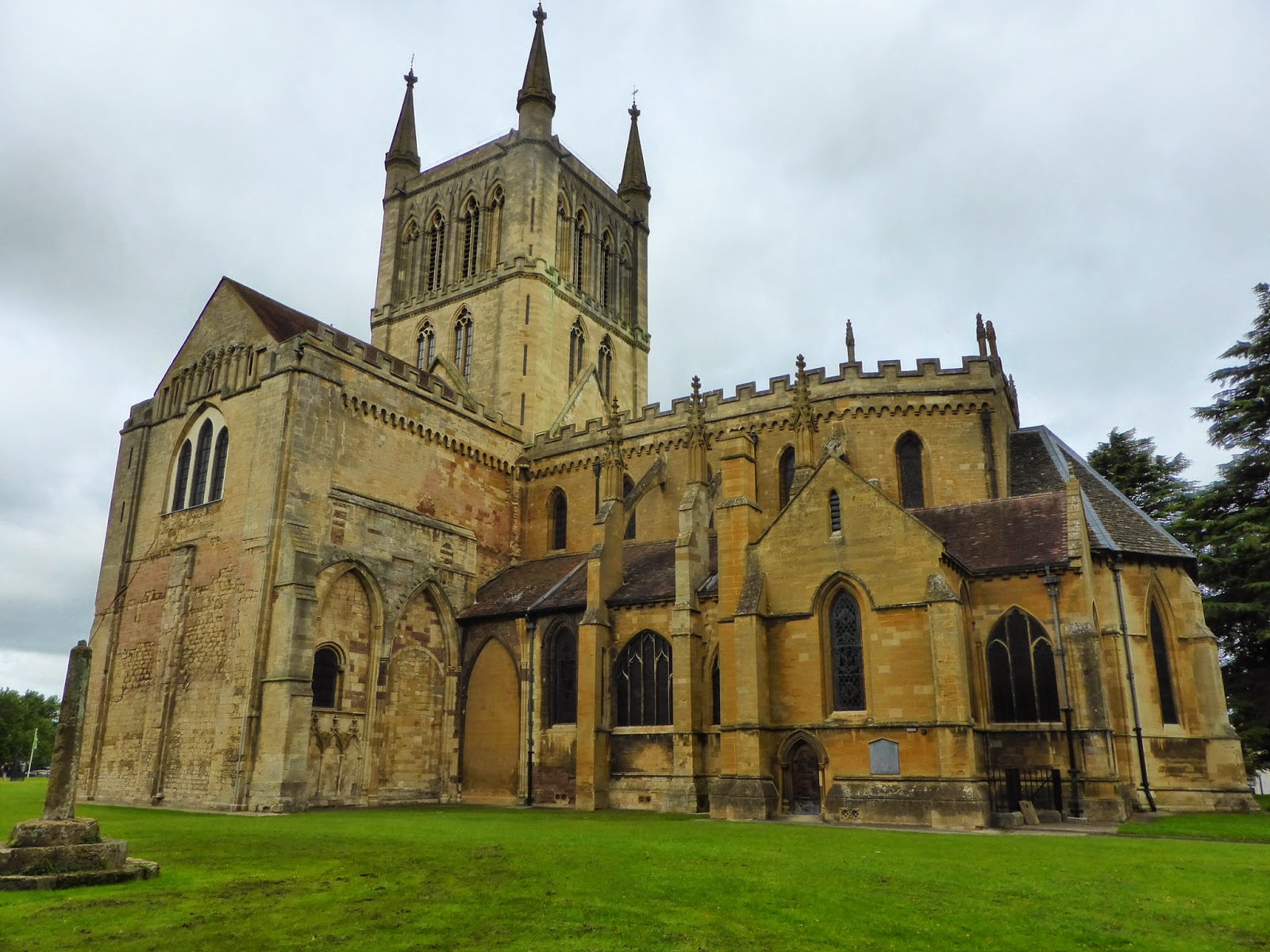 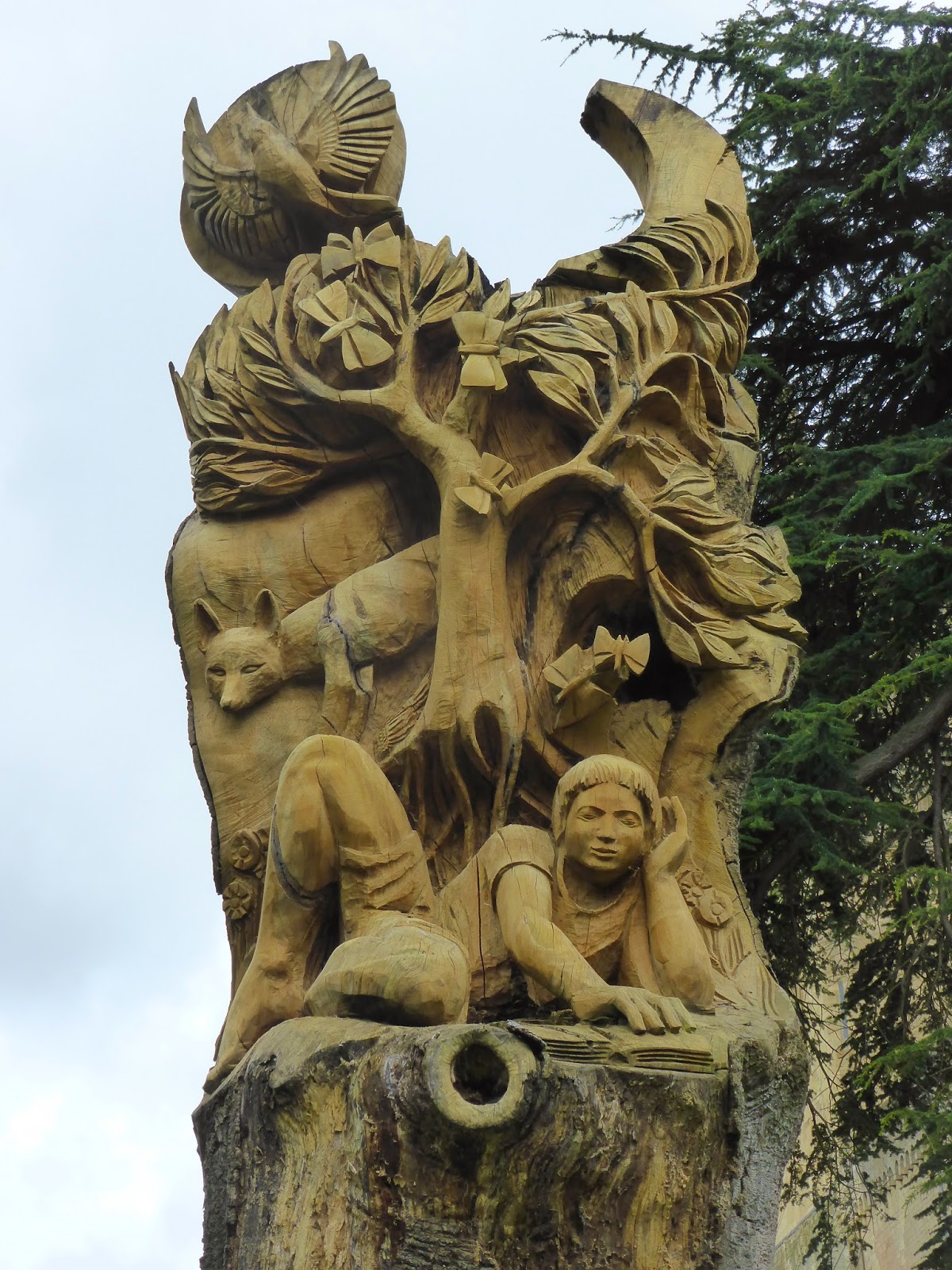 Tree carving in the Abbey grounds 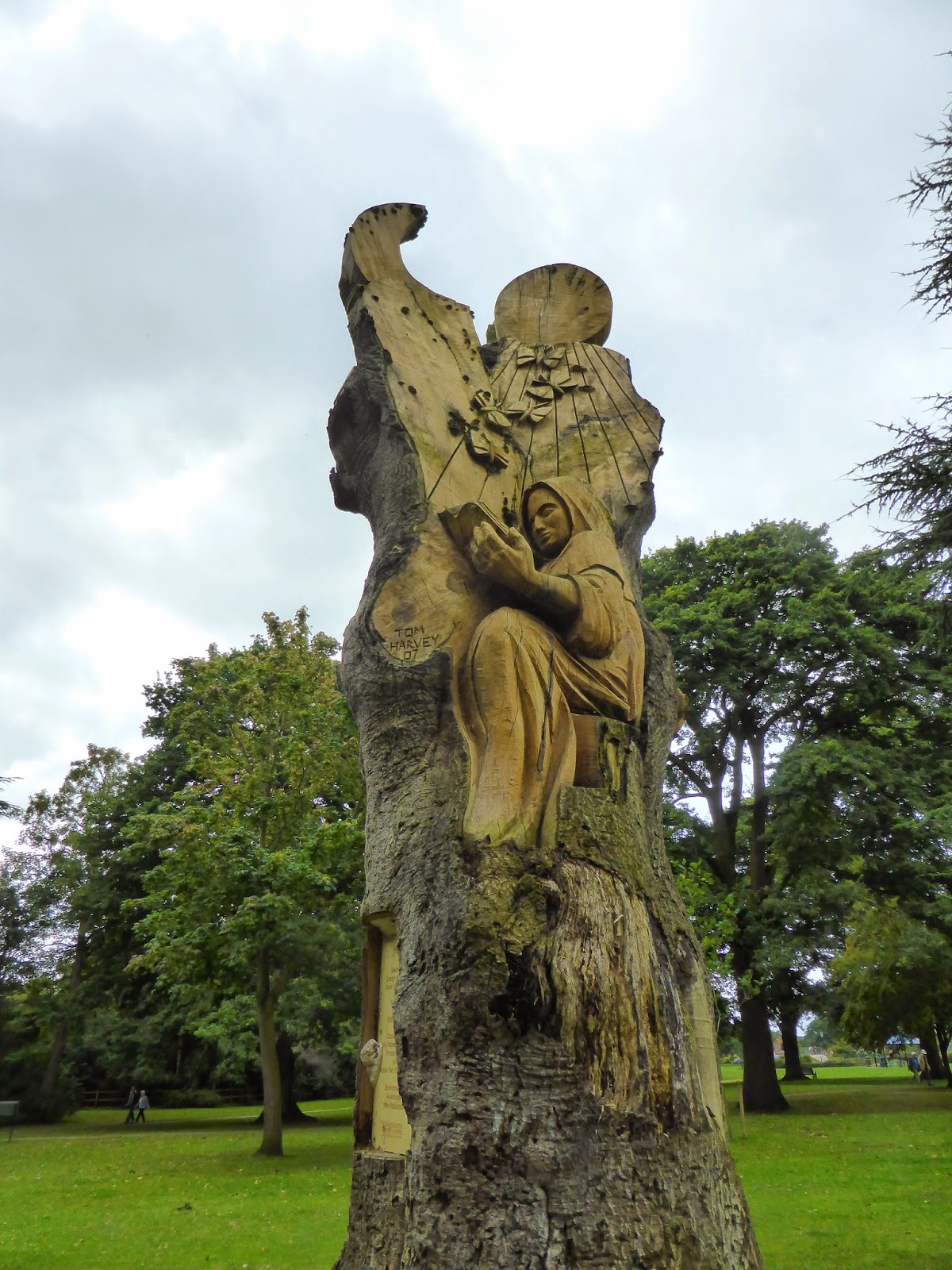 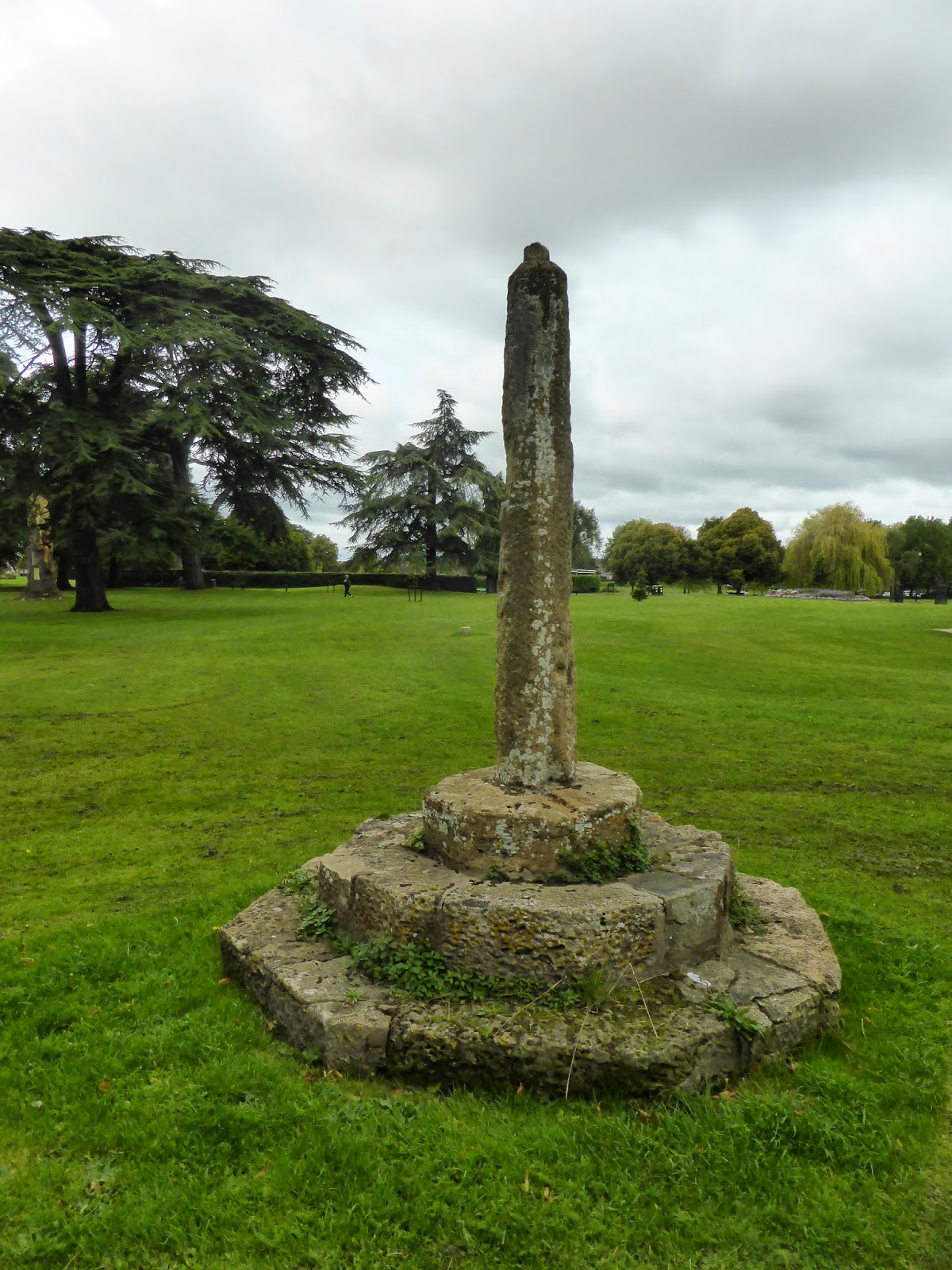 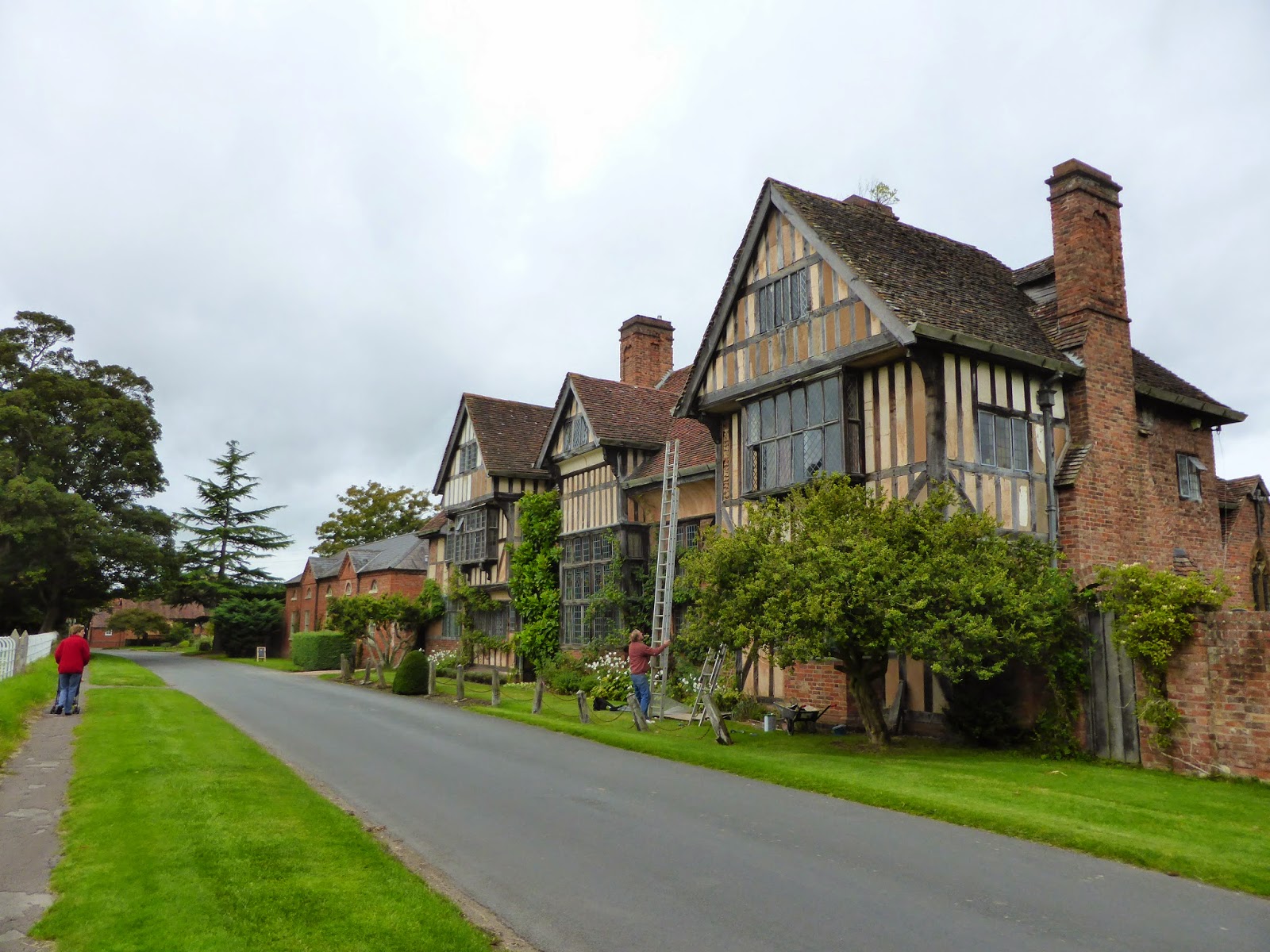 Out walking the dogs and I wandered off to Wick, a local village just across the River Avon. Above is Wick Manor, Tudor, timber framed and once the home of Catherine Parr, Henry VIII's last wife and his only widow.. 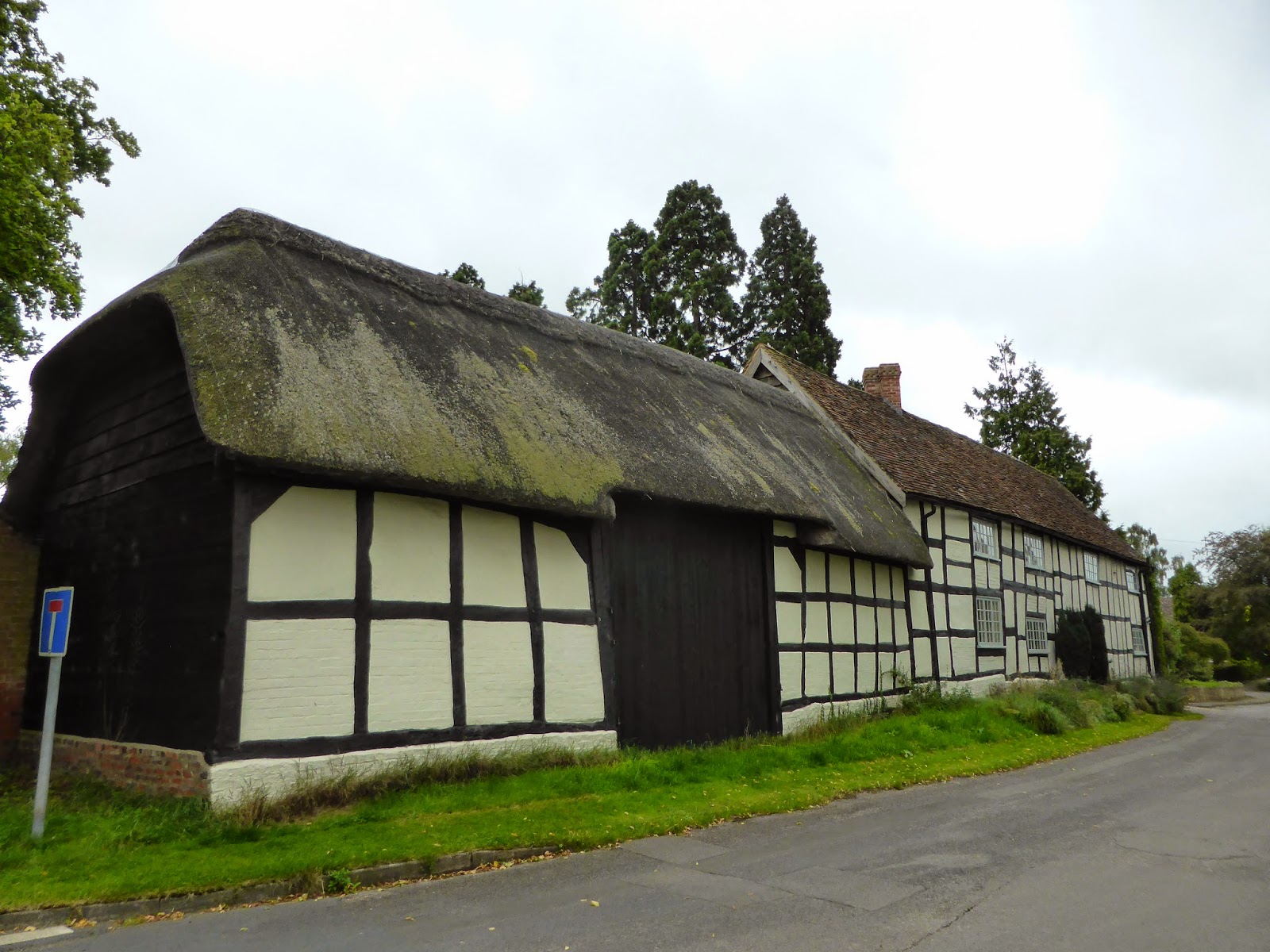 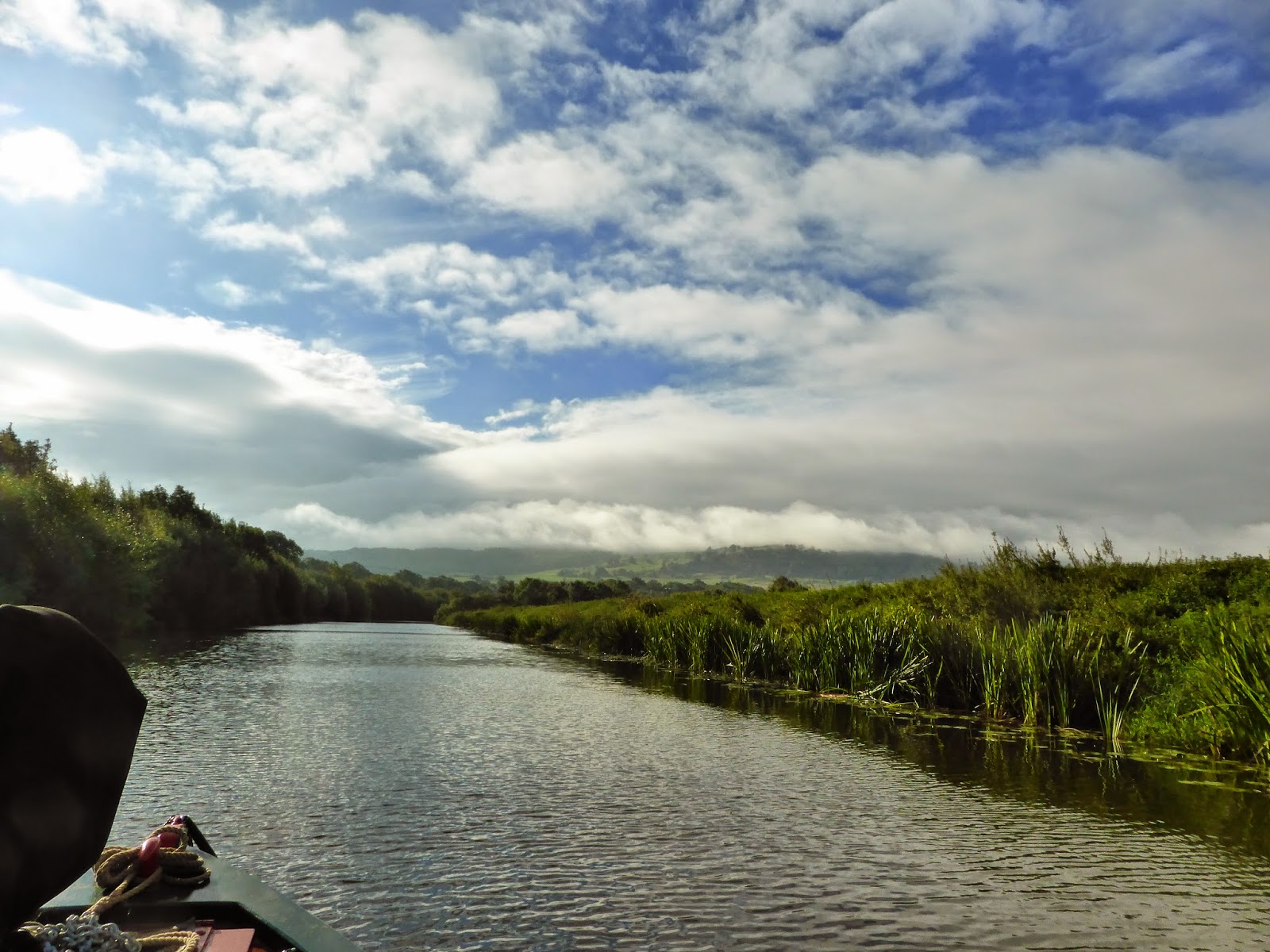 Come Monday morning we pulled forward on to the services and did the necessary and slipped away in light rain towards Pershore lock. We had decided to push on towards Tewkesbury so with fourteen miles and three locks before us we donned wet weather gear and pressed onward. 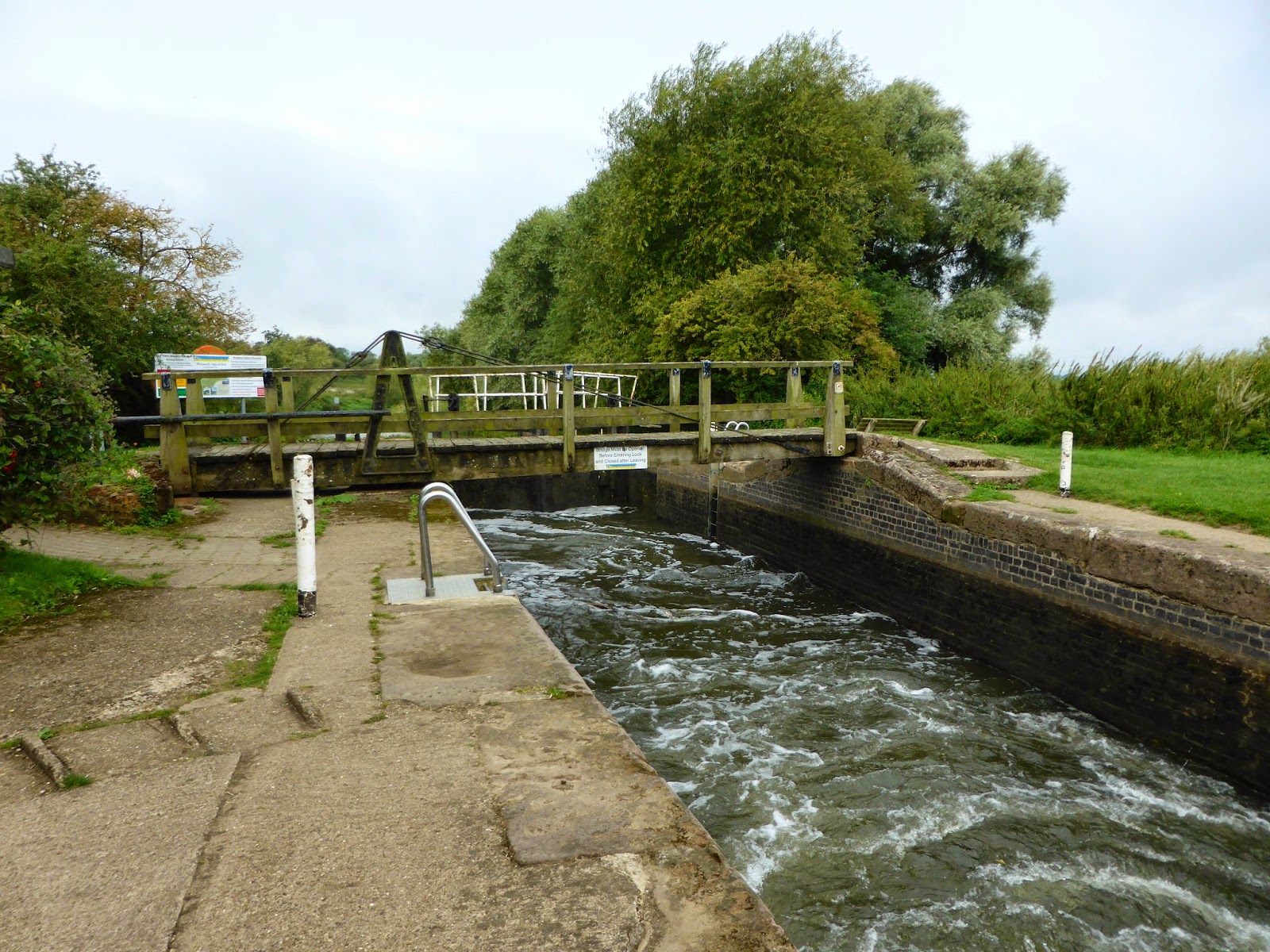 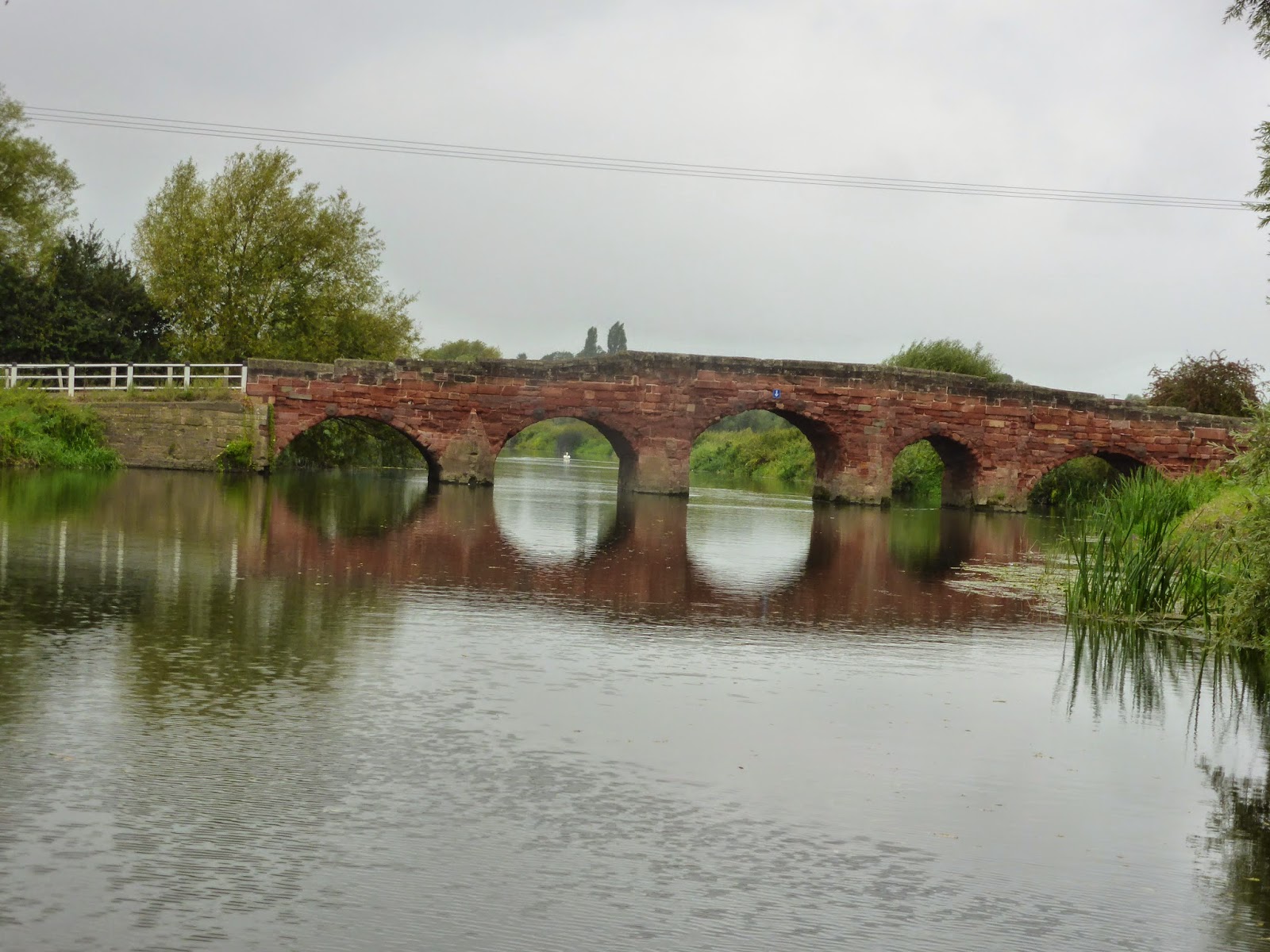 Eckington Bridge...there are moorings adjacent to the bridge but we had decided to press on 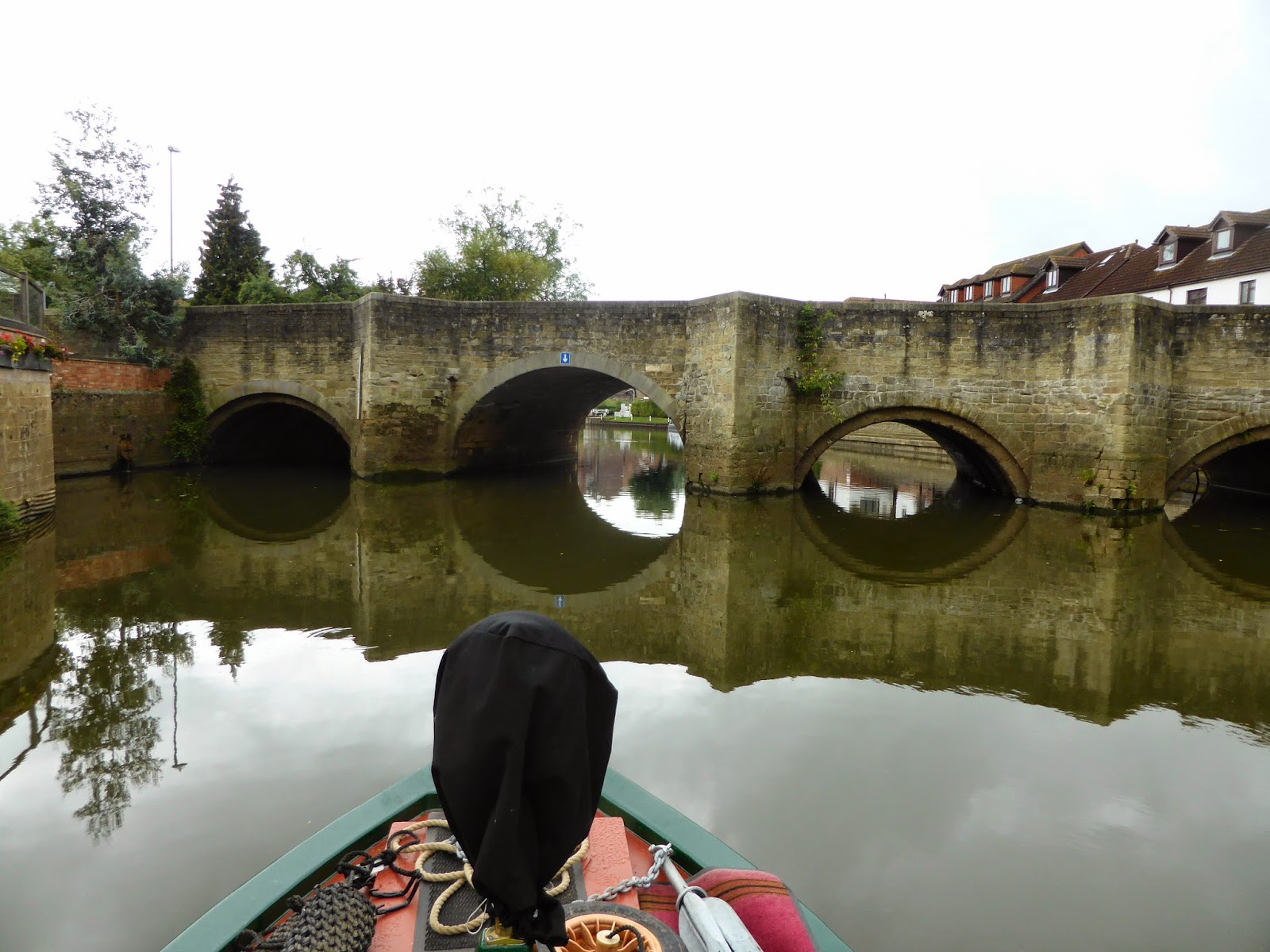 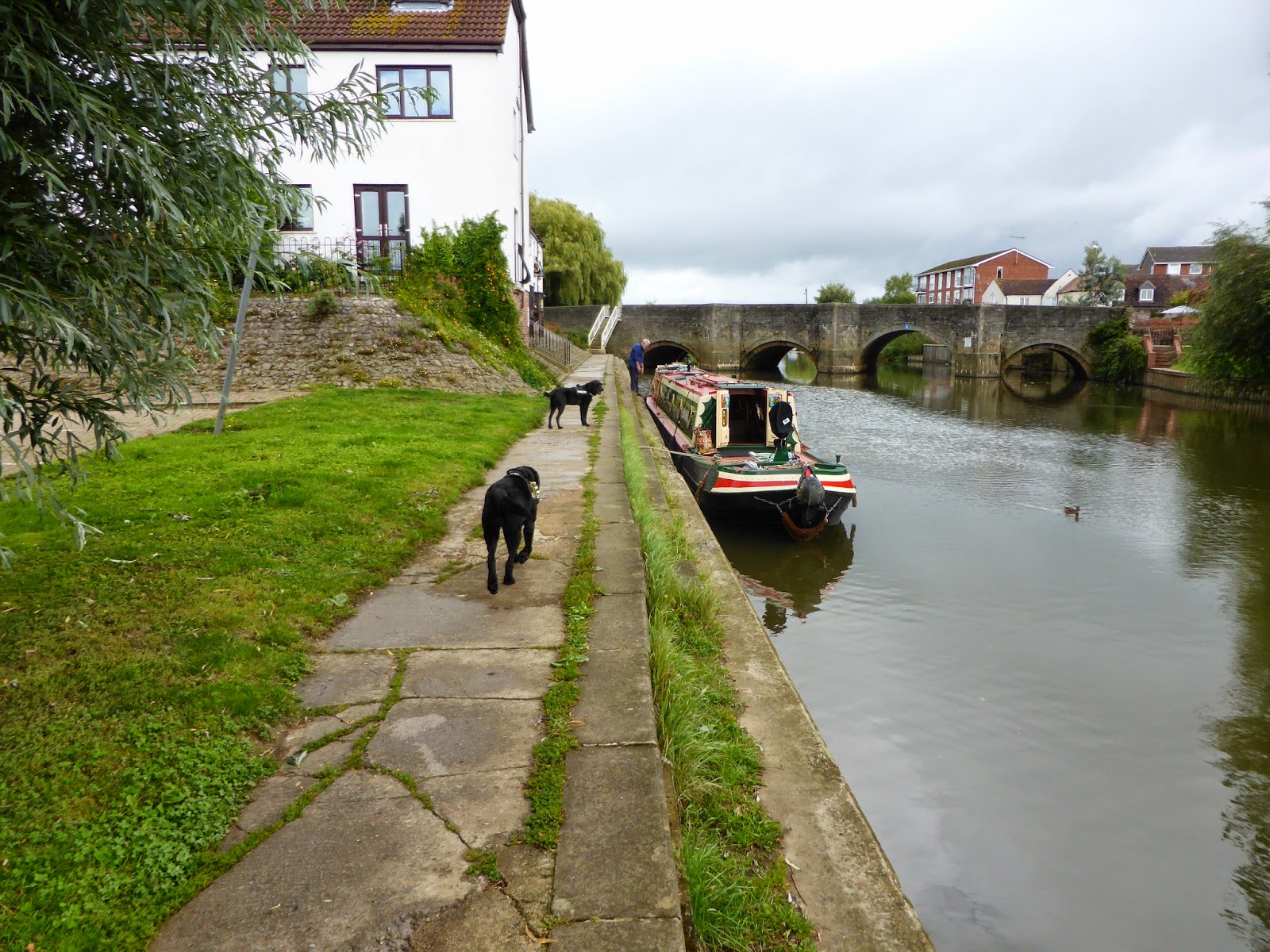 Moored, Tewkesbury
Once through the bridge we moored up and visited the lock keeper to pay our toll, £3 per night.
The new front access has come into its own as our side doors both here and at Pershore would have been problematic as the bank/quayside is above gunwale height at both locations.
Posted by Nb Yarwood at 17:24