We stayed in Leicester over the weekend where Joe's daughter Abby and her other half, Wardy, joined us.  They had arranged to stay at the Holiday Inn which is adjacent to the Castle moorings and travelled up after work on Friday.  We got together on the Saturday and had a wander around the City including the wonderful market in the City centre.  Being Camra (Campaign for Real Ale) members they had identified a number of pubs that needed to be checked out and we dutifully accompanied them...just in case something untoward occurred..
Saturday evening we went to Kayal on Granby Street for their renown South Indian cuisine.  Our visitors then left on Sunday afternoon but come Monday morning we had another visitor who travelled by train from Stamford (Lincs) and was staying the week!  Yes boaters, a visitor for a whole week!  This would test the new sofa bed and seating arrangements aboard Yarwood!

Val duly arrived at Leicester rail station where I met her and found a taxi to take us back to Yarwood.  It isn't too far to walk normally but Val had recently had an operation on her foot and was brandishing a crutch so walking anywhere was a little restricted.  We stayed in Leicester Monday as I was thinking to take Val to Kayal for a meal but in the afternoon the heavens opened and the wind howled so we chickened out and I cooked aboard Yarwood.  Our guest still got a curry, but perhaps not quite as good as a Kayal.
Come Tuesday, a quick dash to Tesco to stock fridge and larder and we were off.  Leaving Val on the boat pottering around, I walked the dogs and did the locks stopping at Blaby overnight. 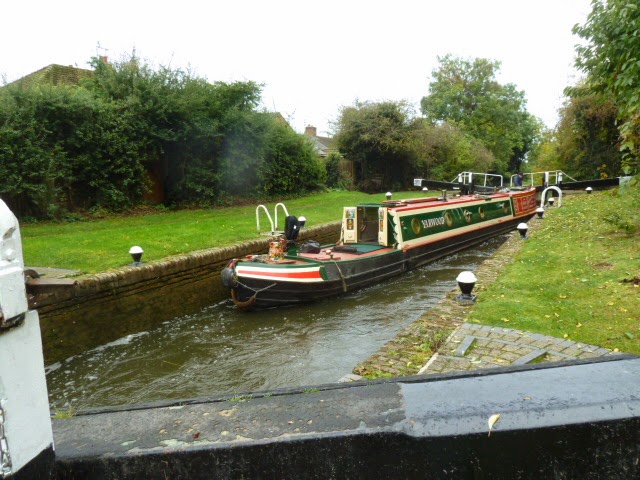 Joe 'assumes the position' - back of lock at an angle. we have found that this works quite well in the double locks, I can open the paddles in a certain sequence and Yarwood is not knocked about at all. 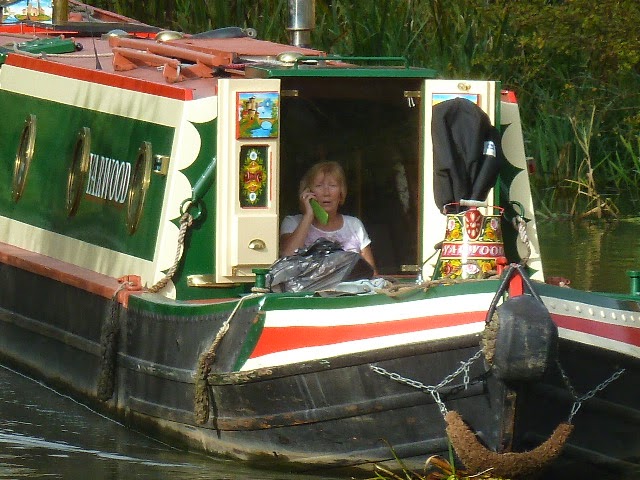 Val, pottering on the phone..
She is meant to be dusting and polishing.. you just can't get the staff! 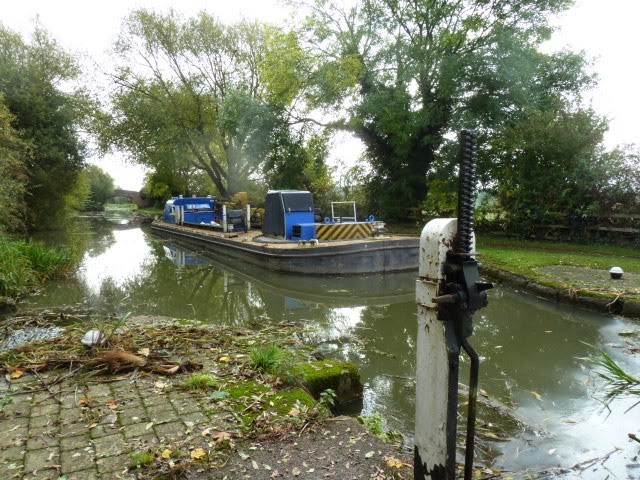 A carefully placed work boat..widebeam workboat mind you, dumped on the lock landing and making access/egress just a tad difficult. 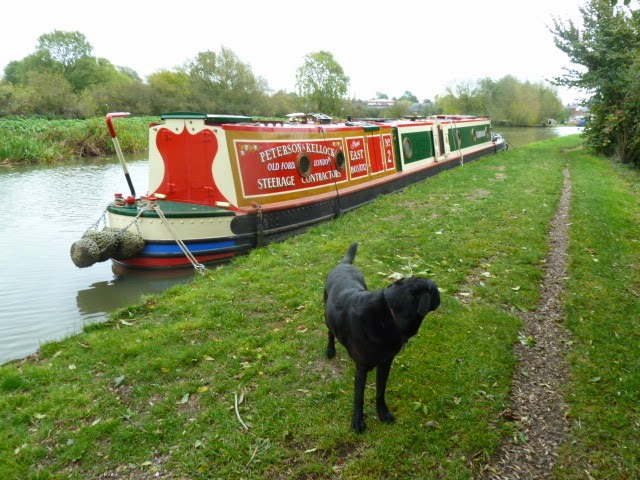 Moored up Kilby Bridge
Wednesday we pushed on to Kilby Bridge where we moored up and headed for The Navigation Inn for lunch.  There was a great atmosphere in the pub with a goodly mix of boaters and locals.  We met a couple of boaters, Jo and Robin of Nb Harold, who were heading our way so arrangements were made to tackle the next twelve locks to Foxton together in the morning. 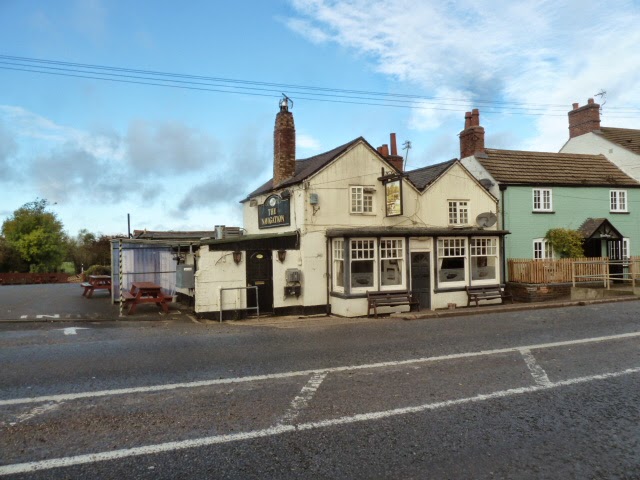 The Navigation Inn  Kilby Bridge
Posted by Nb Yarwood at 17:18