Yesterday afternoon I went to my first beer festival.  Our hosts, Abby and Wardy, are regular festival goers and Joe has been several times in the past - my role in the past was to collect a slightly inebriated husband from the local rail station and get him safely home this inn the days before I 'discovered' real ale..
The Chappel Beer Festival, organised by CAMRA ( Campaign for Real Ale), is held at the East Anglian Railway Museum based at Chappel  Rail Station on the Sudbury line which goes from Marks Tey, just south of Colchester in Essex, to Sudbury in Suffolk, running along the lovely Colne Valley.

The festival is set up in railway carriages and goods sheds, sidings etc. which makes for an interesting venue. 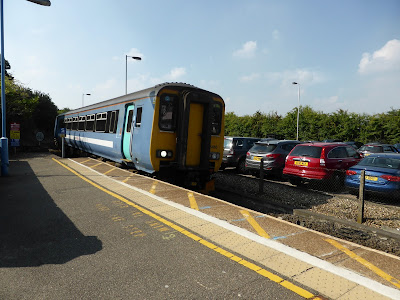 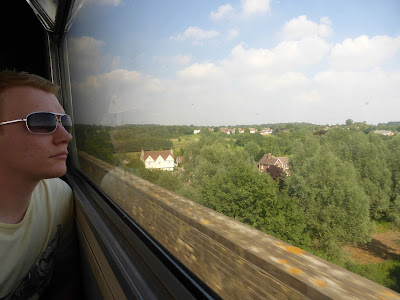 Passing over the Chappel Viaduct 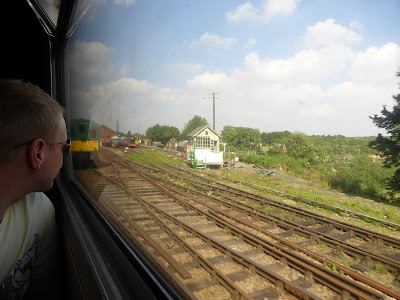 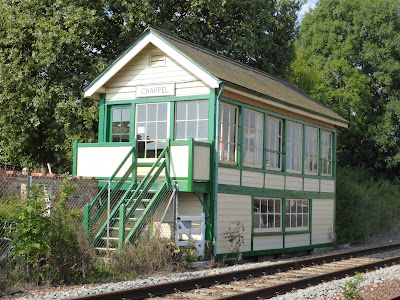 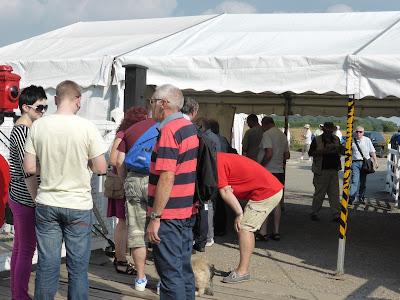 Joined the queue to get in 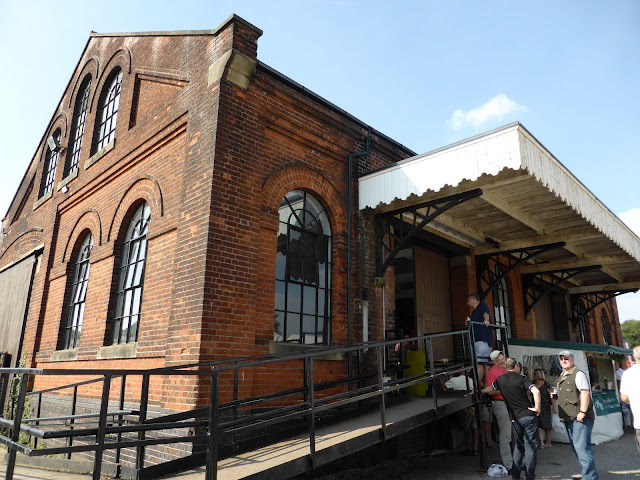 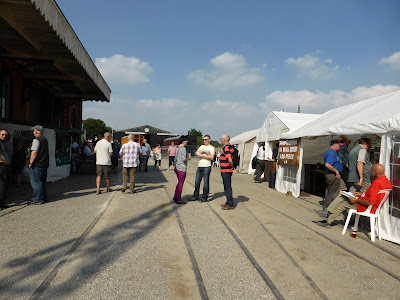 One beer down, decisions, decisions...what to have next? 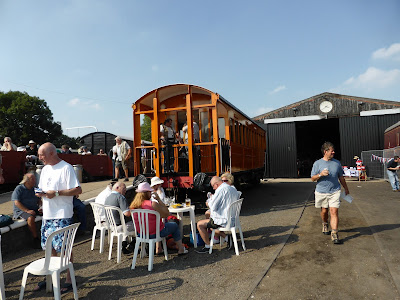 Everywhere you looked people, mainly men but not exclusively so, were sitting/standing in the sunshine clutching festival glasses with beers of varying colours...
Faced with more beers than we could  'shake a stick at' and no idea where to start Joe and I opted to sample only beers brewed by Essex based breweries...when in Essex etc.   We stuck to the third of a pint samples - present pint glass to bar staff, identify what beer you wish to sample and ask for a third, half or a pint and then pay up.  The advice from the experienced members of the party was to fill up on 'stodge' - the technical term for the festival food on offer - pasties, chips, curry, burgers and the like, the liquid intake was punctuated by veggie pasties and tarka dhal or chip butties.  Healthy eating resumes shortly! 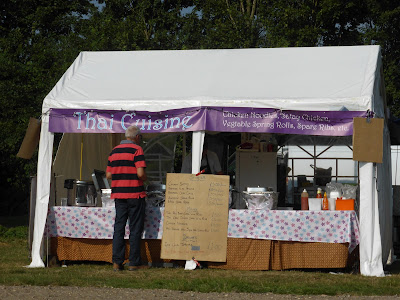 This will be Joe going for his 'stodge' rations 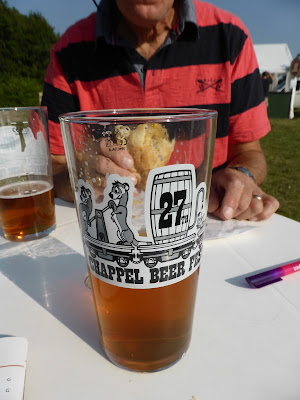 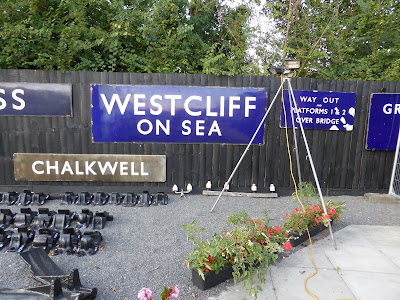 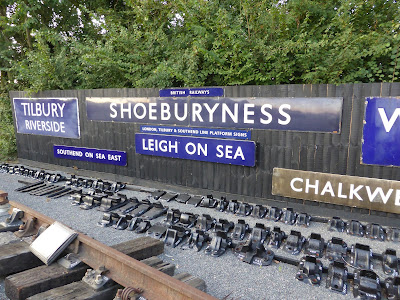 BR signage from the Fenchurch to Shoeburyness line
We left the festival at just before 8pm and caught a packed train back to Marks Tey but as we were leaving there was another train load just arriving for their 'beer o'clock'..
Posted by Nb Yarwood at 12:30