We were Ashby canal virgins until this morning but no longer, as of 9.30 this morning when we finally made it on to the Ashby.  The rain had just started as Yarwood turned in at Marston Junction so we moored on the first bit of Armco we found just past bridge two, lit the fire and settled down.

We had left Harsthill at 7.20 and as we untied lines a Kiwi gentleman  from a Valley Cruisers hire boat approached me with an armful of food..
'Did we want it, could we use it?' They were due back in an hour and were clearing out the fridge.  Fresh sweet chiquino peppers, beefsteak toms and more...
'You bet mate, thank you very much'.
So as I type this there is a selection of veg roasting in the oven which will be accompanied by grilled Haloumi cheese

and a glass of vino collapso.

(This meal will make a change from a diet of mushrooms ...but that is another story which I might share with you tomorrow) 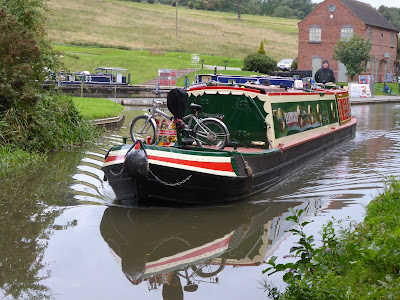 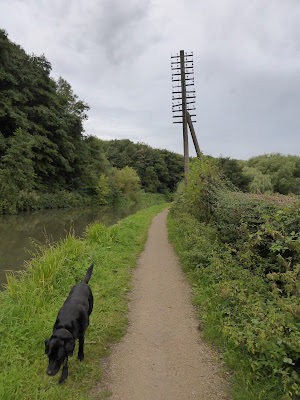 A lone telegraph pole...long forgotten and now extinct...remember these?
I haven't taken any photographs of Nuneaton as we skirted it on the canal.  It is not a very edifying sight.  Litter, dog shit, beer cans and fag packets adorn the tow path.  There are no 'entrances' to the town that are welcoming.  The people I met, walking their dogs for the most part, were lovely but their Civic leaders are obviously not up to much..
Once through Nuneaton and back into the countryside things looked up again and in no time we were approaching Marston Junction and the entrance to the Ashby canal. 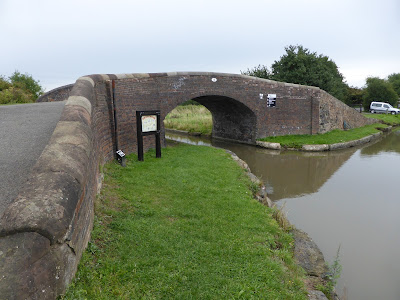 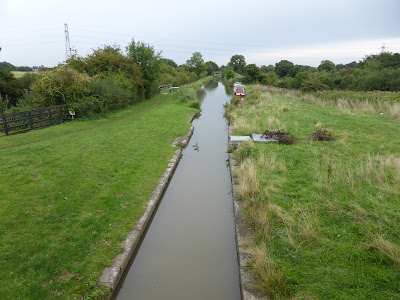 There be the Ashby 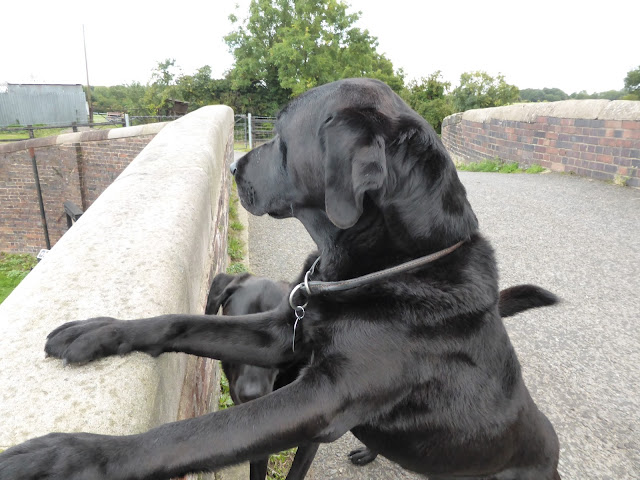 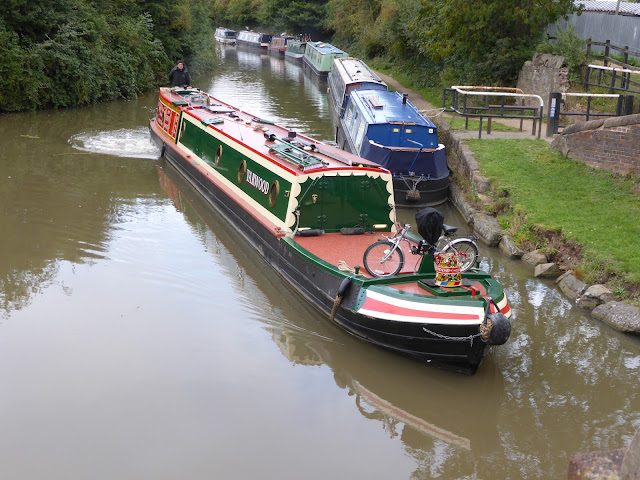 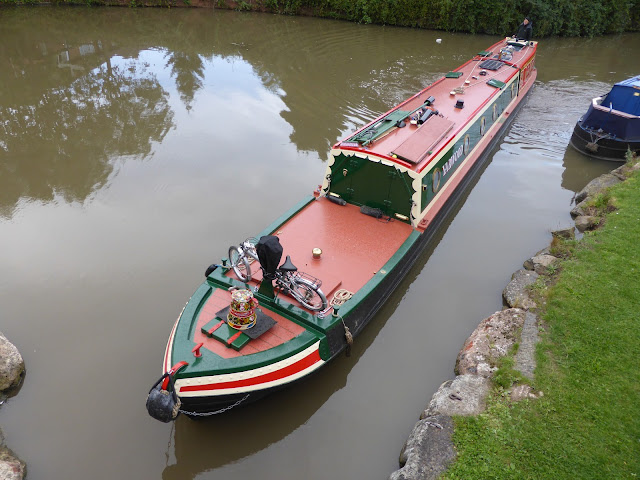 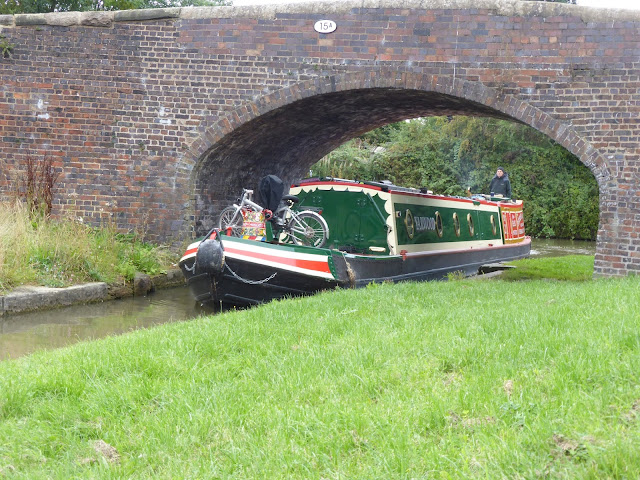 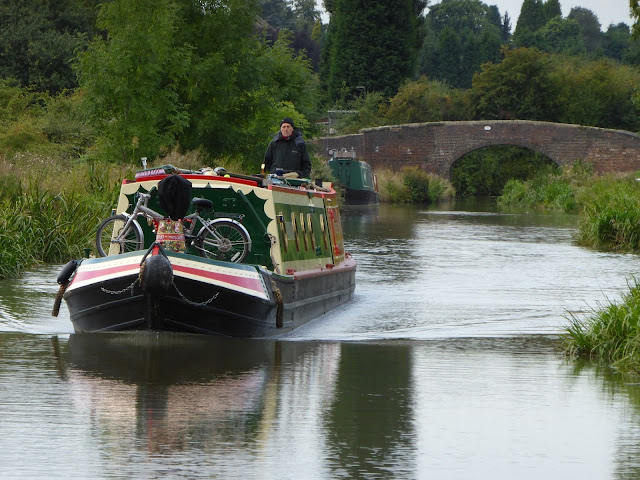 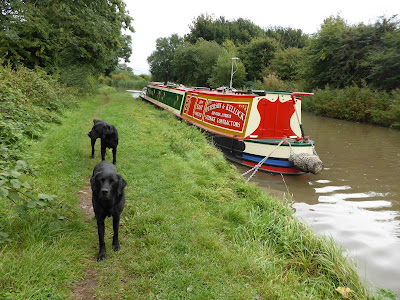 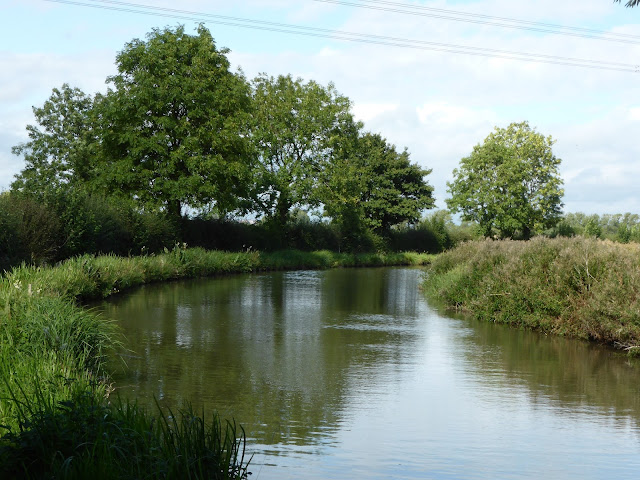 In the afternoon I took the dogs out for another walk to explore our surroundings...not bad are they? 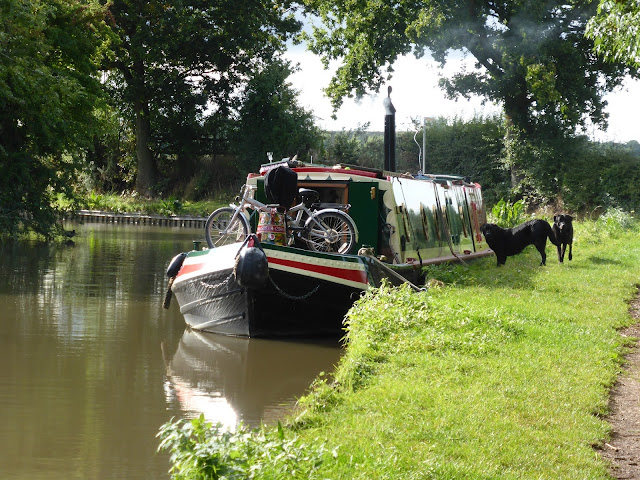 Back to the boat and apparently it is feeding time again for the dogs???
Posted by Nb Yarwood at 18:38