The Lunch Bunch and an encounter with....

Saturday afternoon after arriving in Hopwas and being joined by Pip, Roger and Ozzie of Nb. Windsong, we spent a pleasant couple of hours sampling the beer in the Red Lion and then The Tame Otter in an attempt to decide where we would go for Sunday lunch.   The dire weather forecast for Sunday of 'end-of-world' magnitude issued by the Met Office and repeated hourly by the BBC  had decided both crews that there would be no cruising on Sunday so a lunch out seemed like a damn good idea.   The Tame Otter was the winner on the lunch stakes so we booked a table and presented ourselves at 12.30 sharp on Sunday and we were not disappointed with the fare or the service.
On leaving the pub I asked if it would be possible to arrange a Tesco delivery to the boat for Monday morning - the Tesco van would pull into their car park to make the delivery to Yarwood - no problem at all, quite happy to oblige so as soon as I got back to Yarwood I fired up the laptop and sorted out an order. 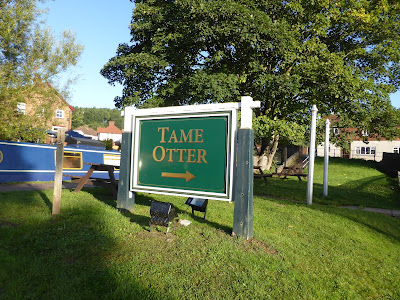 This morning at 8ish we pulled around the bend and on to the visitor moorings outside the Tame Otter and awaited Mr.Tesco.  While we were hanging around the Windsong crew passed us and we said our fond farewells for now as they head back towards Gayton and we toddle off to explore the Ashby Canal. 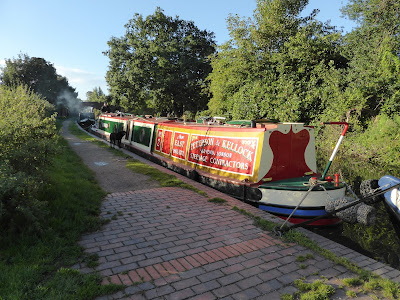 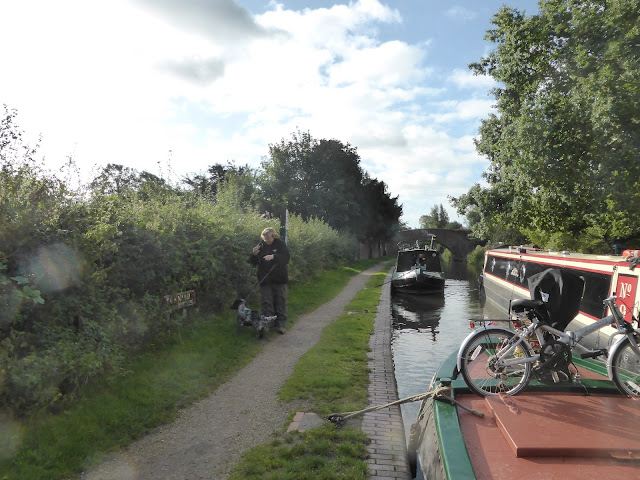 Pip being tied in knots by Ozzie 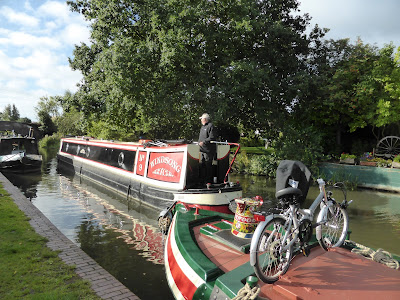 There goes Windsong
As soon as Tesco had delivered we headed off towards Fazeley Junction and services but as we approached the junction I spotted a chap tying up.  As I went to pass him we both recognised each other..it was Leon and his boat The Old Bovine.  Now we haven't seen each other for going on three years and I was delighted to see him again.  The Old Bovine is a boat with tons of character and immaculately kept by Leon and in truth it was Leon that persuaded a sceptical Joe that a traditional back cabin was desirable, practical and an infinitely useful space.. 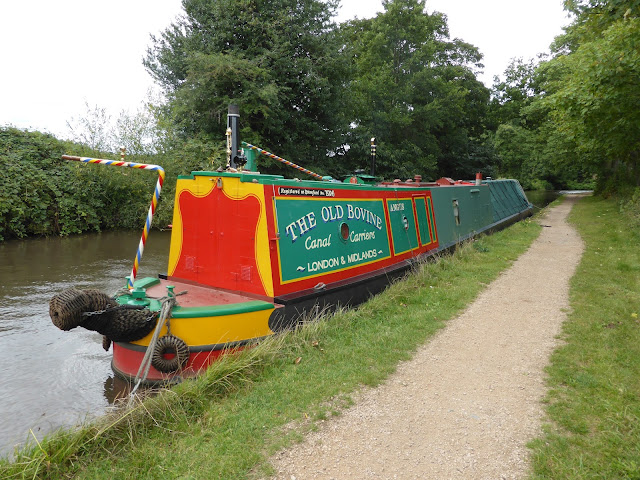 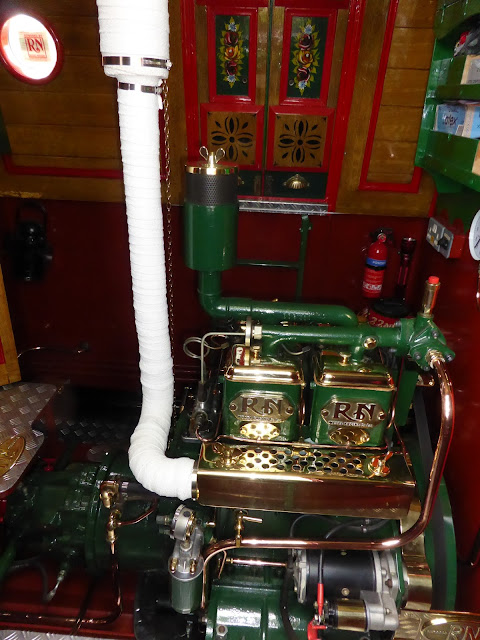 The latest change to the Old Bovine is the beautiful installation of a new RN engine, immaculately presented as you can see 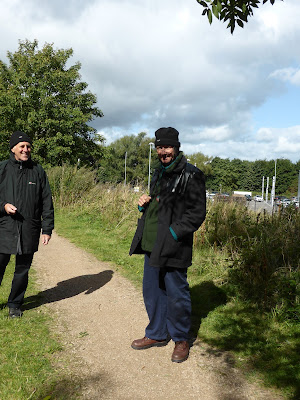 Joe and Leon
We spent over an hour chatting and I was just so chuffed to catch up with him again. 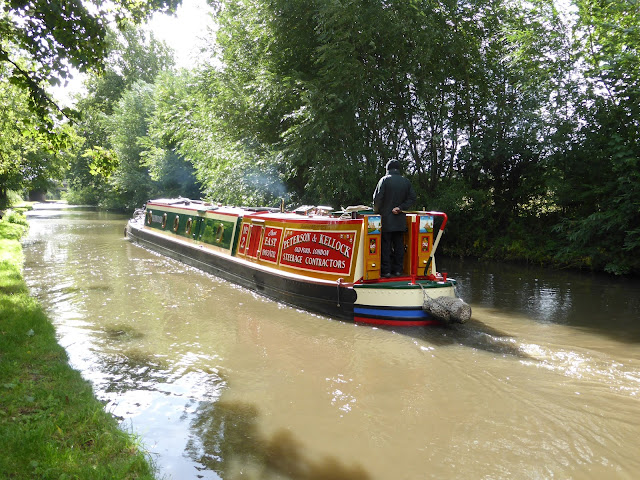 The sun has got his hat on for our cruise to Fazeley but we were so delayed by Tesco and encountering Leon that we called a halt after going up the two Glascote locks  and moored up at Ammington for the night. 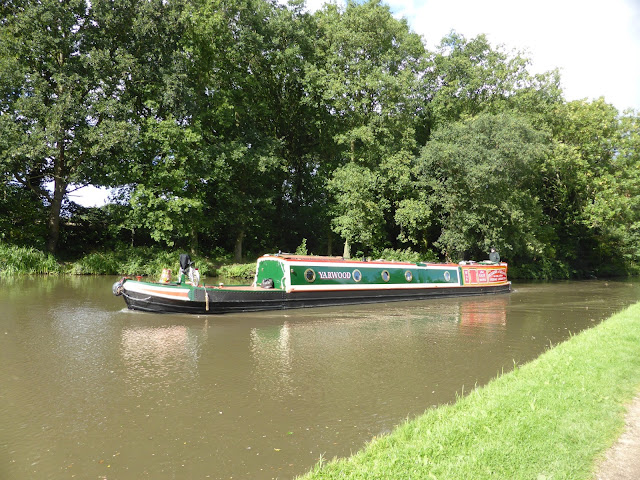