Flavour of the weekend

Having moved further along the Ashby canal I find that I am 'blessed' with a signal sufficient to load a few photo's so I am going to abuse my good fortune and put up some shots taken over the weekend.
We spent a large part of the weekend in the company of the Nb. Kyle crew, Brian and his dog Ghost.  It was Brian and Nb. Kyle that first 'turned my head' when we met on the Peak Forest canal a number of years ago now and got me thinking that I would rather like to have a tug style boat... 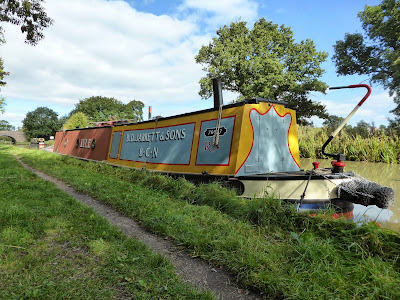 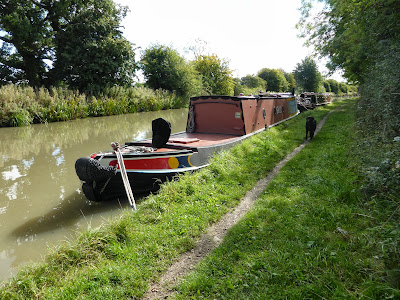 Nb Kyle, BCN Tug built in 1982 by Malcolm Pearson
On Saturday afternoon we walked up into Stoke Golding and had a drink together at one of the three pubs in the village.  On arriving at the George and Dragon pub there was an assortment of strange vehicles parked outside with their owners inside at the bar. 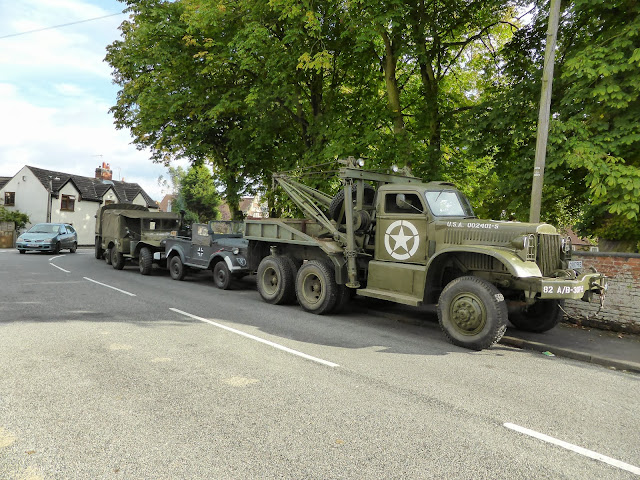 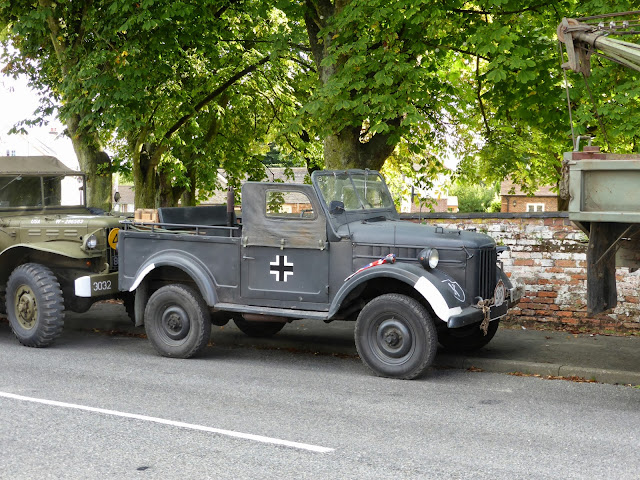 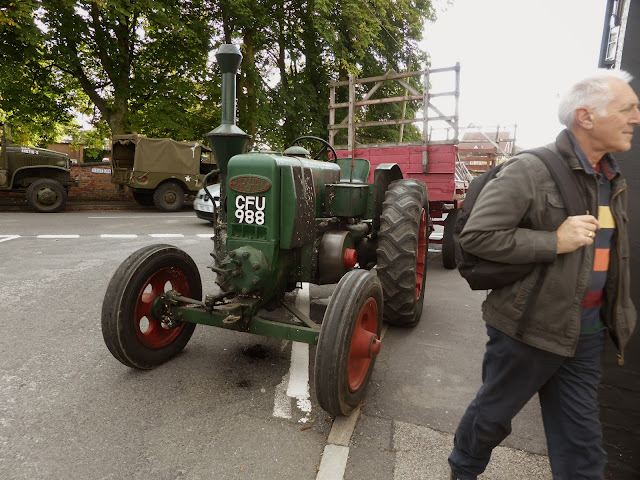 This tractor was left running outside the pub - I think it was one of those that only starts with  the aid of a shotgun charge and a hammer! 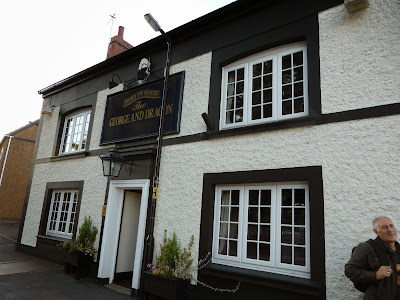 George and Dragon, real ale and dog friendly!
It was just as well that Joe recorded the F1 qualifying because the jokes and pints come thick and fast when you are out with Brian. We arrived back at Yarwood a bit later than anticipated...by the time we had seen the qualifying and had something to eat  - hastily knocked up by me (Brian was subjected to a chickpea concoction which he not only eat but lived to tell the tale, i.e. he was still alive the next day) it was time for bed.
Posted by Nb Yarwood at 19:47