Huston, Euston, we have a problem..

We had set off this morning by eight o'clock which is a bit unusual because we have out of the habit of early starts...however we had the Lapworth flight ahead of us so needs must..
A's into gear off,  we went off in the chilly morning mist.   Lifting the first lift bridge was a bit of a struggle, but that is probably that lack of practise over the last eight months. 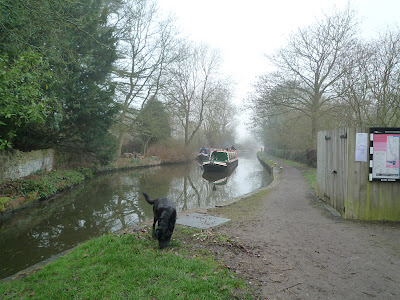 Yarwood approaching the first lock of the day 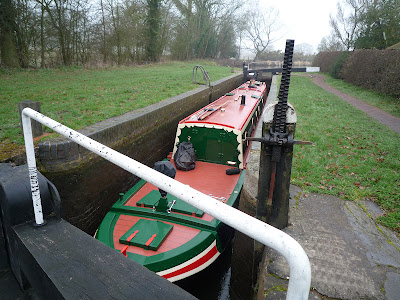 I was soon into the swing of locking 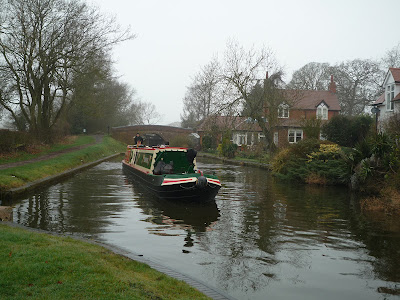 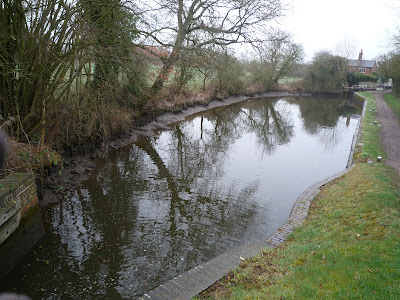 Until we arrived at lock six.. and found a de-watered pound between lock six and lock seven and a BW chap walking up the flight to tell me that there was a problem.  The top gate on lock seven had been broken the previous night and was hanging off.  A BW work team had been summoned but the repair was likely to take all day. 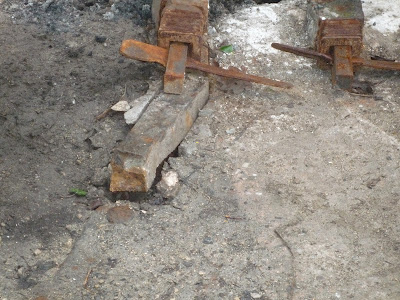 The anchor strap that the gate collar fixes to had sheared.  This would require a completely new anchor to be fitted and cemented in place before the flight could be opened. 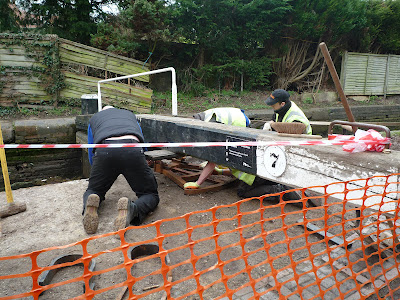 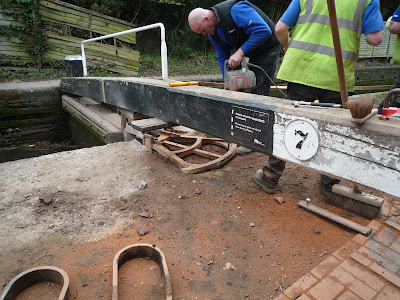 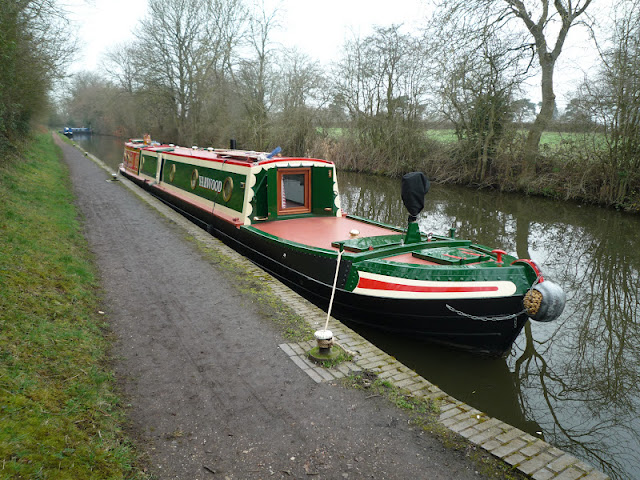 We had pulled back out of the lock, moored on the lock landing and put kettle on. 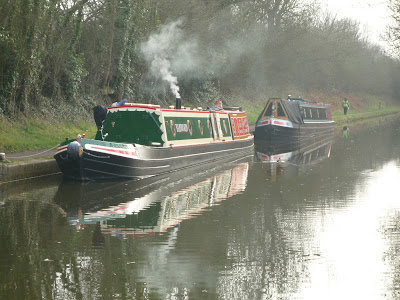 And later in the afternoon a strange but familiar boat showed up and moored behind us... 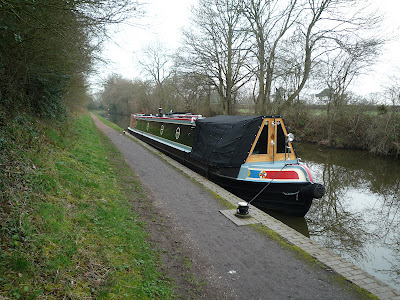 It was Caxton.
Russell and crew are taking Caxton to her new mooring at Yardley Gobion for Paul and Elaine, Caxton's new owners.   The plan tonight is to have a meal in The Navigation and then as soon as we can tomorrow we will head down the flight together and then tackle the Hatton flight in tandem.
Posted by Nb Yarwood at 17:43