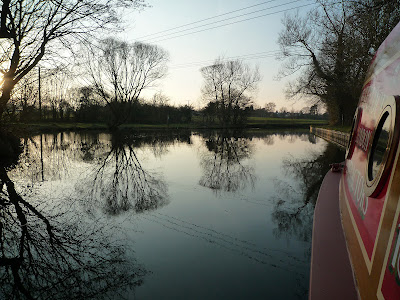 The view last night from the side hatch
Yesterday was a glorious day with unseasonably warm weather that brought the population of Shirley out to play.  There were jiggers, dog walkers, racing cyclists, dawdling cyclists, lovers hand in hand and extended families all out enjoying the day but by early evening the temperature had dropped and we were again left alone along the towpath.
This morning was up-an-at-em as we planned to move further along the Nth Stratford canal to Hockley Heath in readiness for our descent of the Lapworth flight; but first I needed to get in some provender at the Ghost Town known as Dickens Heath but a ghost town or Stepford Town, that boasts a Tesco's!  How useful.  I kitted myself with the usual rucksack and walked up to the store, managing to trip and fall flat on my face en route. |Nowt broken, I picked myself up and resumed the errand. 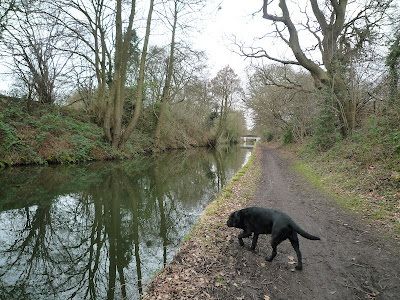 Yarwood is somewhere behind us...somewhere
Once back at the boat I dumped the shopping and set off along the towpath with the dogs, Joe following us with Yarwood. 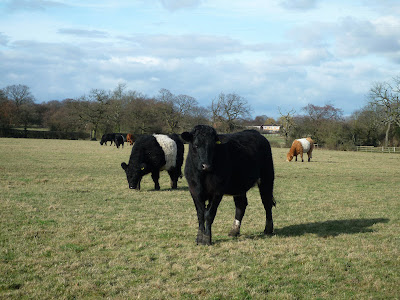 We passed these and thanks to the wonders of the BBC and Countryfile, and specifically Adam Hensen, I know that the chaps with the white cummerbund's are Belted Galloways 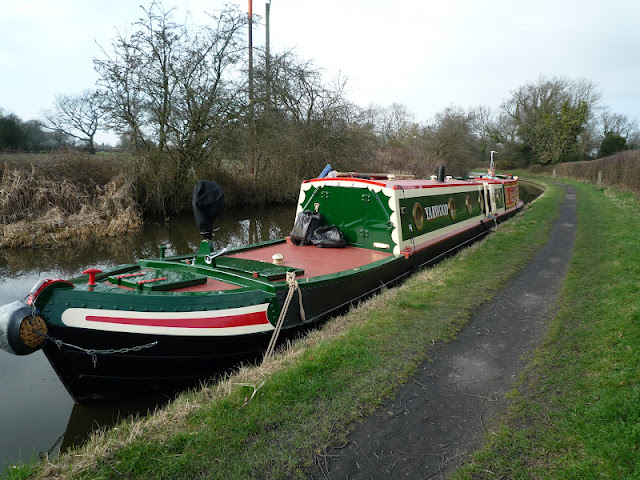 Tonight's mooring, Hockley Heath
We moored up at lunch time and decided to stay put.  I took the boys off for a circular walk around the countryside hereabouts  leaving Himself to play in the weed hatch....again
Bye for now.
Posted by Nb Yarwood at 17:10