After five weeks of hanging around Braunston the work on Yarwood has now been completed, hooray, hallelujah she cries!
Most of the time we stayed aboard Yarwood, camping there at times and eating out in all the Inns that Braunston boasts (and some it doesn't) while we were minus cooking apparatus.   We had a few days in a hotel in Rugby and another few days in Essex with Mother whilst steel was being cut, the dogs have been holidaying with brother David in Norfolk throughout changes but they were retrieved last Tuesday, new settee delivered on Wednesday, car returned to storage on Thursday and ESCAPE on Friday!

And so to the changes;
We decided that full access from the saloon on the tug deck was required, (We failed to appreciate this when Yarwood was in build.. doh), and to do this we needed a slide hatch, new forward doors and steps from saloon to deck.  This in turn would alter the way we used the saloon so to allow access through to the new steps we removed some cabinetry on the port side which included the home for the Zedbed.  Our solution was to sell the captains chairs and invest in a bed settee.  As we were making all these changes I persuaded Himself that a change of cooker was necessary and that required a new worktop to accommodate desired model..
The other major change was to switch from coal/wood burner to diesel fired stove. 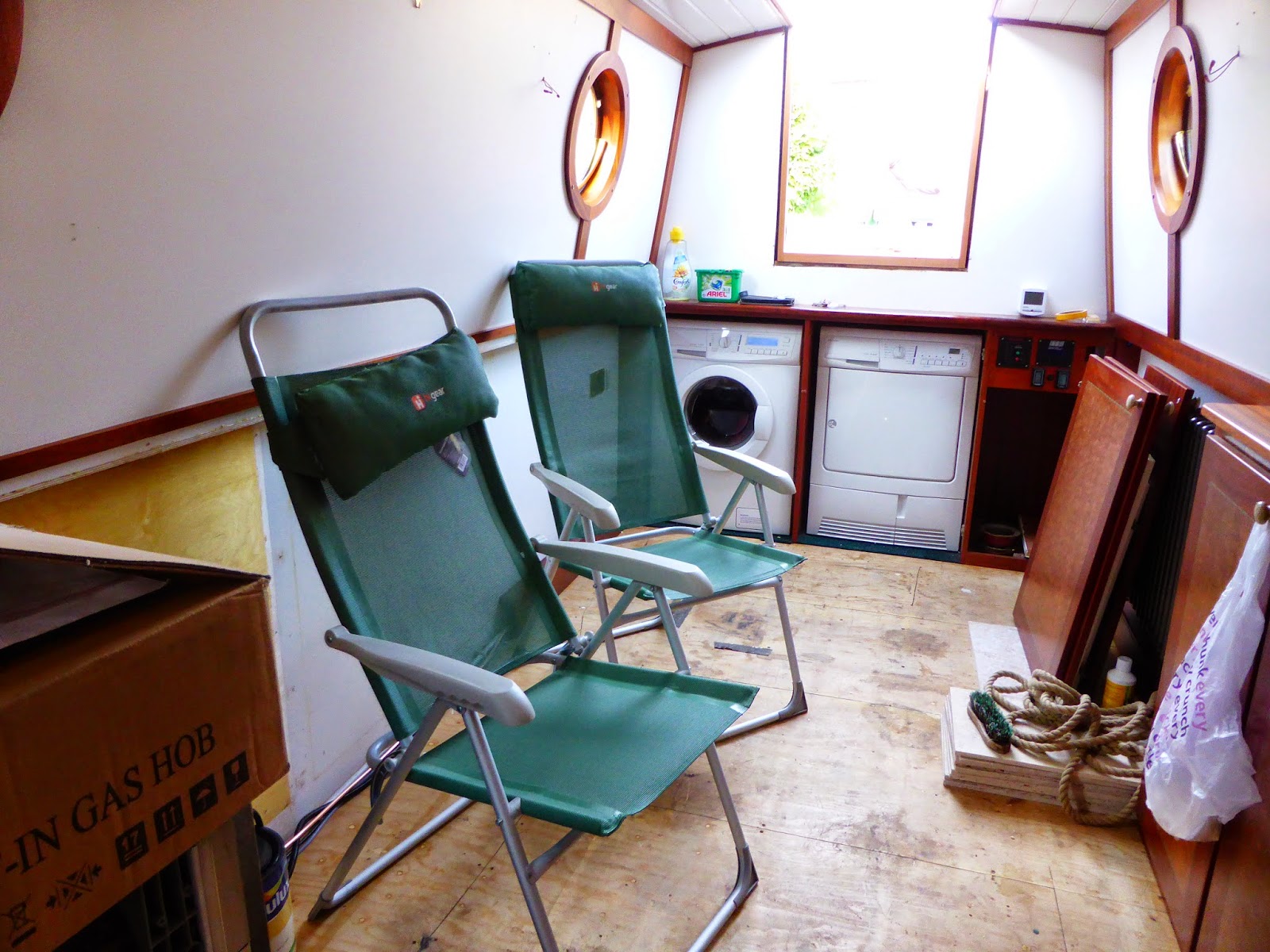 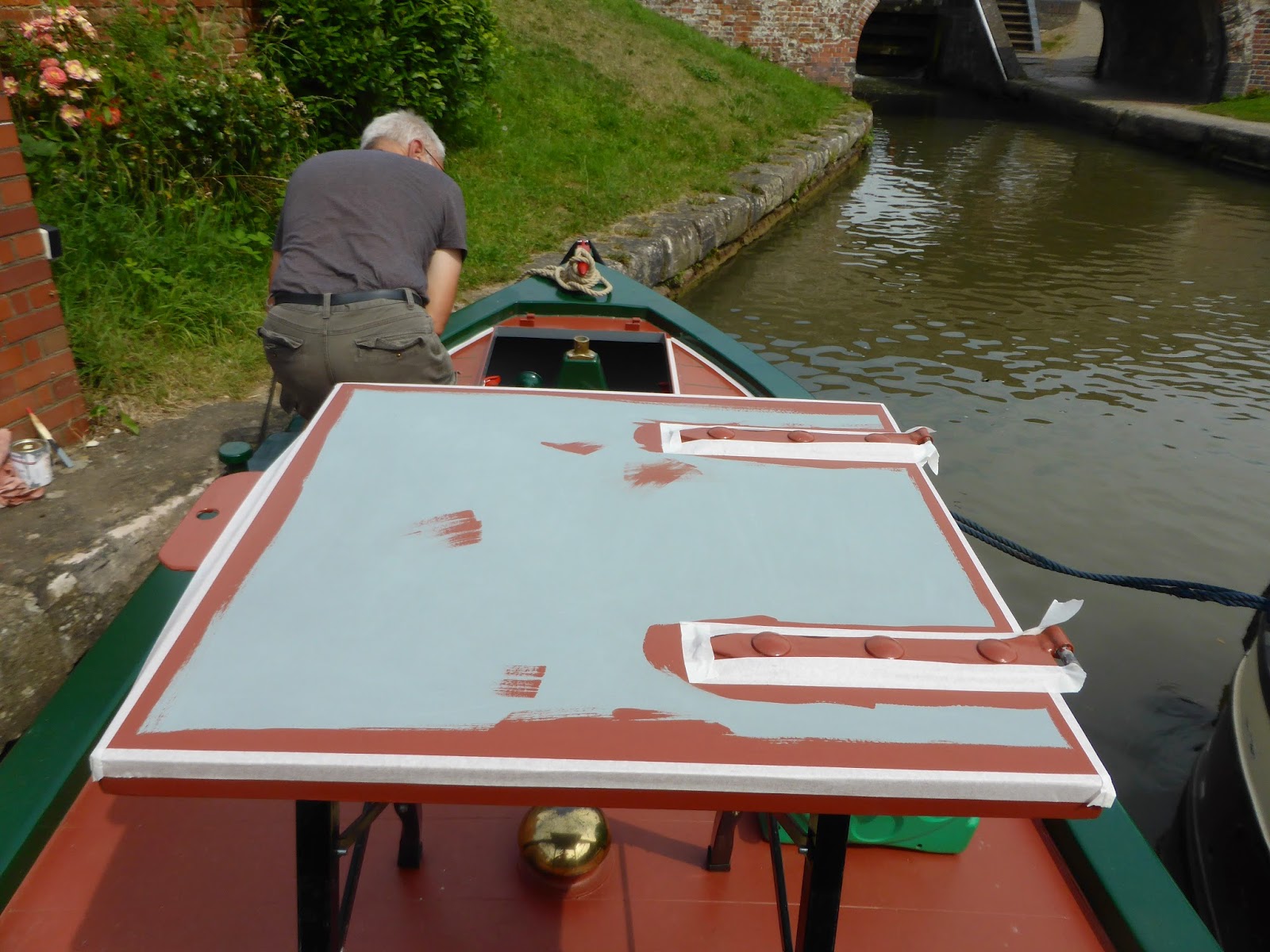 Gas locker hatch cover in preparation for painting.
Joe has got on and done all the painting throughout the changes. Here he has painted the hinges and hatch edges in a smooth raddle paint, masked up and is about to apply a coat of deck raddle (grippy so you don't slide off into the cut) to the surface of the hatch. 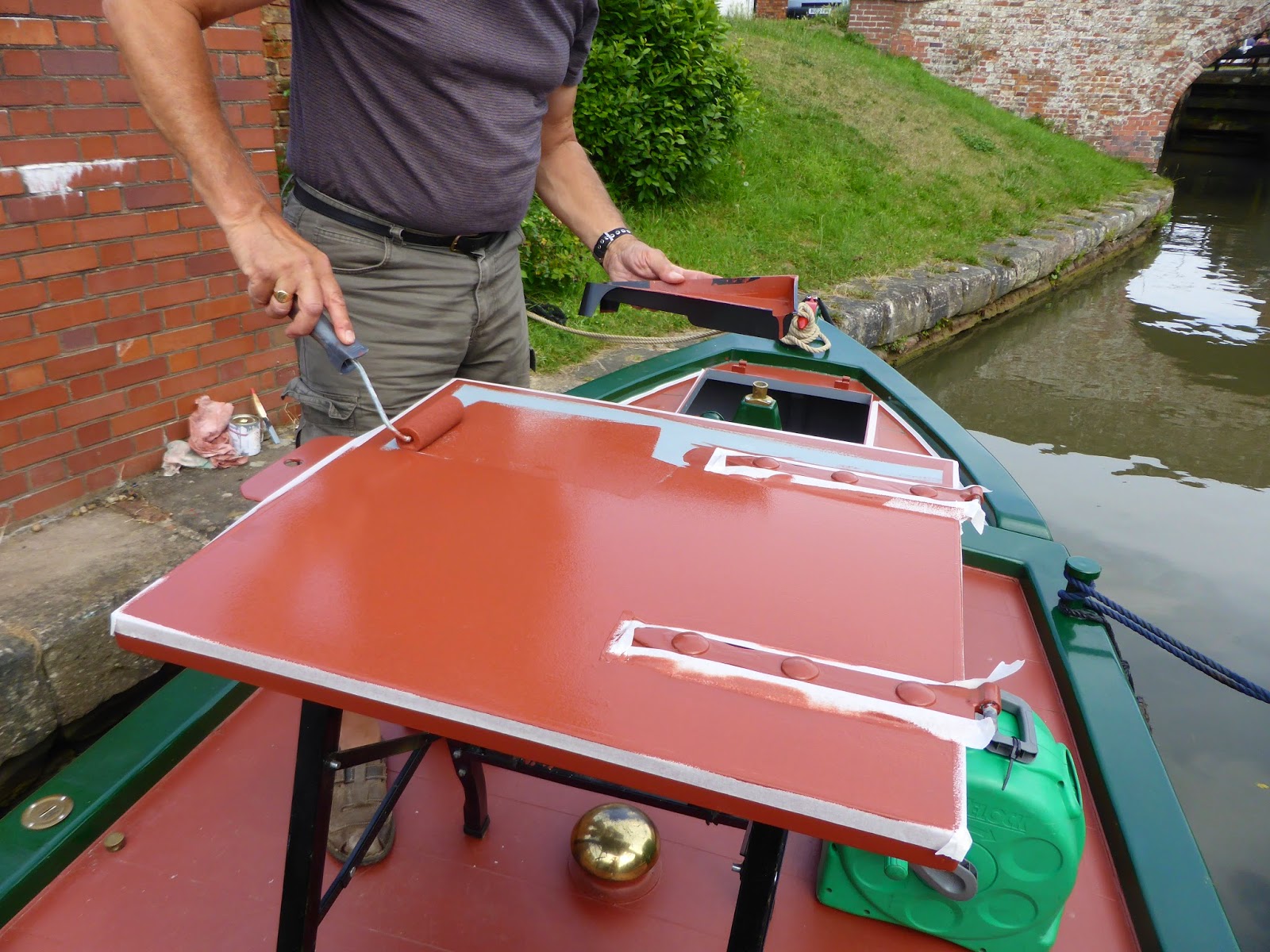 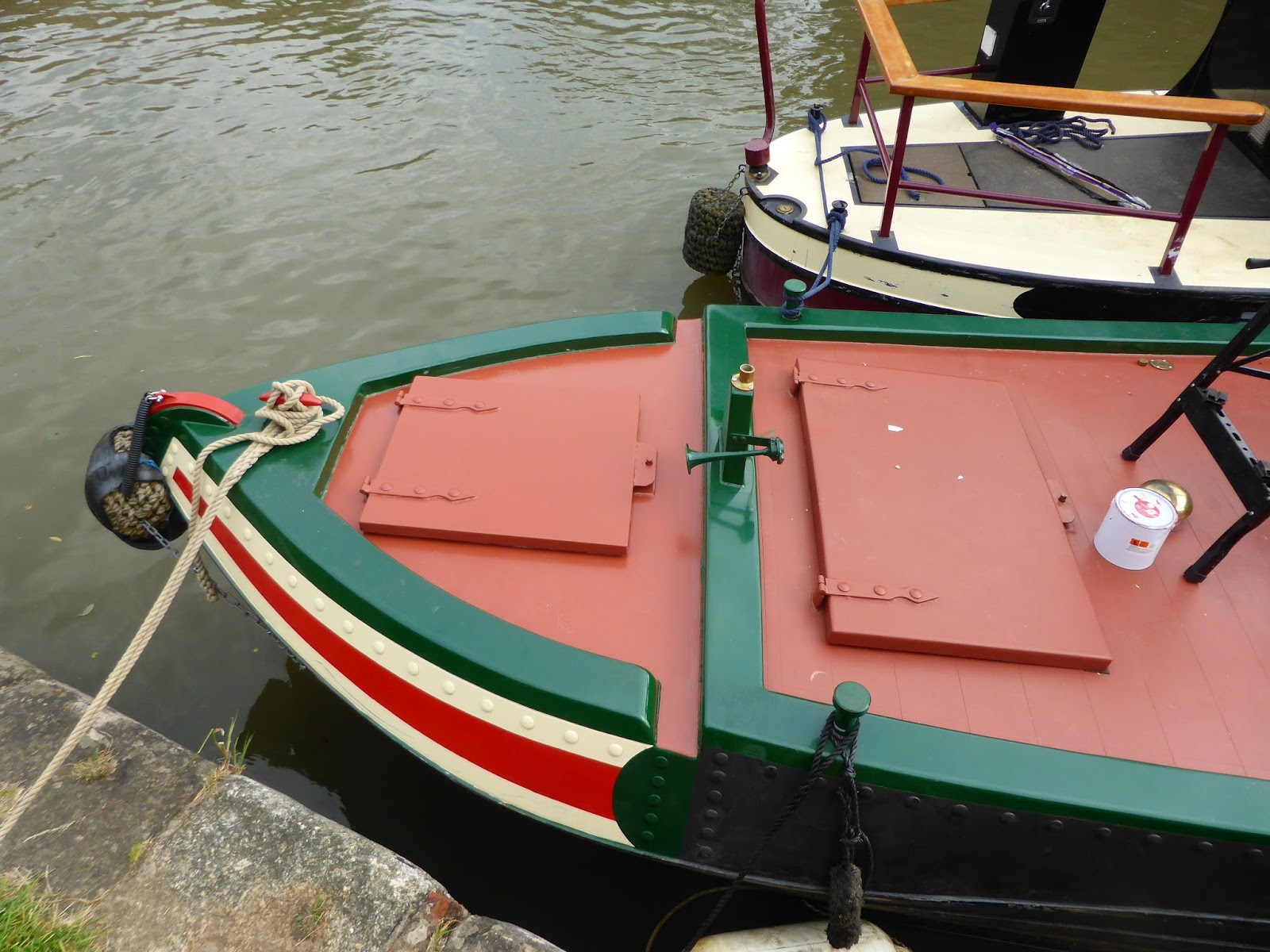 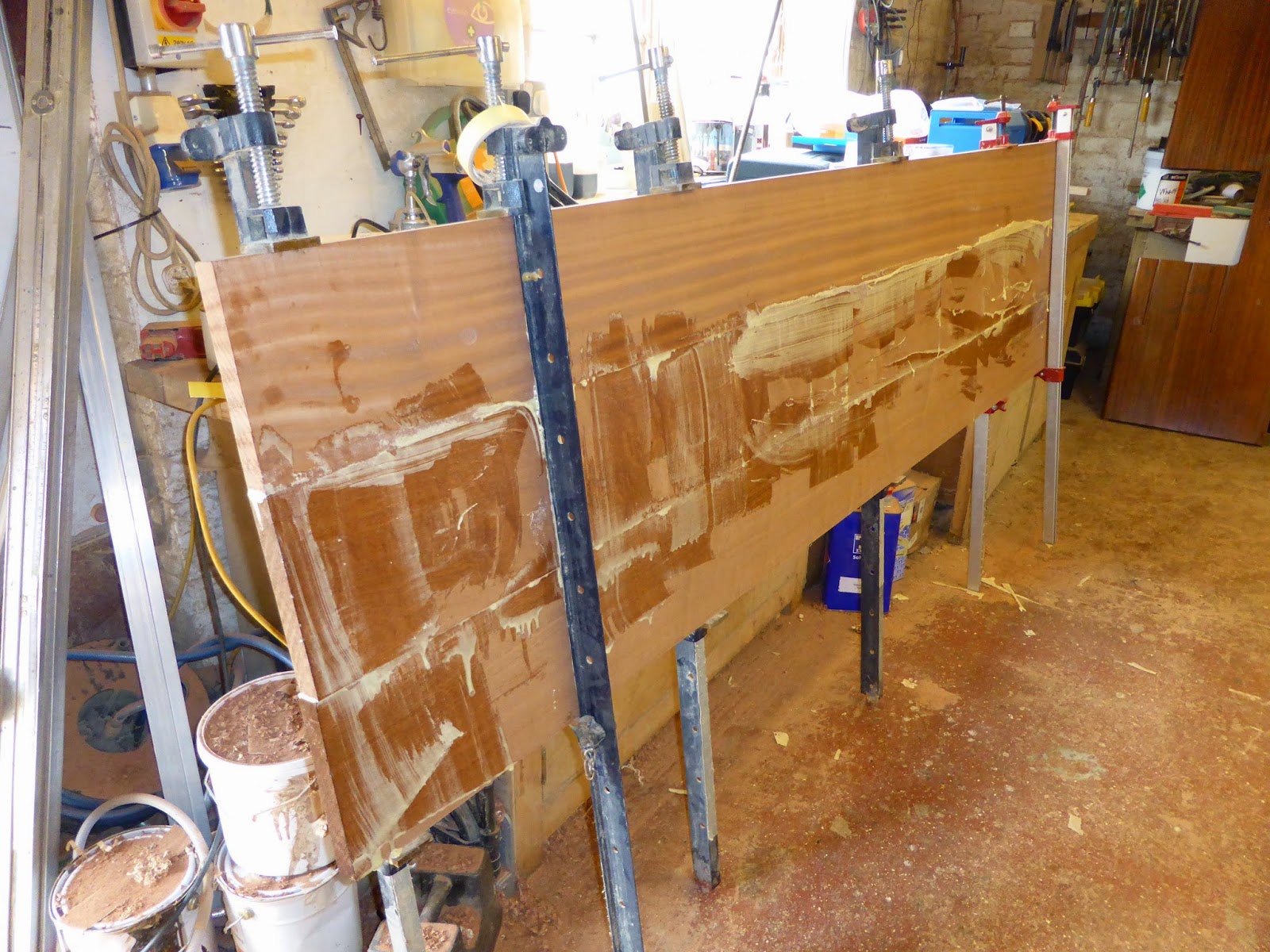 New sapele worktop under construction.  This was originally going to be a bought in woodblock worktop but it hadn't been ordered in for the job....lead time when they came to order was three weeks and price was £700! Phil decided that he would order in the timber and make it himself which is exactly how our original worktop was formed.  The cost of the timber was apparently £47...quite a difference. 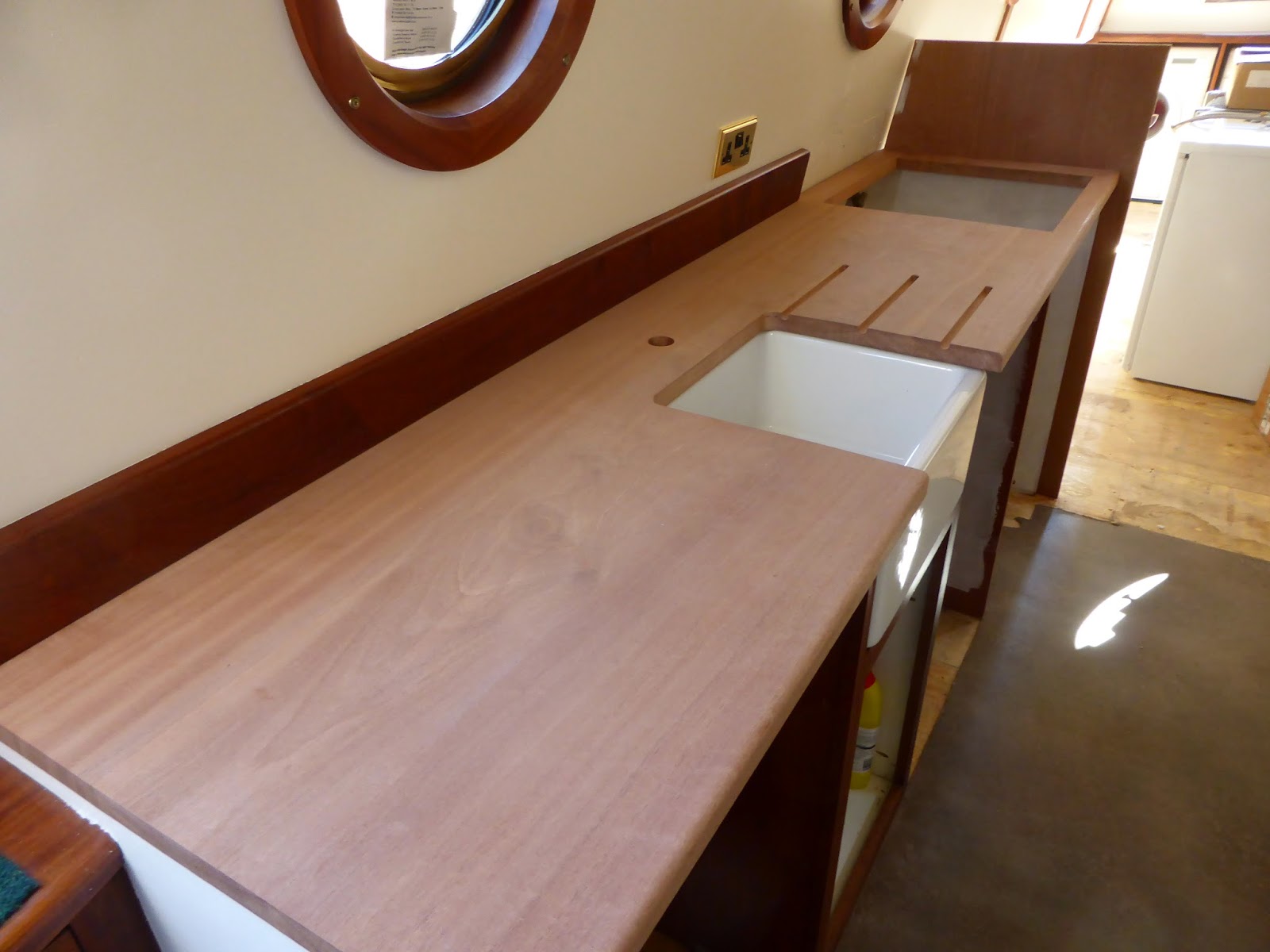 Worktop fitted in its raw state but I was oiling it within minutes of it being fixed in situ. 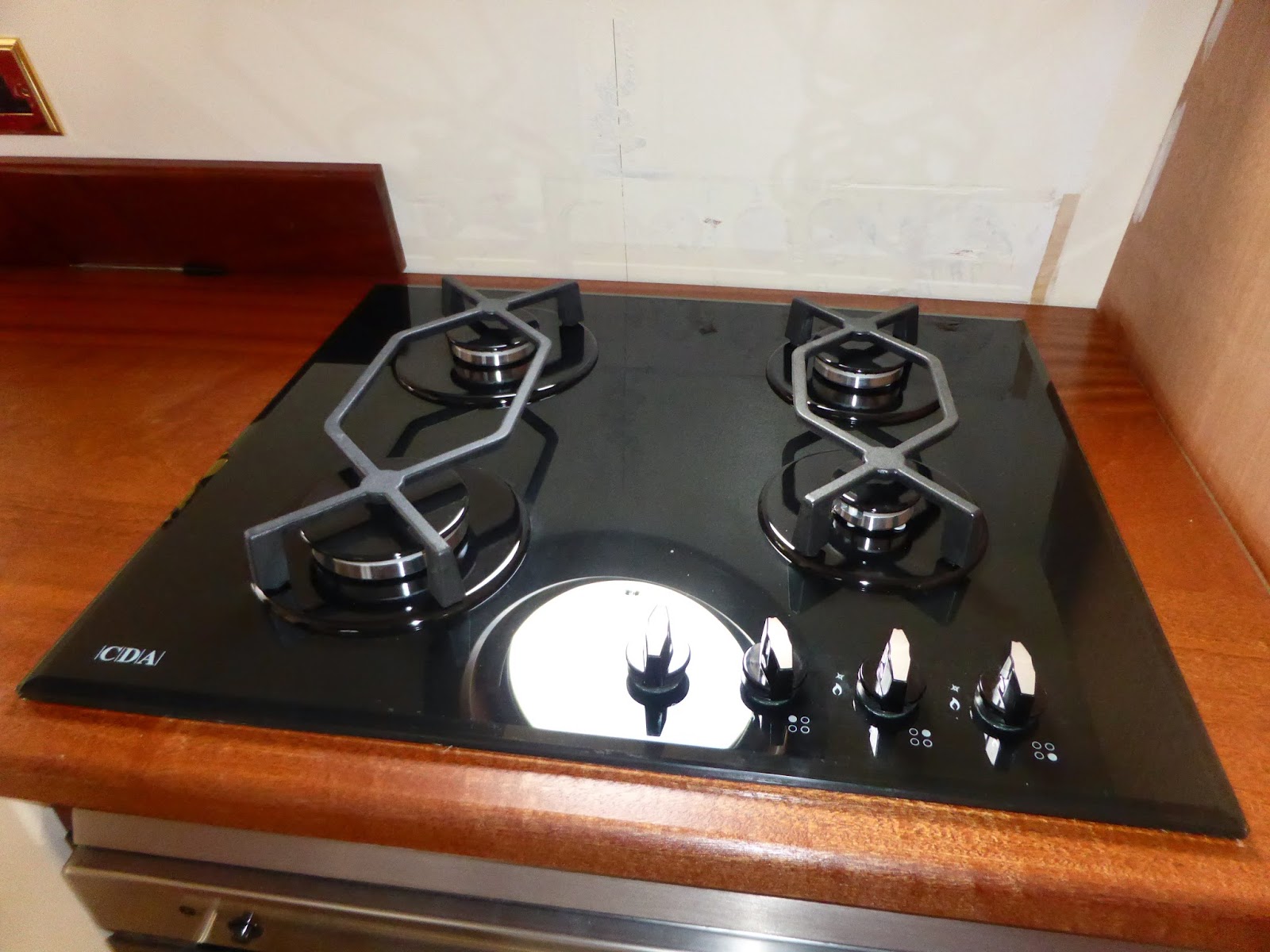 New hob fitted.  This is a CDA hob. 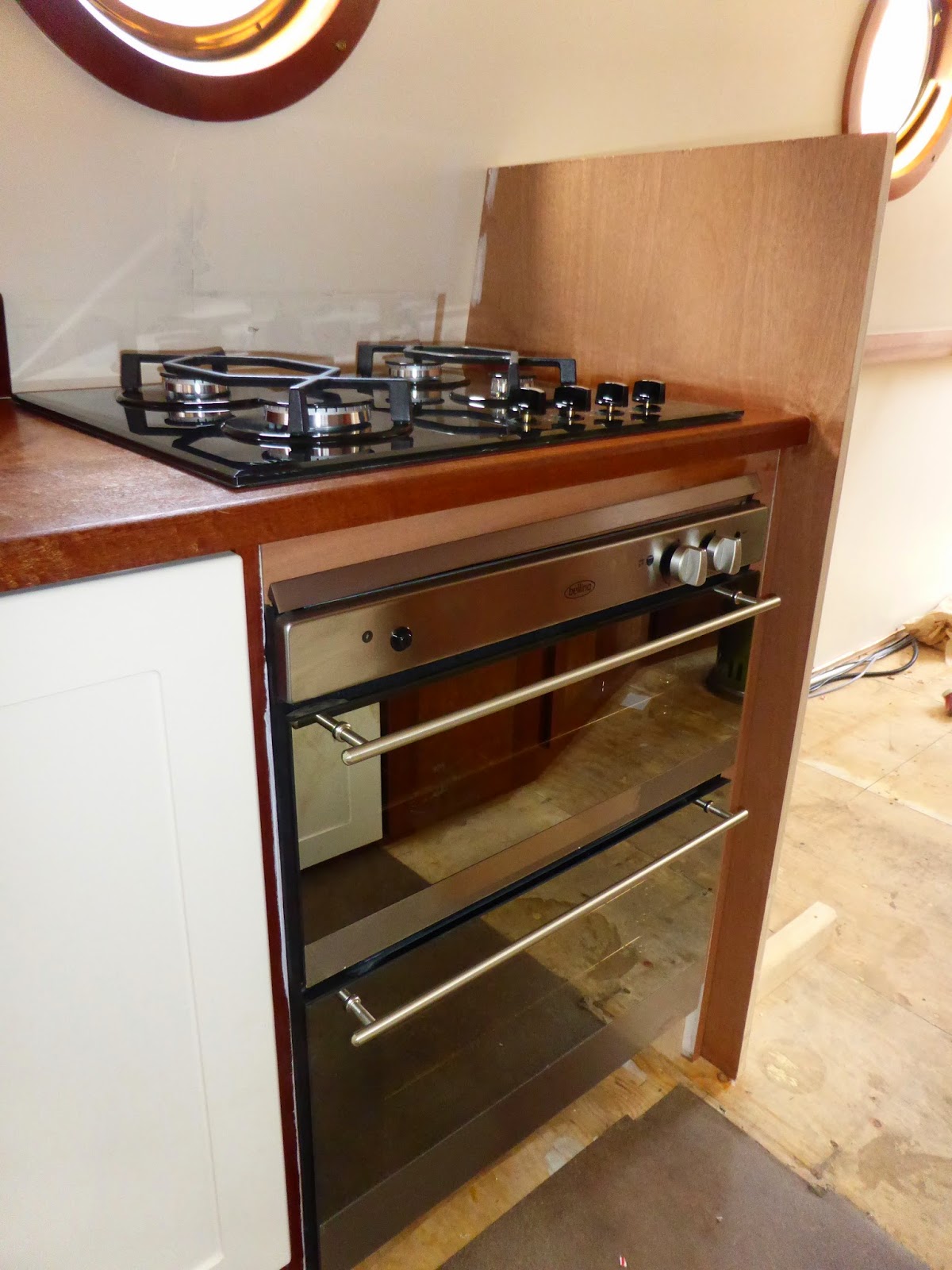 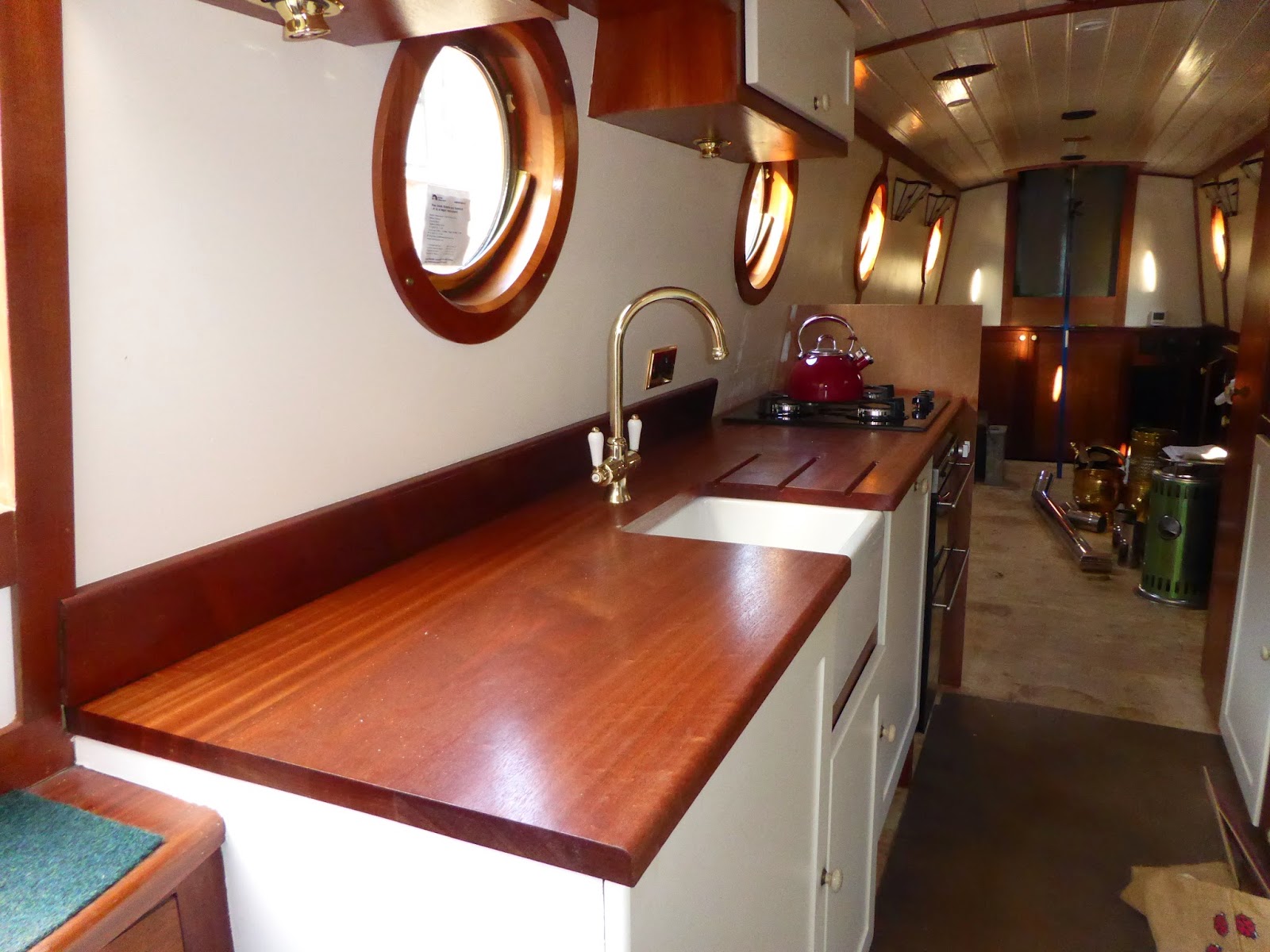 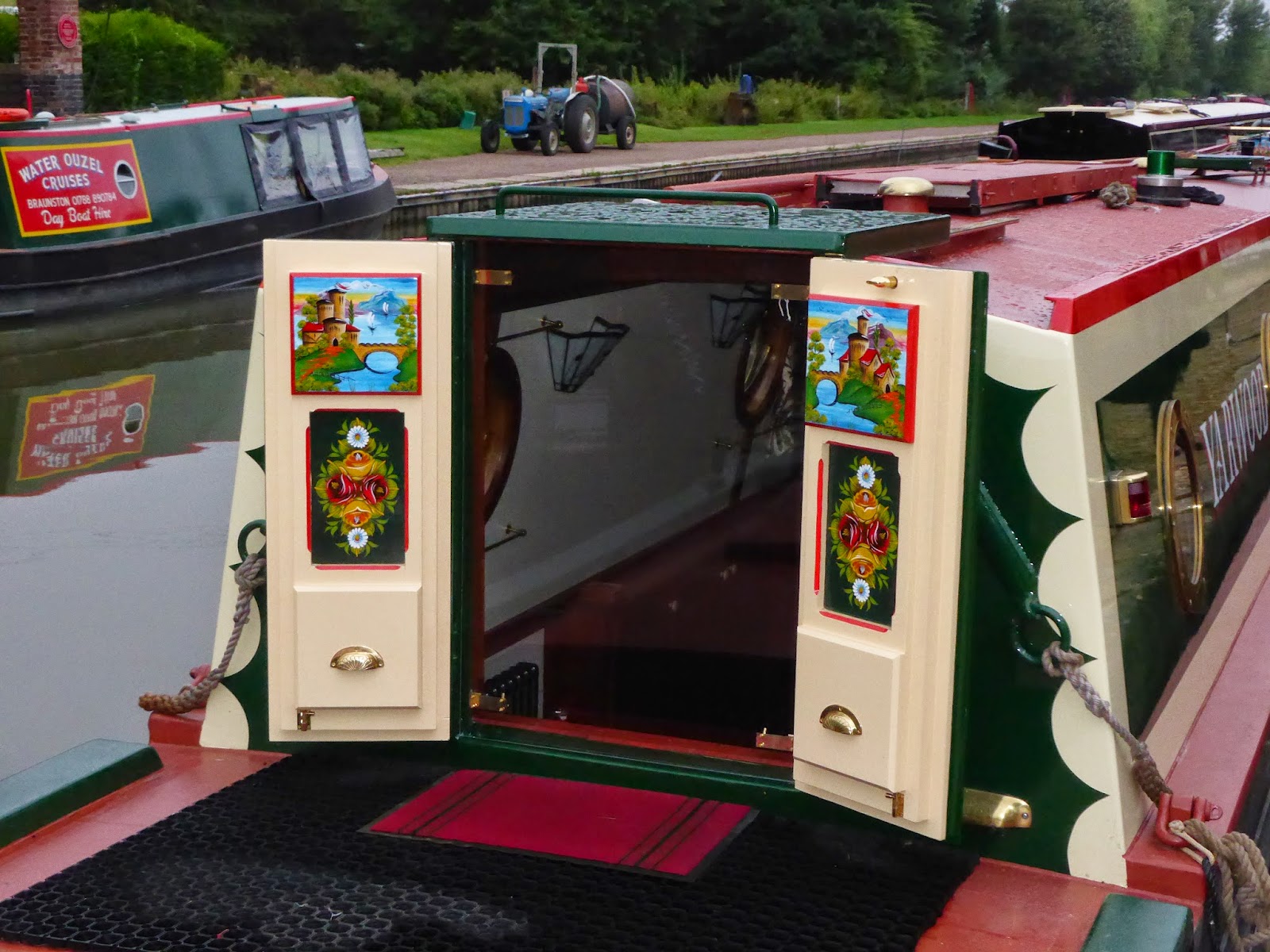 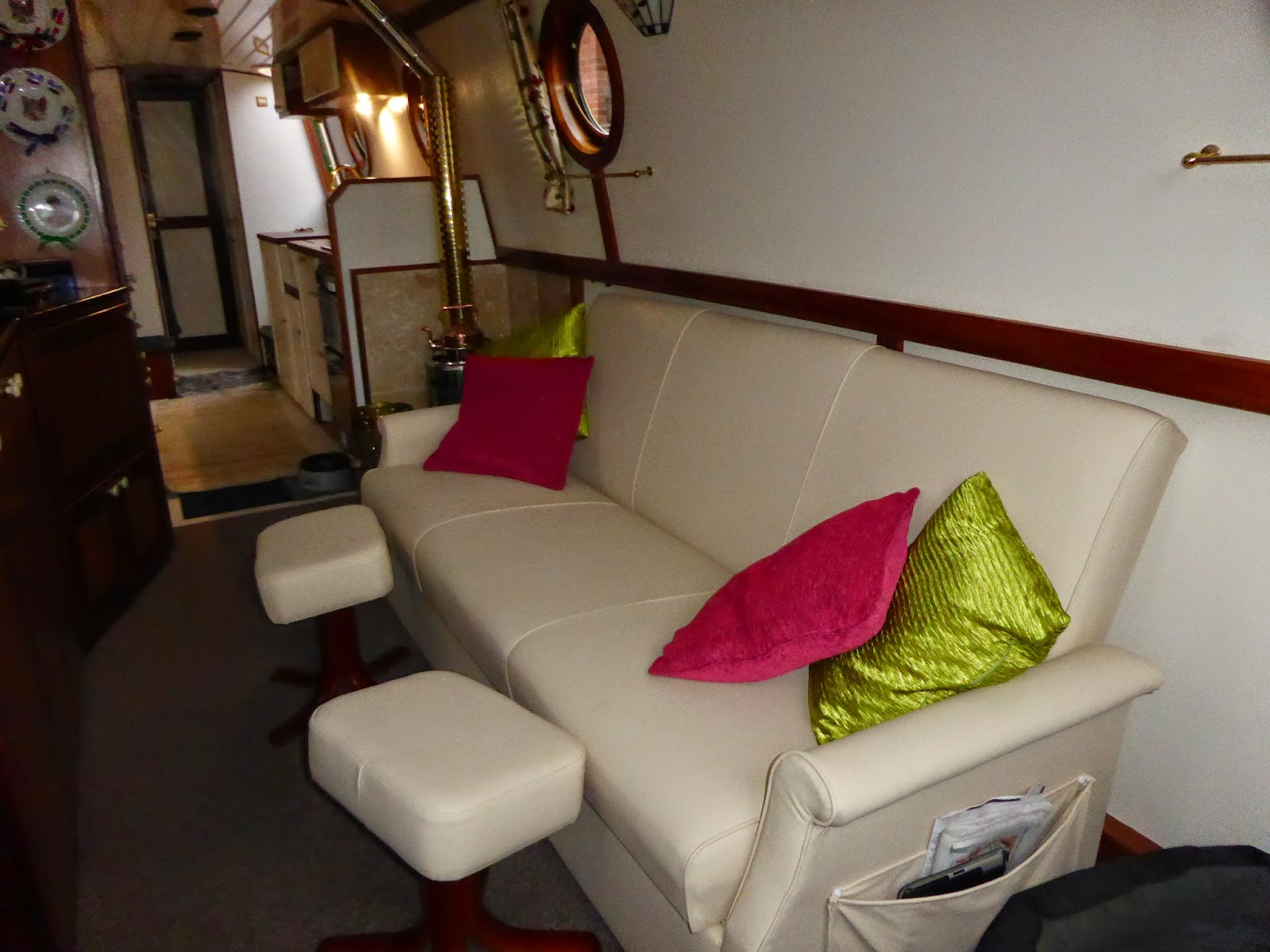 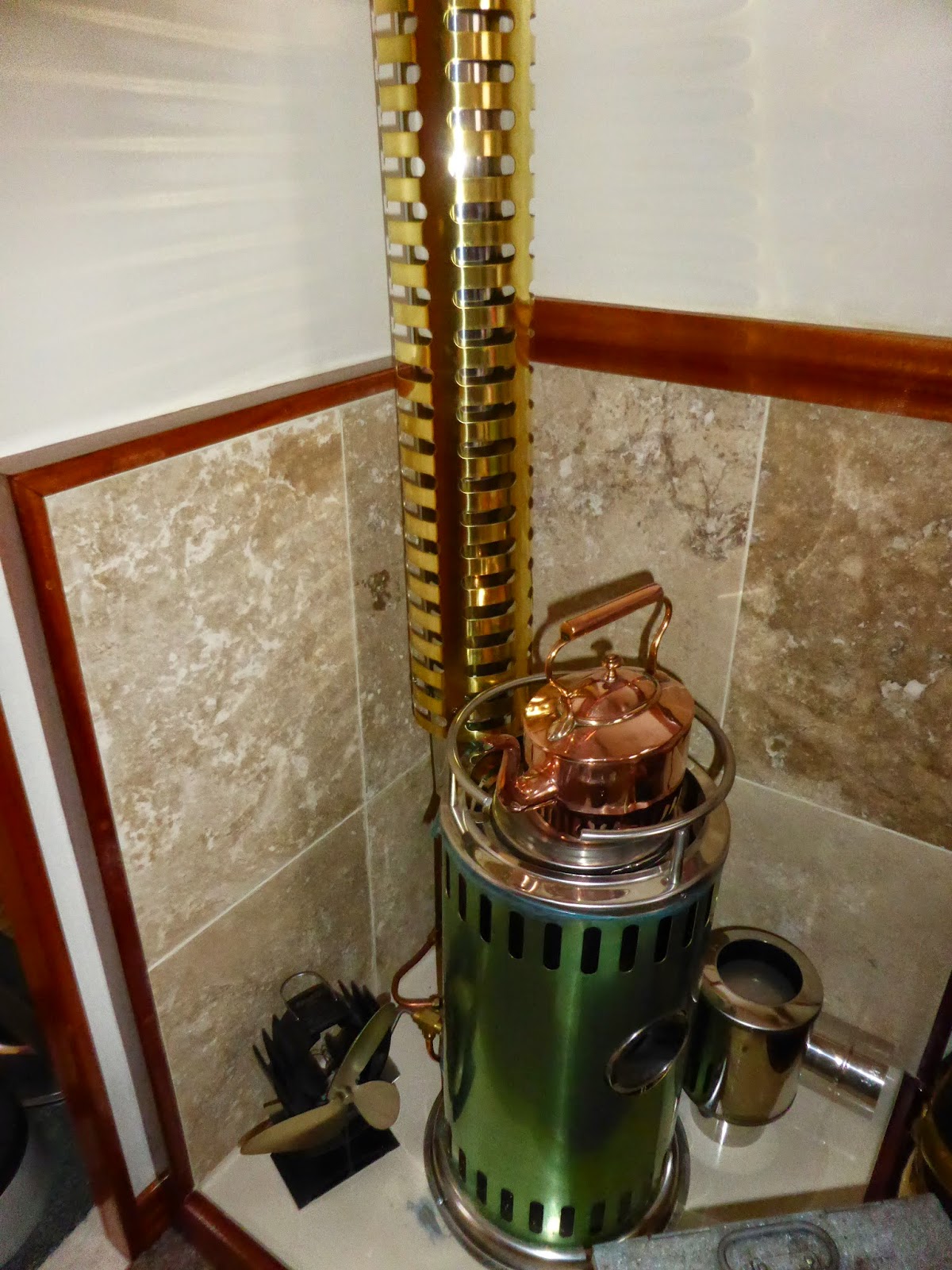 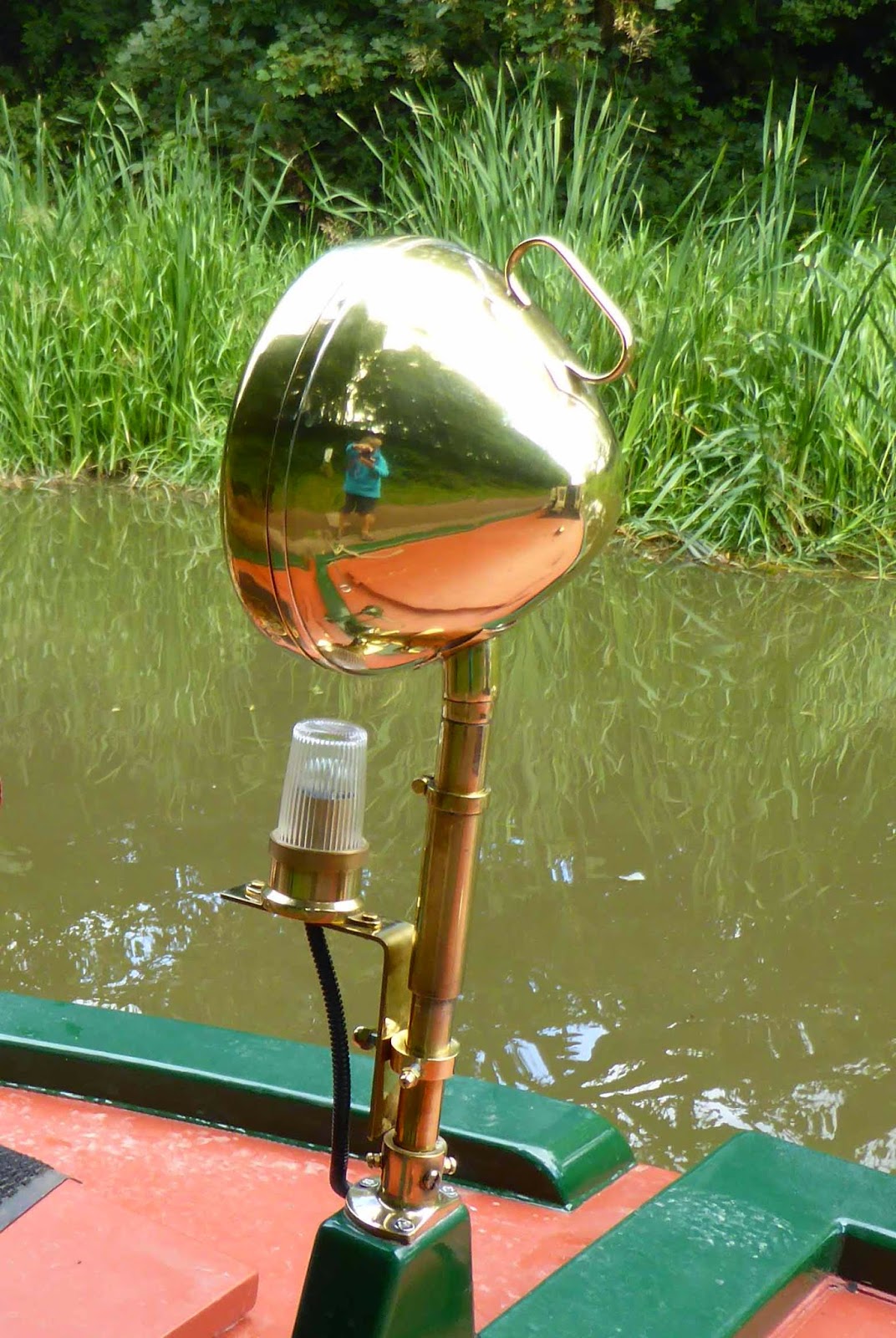 Replacement tunnel lamp - we sold the previous one on Ebay 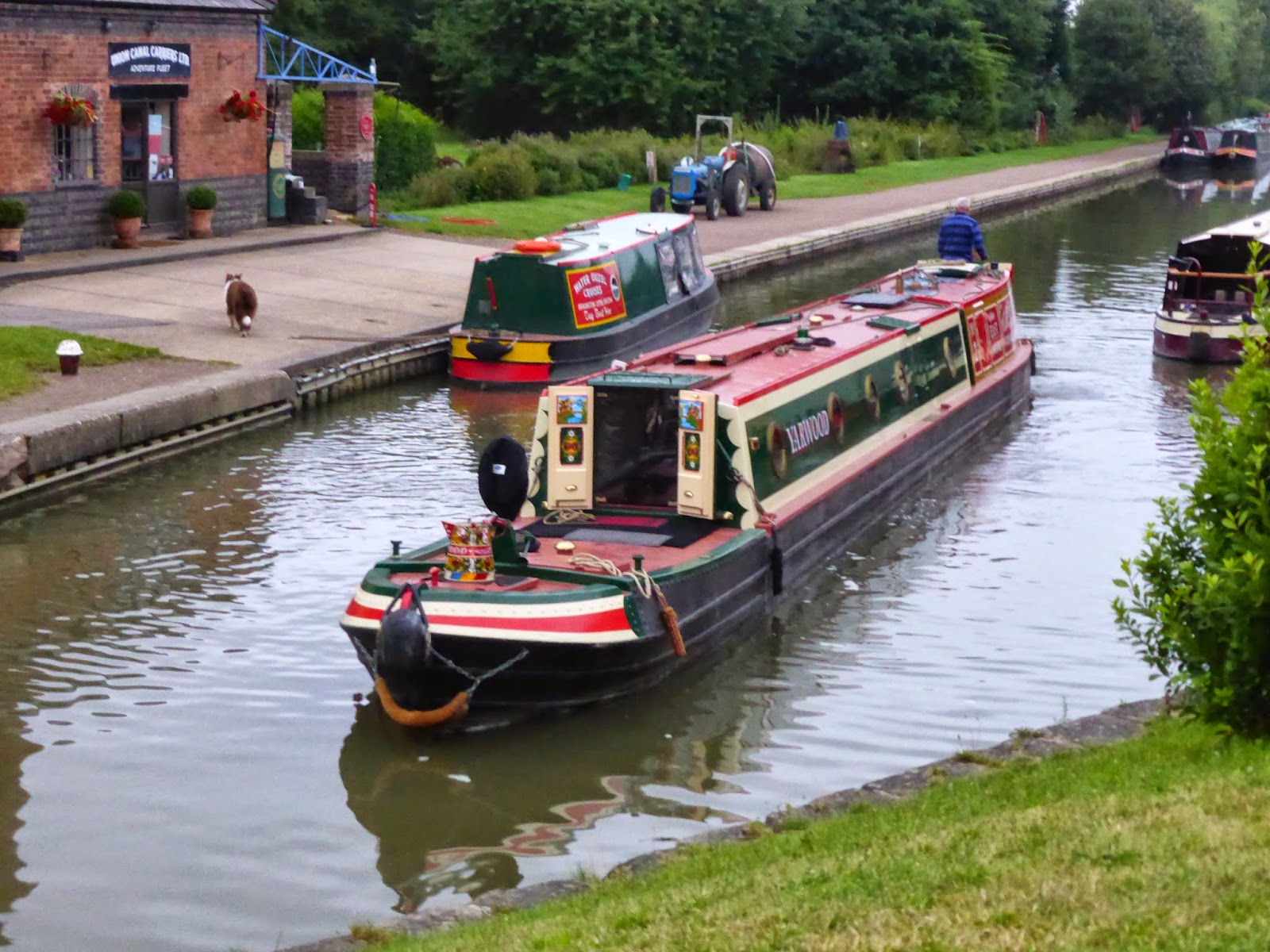 And the ESCAPE...6.45am Friday morning reversing down the cut to wind (turn) and head off towards Sharpness and pastures/waters new!
Posted by Nb Yarwood at 17:17