Last time on the Yarwood blog..... we were sitting on the lock moorings along with Nb Caxton waiting for repairs to lock seven on the Lapworth flight and the flight to be reopened.

So yesterday morning a BW work crew turned up to check on their repairs of the previous day and set about adding a layer of cement render over the newly fitted anchor bracket pronouncing that the flight would 'probably' be opened mid afternoon. 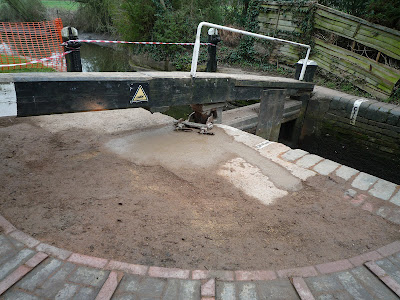 Returning from walking the dogs lunch time I could see that the cement hadn't gone off so  I called BW for an update and was told that the flight would be opened at close of business, half four, five o'clock.   We decided to leave the descent until the morning.

So that's the Right Hand version.

Blow me, twenty minutes later a BW crew appeared accompanying an Alvechurch hire boat up the flight.  They, the BW crew, laid some plywood over their repair, re watered the empty pound and announced that the flight was open!

And there's the Left Hand version.

We wasted no time, Yarwood leading the way and Caxton following, we zipped down through 14 locks, serviced the boats at Kingswood Junction and headed off south on the Grand Union. 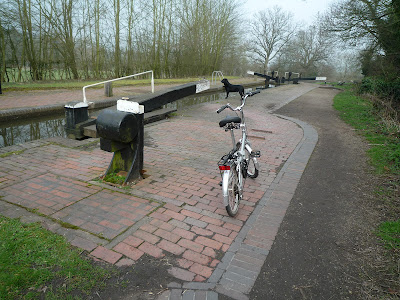 The trusty lock-wheeler (bike) is unwrapped and pressed into service 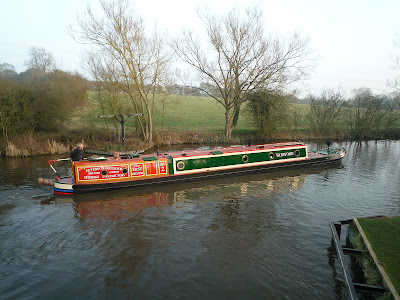 Yarwood makes the turn on to the Grand |Union 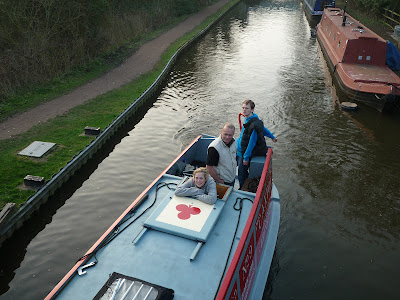 Here comes Caxton with Chris at the helm 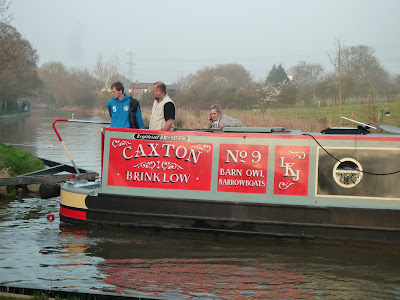 A bit of reverse to get Caxton's 68' round the turn 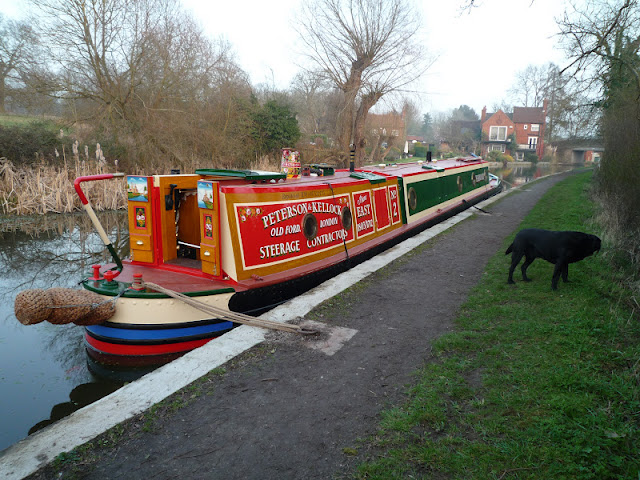 And that's us moored up at Tom O' the Wood moorings at bridge 63 for the night.
Posted by Nb Yarwood at 07:30