Our task yesterday morning was to see if we could source a shallow shower tray and a shorter shower enclosure, shorter than the norm that is.  Our original plans were to have a pentagonal shower tray, possibly made to measure out of stainless steel because that would allow the wetwall boards we intend to use in place of tiles to be fitted 'inside' the tray - nullifying the  possibility of leaks.  Things changed when Stuart our boat fitter had concerns about the finish quality of a stainless steel tray and the difficulty of creating a watertight seal with the bi-fold doors we wanted.  The framing for a bi-fold is designed to be fitted at a 90 or 180 degree angle, a pentagonal tray doesn't present those angles..  So it was rethink time.  With tape measures and pencils we crowded into the space set aside for our shower room and re planned and yesterday I found the right stuff...
From www.bathempire.com I was able to get a 900x900 quadrant shower enclosure that is only 1810mm tall and a shower tray that is a mere 40mm thick. 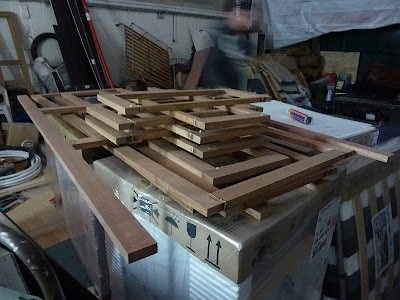 Hardwood framing for the cupboards
Yesterday afternoon we went up to see Yarwood again. 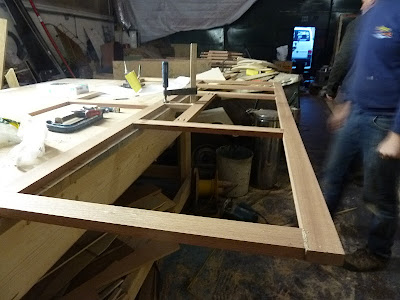 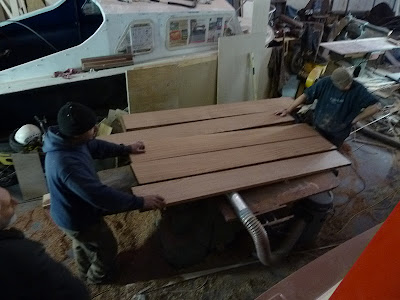 Richard had been out buying more wood and was busy with John preparing it to make the worktops for the galley. 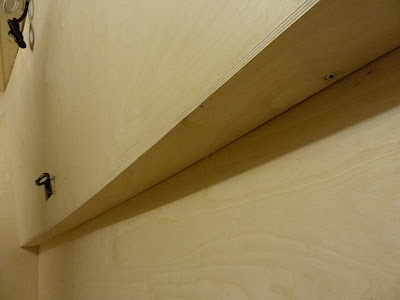 Fiddly finishing touches in the back cabin - 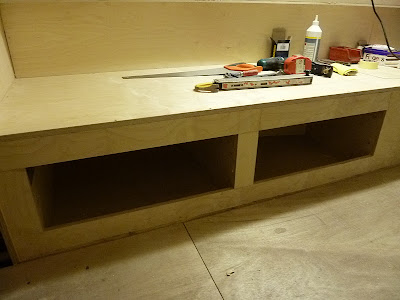 Space for the drawers under the side bed in the back cabin
Posted by Nb Yarwood at 08:56