Yesterday we took our leave of Birmingham servicing Yarwood at the BW facilities opposite The Cube before moving out.  Instead of walking the dogs along the towpath towards Kings Norton I stayed confined to the boat while we continued to 'experiment' with the washing machine/generator mix. 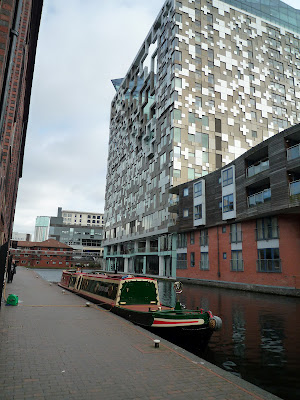 Yarwood moored in front of The Cube taking on fresh water 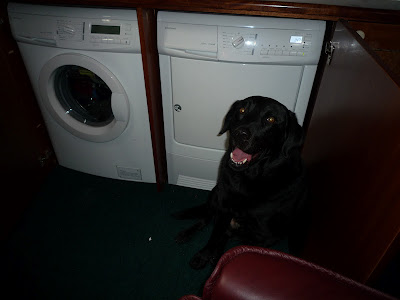 Fletcher lends a helping paw to this laundry stuff 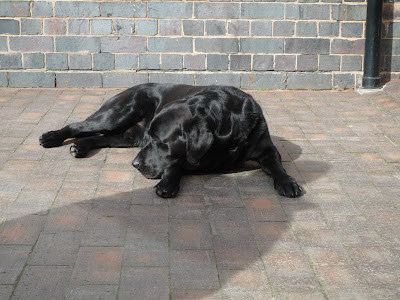 Whilst Floyd guards the towpath outside the boat 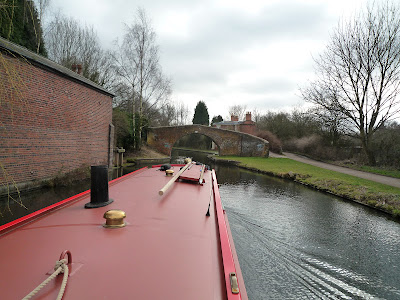 Yarwood approaching Norton Junction where we will turn off of the  Worcester and Birmingham canal on to the Nth. Stratford canal. 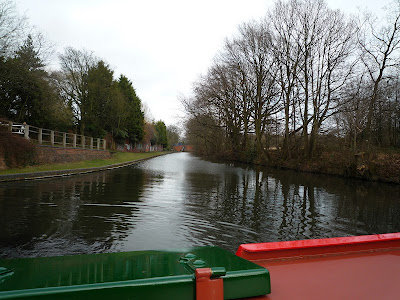 The start of the North Stratford canal 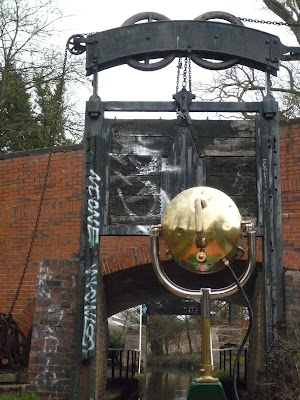 Negotiating the stop lock with its historic guillotine gates 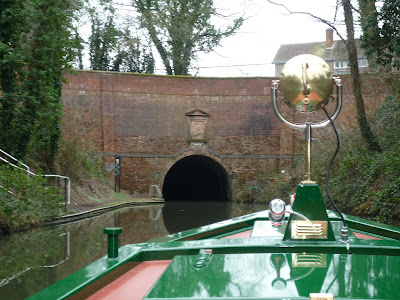 Yes, I am still on board playing with washing machines and tumble dryers and taking photo's through the front hatch doors as we approach Brandwood tunnel
I managed to get myself and the dogs off of the boat as we got past the tunnel so we could get some exercise.  Passing under a high bridge, a youth  hanging over the parapet starting barking at the dogs, I just nodded a greeting and carried on through but Joe was less fortunate...
Joe found himself the target of some cretinous youth's anti-social behaviour, the spitting of  phlegm at passing boats.
Why?
What possesses someone to act in that fashion?
I suppose it is better than bricks and bottles...
but doesn't it make you want to administer a fatal beating to the obnoxious little tyke? 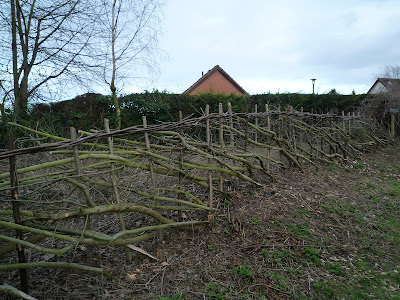 A newly layered hedge as we get into the countryside 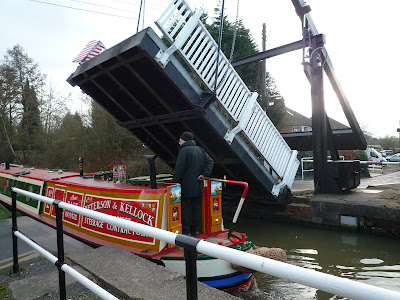 Passing through the lift bridge at Shirley 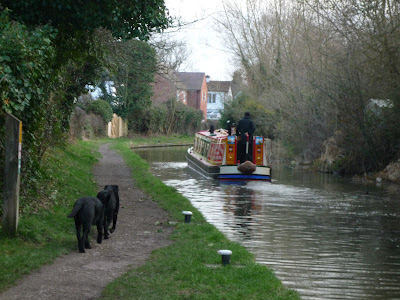 Off went the boat with me 'ome packed init, I followed on with my two Labs 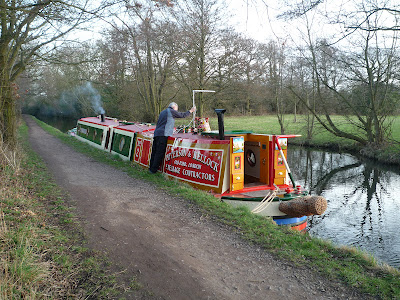 A finally, moored up for the night.
Posted by Nb Yarwood at 18:23