Some mornings are just so glorious and yesterday was perfick..

We pulled out of our berth at Bill Fen Marina just after half eight and headed off towards our rendezvous with the crew of Matilda Rose who were awaiting us in March.  I sat on Yarwood's tug deck like Lady Muck and took photographs.

So what follows is a bit of a fenland fest to feast your eyes upon! 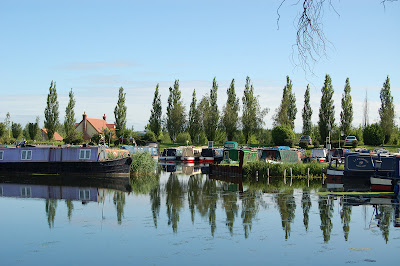 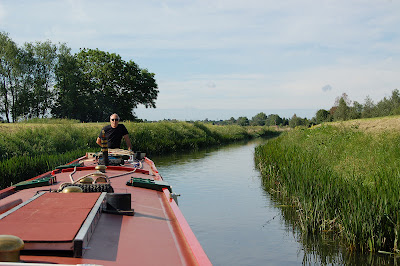 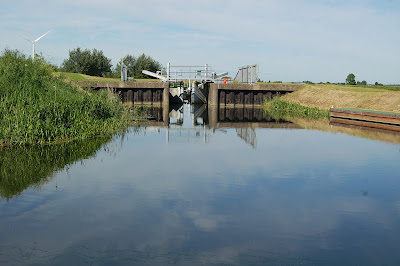 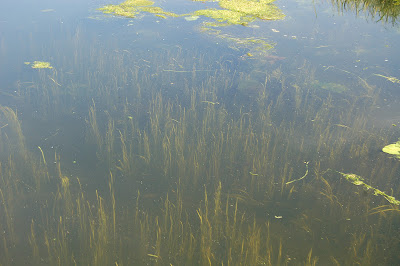 Clear water - we even watched a grebe swimming under water but I needed a polarising lens filter to get a decent shot and needless to  say, I didn't have one to hand.. 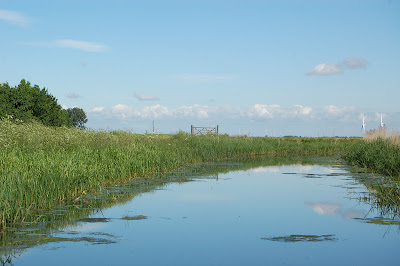 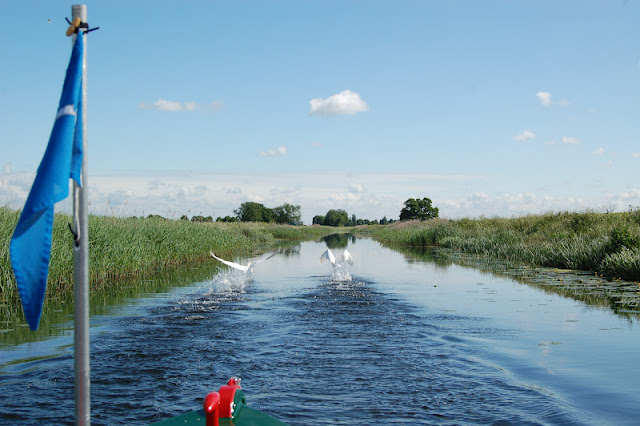 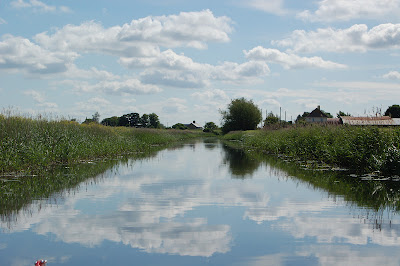 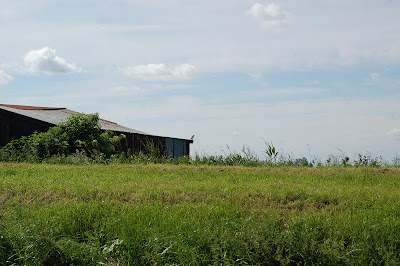 And what's this?
The dot on the roof of the shed is a Barn Owl 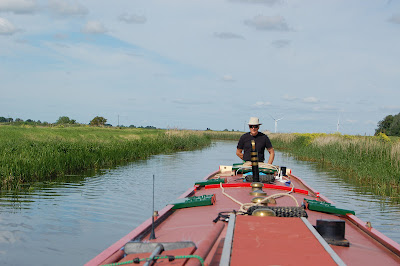 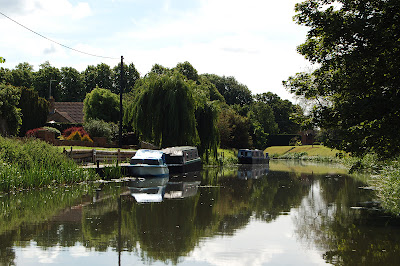 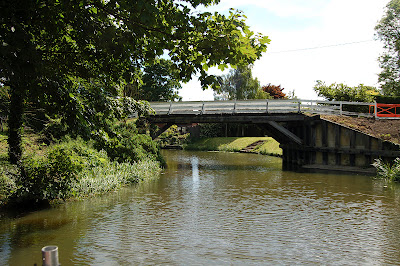 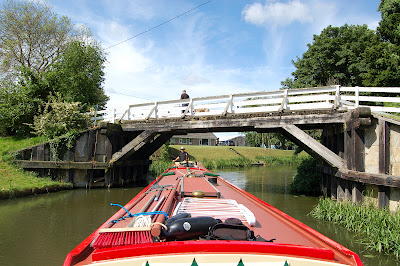 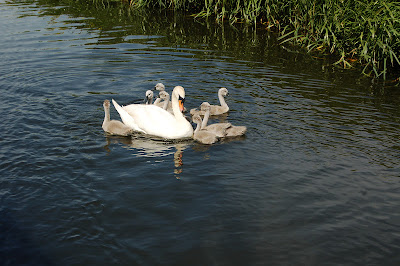 I think we have met before.. the pen with her seven cygnets 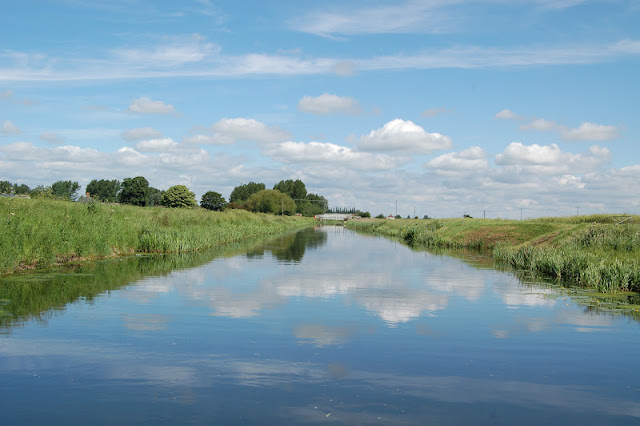 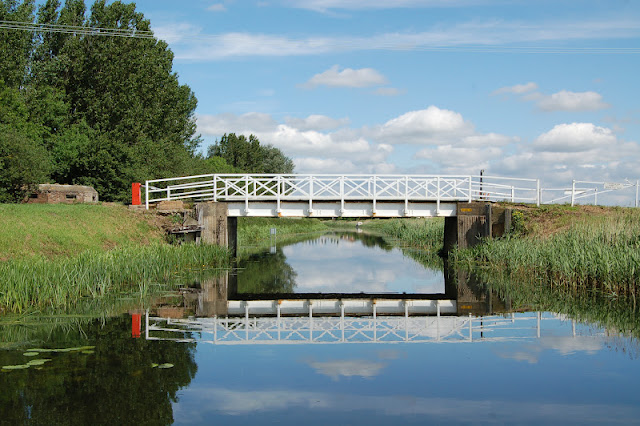 White Fen Farm bridge and all those lovely reflections 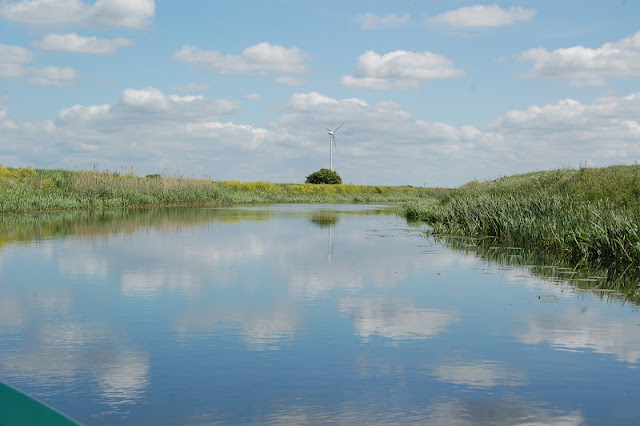 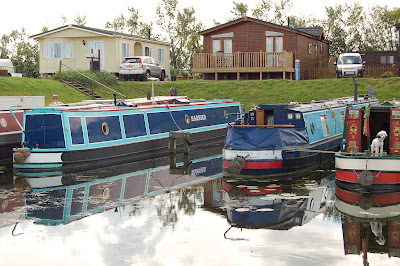 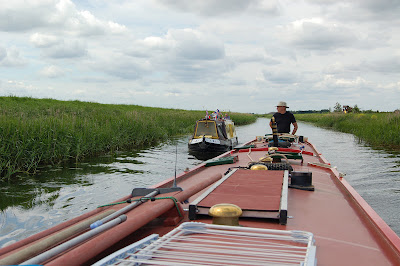 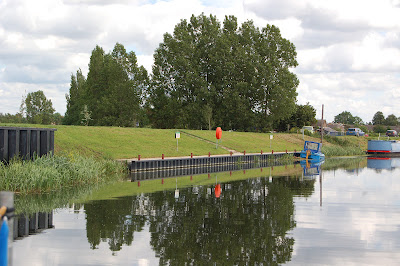 This is the very new, very long, very PRIVATE Middle Level Commissioners mooring
.... occupied by a tiny reed cutter and sorry, but given the dearth of moorings on the 100 miles of navigation this seems a bit indulgent!..rant over. 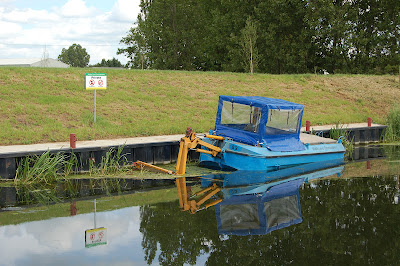 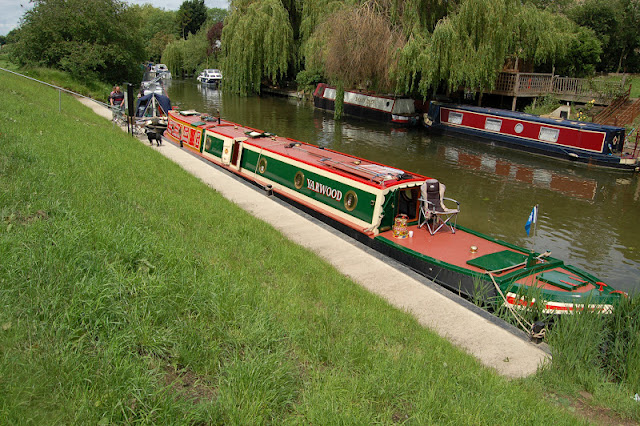 Yarwood moored up with Nb Matilda Rose behind.  We were shortly joined by Nb Athemis who breasted up alongside us.
Posted by Nb Yarwood at 11:05