Our stay in March had been pleasant and not too noisy though I was woken by one drunken woman screeching obscenities into her mobile phone; I lay and waited for the splash but it never came so presumably she made it home and I went back to nodville.

Anyway, as I am off to Essex this coming weekend to see my family we have booked Yarwood into Bill Fen Marina at Ramsey for the following week and, as we are staying on the Middle Levels, we  thought that a little exploration of these waters would be a good use of our time.  So yesterday morning we left March heading north westerly on the old river Nene.  After leaving the shelter of March the river opens out into quite a wide expanse and flows out through arable farmland and wind farms. 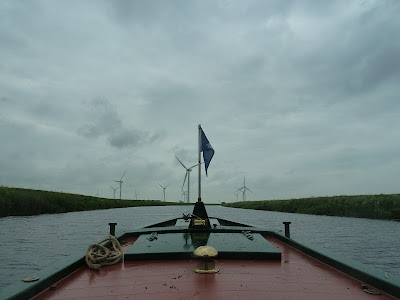 Heading down the Nene just outside March 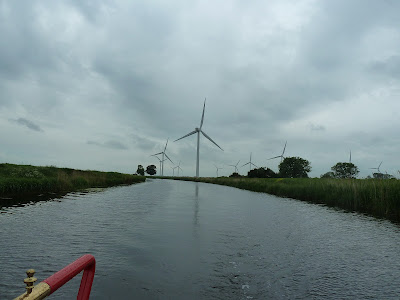 I counted twenty two wind turbines but although they were all turning, very little noise 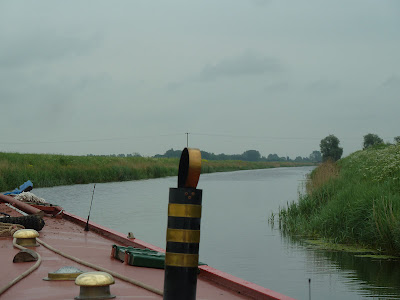 Approximately 3 miles out of March we turned Yarwood right (just short of Marmont Priory lock) on to Popham's Eau.

In 1605, Sir John Popham, who was the Lord Chief Justice at the time, began work on a drainage scheme near Upwell, and although the scheme was ultimately abandoned in 1608, Popham's Eau, his 5.6-mile (9.0 km) cut from the old course of the River Nene near March to the Well Creek at Nordelph remains.  (Ref. Wikipedia)

This waterway links to the Sixteen Foot Drain. 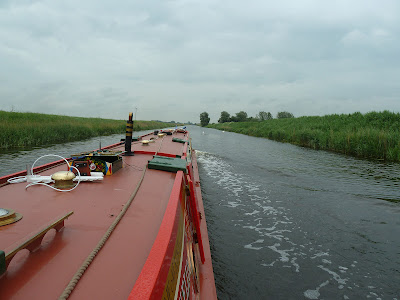 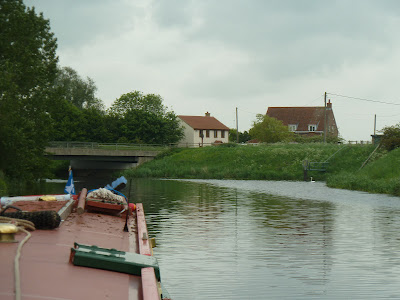 Approaching the turn for the  Sixteen foot Drain on the right 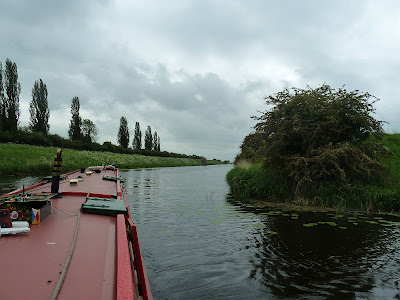 The Sixteen foot drain is part of the 17th century drainage scheme designed and overseen by Vermuyden. 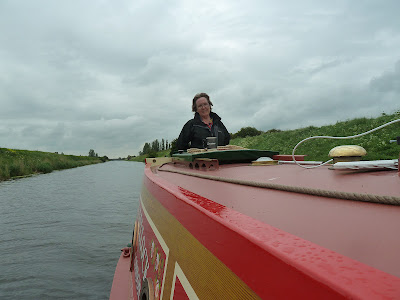 I have taken the helm while Himself goes off to do something, a rare chance for me I might add 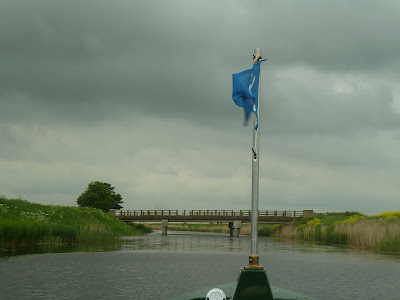 The Sixteen Foot Drain  is crossed by 13 bridges, a number of which are very low 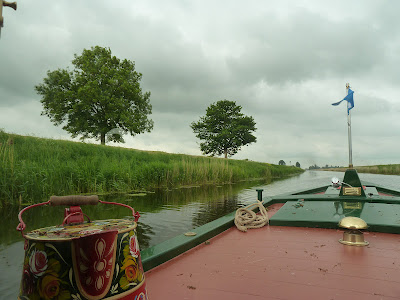 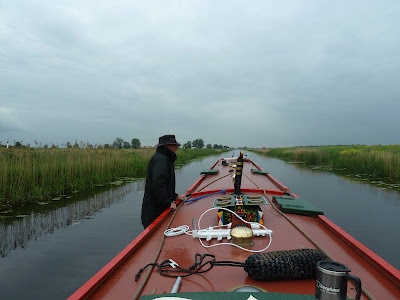 Jo re-adjusting the engine exhaust after contact with a bridge.

Once we had reached the junction with the Forty Foot Drain (Vermuyden's Drain) we were going to back up into Horseway lock and moor up but Joe was for pushing on to Ramsey so ...we did.  I took the helm again for an hour by which time it was pelting with rain and I needed wipers for my specs but we got there anyway and I didn't take out any bridges. 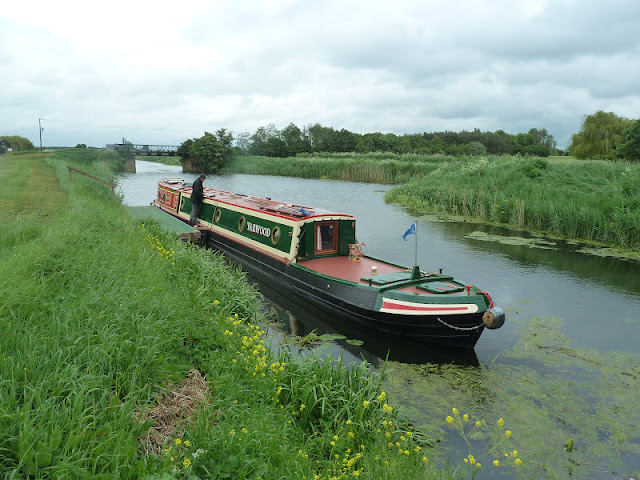 Moored up again at Lodes End.
Posted by Nb Yarwood at 09:15