After a grey and damp Saturday which saw the dogs walked early and the humans heading off into Waterbeach for a pint or two, Sunday arrived guilded in autumn sunshine.  Joggers and walkers were already out and about as Jill and I emerged from our respective boats and headed off to explore.  Jill had Memory Map loaded on her mobile phone but we hadn't gone far before we found we had 'walked off the map' on the phone so we were soon back to our normal state of being lost...
Ah well, never mind.
We continued onwards, walking the bank of Bottisham lode (lode - a man made drainage ditch/dyke) until we came to the edge of a habitation.    Not a clue where we were until we hauled up outside a church and found we were in the village of Lode...

Which takes it's name from,
you've guessed it, 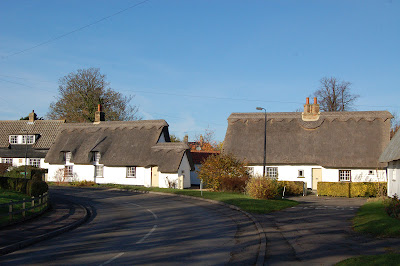 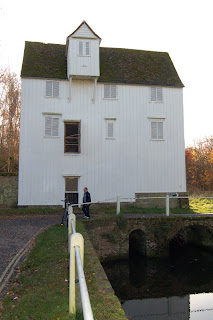 And in Mill Lane we find a working water mill, Lode Mill owned by the National Trust. 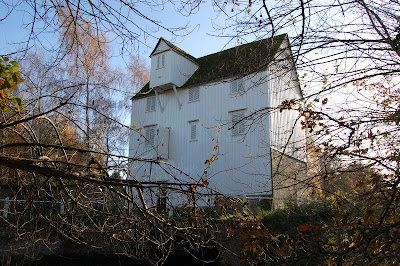 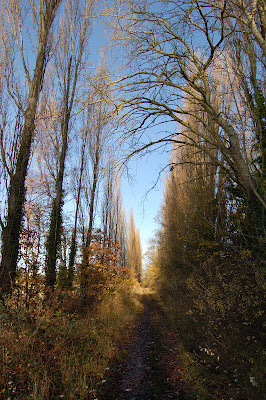 A tree lined avenue - so unusual and welcome on the fens 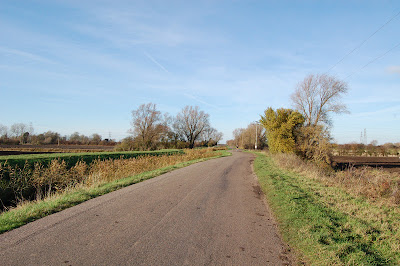 Heading back to the boats on an almost deserted country lane
Posted by Nb Yarwood at 11:51