Having just enjoyed a couple of nights moored at Upware, outside The Five Miles from Anywhere Inn and connected to shore power, we moved off just after 9am yesterday morning.    The occasional access to shore power allows us to 'condition' the battery bank - as if I know what I am talking about??? 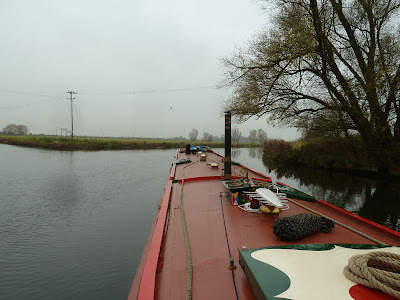 Moving off in a cold a misty morning 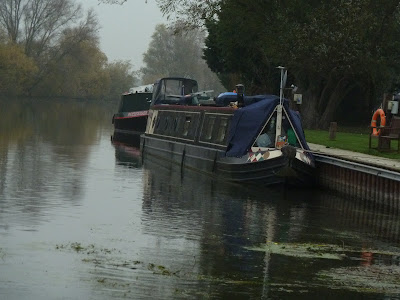 Leaving the MR crew snoozing..
After an hour cruising we approached Bottisham lock and once through we moored on the Goba moorings just beyond where we were joined by Jill and Graham after an hour or so.
In the afternoon Jill and I and the four dogs set off to find some alternative ground to cover and came back through a stand of willows where some harvesting had been done. 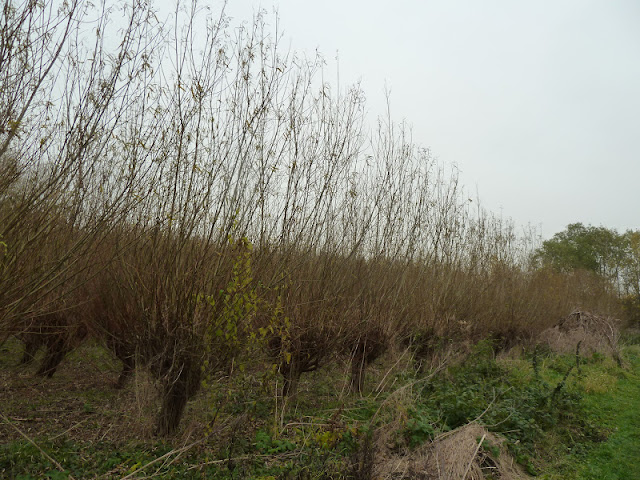 A typical fenland scene, a stand of coppiced willow 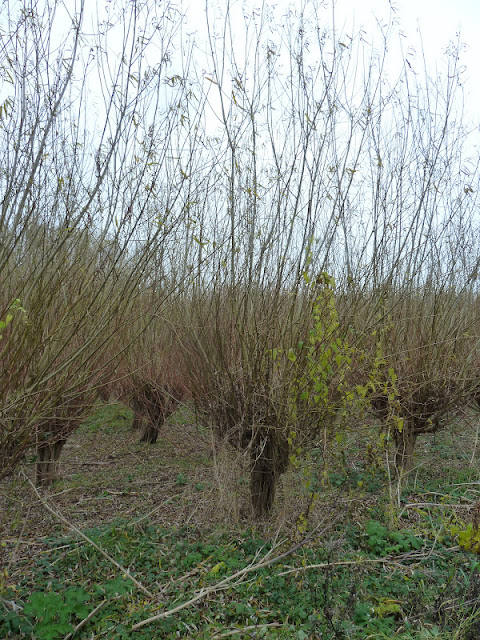 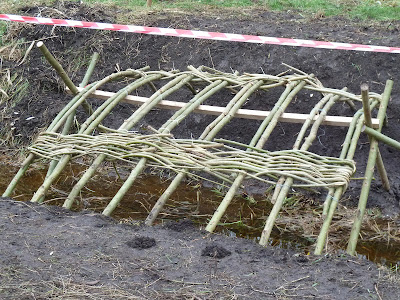 I think this is a willow of bridge under construction??

Update - this morning we passed the chaps working on the bridge, along with the child labour.   They told me that they were Engineers and were working with the Woodland Trust and Cambridge University design engineers to build the willow structure.   - apparently the kids spend most of the rest of the week up a chimney.. 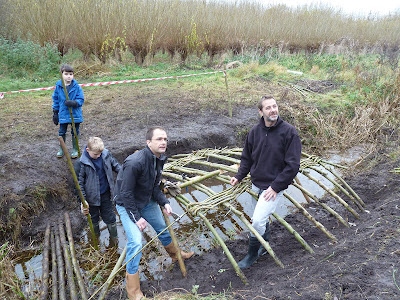 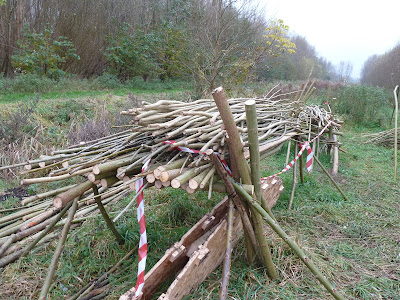 Willow withy ready for use in the construction of the 'bridge'.
The usefulness of willow is interesting, with modern applications including willow being grown as biomass for use in electricity power generation.  The willow's growth rate is phenomenal and managed cropping makes it a super 'renewable' source of power apparently.
Posted by Nb Yarwood at 10:25