There was fun and games yesterday morning when it came time to fill Yarwood's water tank and take our leave of Cambridge.  We were originally going to move out of town on Saturday but driving winds lost out to prudence in the arm wrestling contest and we stayed put.
So despite the river bank being swamped by flood waters yesterday we really did to replenish supplies.  I donned my rather fetching rubber shoes (cut down wellies) and prepared to splash about in the very cold water.  Joe winded Yarwood and after a couple of attempts managed to get to the opposite bank against the weir stream.  I stepped down from the gunwale with the centre line on what I hoped/believed was the bank six inches below the water level and got Yarwood secured.  There seemed little point Joe joining me and also getting cold and wet so he stayed aboard passing me keys and water hose and cassettes and I did the necessary. 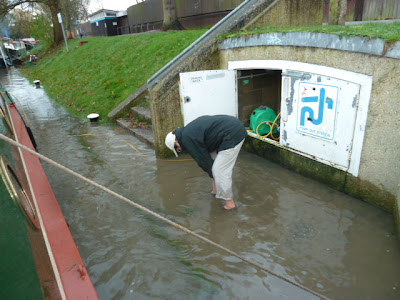 Adjusting trouser level in the shallower water by the service point 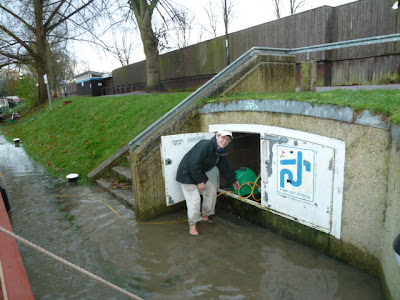 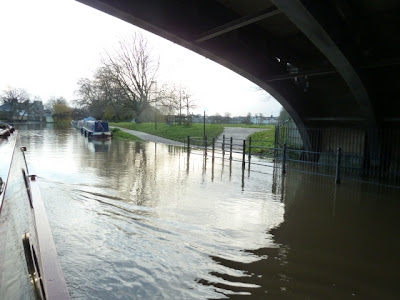 Back aboard and heading down stream out of Cambridge.  All the permanent moored boats had poles down to stop them slipped over the bank.  We gave a farewell toot to Nb Lucky Duck as we passed but they were not about. 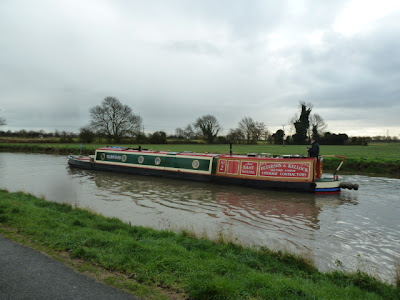 I stayed aboard until Baits Bite lock after which I walked the dogs along the river to where we were planning to moor. Moored at Clayhithe in the sunshine. 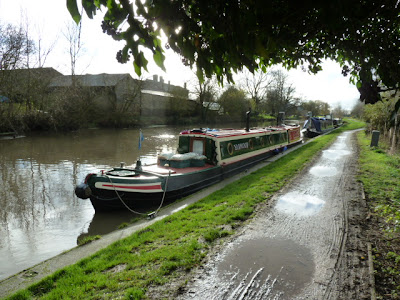 Yarwood with NB Matilda Rose behind us
Posted by Nb Yarwood at 10:39