I go out for a drive around

Joe was busy doing his Spanish homework - we are taking Spanish lessons - I was restless.  I had walked the dogs, cooked lunch and then decided that I would go out for a drive, the dogs decided that they would join me as they couldn't be arsed to learn Spanish..

I tend to just point a car and turn off wherever I fancy, I get lost, I get unlost and I make discoveries.  Setting off I headed out through Frailes, the village we had had lunch in on Friday, and continued through the village on increasingly narrowing roads until I took a left hand turn and headed up, up and away - we were going mountain climbing! 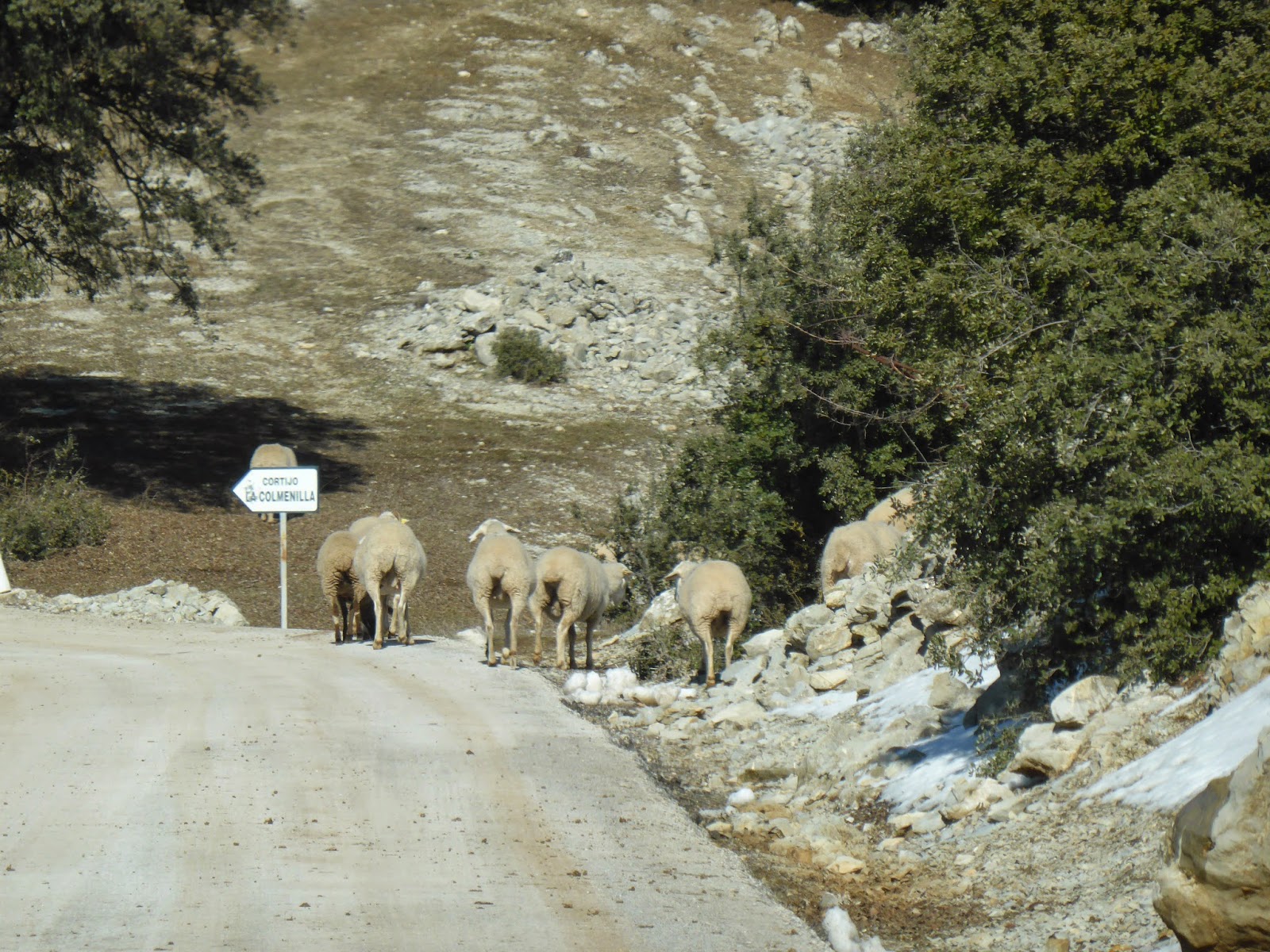 We wound constantly upwards with a single track road, hairpin bends, occasional bridges and plenty of protective Armco barriers to stop you plunging over into the abyss. 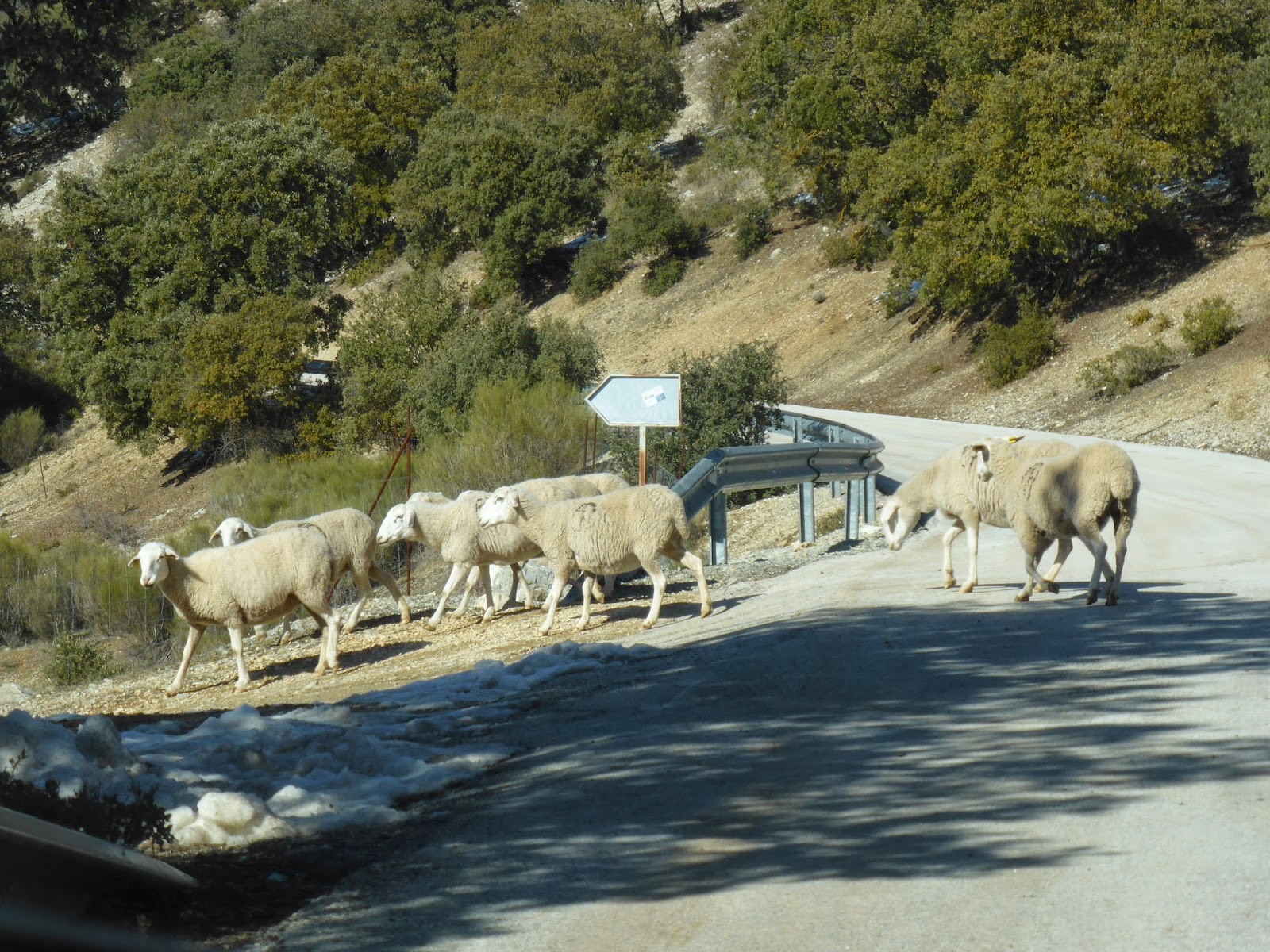 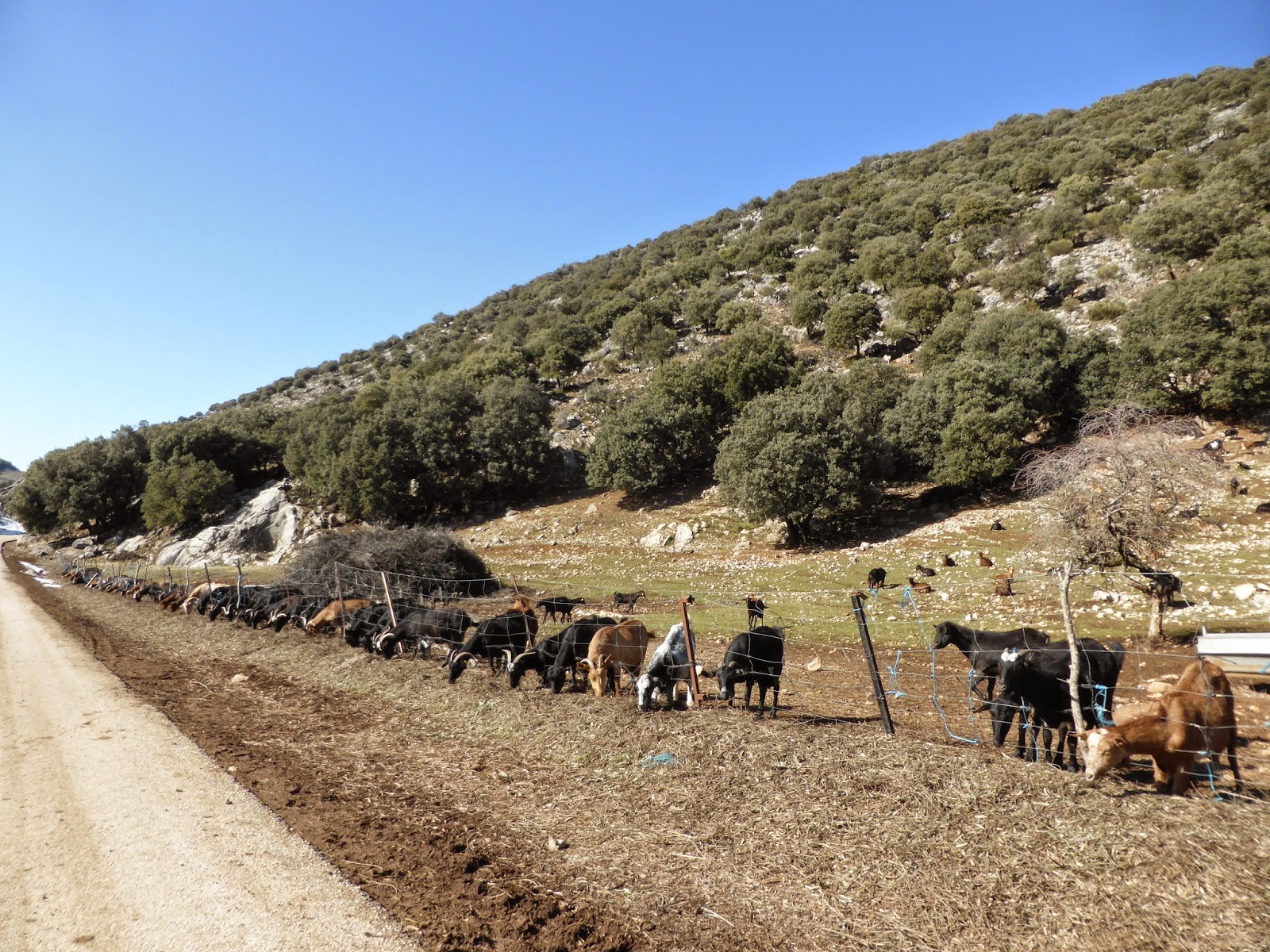 A herd of cabra, goats, checking the grass on the other side of the fence...none of which looked particularly green!

Around another few miles of tight bends and we start to descend again before it's up again across another range of hills. 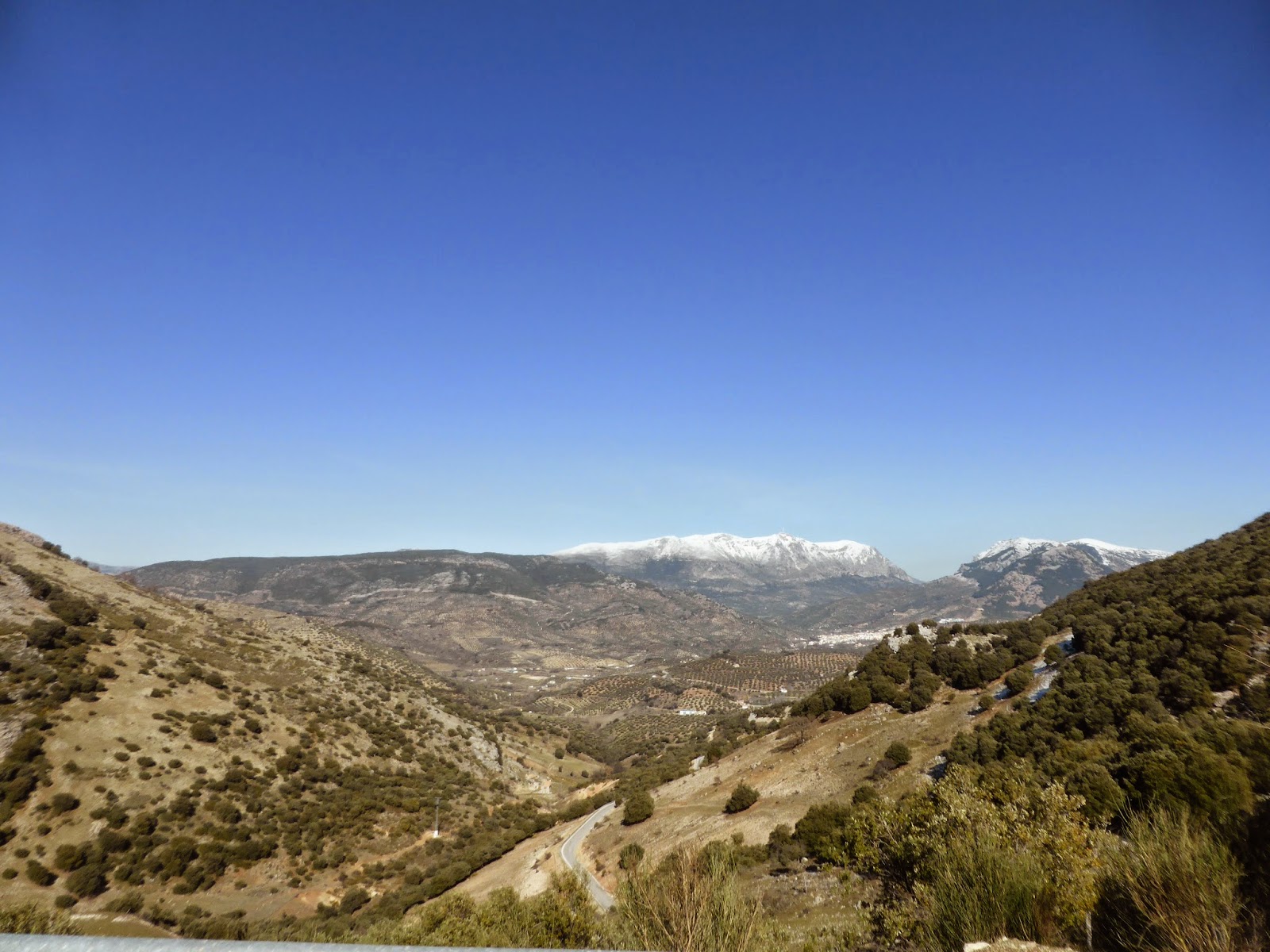 A road with a view 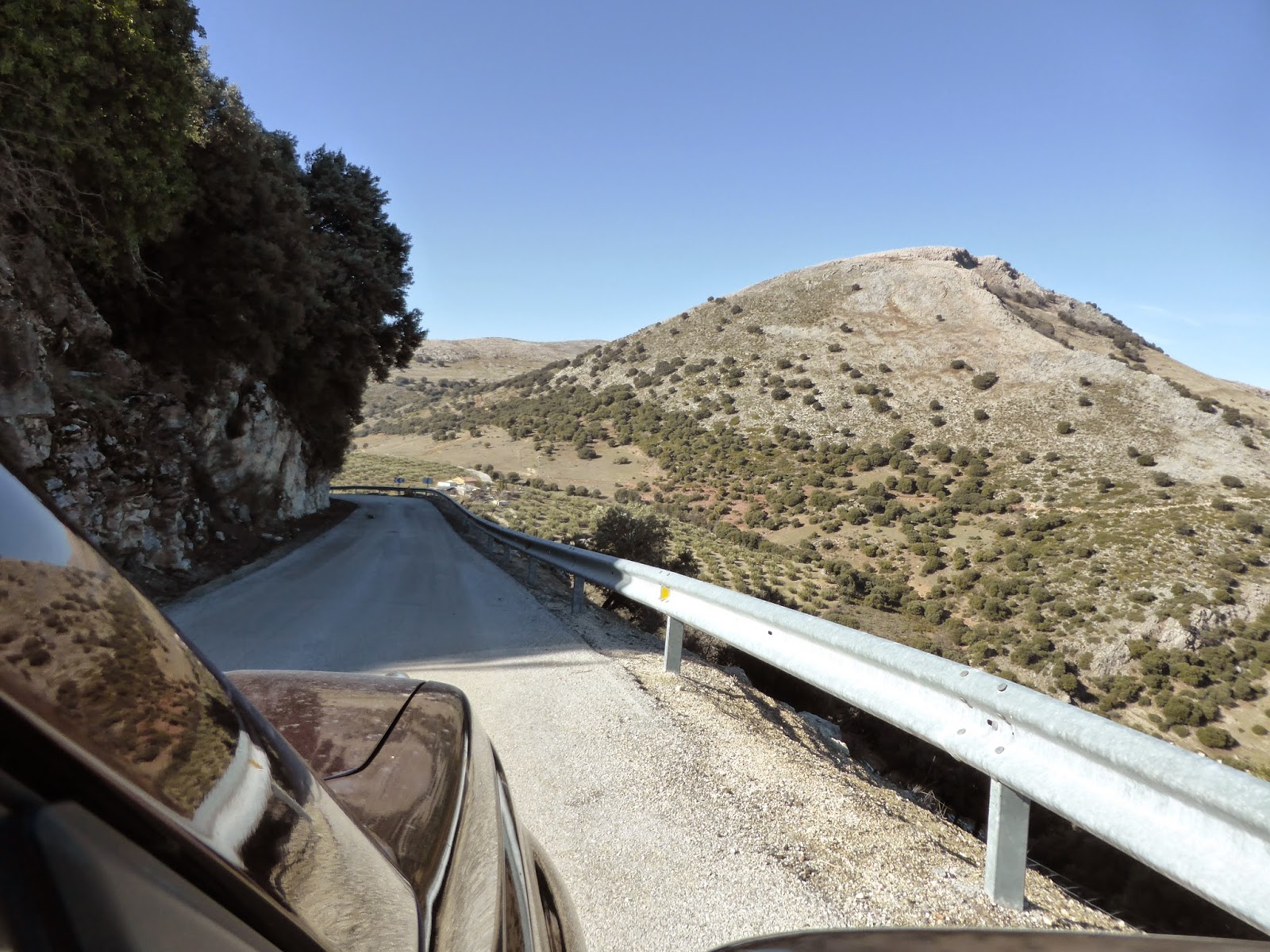 See what I mean about the road 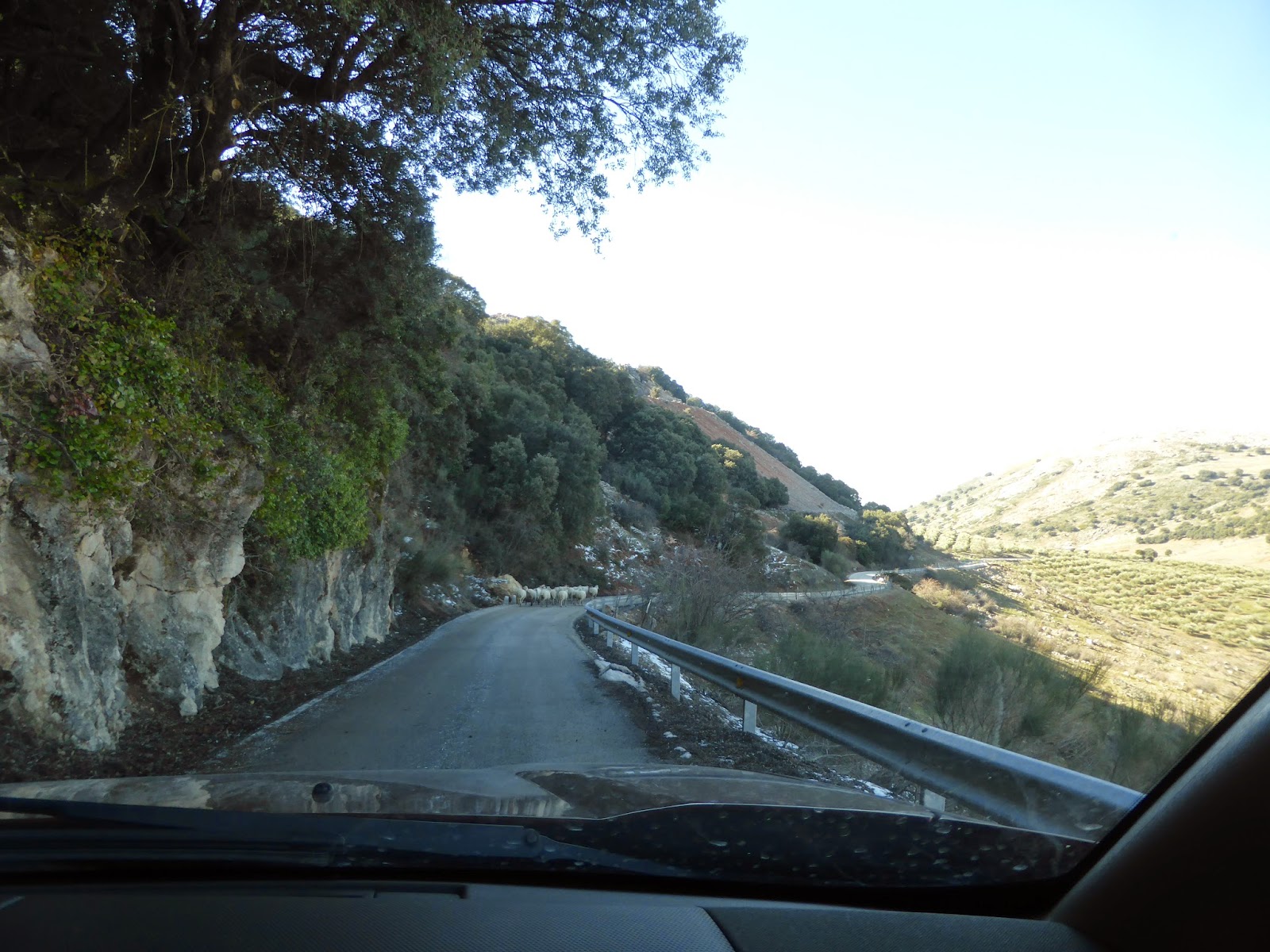 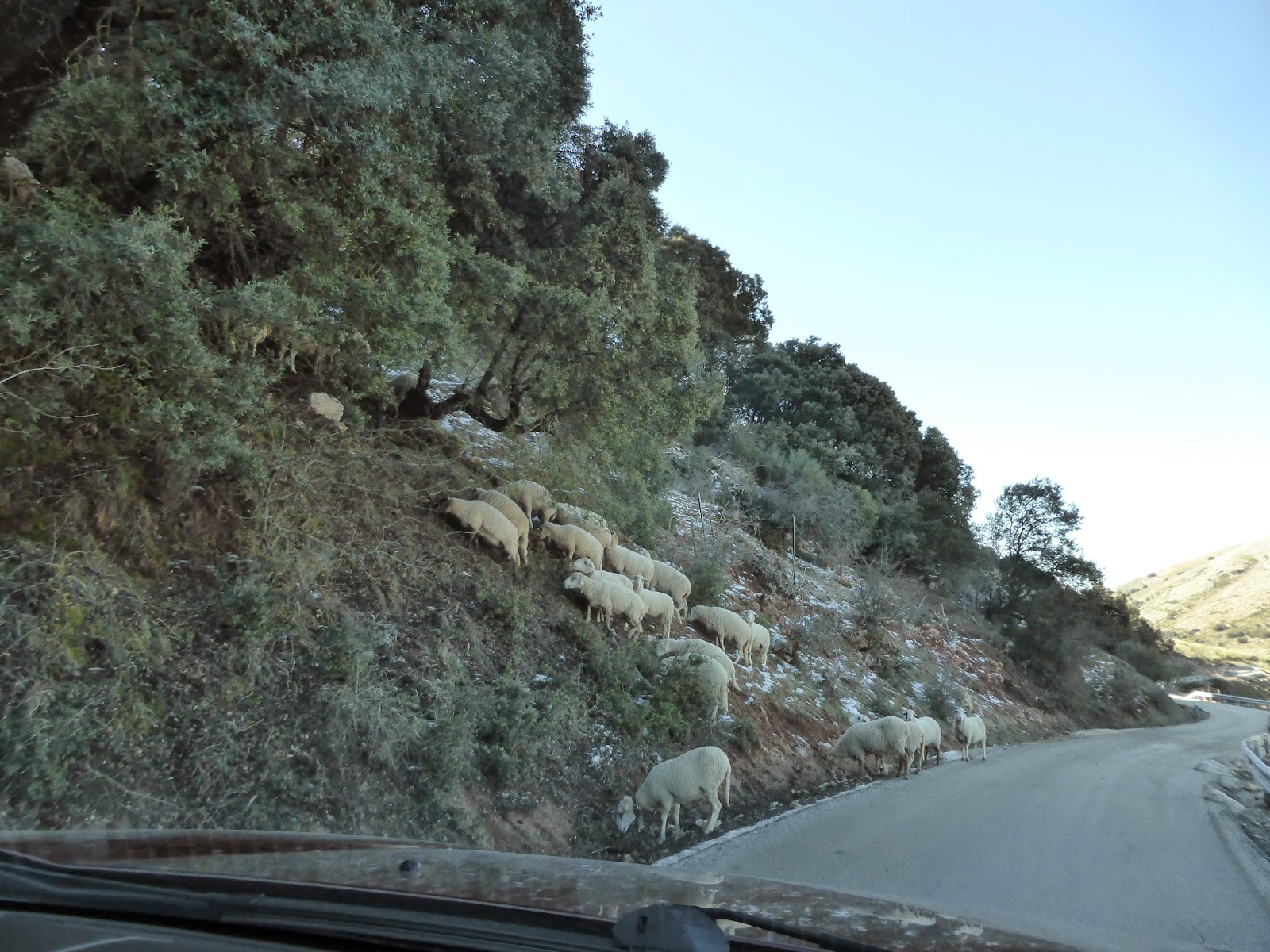 The sheep are wearing bells 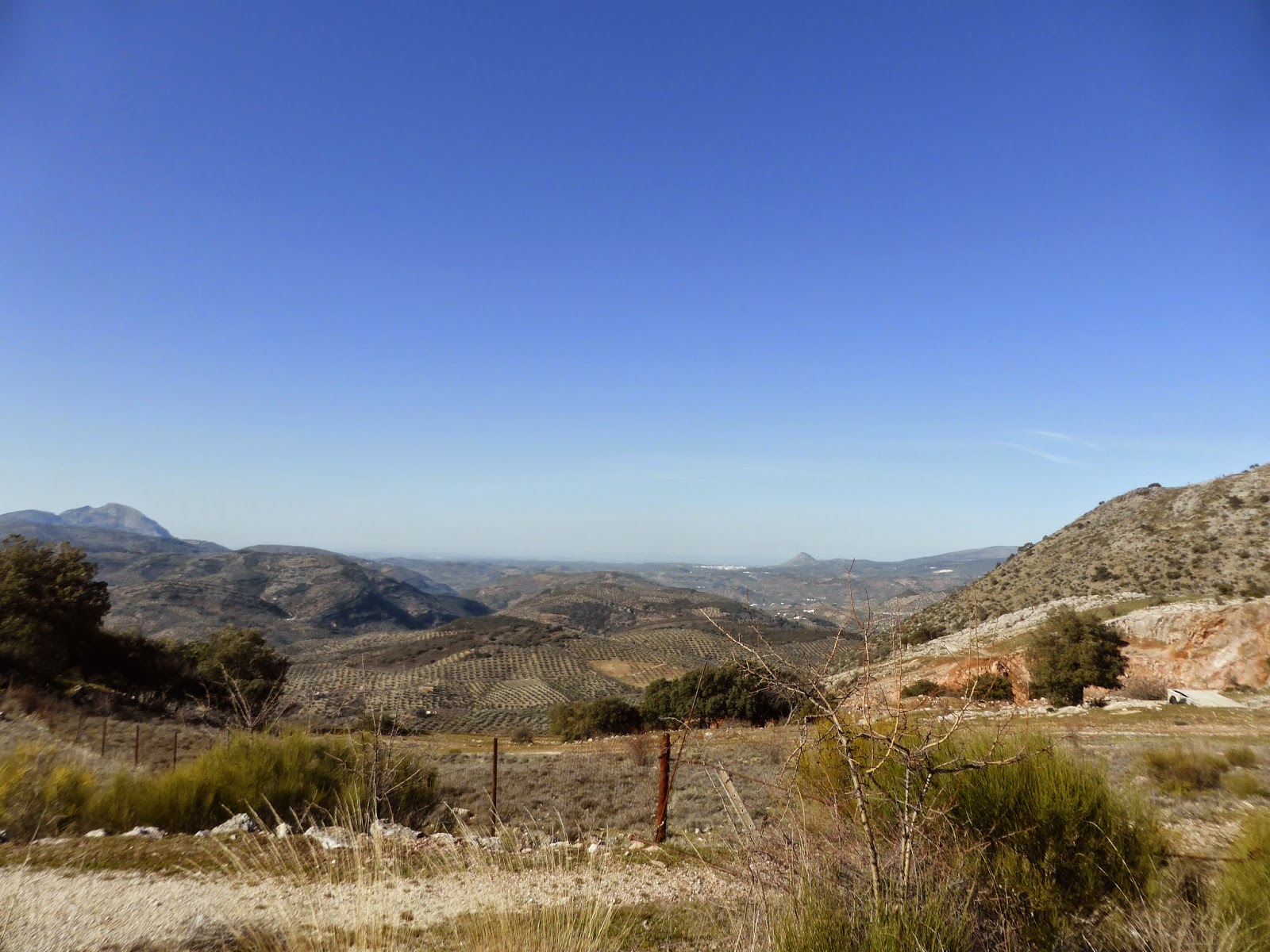 Another view before I join a bigger road and traffic...well two or three cars anyway
I drove through the town of Castillo de Locubin and then Alcala la Real and then back to Trujillos having decided that I wouldn't retrace my tracks on this occasion..
Posted by Nb Yarwood at 08:00