Jerez famous for Sherry, Horses and Flamenco is only a couple of hundred miles from where we are staying; So being a person who knows a thing or two about culture and history, I went off for a couple of days with friends Trevor and Avis to see some men drive extremely expensive cars very quickly.

The Circuito de Jerez is better known for MotoGP as F1 cars do not race there.  It was a bit of a gamble going there for the first F1 test as the weather was not looking too good and there is no knowing when and if the cars will be on track, but it was cheap to get in.  In fact it was so cheap the Jenson Button/McLaren baseball cap for herself cost more than the entrance ticket  Apparently a 2013 Alonso Ferrari cap was not good enough.. (Herself editing now: You bet it wasn't good enough, he tried to fob me off with Ferrari, I don't think so!)

I borrowed one of Madam's many cameras for the occasion and took some video footage (literally my feet several times) as I don't have a clue how to use the thing.

Anyhoo here is what I salvaged:- 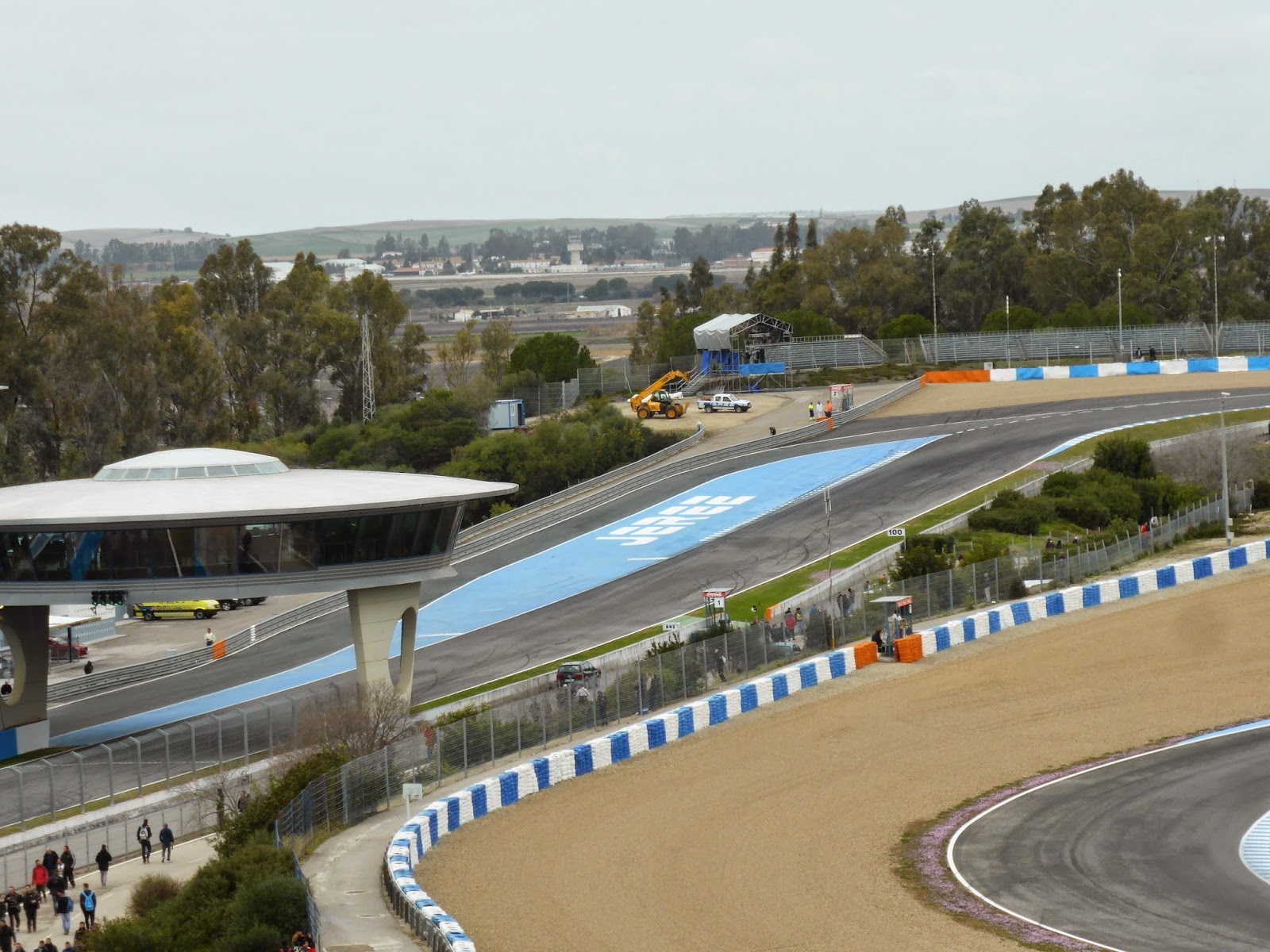 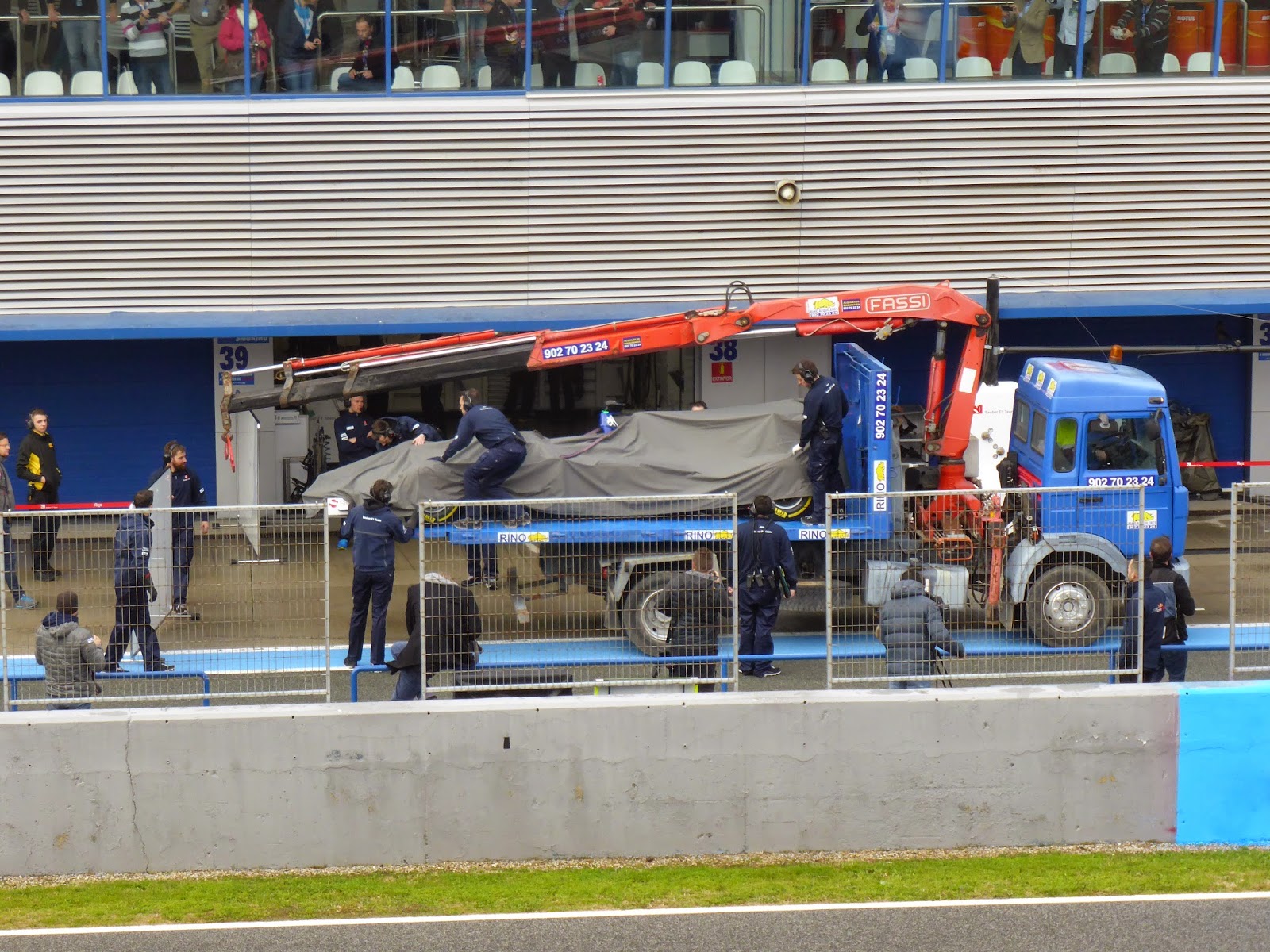 Unloading the bestest, latest Sauber fresh from the gravel, watched by... 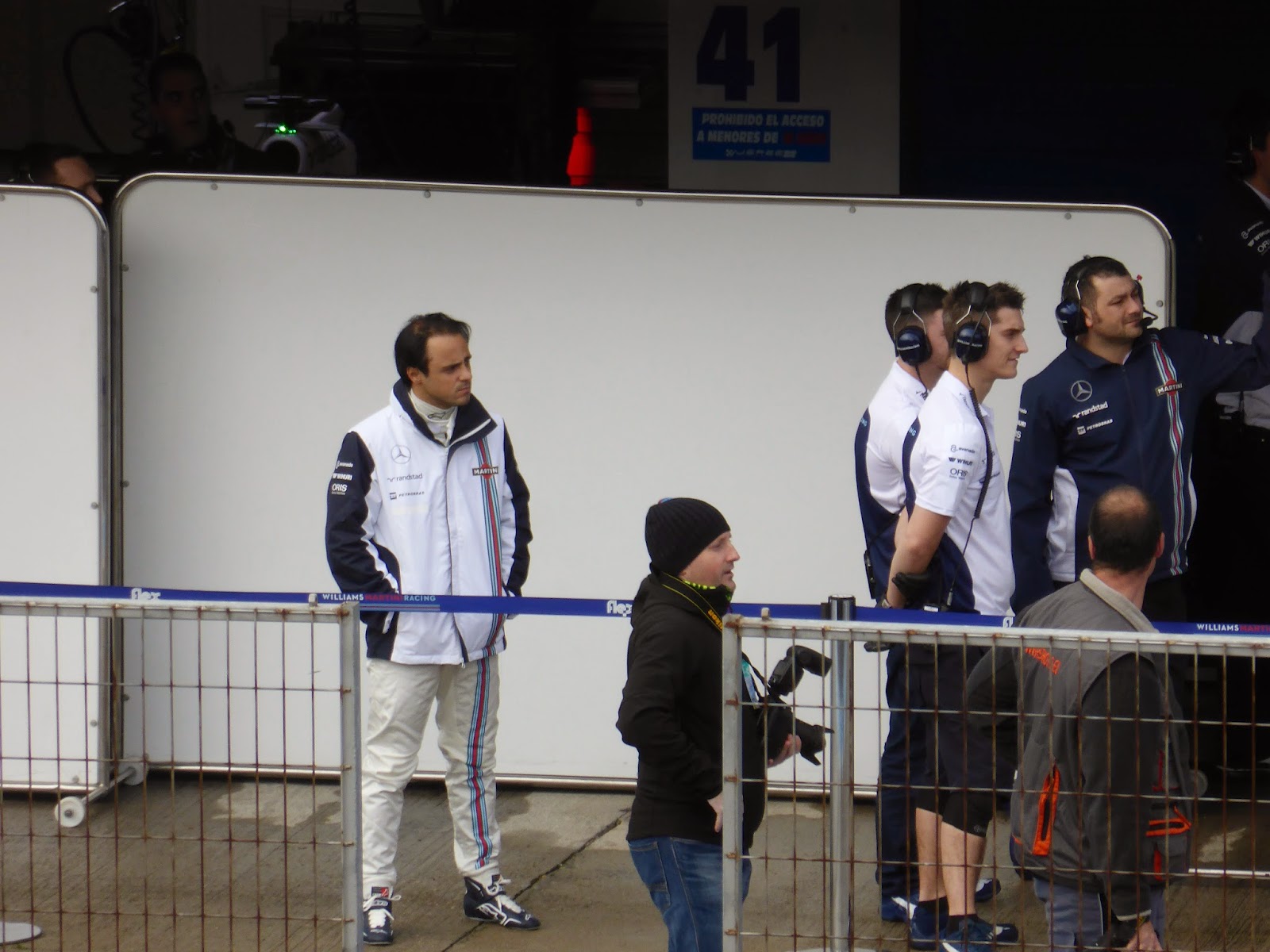 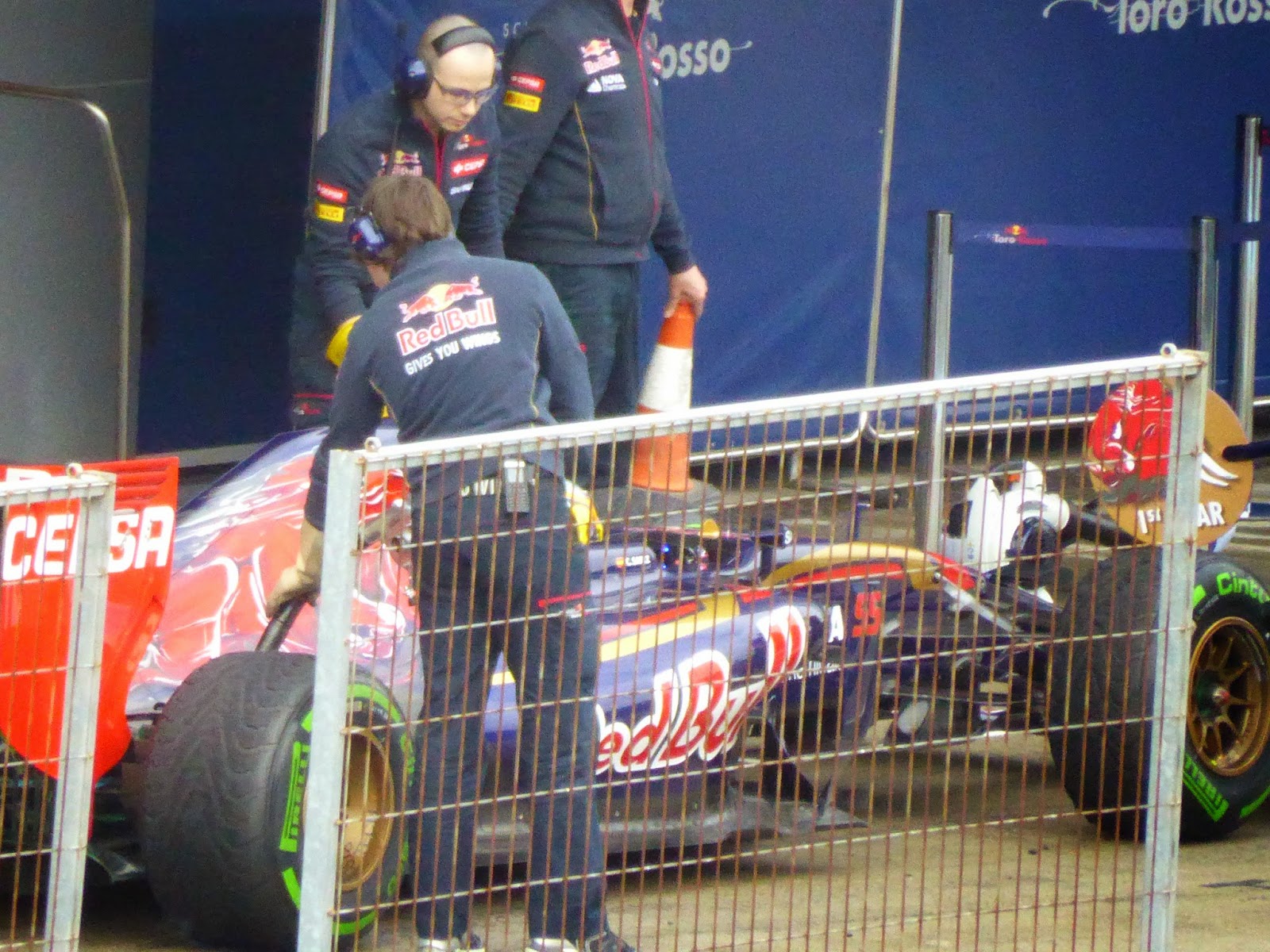 Torro Rosso being serviced in the pit lane
http://youtu.be/Xl-QHeD8t4k
Torro Rosso
Carlos Sainz Jnr.
http://youtu.be/tcAPAkrfkPg
Williams
Filipe Massa
http://youtu.be/vMlRKuOfmnU
Ferrari
Kimi Raikkonen
As an F1 fan it was really good to be able to see the real thing...if only testing ...and despite what is said on the box, the new cars are NOT that quiet! I saw a few bods with ear plugs.
Posted by Nb Yarwood at 19:24