Yesterday, a damp overcast February day here in Spain we took ourselves off rather sharply, on the road before nine when I am normally ensconced in a very comfortable bed at that time, to deliver our car to the local garage.  The handbrake had not been operating effectively and in a land of very, very steep hills it badly needed attention.
We met the mechanic Antonio who speaks no English.  Our dozen words of Spanish might be OK for ordering a coffee and saying hello but they were not going to cut it trying to explain the failings of our car's braking system so we were presented with Antonio's desktop computer and Google Translate; we were cooking with gas now!  Antonio, understanding what was required, told us to come back in two hours.  With no transport we were now obliged to fill the next two hours so we went walkabout in a very small village and drank several cups of café con leche (coffee with milk) at the local bar. 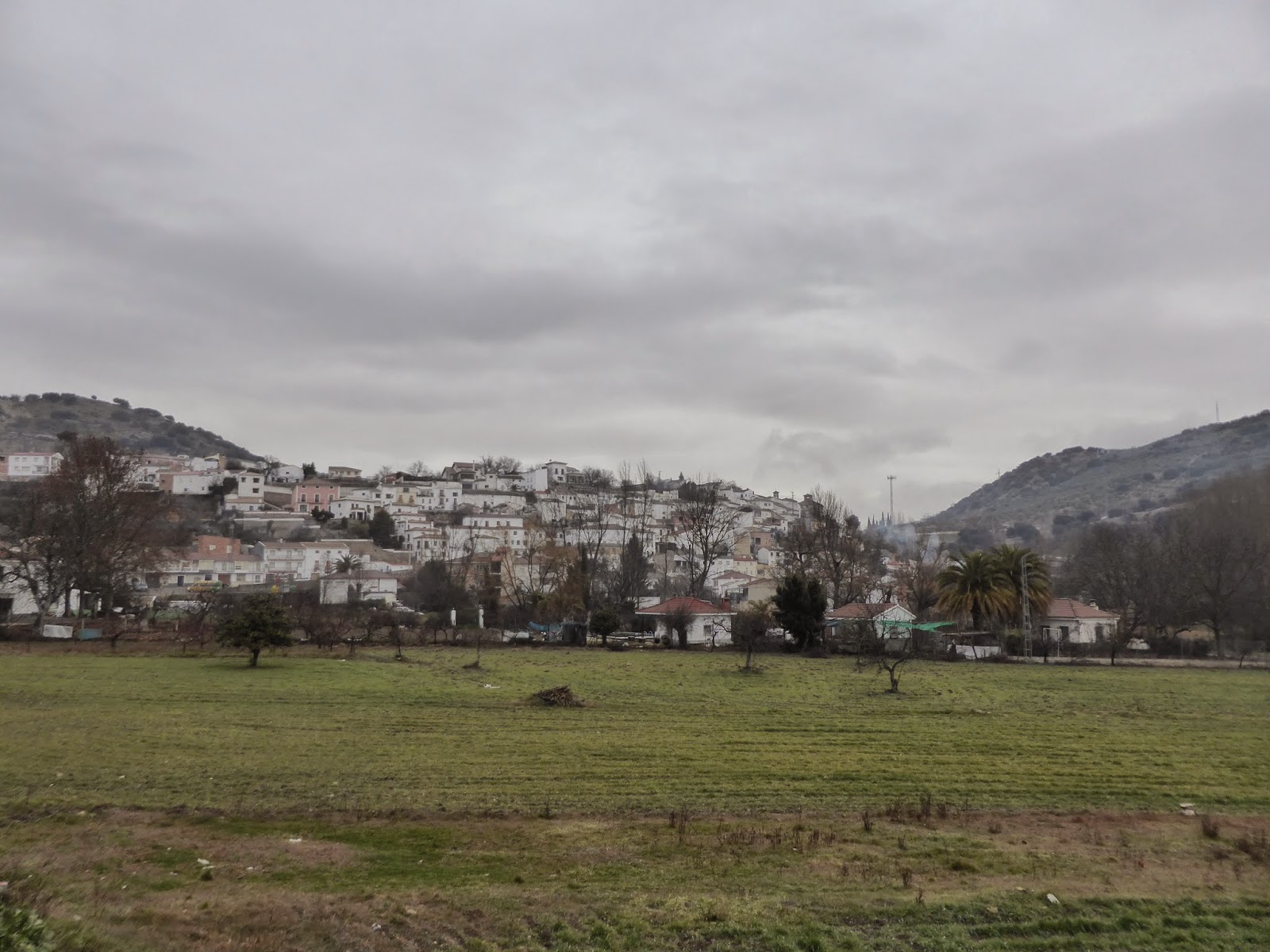 Our distination, the village of Frailes 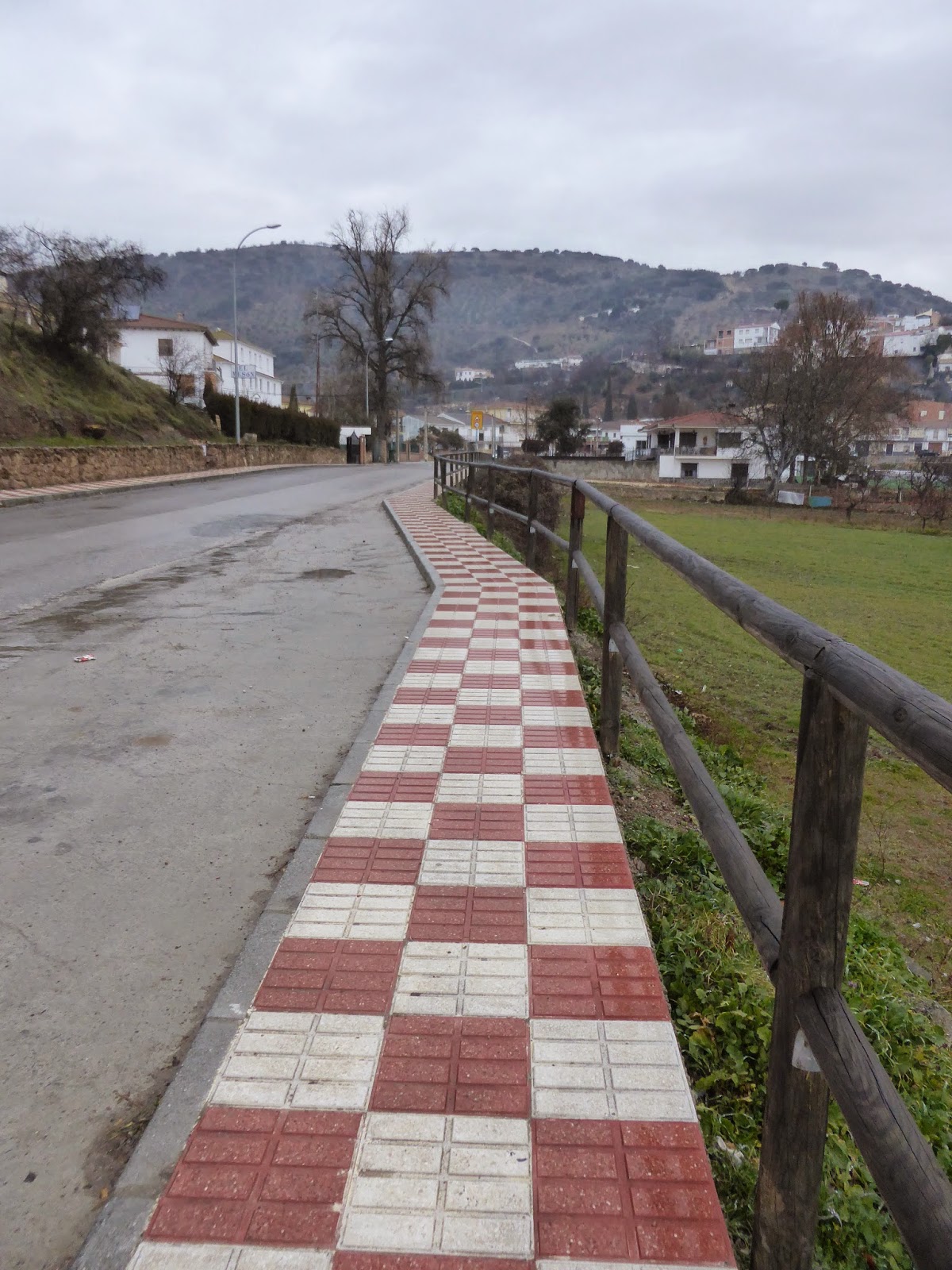 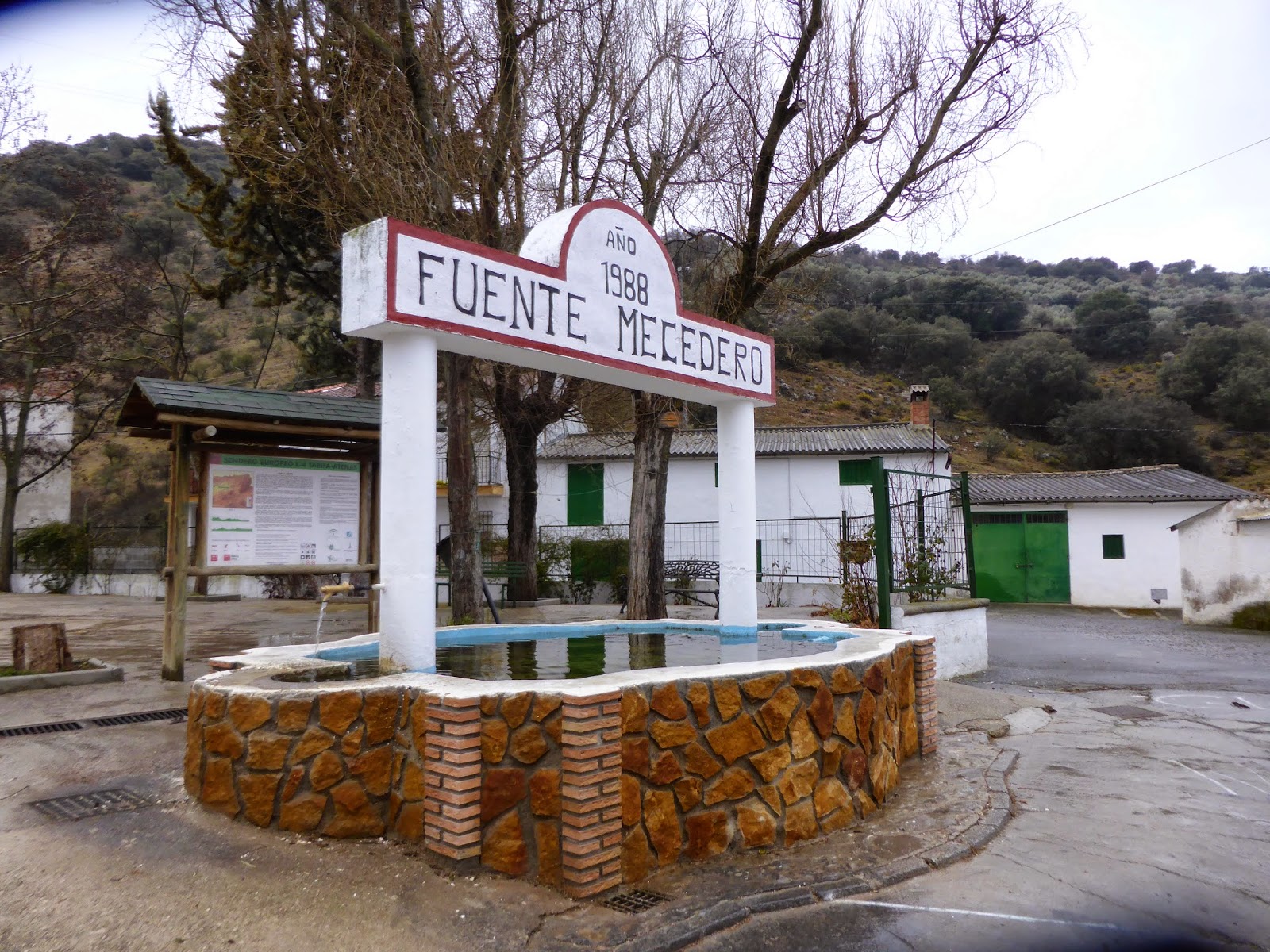 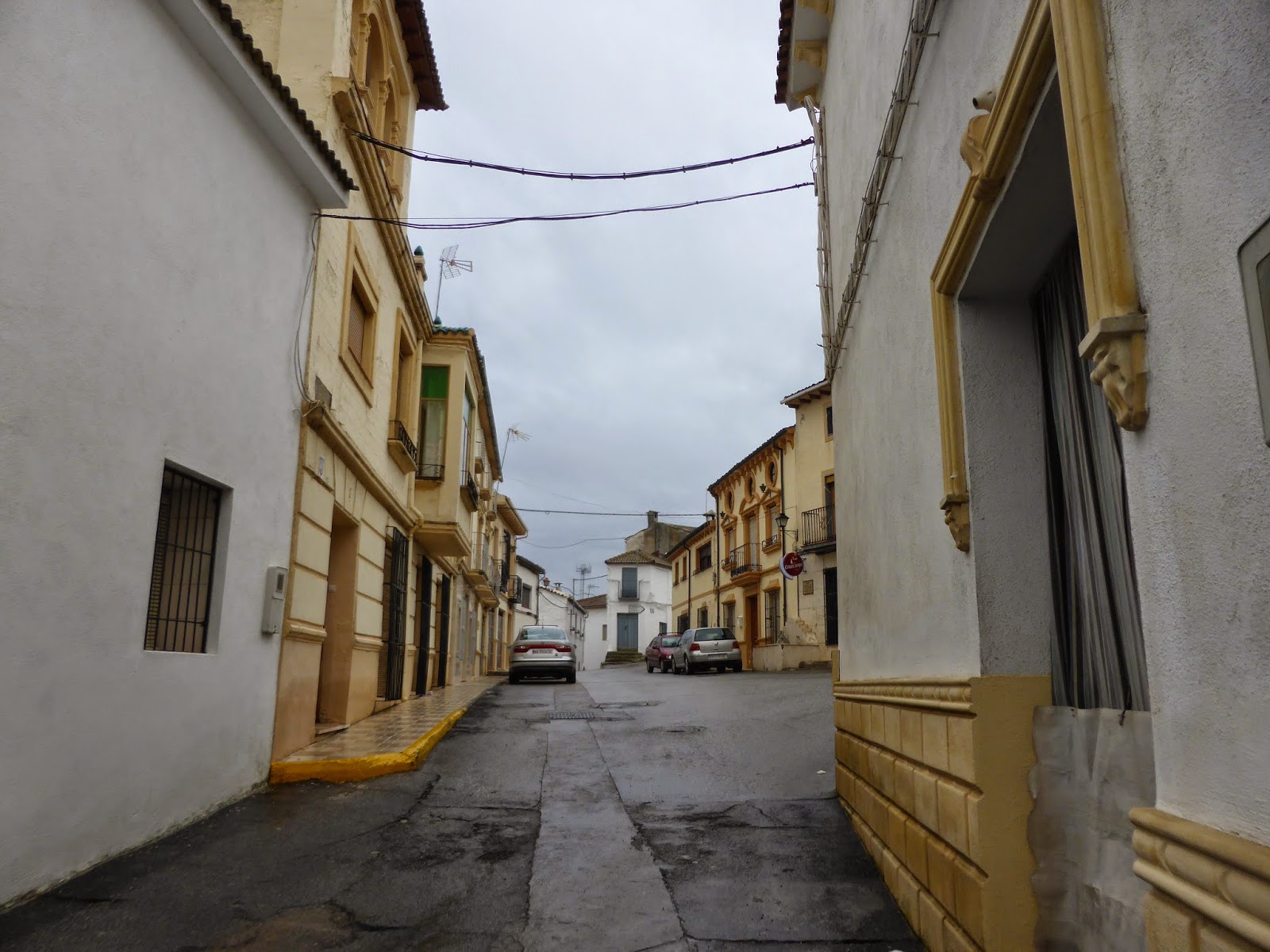 Typical street scene with all the houses opening directly on to the street, 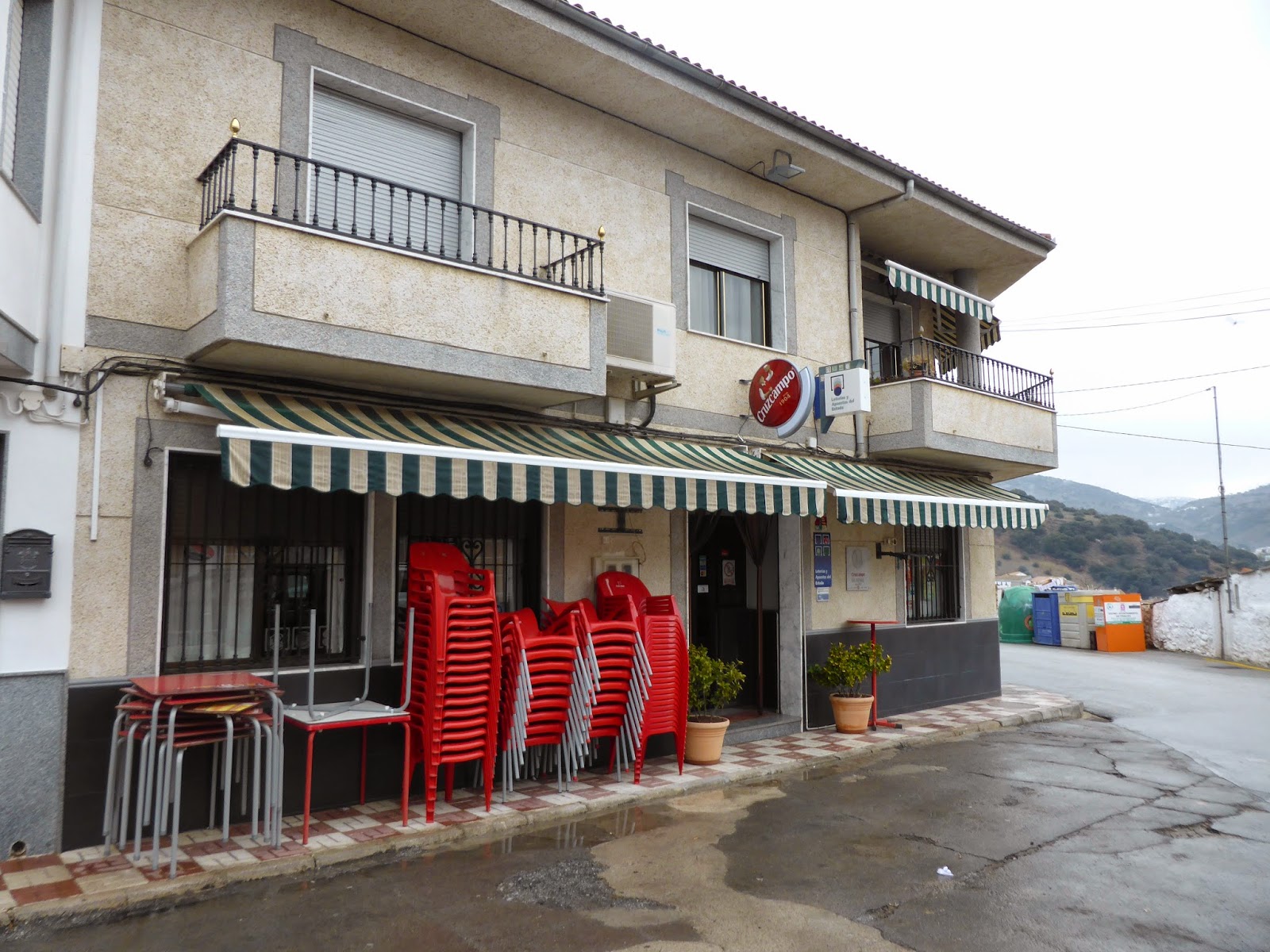 One of the Frailes bars/coffee shops/restaurants and our coffee stop after our village tour.
Posted by Nb Yarwood at 08:04