We were invited up to the Barnowl workshop this morning as Dave Moore had arrived to start the sign writing on Yarwood.   After the initial ear-bashing for having two portholes in the back cabin instead of the conventional one I was given a hug by Dave who asked a couple of questions and then immediately set about chalking in the layout for the signing.

We returned in the afternoon, armed with the camera, for our usual progress visit.   Richard had progressed the back cabin, the coal box and step were made and fitted and we now have a door on the starboard cupboard in the back cabin.   And Dave had been busy... 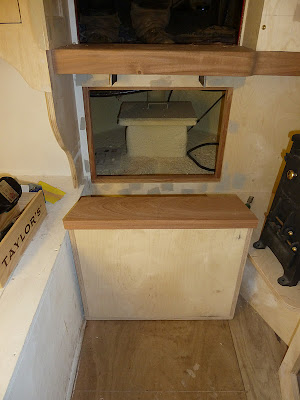 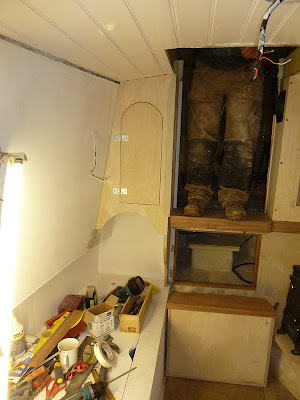 To the left, the newly fitted cupboard door and in the centre, the disembodied legs of Richard. 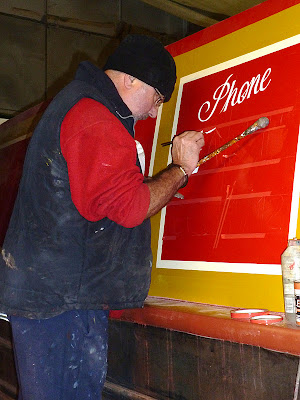 Dave Moore working on the Starboard side, with mahl stick and sable brush. 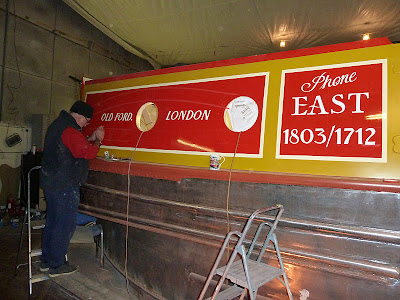 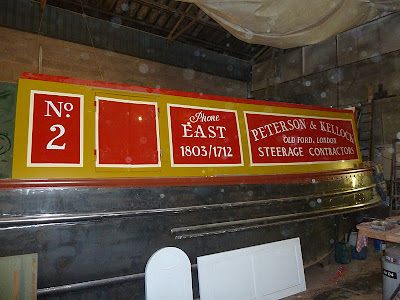 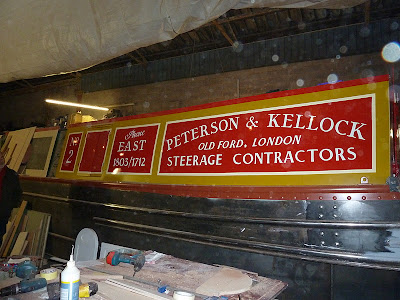 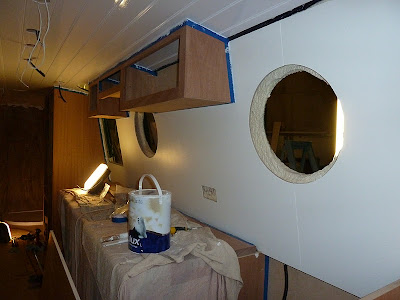 And inside, Chris has put two coats of silk emulsion on the cabin sides
Posted by Nb Yarwood at 17:56