GOT AN EARLY XMAS PREZZIE

BUILD DAY 109
Went up to do the daily photo session as decreed by Erin Doors.   Peter had put in oil, antifreeze etc. and bled the cooling system in preparation for partly filling the fuel tank and running up the engine. As I was not going to be about for a few days he took pity on me and we started up the engine on whatever was left over from the Beta bench test.
Yesssssss!
Simple things for simple minds etc.  The consensus was it was a bit quiet and perhaps the silencer might have to be replaced by a bit of pipe!
Onto more mundane matters.

The doors leading into/out of the khazi (carsey to some) have been fitted. 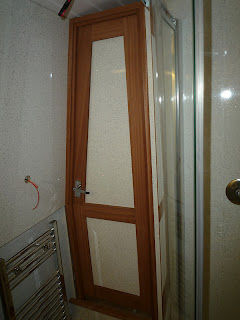 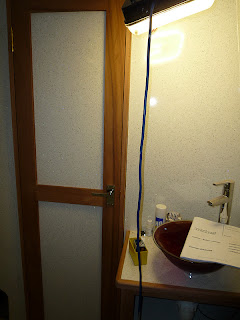 The porthole liners have arrived, including tiny ones for the bulls eyes. 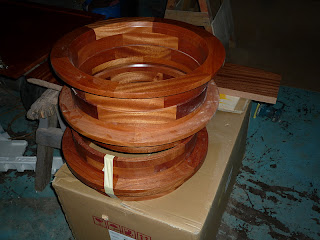 And last but certainly not least, Mr Moore has been doing what he does best, transforming a boring patch of paintwork into something far more interesting.    Dave had gone by the time I arrived so I cannot say how he intends to finish the Yarwood text. 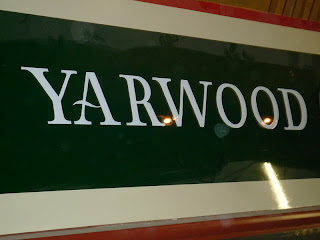 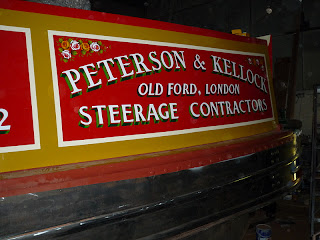 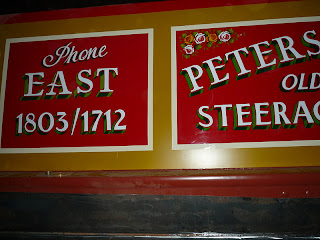