A visit to Coventry Transport Museum

Five minutes walk from the canal basin is Coventry's renown Transport Museum; we took ourselves off to see it this morning.  I was amazed that there was no charge to go in, a bit different with the Cathedral where later in the day they wanted to charge an £8 admission fee!
Anyway the Transport Museum was excellent and a credit to Coventry and the curatorial team.  We spent a couple of hours wandering about looking at well displayed exhibits and  avoiding a party of excited school children - how much noise can a class of eight year old's make?
There were a few down memory lane moments as well but altogether well worth a visit if you are in Coventry. 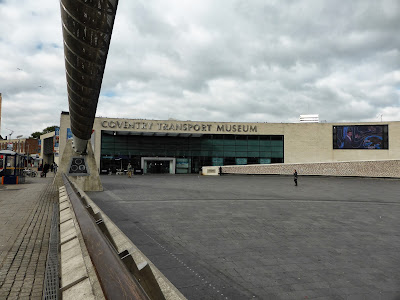 The façade of Coventry Transport Museum
The initial special display was about Coventry based transport industries war effort 1939-1945.  How motor manufacturers switched to aircraft and military vehicles.  There was some information at women's war work and the opposition there was to having women work in the factories including from the Trade Unions; now there's a surprise. 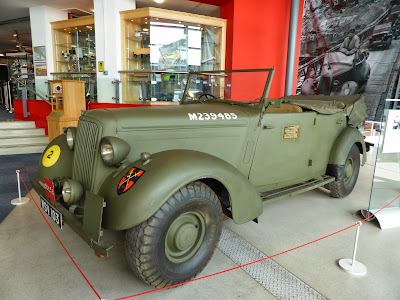 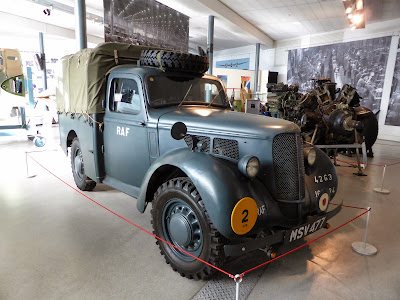 A Hillman utility vehicle this one in RAF livery 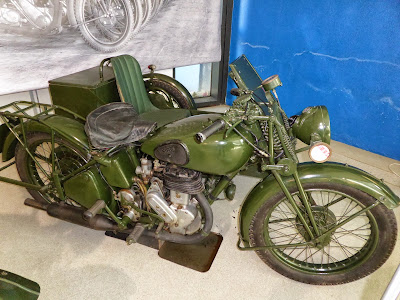 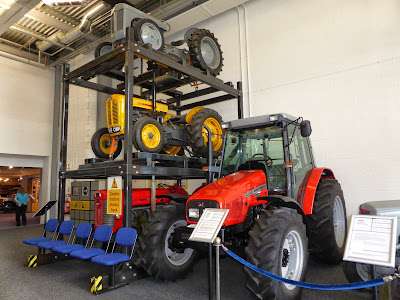 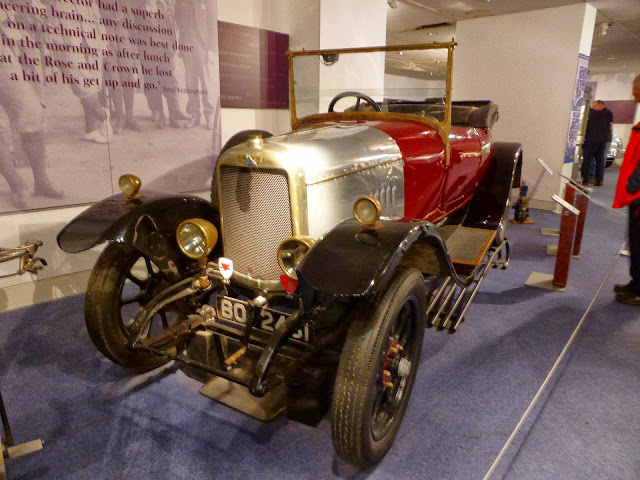 An Alvis.  I particularly wanted to see Alvis's, sadly now no longer manufactured, because growing up we had four of them as family cars.  Ours were somewhat younger than this 1920's example, not by much I might add but they were my Father's joy and delight.  The modern cars of the time, Ford Anglia, Vauxhall Victors etc. were referred to as 'tin boxes' and when Ford brought out the Cortina Dad was in seventh heaven because the Cortina became Corr- Tin-Aye! 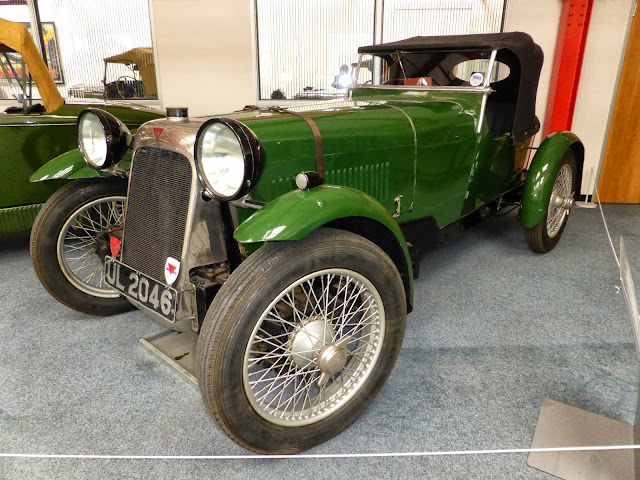 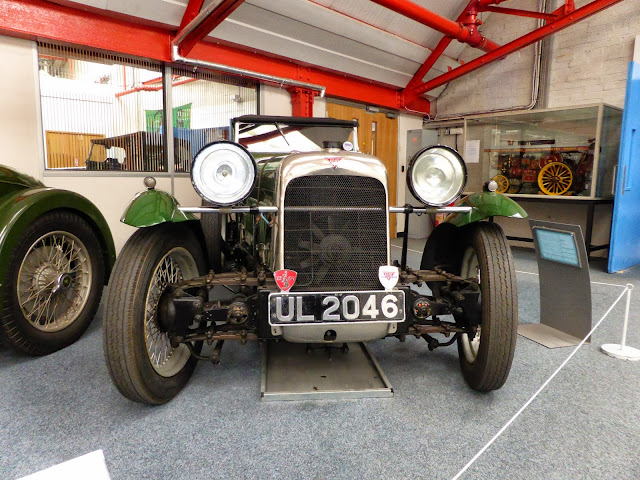 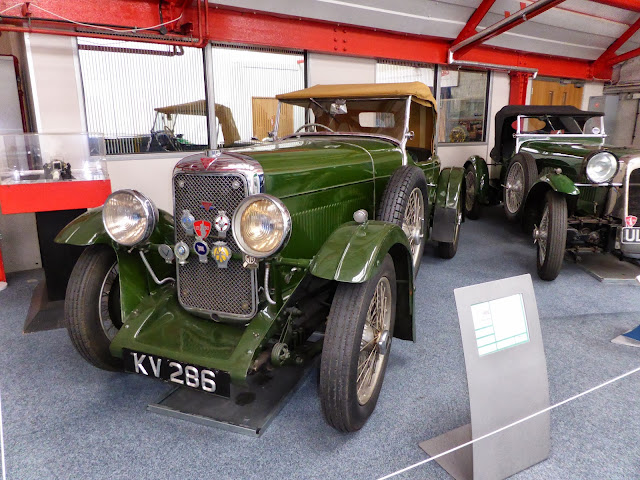 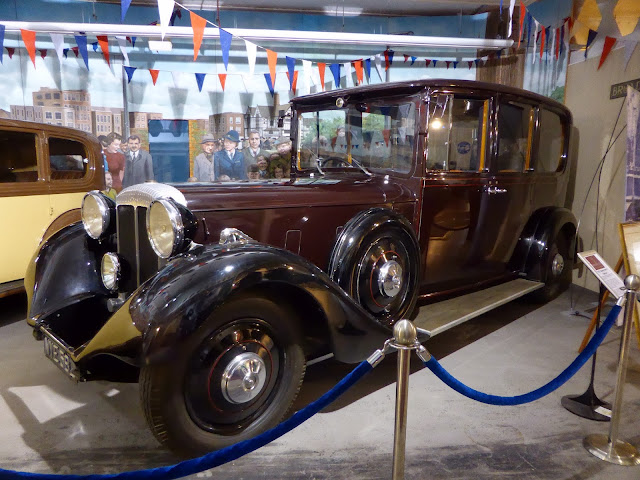 This fine example was a 1935 Daimler belonging to Queen Mary, consort of George IV and our Queen's grandmother. 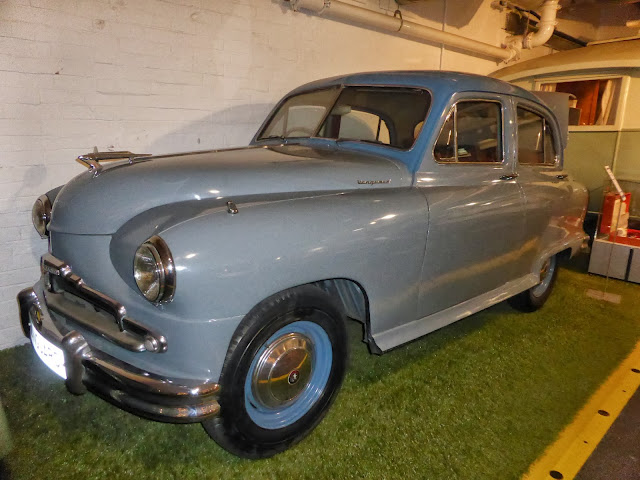 1954 Standard Vanguard II ..I remember a neighbour owning one of these 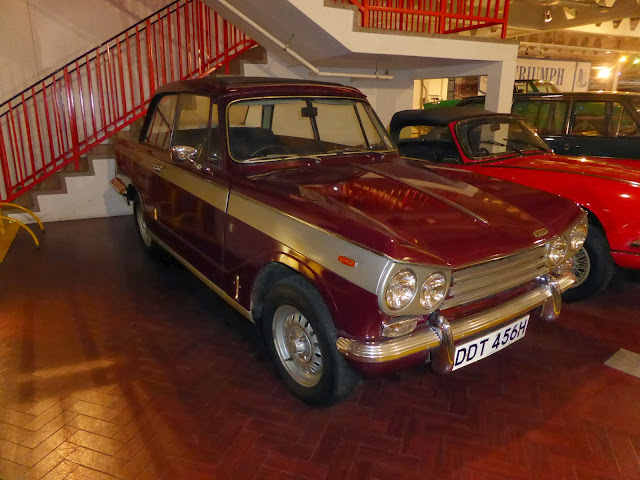 Triumph Herald Vitesse.. This was top of the range version but both my Mother and my Brother owned a Triumph Herald at one time and I drove both regularly. 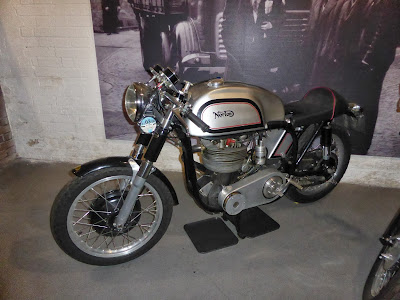 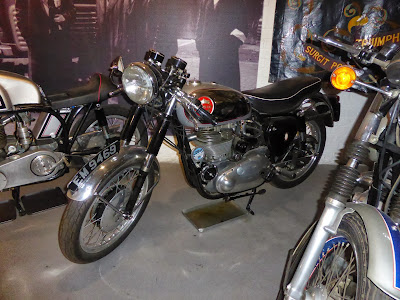 A BSA Goldstar
A highlight of our visit was ride in the land speed record holding car, Thrust.  Well alright not the actual car but a simulator and it was great.  Driving across the Nevada salt flats at 763mph!  The car is in the museum though and after a ride in the simulator you can wander around the beast itself. 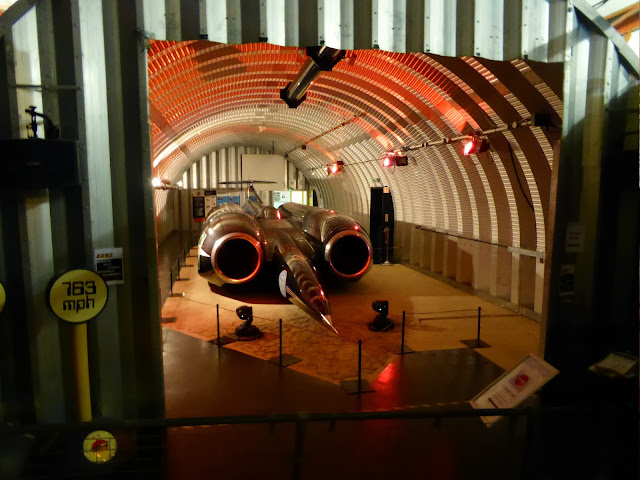 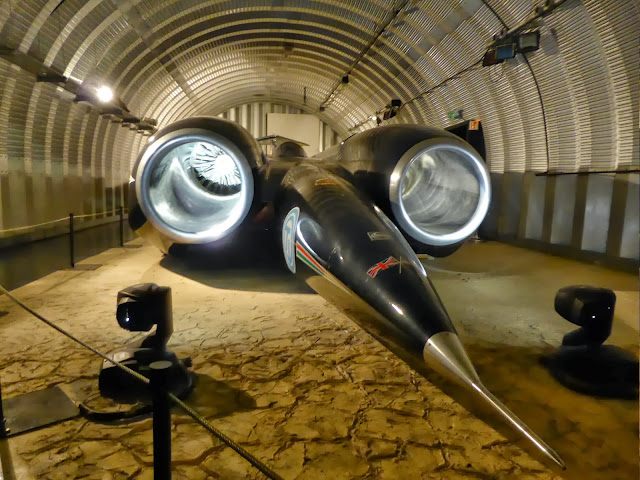 Thrust, holder of the land speed record at 763MPH 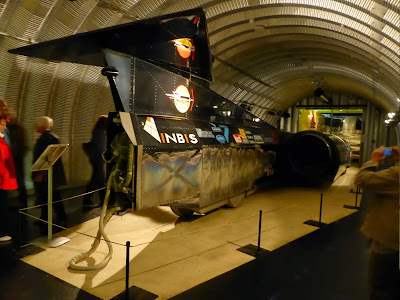 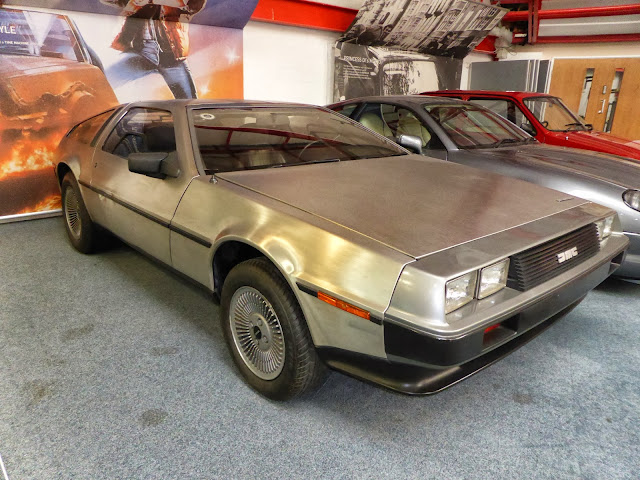 And finally, the De Lorean  a DMC12  Built in Northern Ireland using British tax payers money.  About 6000 cars were built but the company went into receivership and bankruptcy after only a few years and ceased trading in 1982. Made of stainless steel with gull wing doors this is the sports car was used in the Back to the Future films.
Posted by Nb Yarwood at 17:43