Did anybody watch the excellent program about McLaren last night? It was screened on BBC2 at 8pm and called 'How to build a super car' telling the story of the development and production of McLaren's production road car based on F1 technology.  An example of British engineering at its best.  OK, this a rich man/woman's toy but hell there are plenty of well loaded people in this world that are prepared to pay £170k for something like this.  What I was so impressed about was the dedication and pride of the whole work force in what they were building and the production facility was cleaner than an NHS operating theatre, probably better equipped as well..

And back to today...
Our decision to stay put because of the weather forecast seemed misplaced by half ten when I ventured out with the dogs...things were clearing and there was a bit of sunshine to be seen.  By the time I turned to go back to the boat it was teeming with rain again so our decision stood. 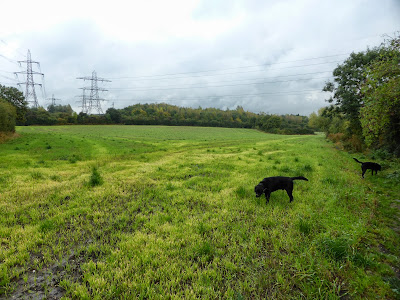 Immediately across from our mooring is a field that is bounded by the elevated and noisy M6 motorway.  Crossing this field, via Public Footpaths not trespassing, I headed up and over spoil heaps left by coal mining and down on to the Oxford canal. 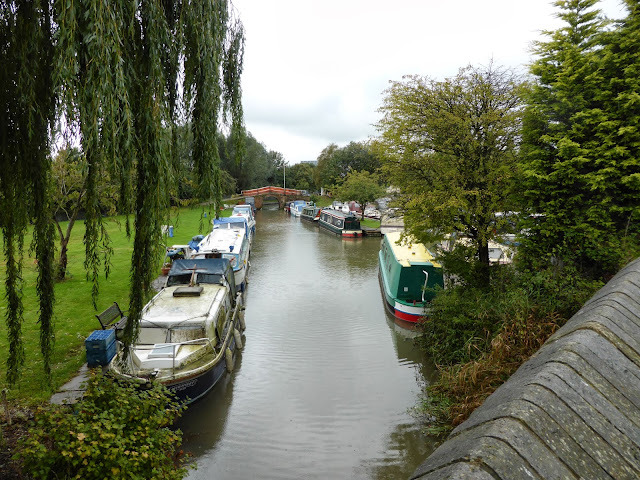 Wyken Colliery Arm
As I headed back towards Sutton Stop I passed the Wyken Colliery Arm the remains of which are used by Coventry Cruising Club.  The Wyken Arm was dug to provide direct access to the canal for three coal pits operating in the area.  Like the Black Country, there were pits dotted all about back in the day..
As I tramped back in the rain a spied a boat coming towards me. Like me, Brian had thought the weather had broken and decided to move but no sooner had he got under way than the old wet stuff started again. 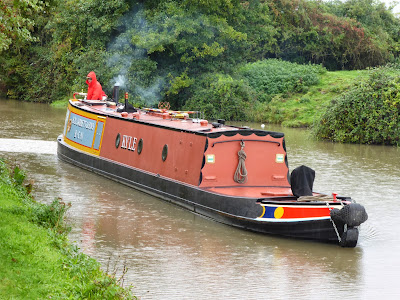 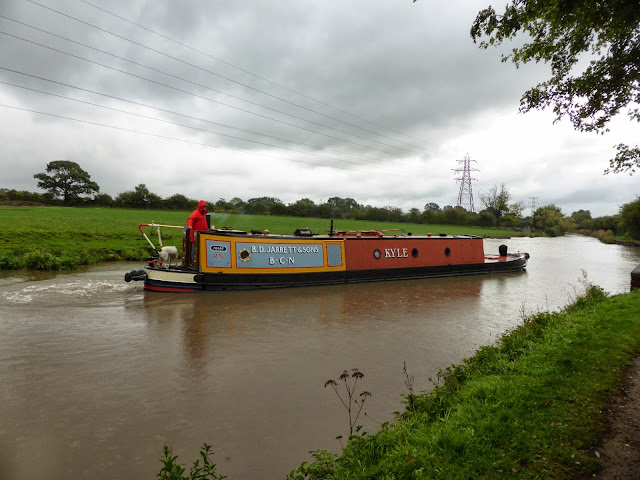 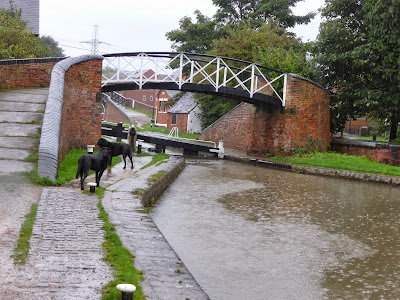 The dogs and I continued back to the boat, passing the stop lock it was hammering down. Not many about in this stuff 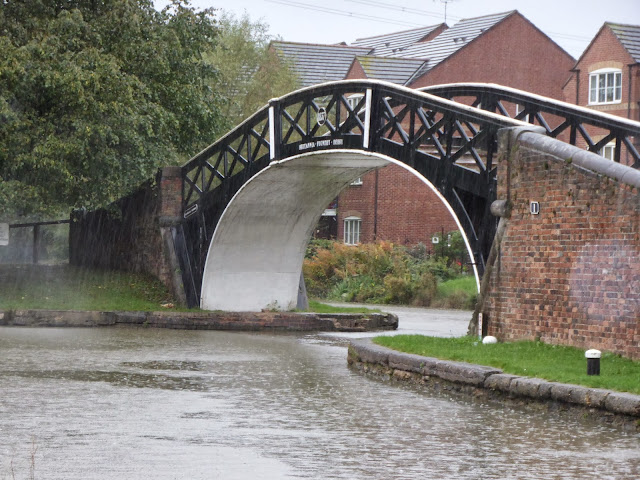