And then there were three..

How many Cities can boast that they have had three cathedrals?  Not many I guess but Coventry can do just that.   In the  14th century St. Michael's was built and replaced the Benedictine Abbey  of St Mary's built in 1043.  St Michael's, an enormous 'parish church' was promoted to a Cathedral in 1918 but destroyed by the Luftwaffe of  Nazi Germany in November 1940. The air raid by the Luftwaffe also destroyed much of Coventry though not all, the City 'fathers/planners' had been making a real effort themselves through the 1920's and 1930's when swathes of historic Coventry were cleared under the guise of modernisation.  Post war the City was rebuilt and a new Cathedral designed by Sir Basil Spence was completed and consecrated in 1962. 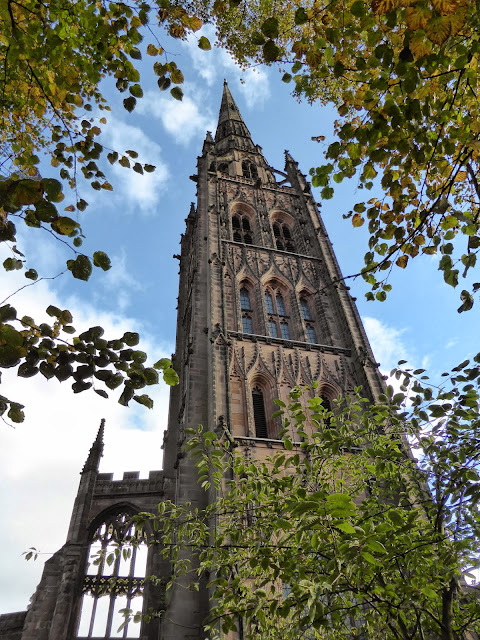 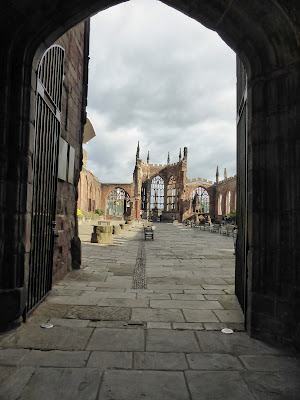 The ruins of St. Michael's 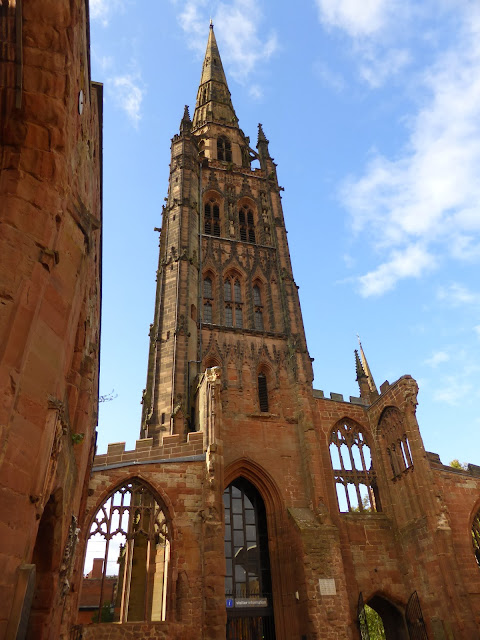 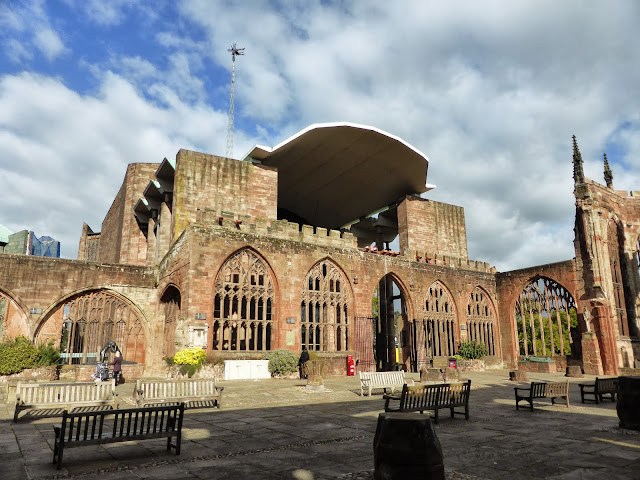 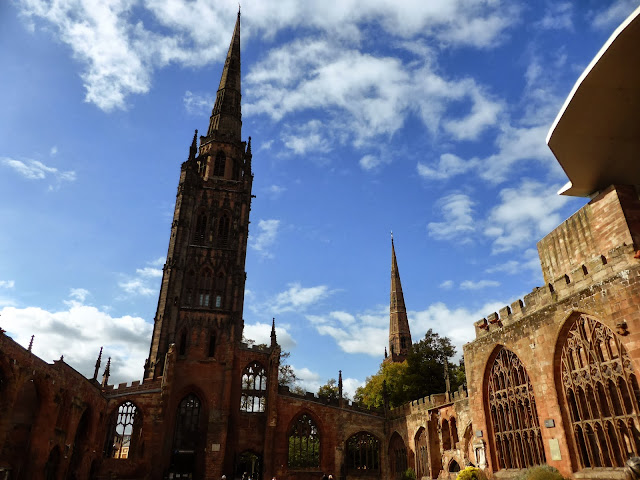 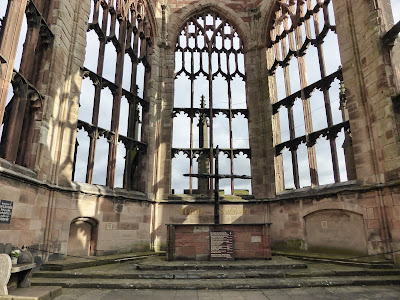 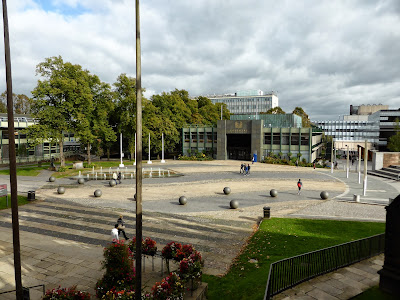 Coventry University from the Cathedral ruins 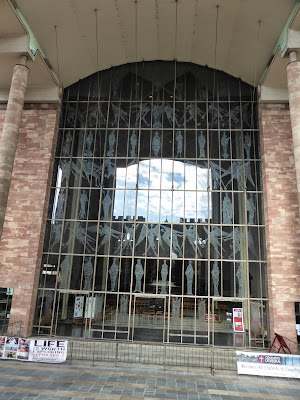 The stunning modernistic façade of the new Coventry cathedral
I would have gone in for a look around but the £8 admission charge was more than I was prepared to pay for the privilege.  I was not the only one to feel that £8 was in the realms of 'rip-off'. 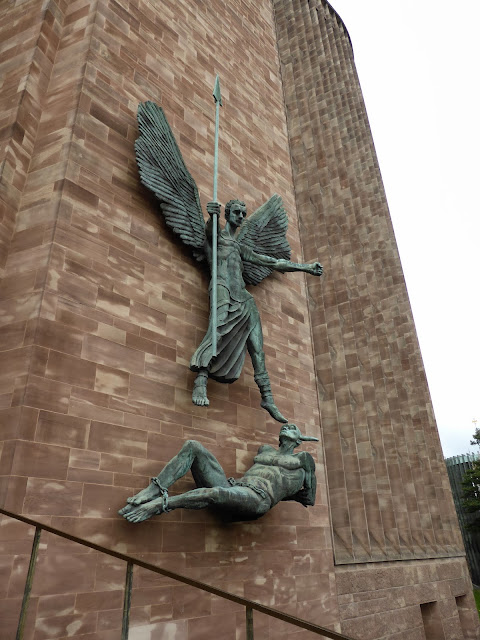 'He will bruise you in the head...'
Epstein Sculpture of St. Michael and the Devil
Posted by Nb Yarwood at 18:16