End of the line

It's Monday, it's fast day and therefore it's keep-busy-get-moving-day.   We were away at 7.40am with the expectation that by 10am it would be raining and we would at Snarestone, the current end of Ashby navigation, serviced and moored up ahead of any rain.   The weather turned out quite different to that forecast, not a sniff of precipitation in fact, wall to wall sunshine. 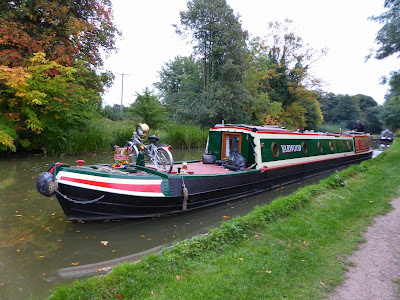 Leaving our lovely mooring at Shackerstone where we have enjoyed the peace and quiet, no cyclists, no joggers, no traffic noise..just magic 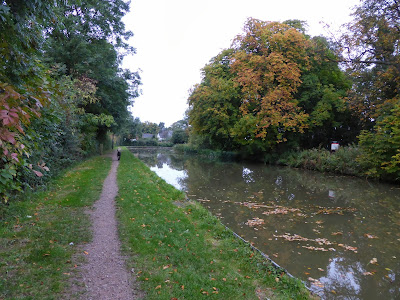 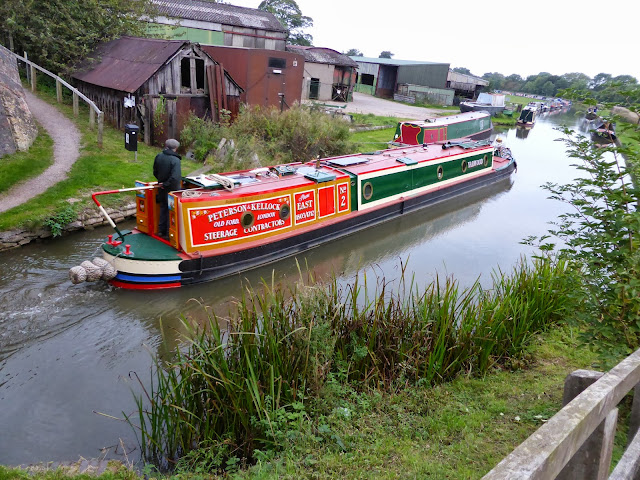 Under bridge 52 and passing Shackerstone Wharf 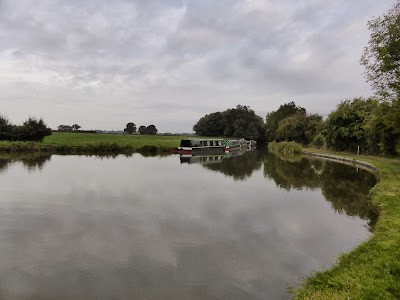 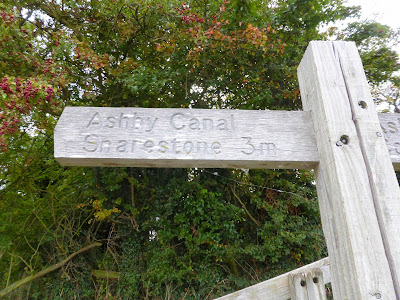 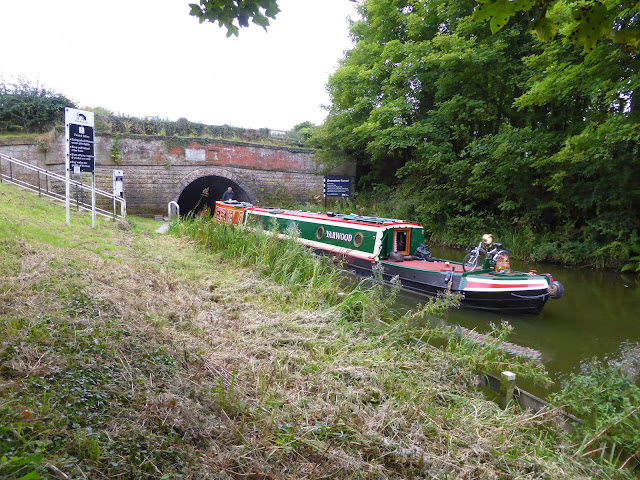 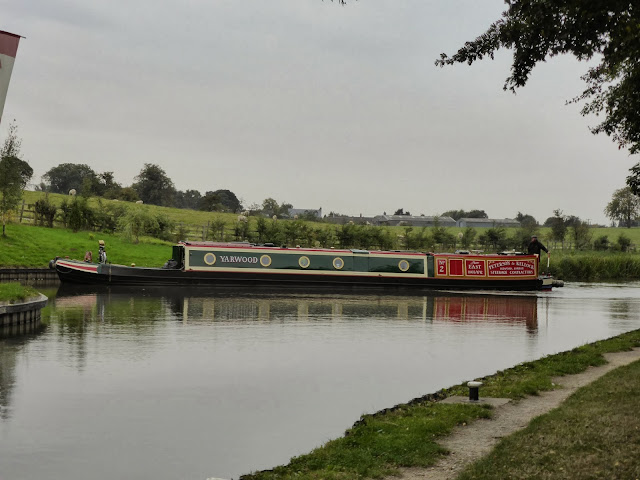 Joe winds Yarwood and then backs on to the service point 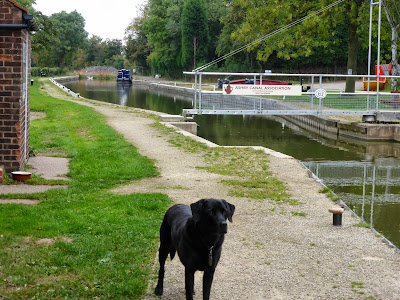 We are going to reverse Yarwood through the swing bridge you can see in the background and moor up on the Ashby Canal Association moorings.  You may moor here for two days without charge, seven days if you are a member. 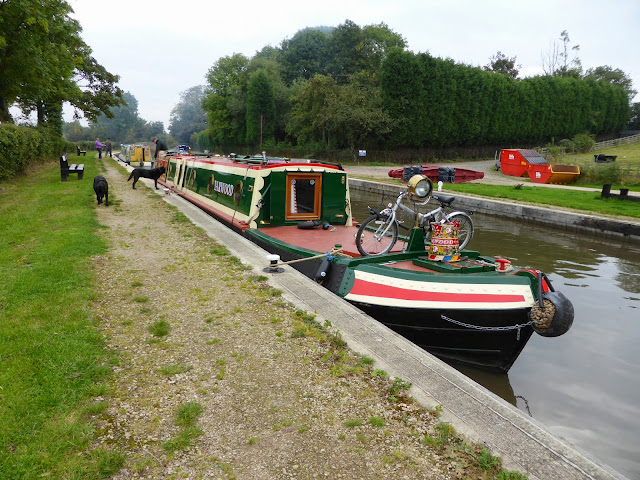 Yarwood serviced and moored up at the end of the line
As soon as we had finished some laundry and had a yet another cup of tea we set off towards Measham, walking with the dogs the line of the filled in canal where possible and the Ivanhoe Way at times. We had to avoid a large field that the footpath crossed because it was occupied by a herd of cows and their offspring, not a good mix with dogs. We diverted through a tank and off-road activity site, that skirts an open cast coal mine. We found Measham, we found a Tesco's but could we find a bus to bring us back to Snarestone, no Sirree,  no buses and no taxi rank either.   So we tramped back with our very limited shop.  I will try to arrange a Tesco delivery to the boat in the next few days. 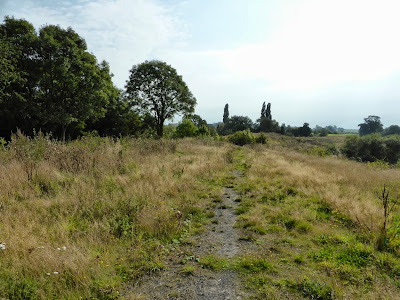 The path along the filled in canal bed. Filled in with mining waste apparently.  The mining company are stumping up the money for the infill to be removed by the Ashby Canal Association it seems. 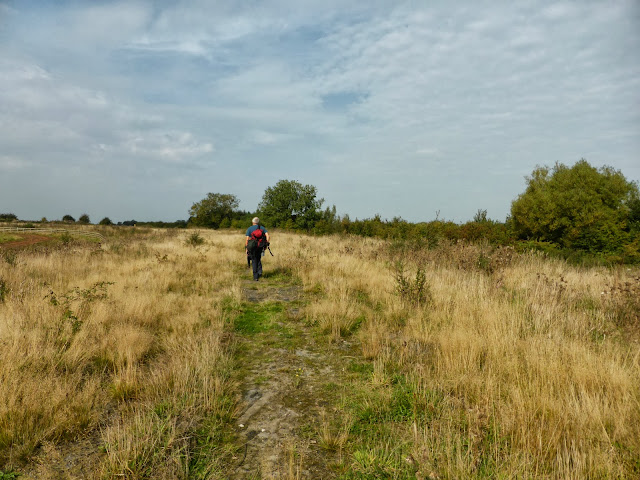 On his way to Measham along the canal, well the canal is 10 feet below his boots anyway. 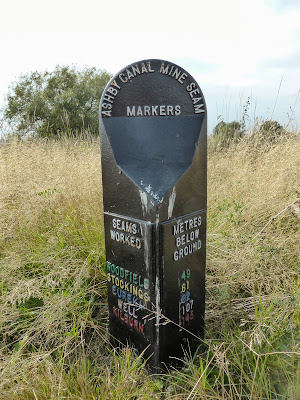 A commemorative marker of the coal fields along the canal route.  The names of the seams are given along with their depth.
Posted by Nb Yarwood at 10:02