Yesterday after walking the dogs we decided to walk back along the towpath towards Snarestone and have lunch in The Globe Inn.  I thought I might ask the landlord/landlady if they would permit me to use their address/car park for a Tesco delivery.  They readily agreed and gave me their postcode. Back at the boat later in the day I set about ordering provisions as if I was taking a Battalion on campaign. After an hour of  data input I tried to arrange the delivery only to find that the postcode was not recognised... When we tracked down the correct postcode I found that the address was blocked by Tesco and I needed to call them on an 0845 number.
I called.
I called thinking that perhaps I would be given a code or something that would allow the delivery.  I got,  'We can't deliver, we don't know the car park, it might not be secure, sorry.'

I said, 'OK, I am not going to argue the toss but I have in fact had a number of deliveries at pub addresses so I didn't understand the problem here.' and ended the call.

Has anyone else had this kind of issue before?

So changing our plans we needed to move today in order to get  provisions.  We set off this morning, saying our farewells to Brian and Ghost on NB Kyle, and headed initially for Market Bosworth.  It was a seven mile cruise - a walk for the dogs and I - and we moored up thinking to stop for a tea break but decided to call it a day and walk up into the town for lunch and a visit to the little Co-op store instead. 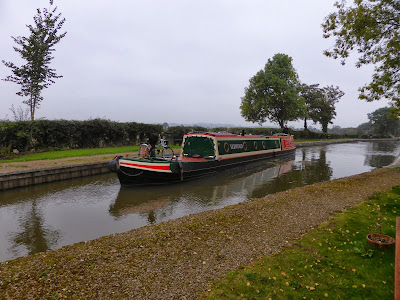 Leaving the end of the Ashby 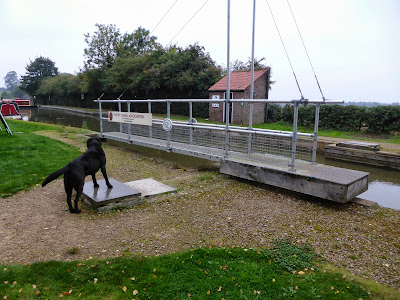 Swing bridge open and waiting for Joe to take Yarwood through 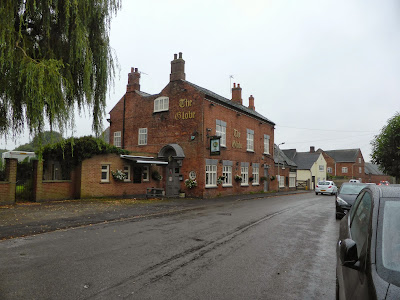 The Globe Inn, dog friendly and reasonably priced fresh food
The dogs and I walked up and over the Snarestone tunnel and past The Globe Inn, cutting through their car park to access the towpath on the other side of the tunnel. 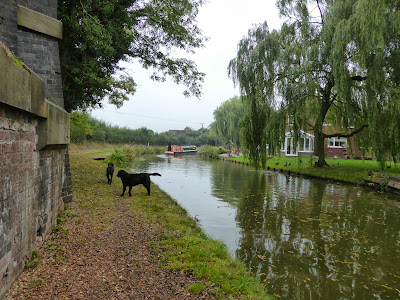 The dogs and I playing catch-up as Yarwood disappears around a bend
We set off in full wet weather gear but the rain didn't come to much and the temperatures stayed up so by the time I got to our destination I was gently cooked. 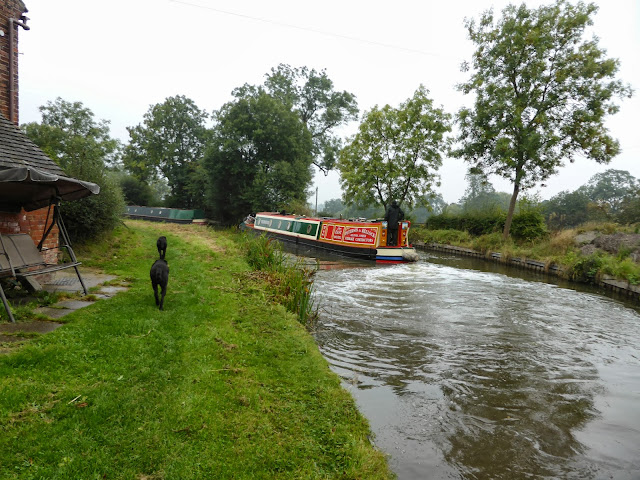 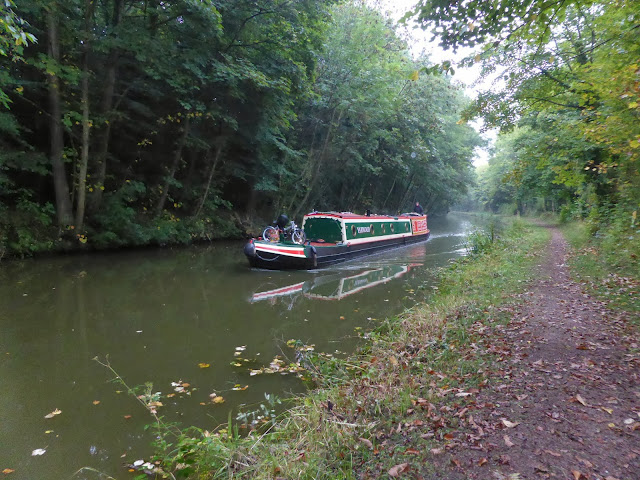 The Ashby Canal has pleasantly wooded stretches to enjoy 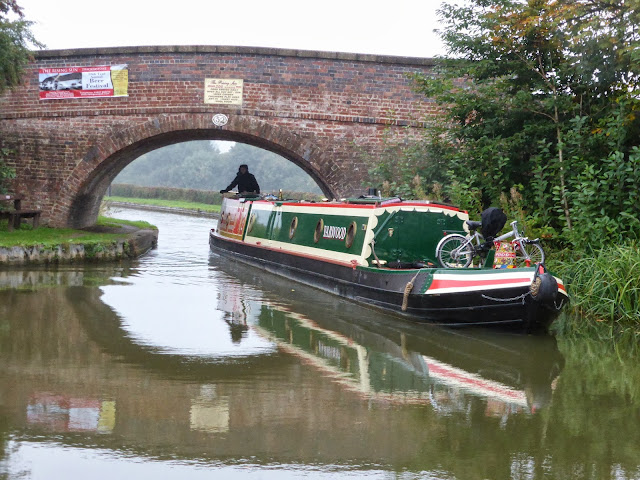 Back through Shackerstone Bridge, over three miles behind us 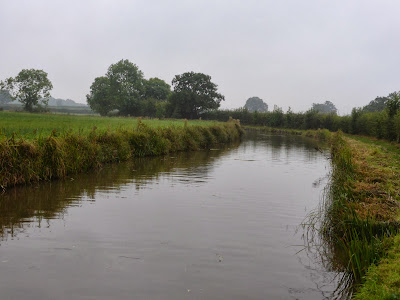 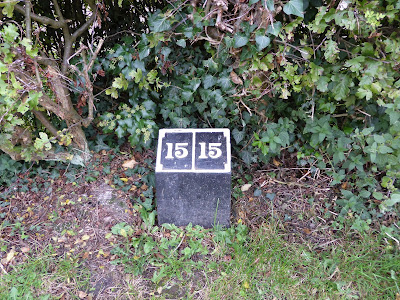 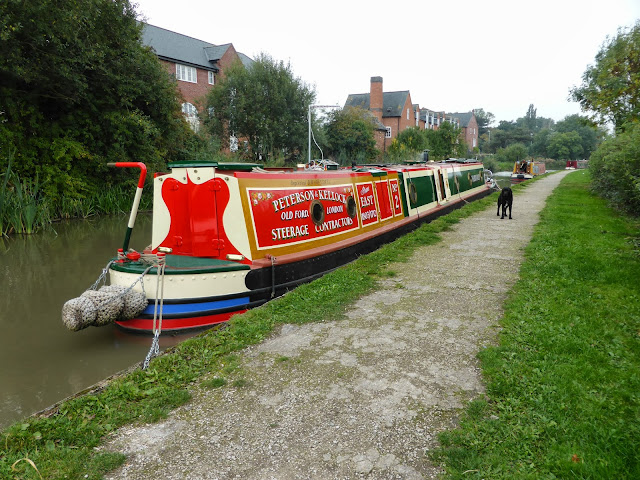 Yarwood moored on the Market Bosworth visitor moorings
After mooring up and having a cup of tea we set out to walk into Town and as we did so we heard the sound of a Russell Newbury engine approaching..
Nb Kyle no less.

Are you mooring or going through? we called
Going on, was the reply from Brian
OK, we are going to the pub for lunch

I have never seen a speedwheel turned that quickly..Nb.Kyle was on air brakes as Brian brought his boat to a rapid stop!

We all walked up into the town and enjoyed a pleasant lunch at The Old Red Lion, dogs welcome yet again.  On the way back we got some groceries from the Co-op and walked back the 3/4 mile to our respective boats calling it a day. 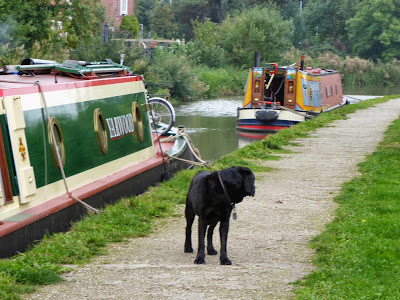 Nb Kyle moored just ahead of Yarwood and Floyd watching for his mate Ghost
Posted by Nb Yarwood at 18:06