With a three hour window yesterday morning, 8am - 11am with no rain forecast, we left our mooring at Newbold and headed off towards Braunston.   Moored in front of Yarwood overnight was the boat that Tom on Nb. Waiouru commented on the previous day in his blog, the boat,Victoria Plum what looks to be a converted 'modern' work boat with a push style butty called 'Victoria Plums Garage'. 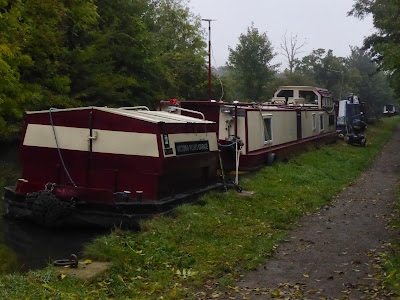 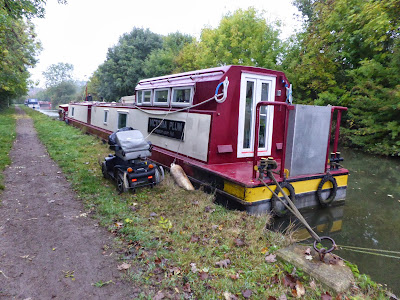 Just around the bend and only a matter of yards from Nb Victoria Plum was another unconventional boat and butty. 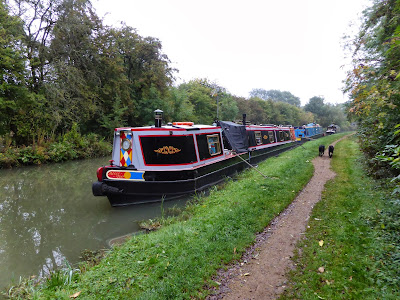 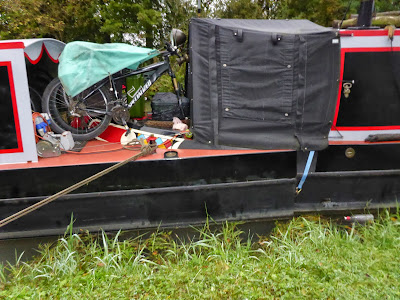 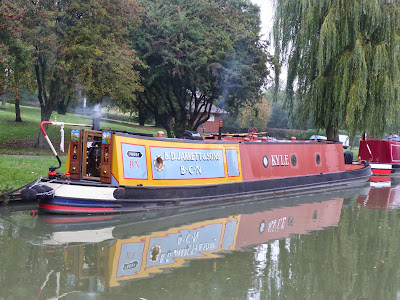 At Brownsover we pass Nb Kyle pulling over for a brief chat with Brian before moving off again. 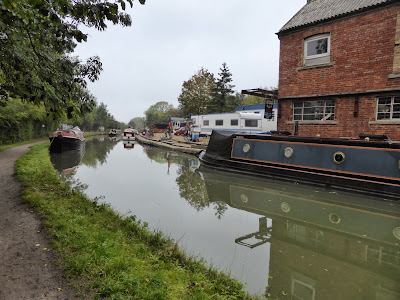 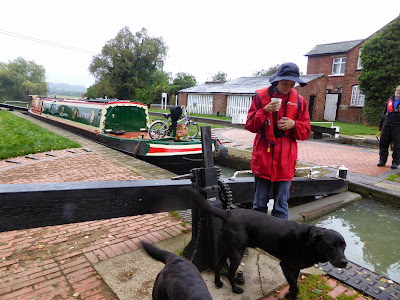 At the first Hillmorton lock there was a couple of volunteer lock keepers on 'duty'. 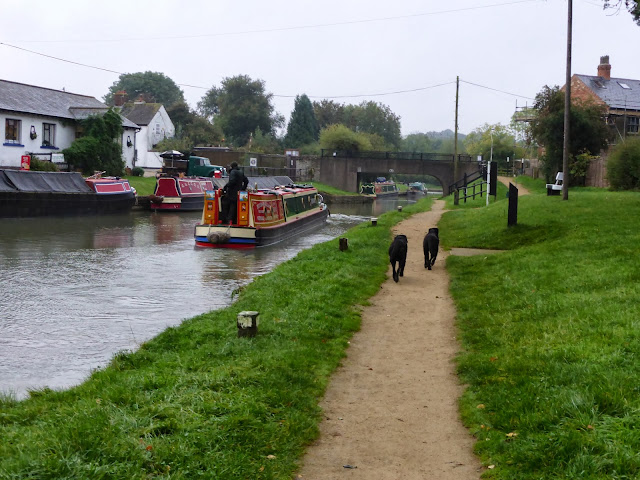 Out of the first lock and passing Bardsey Wharf 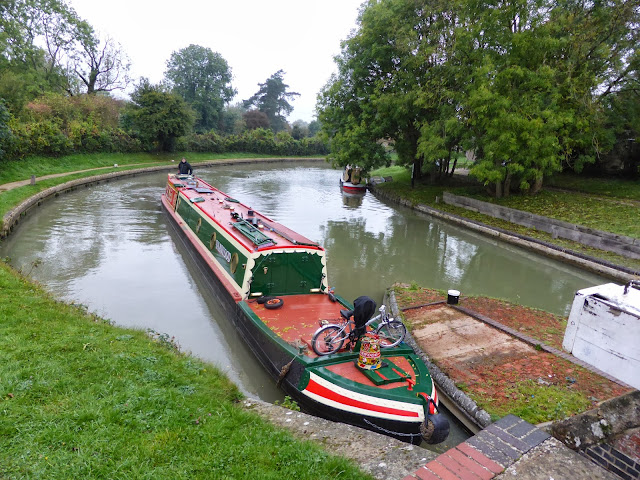 Into the second lock and the rain is holding off.  No assistance here but looking up towards the final lock in the flight I could see another volunteer lock keeper awaiting our arrival. 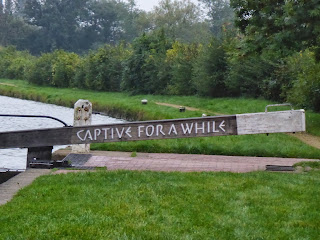 Why? Unless C&RT were paid folding stuff for this...
Edit (Thanks Abby)
Roy Fisher has written a series of elliptical short poems for Hillmorton Locks, installed on the Oxford Canal, near Rugby, as part of the Locklines project. Sculptor Peter Coates designed, carved and inlaid the lines of poetry onto green oak lock gate beams, created for locations requiring replacement gates this winter. Fisher has also written for Farmer’s Bridge Lock, Birmingham. Locklines is produced by Chrysalis Arts as part of a wider partnership between the Canal & River Trust and Arts Council England in association with the Poetry Society
So now we know... personally I would prefer C&RT to fix more locks, or litter pick, or dredge, or cut vegetation or...
You get the gist I think. 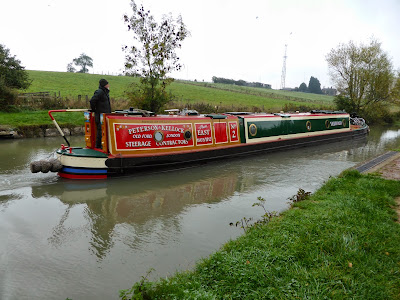 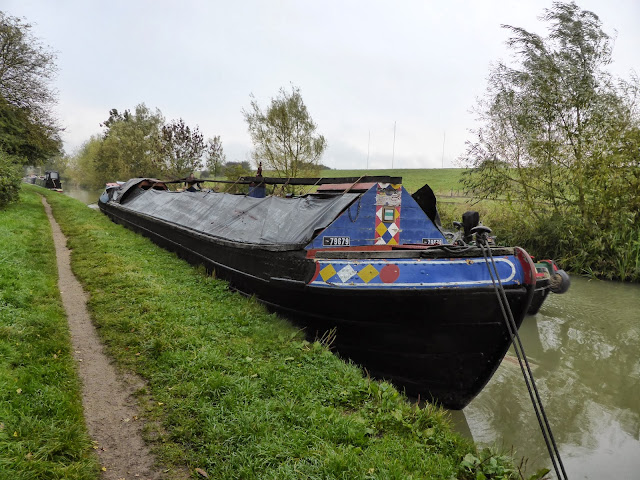 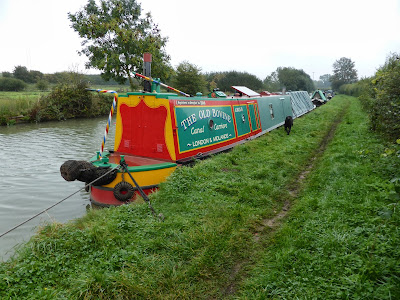 Passing The Old Bovine moored above Hillmorton locks we paused and chatted to Leon before pressing onward.  By now the rain was beginning to show itself unfortunately. 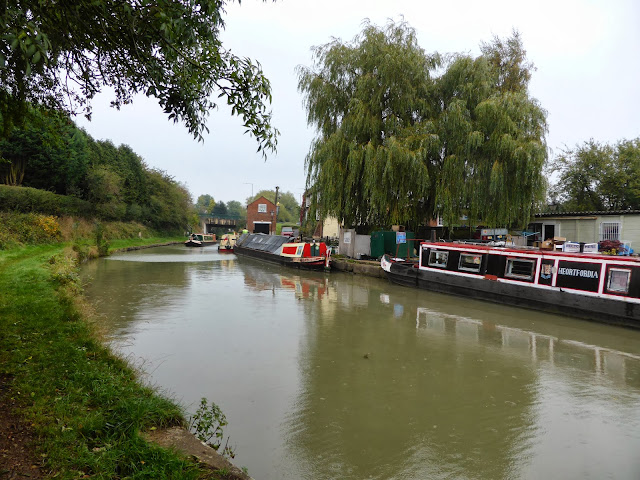 Hillmorton Wharf
As the rain set in we moored at Barby Wood and got ourselves in in the warm.  Within moments the heavens had opened. 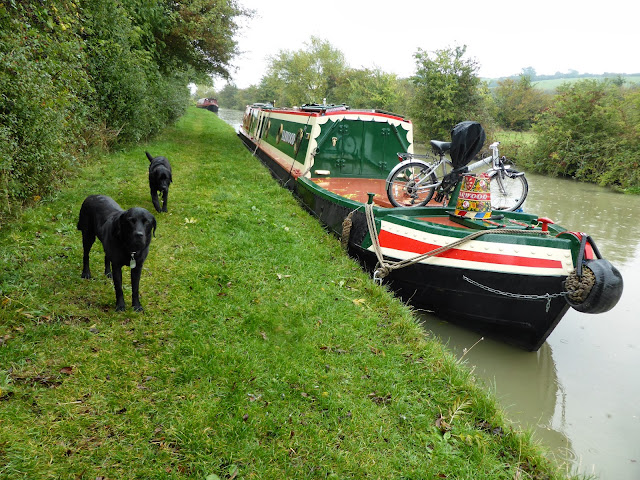