Making a run for it..

Dave, the Environment Agency man, called on us at Lilford lock yesterday morning to see if all was well, share a cuppa - I did make him his own cuppa by the way -  and advise us that the water  levels were still up and headroom under Barnwell Bridge was still too low for Nb. Matilda Rose to get through.  The plan, as such, was to wait until lunchtime and for Dave to check the water levels again and give us a call.    At one o'clock  he called to say what the levels were and we abandoned any thoughts of moving, with Joe and I settled down with books and Graham and Jill heading off to find a pub.
An hour later Graham calls to say he is at Barnwell bridge and believes he can get under it, did we want to move?
'Too bloody right' we says..
Like a rat up a drainpipe we sprang into action, Joe prepping Yarwood and me prepping the lock.  By half two we were on our way. 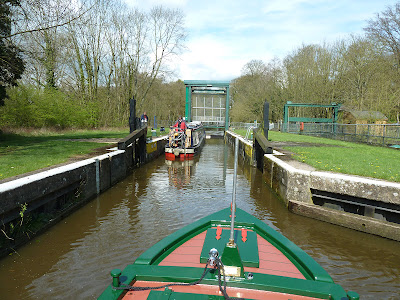 Joining MR in the Lilford Lock

We were aiming to get to the moorings at Fotheringhay, below the castle mound if possible.  This was a journey of about nine miles and six locks. I travelled on the front deck which allowed me ease of access whatever side the lock landings were, Jill took their car and went on ahead to set whatever locks she could get to readiness for our arrival.   We arrived at Fotheringhay at about six o'clock, got through the bridge without mishap and on to our moorings of choice.  We had just finished securing the boats when the farmer arrived with his infamous Tate and Lyle syrup can to collect his mooring fees. 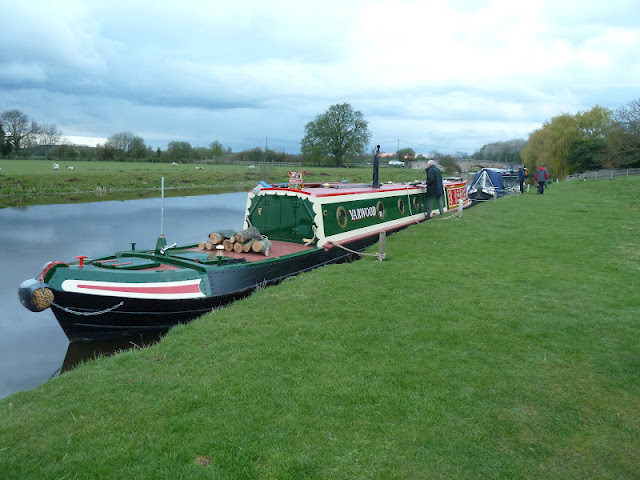 The consensus was that a pint was needed after our dash down the river so we grabbed the dogs and headed of to join Jill at The Falcon. 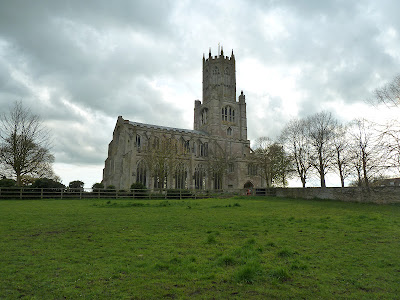 The magnificent church at Fotheringhay. 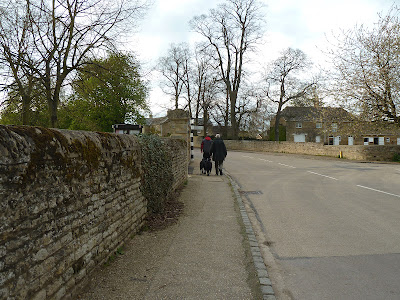 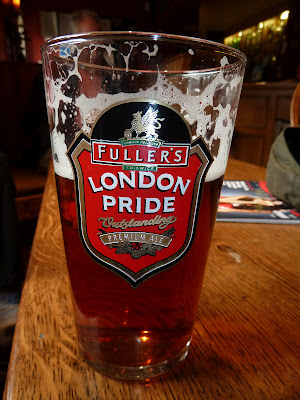