Well our weekend visitors have left us, going off back to Colchester just after lunch today.  Joe and I then set about cutting up the remaining logs that had been lying on the deck, stowing everything away and getting Yarwood tidied up a bit.  Chores done, I then took Floyd and Fletcher out for their second walk ahead of the promised rain which has now arrived.
Yesterday we had set out on a circular walk, Abby, Wardy, Joe and I and the dogs, heading across the fields and water meadows to the Warminster lock and skirting the Warminster Water Mill. 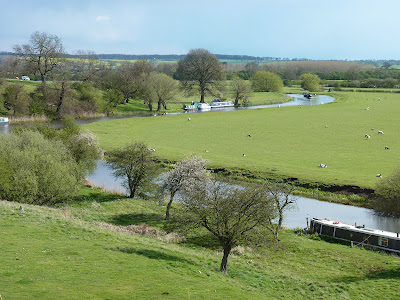 The meandering River Nene from the Motte at Fotheringhay 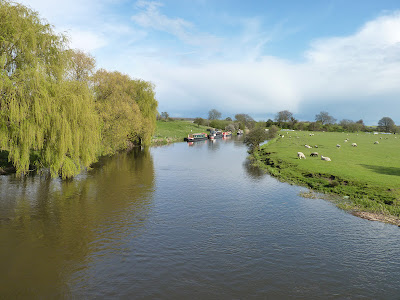 Our moorings from the bridge 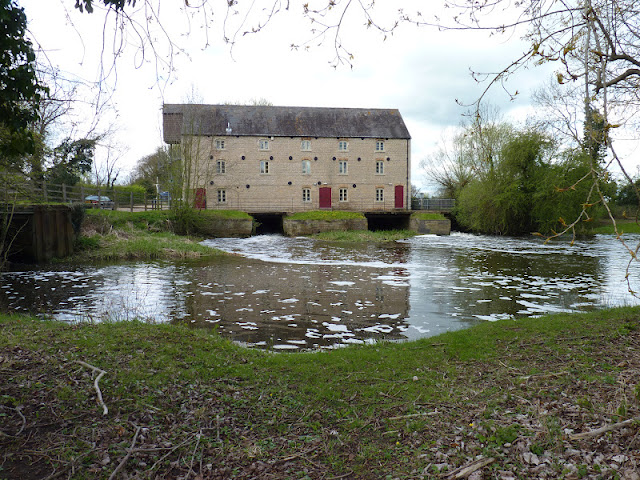 Warminster Mill, now a shop for Fired Earth and Aga

From Warminster we walked the public footpaths to the village of Elton where we slipped into the local inn, The Crown, dogs very welcome, and had a pint or two.  As we left to complete our circuit to Fotheringhay the heavens opened but by the time we had got back to the boat we were best part dry again.  A meal was hurriedly prepped and thrown into the oven before we all settled down to watch the Bahrain Grand Prix which was a bit of a damp Squibb after the Chinese outing!  The evening was rounded off with a visit to The Falcon, and a gentle stroll back to the boat/B&B by torchlight - no street lighting hereabouts...