A freezing fog descended yesterday afternoon so it was no surprise this morning to wake to more of the same.   The reed margins were crisp with icicles and remained so most of the day. 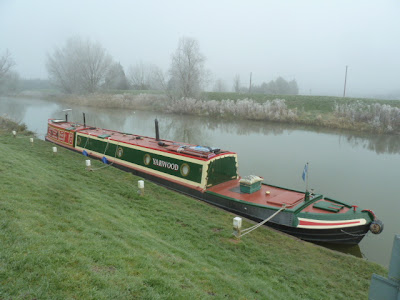 Yarwood on a frosty morning
We were off today to visit family in Norfolk so spent quite a bit of time de-icing the car before setting off in the fog towards Mildenhall and the A11. 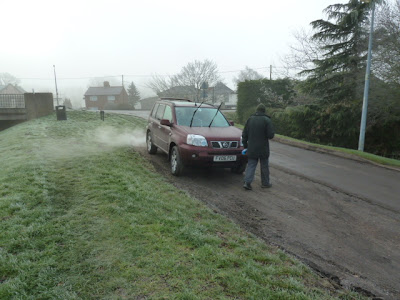 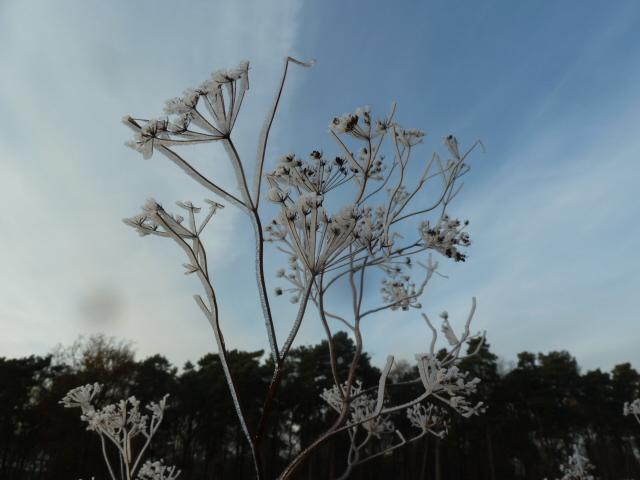 Parsley seed heads still rimed with ice in the late afternoon.
The drive through Thetford Forest was spectacular with all the trees adorned by a crisp icy coating and lit up by a bright winter sun.  We visited family and then walked the dogs at East Harling Common which is close to my brother's home in Bressingham.   By four o'clock with light failing we were heading back to Yarwood where Joe has lit the stove in the back cabin as well as the one in the saloon and we are now toastie warm!
Posted by Nb Yarwood at 18:43