We had a later start than normal, not moving off until 8.50.  We moved down on to the water point and filled the fresh water tank, got rid of yet more rubbish, (where does it come from?) emptied a cassette or two.  Whilst the water tank was filling I  had a brief chat with Glyn the Enforcement Officer on this stretch, we had last seen him at Shackerstone a couple of weeks back.  There was another C&RT 'operative' out and about with his tablet recording the condition of various fixtures, in this case water points, in fact I saw yet another chap doing the same task further along towards Coventry later in the morning.
With Yarwood serviced we then set off towards the terminus of the canal in Coventry.  This is a stretch we have never done before so we were looking forward to pastures new. 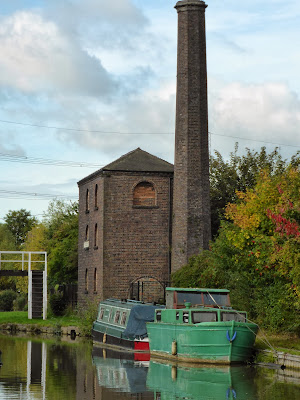 The old engine house at Hawkesbury which used to house a Newcomen type engine, installed in 1821 to pump water from a well into the canal.  The engine ceased work in 1913. 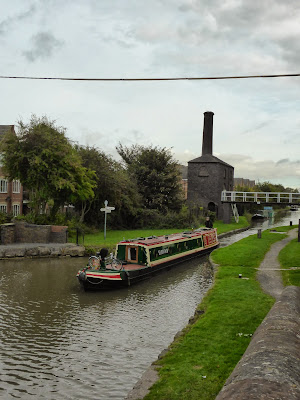 Yarwood passing the junction and heading for Coventry 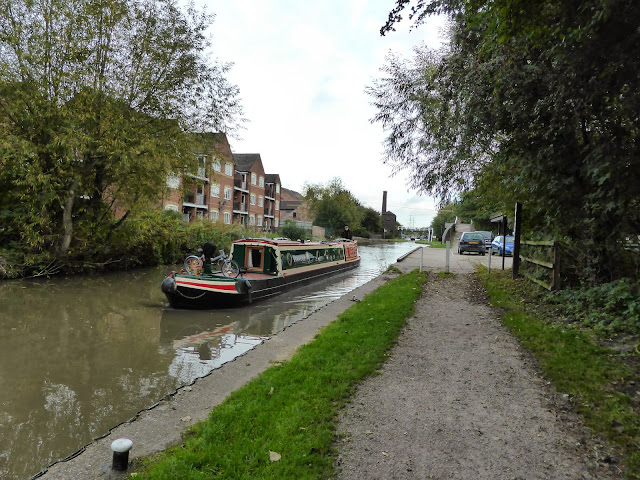 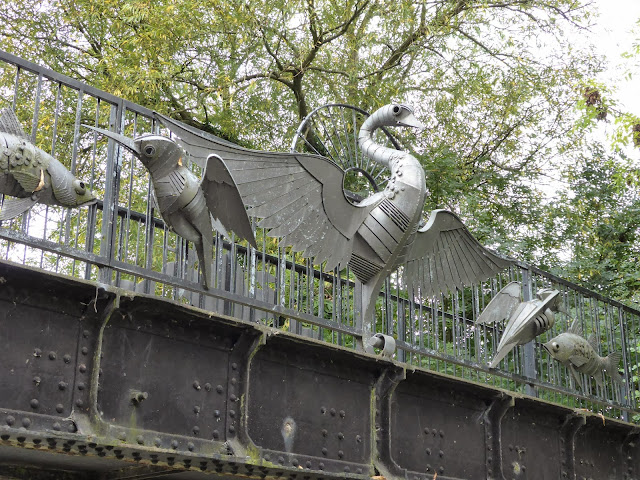 Striking sculptures attached to a footbridge (bridge 12?) near Hawkesbury Junction 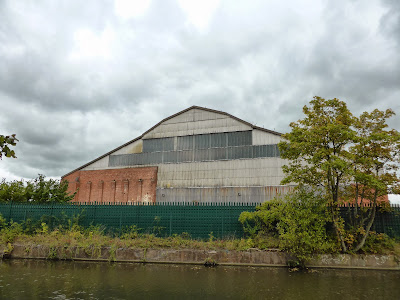 I passed this enormous industrial building en route to Coventry..no idea what it is/was but it is huge! 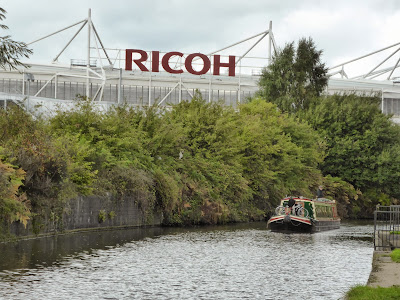 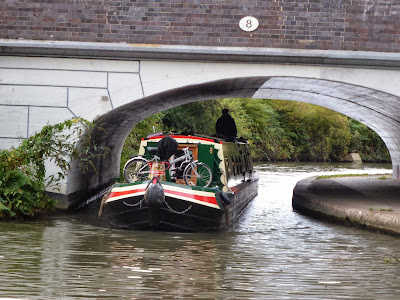 After the Ricoh stretch of canal things get a bit dire., crappy, scummy, deprived.  Hundreds of beer cans, carrier bags and litter...oh, and the usual dog crap.  There was a Community Payback group out litter picking and generally tidying up which was good to see but the work rate was desultory at best i.e. if they were on piece work they would starve! 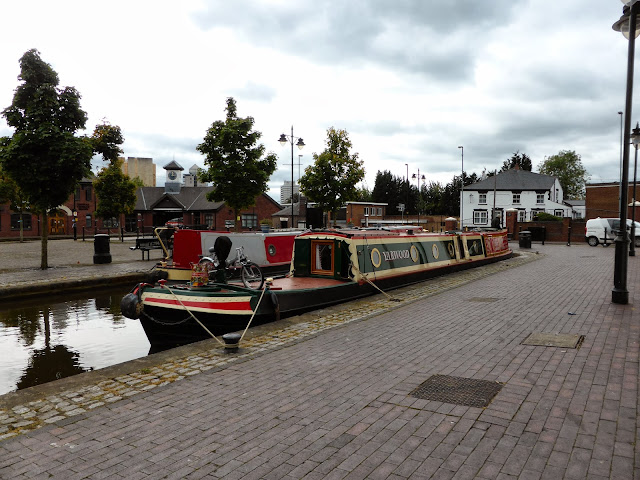 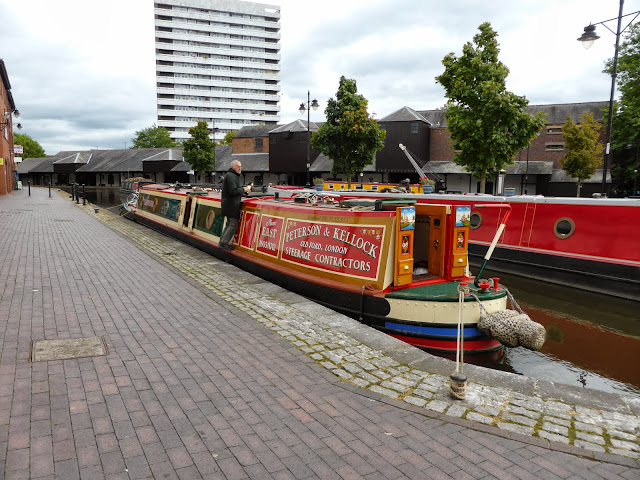