Going for a Lark

Thursday and Friday were no-go days and were spent on the EA moorings at The Ship at Brandon Creek.  Both days were wall to wall sunshine so some boaty jobs got tackled and the BBQ was lit each day.  On Saturday morning we set of with Yarwood up Brandon Creek (the Little Ouse but also known as Brandon Creek...Yes, very confusing) to get diesel at The Little Ouse Moorings.  We filled both tanks, topped up with water and emptied cassettes and importantly, confirmed a month's mooring for Yarwood so we can go away on our annual caravan break.

After servicing the boat we continued up stream to a likely winding (turning) point and headed back to the Great Ouse where I disembarked with dogs and picked up Graham's car for the car-shuffle to Prickwillow on the R. Lark; we were heading to Judes Ferry, the end of the navigation on the River Lark. 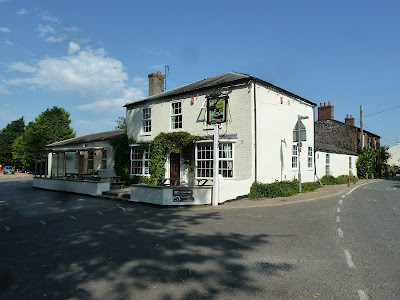 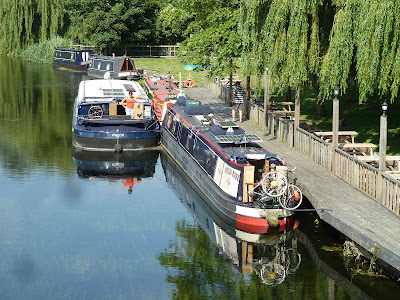 Wb. Avalon and  Nb's Matilda Rose and Yarwood on the pub moorings at Judes Ferry

There had been some discussion about whether we could turn the boats at Judes Ferry and the advice was not to go but a call to the Landlord confirmed that we could turn and there were moorings available.   Matilda Rose winded using the slipway as a winding hole and backed on to the mooring, Yarwood followed suit and no sooner had we tied up than Kev and Debbie arrived in wide beam Avalon and breasted up. 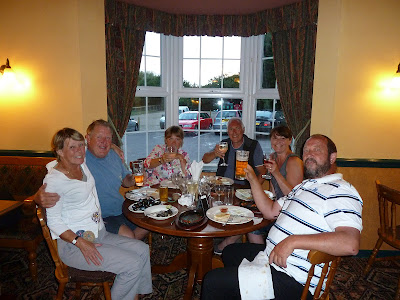 Enjoying a meal together in the pub restaurant
L-R Jill, Kev, Me, Joe, Debbie and Graham 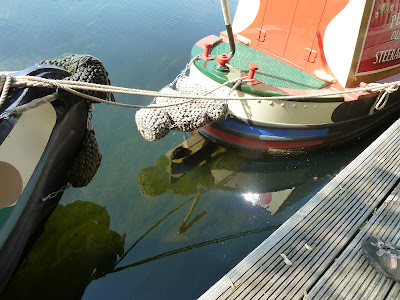 Look how clear the water is...you can clearly see the rudder and the skeg that secures the bottom of the rudder 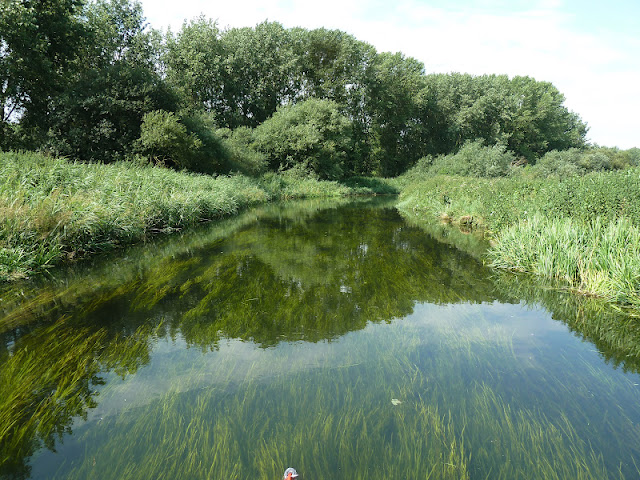 The lovely River Lark... clear water teeming with fish.  I spotted a kingfisher and a brown trout along this stretch 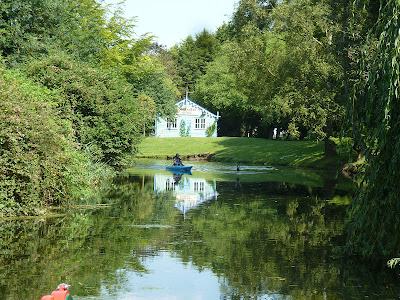 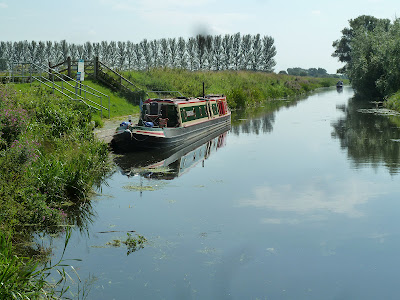 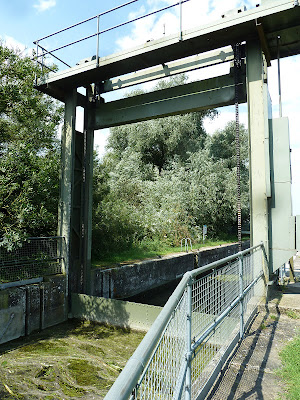 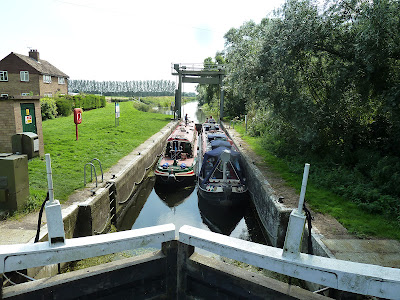 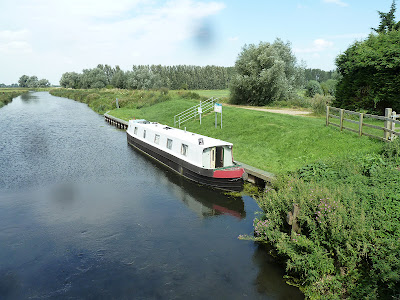 and this is what I was checking...a 'liberty taker' still moored on the lock landing painting his boat and no registration number on display.  He ducked down behind the boat when I pointed a camera at him.  When we came through the previous day there were two boats moored here and nowhere safe to get off for the lock. 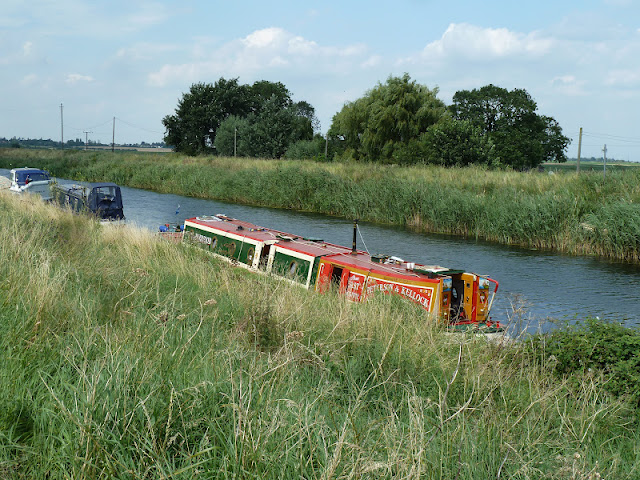 Yarwood moored at Tom Holt EA moorings at the bottom of the R. Lark

We made our way back down stream through Prickwillow to the last EA moorings on the Lark.  Matilda Rose stopped for water in Prickwillow and then joined us and breasted up alongside. Today we are heading into Ely to meet my nephew Jack who is travelling from Essex by train for the first time and joining us for a week's cruising.