Weekend with the big boys

Friday night we were joined on the moorings at Denver by Kev and Debbie on WB Avalon, fellow bloggers and friends to visiting narrow boaters.   Saturday evening we were all invited aboard Avalon for a drink....
or two
Sunday morning saw us pulling pins and heading off to the water point - laundry needed to be done - before resuming our exploration of the lovely R. Wissey. 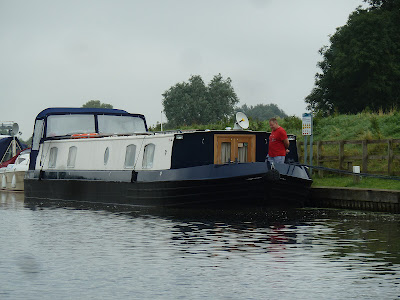 Wb. Avalon with Kev on the well deck watching us wind and leave 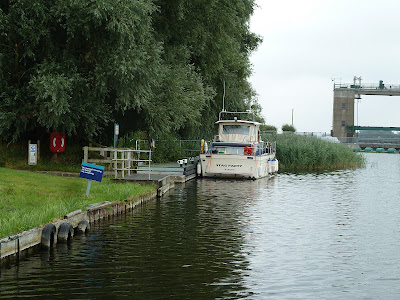 Cruiser, Stag Party, moored overnight on the Denver service point.  A water hose was hurriedly thrown out as we moored on the grass bank behind them. 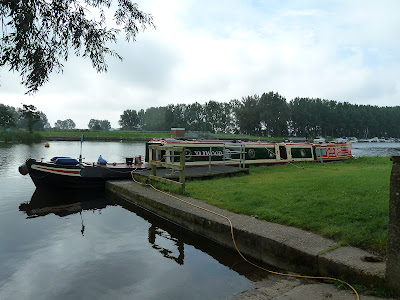 Yarwood moored up and watering

As soon as we had started to fill Yarwood's water tank I took the dogs and walked over the sluice road to check if the security gates were open on the access road to the moorings on the opposite bank; I was on car shuffle duty today so I needed to move Graham's wheels to our next point of call.  The gates were indeed open so I drove to the village of Hilgay and parked in a side street before walking the mile or so along the floodbank of the R. Wissey to the GOBA moorings.  Joe was just mooring up as I arrived and MR was already in situ.  Shortly after we were joined by WB. Avalon. 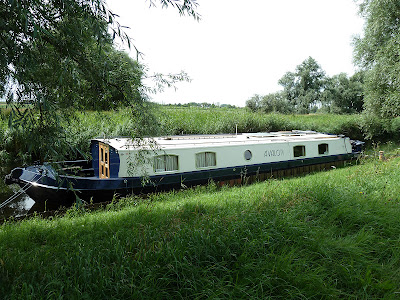 Avalon moored up just behind us. 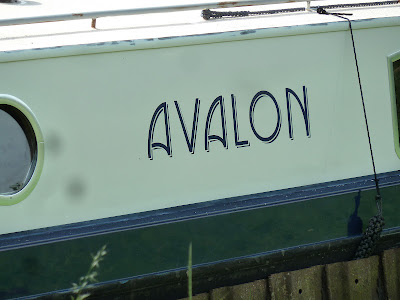 As soon as all boats were moored it was a dog walking expedition with Jill, Debbie and myself and Floyd, Fletcher, Muttley and Airedale, Ted.  The two older dogs, Airedale Rupert and Baxter, were left behind to supervise the activities of the three males, Graham, Kev and Joe.  The sun was out so the inevitable BBQ was hastily arranged, six dogs, six humans and one cat in attendance. 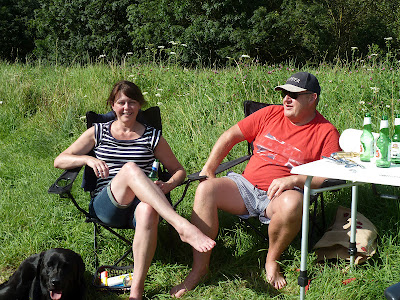 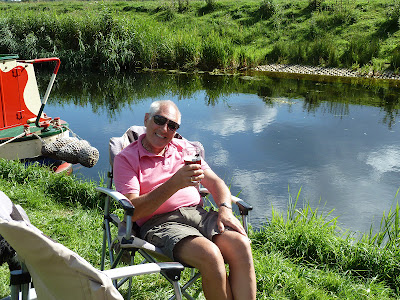 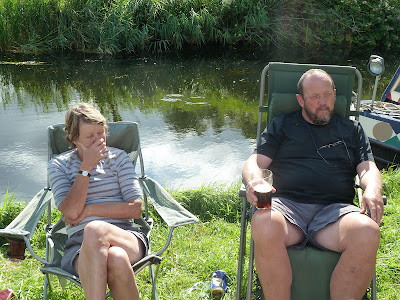 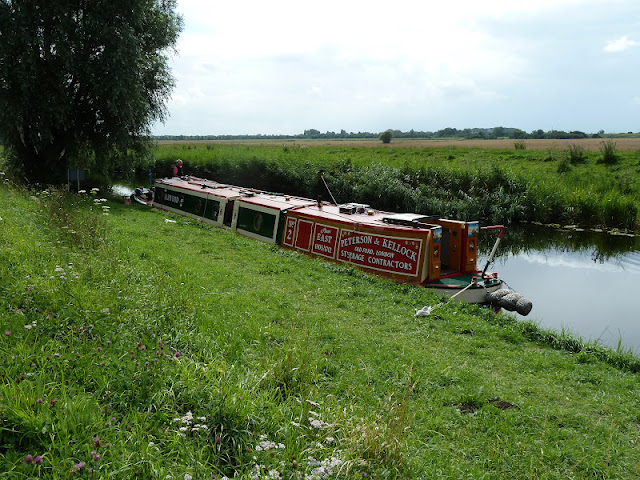 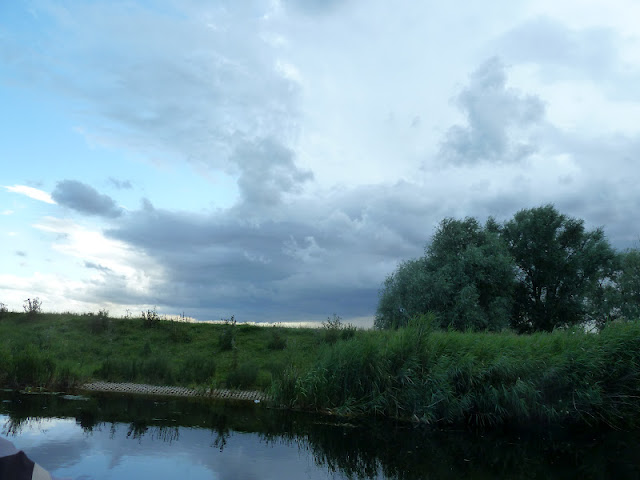 The rain coming in..

We enjoyed over three hours of lovely sunshine before the rain clouds began to gather south of us.  We watched the storm developing, thunder and lightening preceding the rain which we could clearly see falling in the distance and by the time we had got everything packed away it had reached us...big time!
Posted by Nb Yarwood at 16:19