I had been out and about with the dogs, trying to do a circular walk across the fens to Prickwillow, a quick drink (water) and a swim for Floyd and Fletcher in the River Lark then back across more fenland to the Gt. Ouse flood bank north of Queen Adelaide Bridge.  When I was almost back to boat I came across this plaque on top of the bank... denoting the finish point of a rather special boat race. 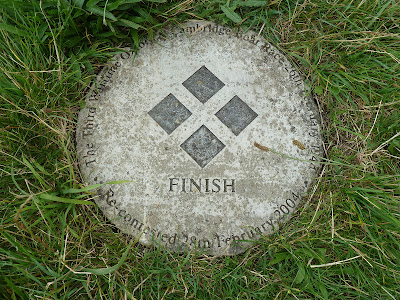 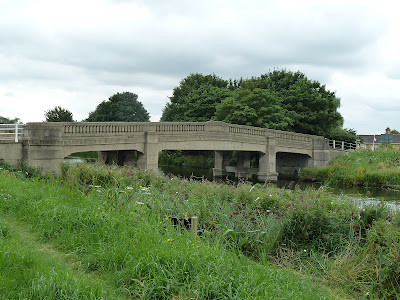 Apparently the annual Varsity Boat Races were 'suspended' during both world wars as it was considered too dangerous to run them on their usual course along the River Thames.  In 1944 the Great Ouse hosted the race on a one and a half mile course between Ely and Littleport and you can see it here as filmed for Pathe News. 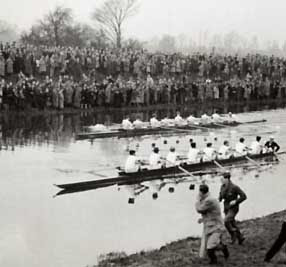 1944 Boat Race with Oxford leading and going on to win
Posted by Nb Yarwood at 17:41