Sun, Sunday and a engine running day at Prickwillow Drainage Museum.  We are in the land of the fens after all, low lying and waterlogged or at least it was waterlogged before the drainage programs enacted hundreds of years ago by Dutch engineers.   Once upon a time there would have been thousands of wind pumps operating to lift water from the lodes (drains) into the rivers but as the industrial revolution took hold, wind power gave way to steam and then to diesel.  The Prickwillow Drainage Museum houses a selection of elderly diesel engines, all British built and operated in the Fens to help continue to drain them.  This museum is very 'big society', operating entirely on volunteer labour.
We were up an about early, the dogs were 'mungry' and managed to oust Joe from the sack to feed them at five..so we had breakfasted and got some laundry done before setting off to Prickwillow. 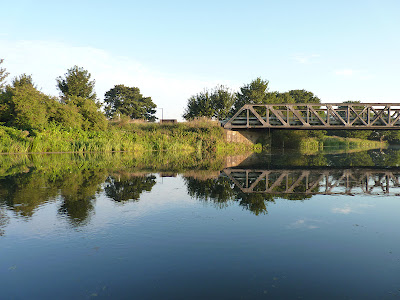 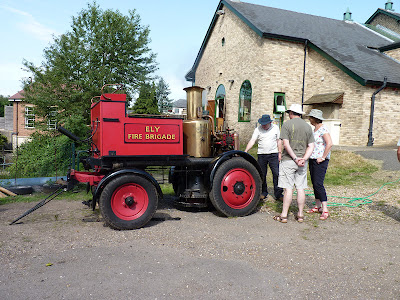 1912 steam driven fire pump.  The wheels were adding in the 1930's and the pump was towed behind a lorry by then. 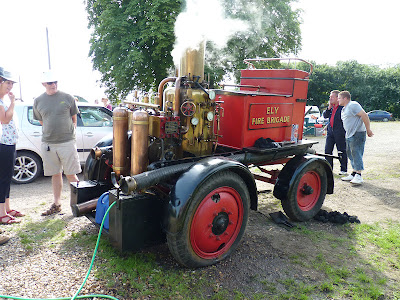 The steam engine was built in London

Once we were in the museum there was a program of engine running, each engine being fired up for a 30 minute run. 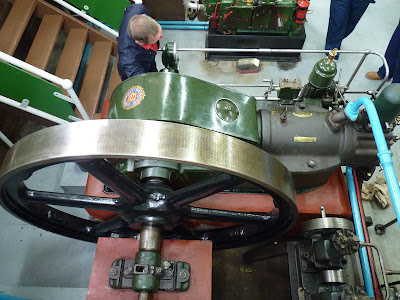 A single cylinder diesel started by a compressor and running at 350rpm...a slow beating beast 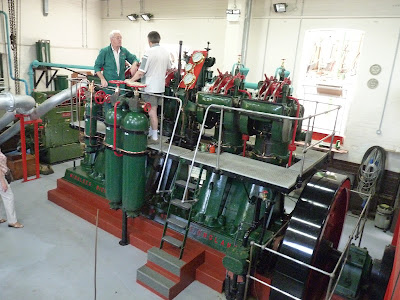 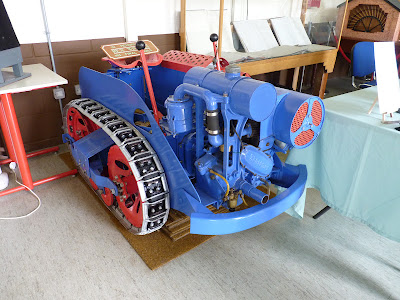 
We met Amy and James of Nb. Lucky Duck at the museum and shared a brief food/drink break before  looking at the engines and watching a two cylinder diesel being started by heating the cylinder heads with raging paraffin fires...primitive but effective nevertheless. 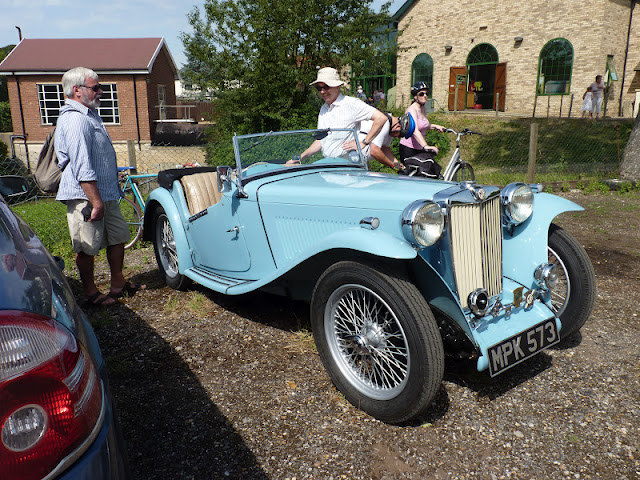 An immaculate  1950's MG TD
I was promised one of these by my Father when I wasn a child...he would get me one when I learnt to drive...still waiting however.