We are happily still settled here at Thrupp on a fourteen day mooring, not that we plan to stay for fourteen days.  Joe has ordered himself a new mobile phone and he will catch a bus into Oxford on Monday and collect the phone/package from the Post Office using the Post Restante service.
I have arranged for a Tesco delivery on Tuesday morning and having spotted an Indian restaurant in Kidlington it looks like Tuesday's dinner will be the curry we have been promising ourselves for ages.  Come Wednesday we will be off again slowly wending our way up the South Oxford and exploring as we go.

So talking of exploring, yesterday I went walk about with the dogs crossing the canal at Shipton-on-Cherwell by the little canal side church and heading east across sheep pastures towards Hampton Gay. 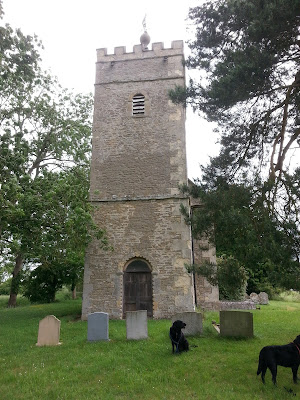 St Giles, Hampton Gay
Having crossed the River Cherwell and walked under the railway bridge you approach a tiny church sitting isolated in the midst of pasture land.   The medieval village that adjoined the church is long since gone,a  victim of gentry enclosures and a shrinking agricultural economy. 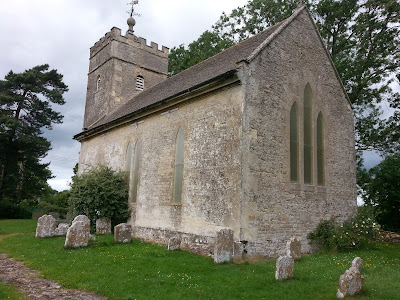 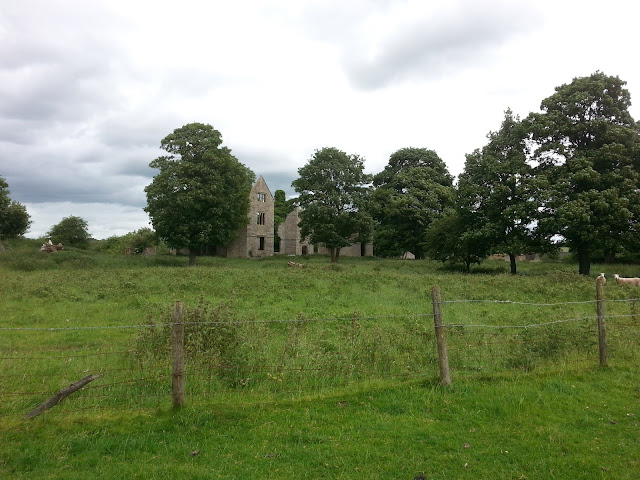 Across from the church are the remains of Hampton Gay Manor, destroyed by fire in 1887 and now a Grade 2 listed building in a poor state.  The grand Manor Farm remains along with a number of stone cottages and barns but that is all that remains of this settlement now.  Apparently there had been a water mill/paper mill on the banks of the Cherwell that had provided employment for much of the village inhabitants but once that had closed it was the death knell for the village. 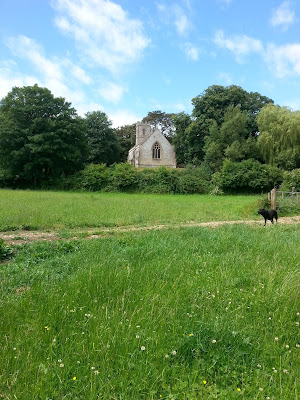 All Saints, Shipton-on-Cherwell sitting on its embankment above the canal 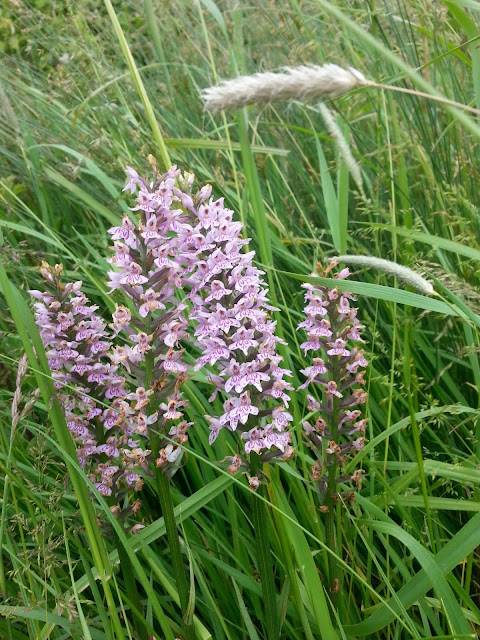 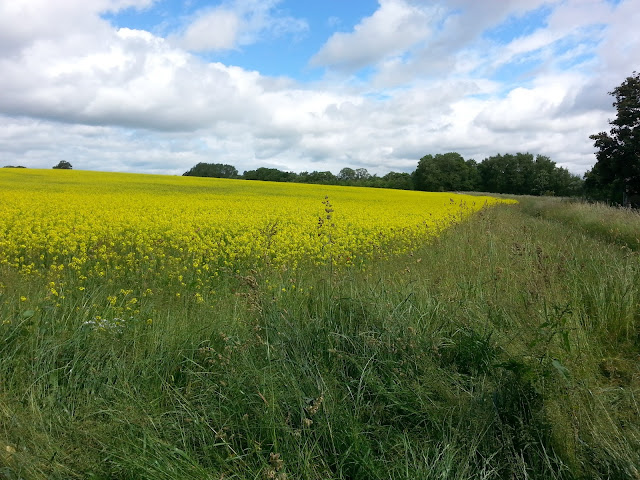 Heading back to the boat alongside a field of either very short stunted oilseed rape or another crop that looks similar?
Posted by Nb Yarwood at 11:26