I'm in the middle of nowhere

Monday morning we slipped quietly away from our weekend mooring and our companions aboard Nb No Problem and Nb What a Lark.  We were off and away by seven with Joe steering Yarwood and the dogs and I walking the towpath.  I hopped on the tug deck with the dogs for a stretch after bridge 196 because the 'towpath' became a lengthy walk  across a water meadow with cows and their calves and I didn't fancy a confrontation with a herd of protective bovines! 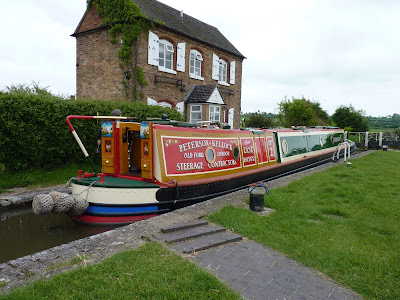 Somerton Deep lock
We were soon at the deepest lock on the canal, Somerton Deep, (clue in the name), with a twelve foot change in level.  The bottom gate was just too heavy for me to close so Himself had to leave the tiller and get the job done before we could move on. 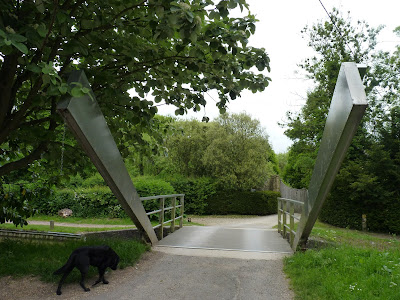 Lift bridge at Lower Heyford
As I walked ahead of the boat into Lower Heyford I recognised a spot where we had visited Jill and Graham on Matilda Rose.  We had taken a mooring in Stourport with our previous boat Caxton while Yarwood was being built and we came out to visit them. Graham met us at this lift-bridge but on this occasion, I was here to 'lift' the damn thing.  All the other lift-bridges so far have been in the 'up' position so taking a hold of the dangling chain I pulled, then I hung on it until the bridge started to move and when I got it up...it started on its way down again.  After much struggling and not a little cursing, I managed to get bridge UP and chain DOWN and stood on the chain and hung on the bridge arm to allow Yarwood passage.  There was quite a bang when the bridge resumed its default position after Yarwood had passed through but fortunately I wasn't left dangling at the top. 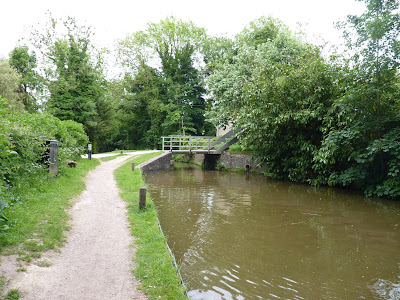 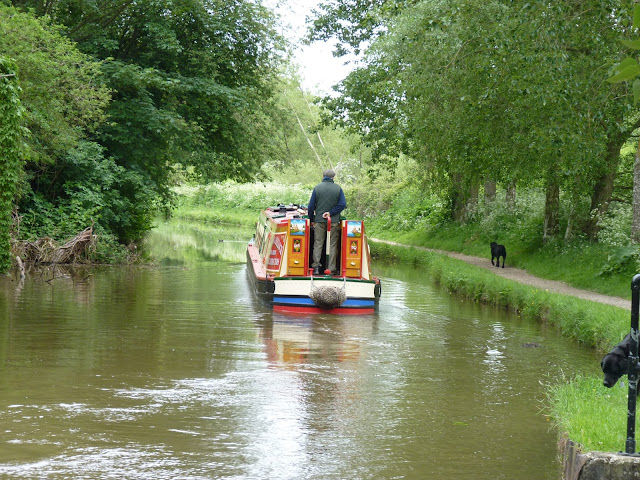 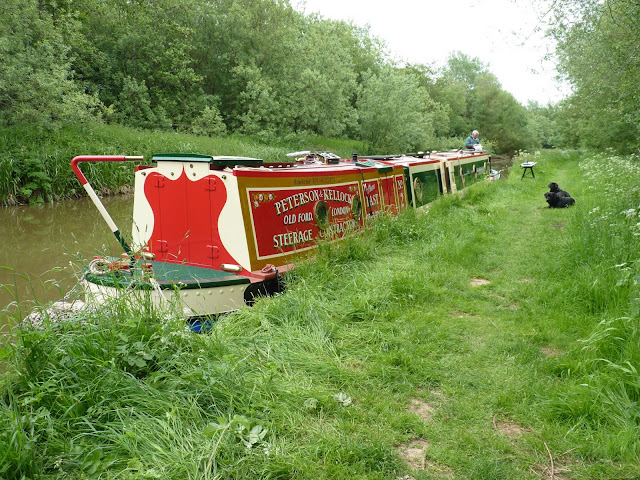 Moored up in the middle of nowhere
Here we are moored up in solitude, the genny is quietly running and all the laundry is being done ahead of fresh water supplies tomorrow, Joe has unloaded the workmate and is busy getting paint chores completed. 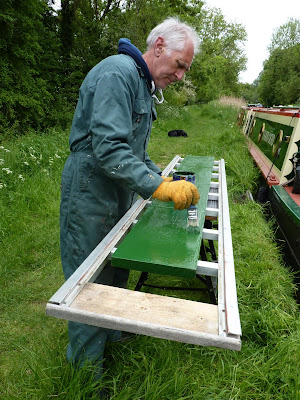 Joe sets about painting our planks, boat pole and boat hook...and the broom 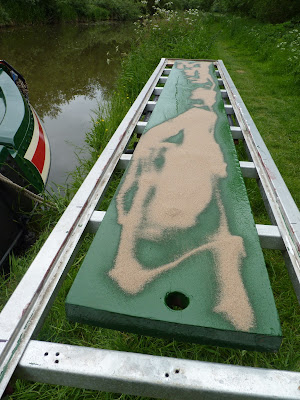 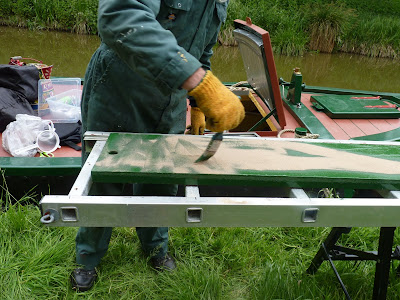 That's right, spread it evenly
Posted by Nb Yarwood at 06:22