We had arranged for our mail, which goes to a 'correspondence address'  to be forwarded to Abingdon Post Office where we could collect it using the Post Restante service.  The mail was sent on Saturday and duly arrived on Monday so we stayed over in Abingdon for the day, getting in some provisions from Waitrose for the coming week and doing very little bar walking the dogs.
This morning after a sluggish start - we didn't wake until 8.30, an unheard of occurrence but worth cultivating me thinks - we winded the boat and headed back upstream towards Oxford. 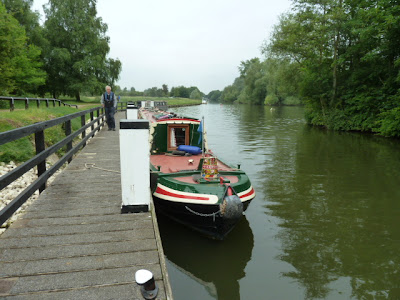 Waiting on the lock landing at Abingdon 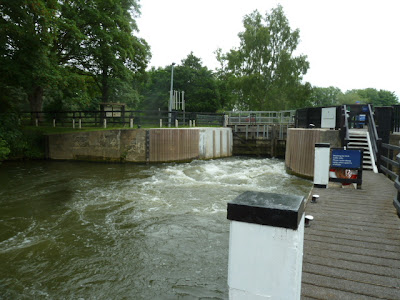 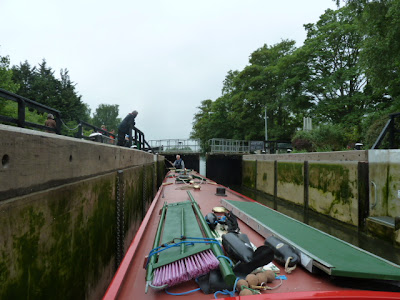 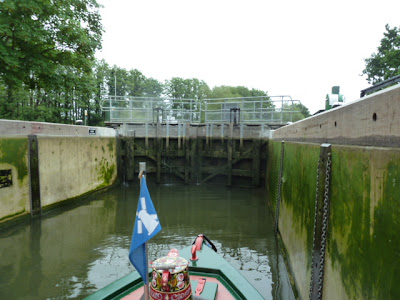 All alone in the lock -
After  transiting Abingdon lock we immediately got on to the services above the lock and queued for water, chatting to the other boaters while we waited our turn.  By the time we had filled the water tank, emptied cassettes and disposed of the rubbish we had a nice run up to the next lock at Sandford and arrived just as the Lockies were finished their lunch break. 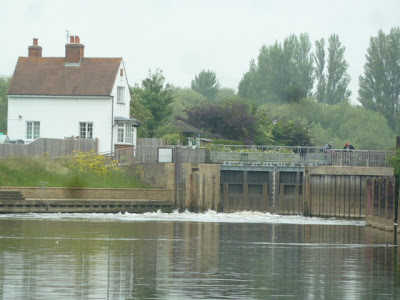 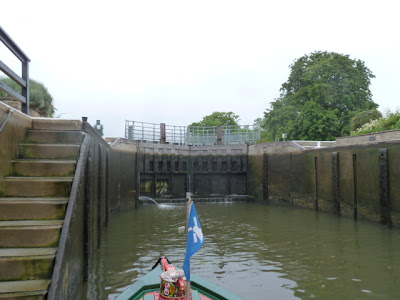 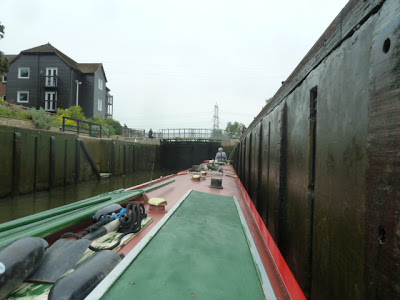 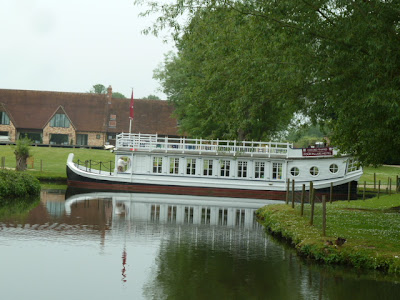 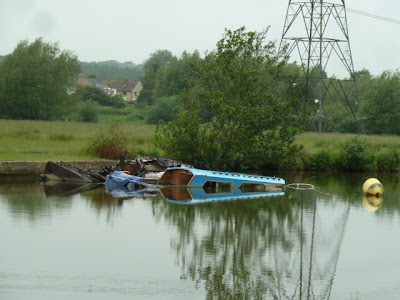 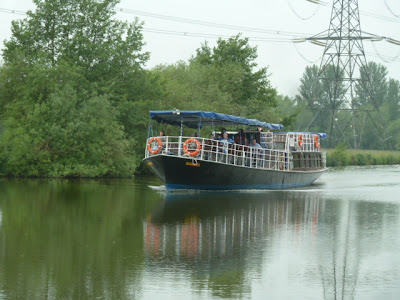 One of the trip boats that ply from Abingdon to Folly Bridge in Oxford.  These were up and down past our mooring in Abingdon and boy did we know it!  Full power out of the lock and 'sod moored boats we have a living to make!' End of today's cruise, moored above Osney Lock in Oxford.
The downside of cruising rivers is that the dogs are confined to the boat rather than the default position when we are on canals of walking on a towpath with me.  Yes, there are paths by the rivers but I can't walk at the speed Yarwood can travel with deep water under her so I stay on the boat and therefore, so do the boys.
Once moored however it was time to give the dogs a bit of attention.  We walked upstream to Port Meadow and they went swimming, tug-of-warring and chasing about. 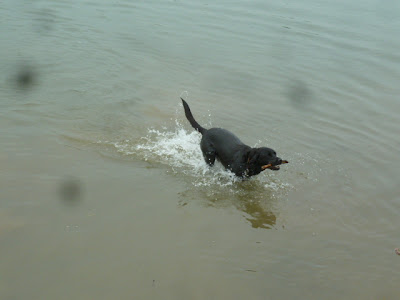 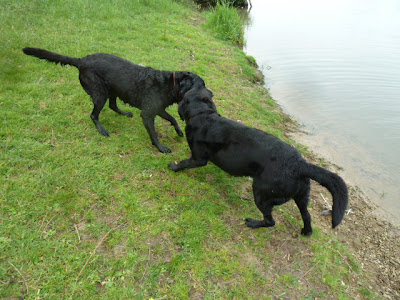 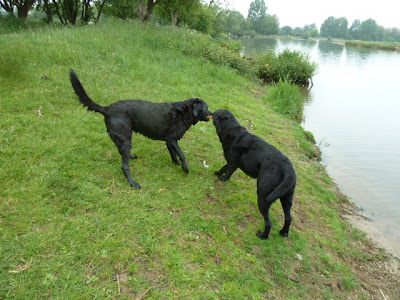 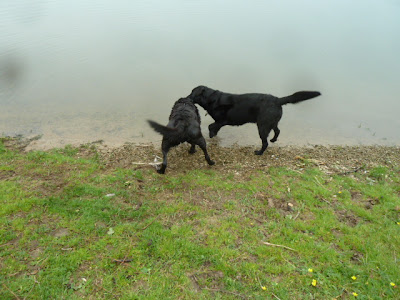 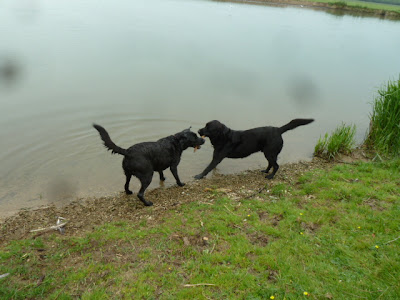