Monday evening/night we moored at Fenny Compton and dined, though perhaps that is too grand a verb, ate then might suffice, at The Wharf which provided a good welcome for the two dogs, always a big plus for us, good beer and an adequate meal.   We moved off sharpish on Tuesday morning aiming to get just beyond Cropredy so that we had an early but short run into Banbury on Wednesday morning....I had a date with TMobile...more of which later!
; 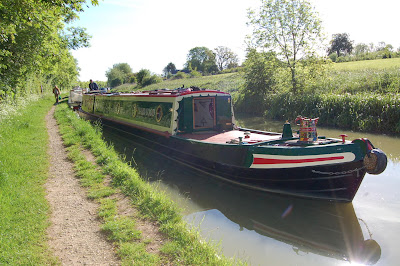 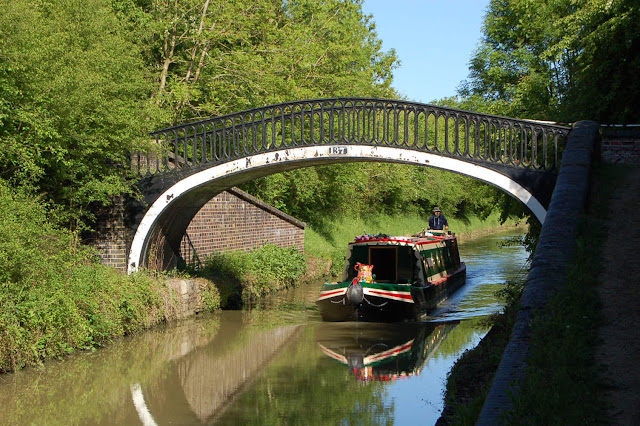 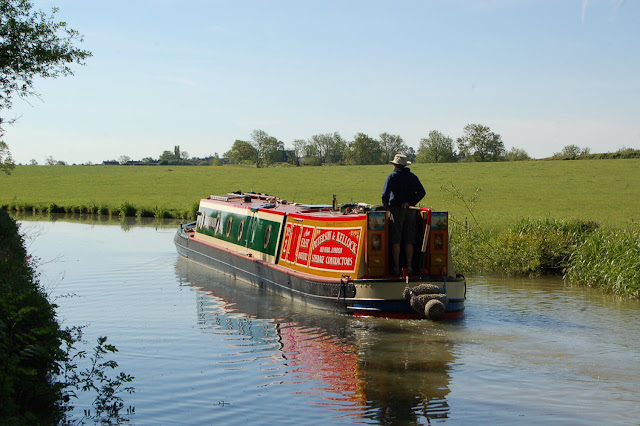 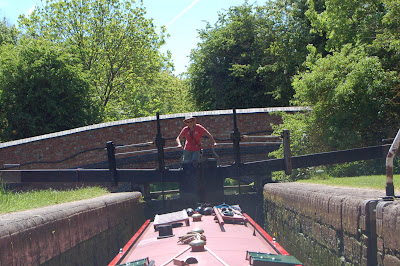 Himself has got the camera and captures me waiting for the lock to empty before opening the gates and releasing the beast...
Arriving at Cropredy we manage to get across on to the service point.  This entails me hanging under a bridge to indicate to Joe that the services were immediately after the bridge on the off side as he pootles through.  The service point is somewhat short and Yarwood straddles the winding (turning) hole.. 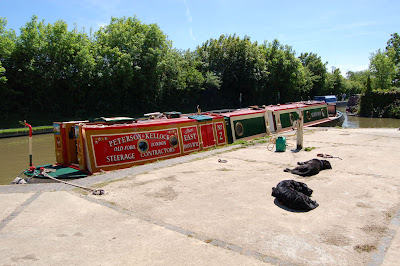 Note the dogs sprawled while we service the boat
No sooner had we finished watering than we were joined by David, Beryl and Hooma? the Collie, on Nb. Sokia who breasted up to service their boat.  David and Beryl had followed us on the Caxton blog and our transfer to Yarwood so it was good to meet up and say hello. 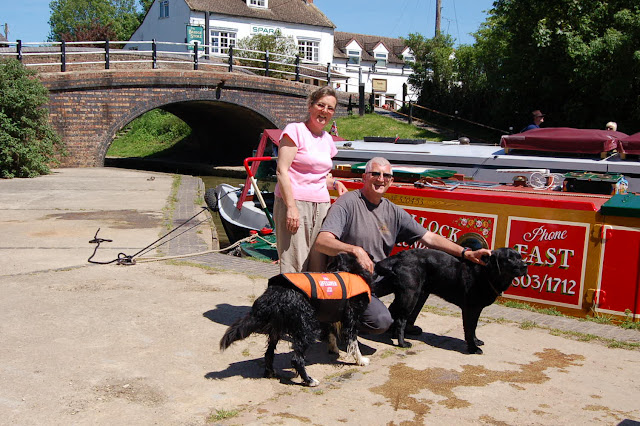 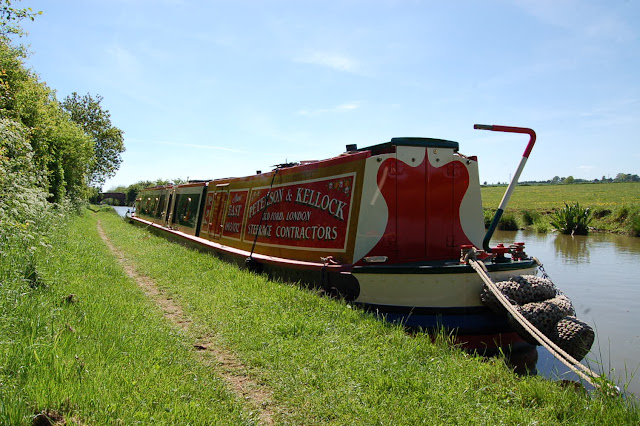 Moored up just outside Cropredy
Ok, that T- Mobile appointment I mentioned.
On Wednesday last I went to Rugby to upgrade/renew my Mobile phone contract.  On the following Monday I dropped the new smart phone into the canal at Napton...never to be seen again.  This faux pas was NOT appreciated by Himself or for that matter by the culprit/idiot ME.  We had failed to insure  it in time so the result has been an expensive lesson again..
Posted by Nb Yarwood at 21:12