We had thought/planned to go to Lechlade along the R. Thames but after our trip to Abingdon I said I preferred to give rivers a miss and get back on to the canal network. Nowt wrong with rivers but as I have said in previous posts, the dogs are confined inside the boat when we are cruising on rivers and they much prefer walking the towpath....and so do I really so yesterday morning we left our mooring on the Thames in Oxford and came up through Isis lock back on to the canal.  We had a pleasant run up to the service point just after bridge 238b, only one boat moored there overnight..grrr but we got Yarwood on to the service mooring without inconveniencing them too much.. 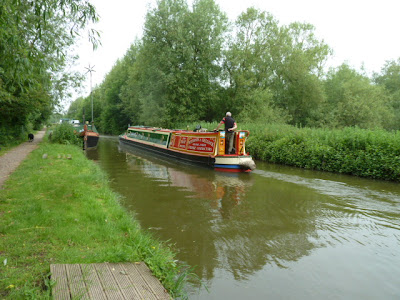 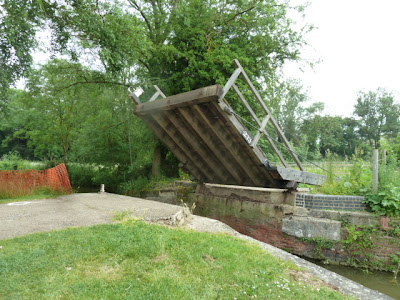 This is the lift bridge at under the A34 (233) raised and awaiting Himself and boat.  When Joe had gone through and I came to drop the bridge there was rambling group of twenty or so oldies standing on the other side waiting to come across.
The previous lift bridge, Perry's I could not close. I simply didn't have the weight or power to get the bugger down and locked.  I tried at least half a dozen times, went knocking on adjacent moored boats looking for assistance  but to no avail.  I got to the point where I was going to abandon my captive BW key and leave the bridge raised when the boater I had let through after Yarwood came hacking along the towpath to assist me; he had spied me struggling and came at a gallop to the rescue. 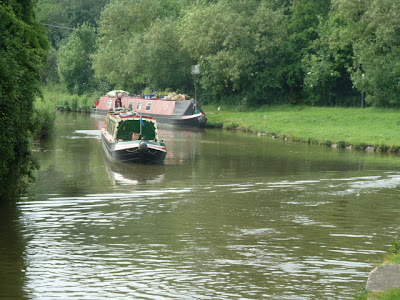 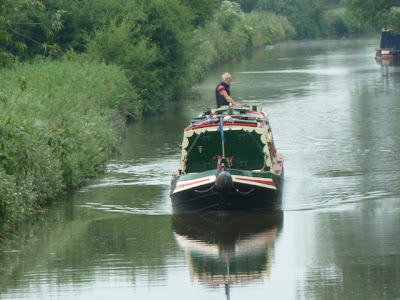 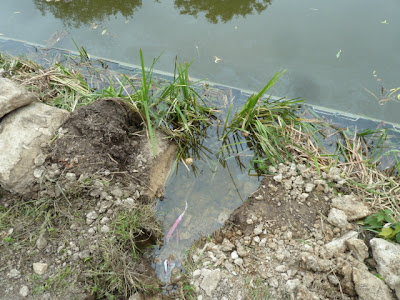 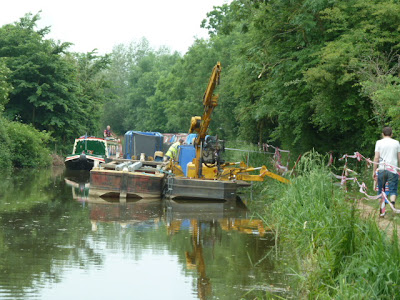 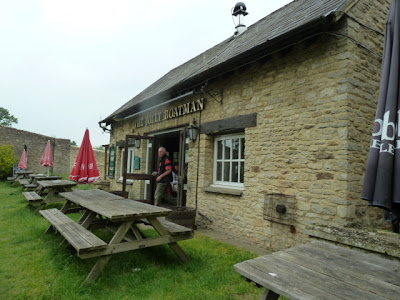 The Jolly Boatman at Thrupp...first port of call for a welcome pint after walking seven miles 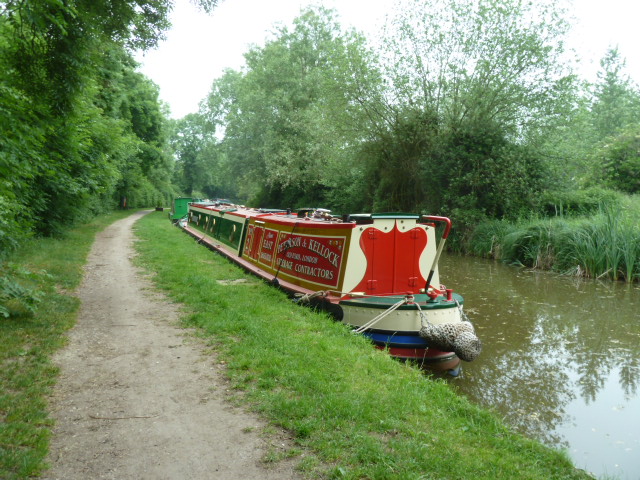 Yarwood moored on the 14 day moorings at Thrupp
Posted by Nb Yarwood at 16:56