Taking our leave of Sue and Vic, Lisa and David, and Maffi, we left Thrupp this morning g at 10am and set off towards Oxford.  We had estimated that the journey would take approximately four hours, not because it was many miles but because there would be a lot of moored boats, a number of lift bridges and three locks.  The advice re the moored boats was correct but there were still stretches of canal as you entered the outskirts of Oxford that were mooring free and designated as 'conservation areas' which allowed progress at a little above tick-over. 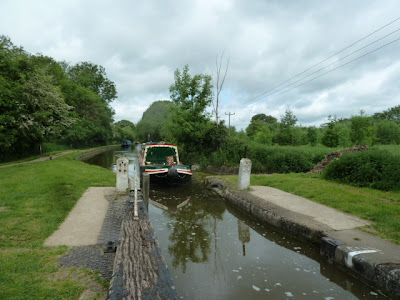 Entering the first lock of the day, Roundham lock 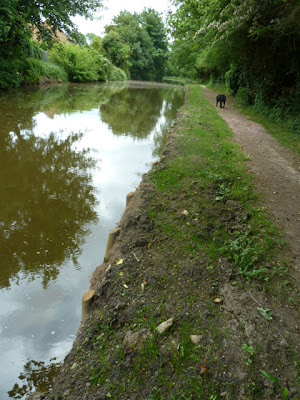 Bank repairs
Along by Kidlington (just past Thrupp) there had been a lot of bank repairs completed and we passed a CRT work boat busy piling. 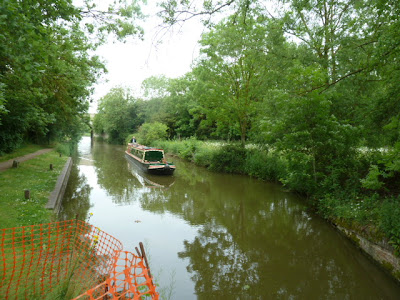 Most of the run into Oxford is very rural and attractive but I must say that I was less than impressed by the condition of some of the moorings being occupied by 'permit holders'.  Things appeared to have been allowed to slip and it was like walking past a third world refuse tip, nice new stainless steel water points every few yards and hedgerows full of detritus and general 'crap' that has been permitted to build up.   Not a good advert to the non-boating community or Oxford for that matter. 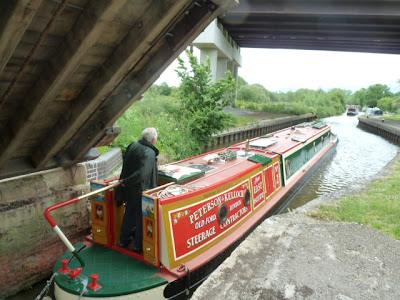 Yarwood passing below a raised lift bridge while I hang on the chain and await the oncoming boat to arrive and go through... 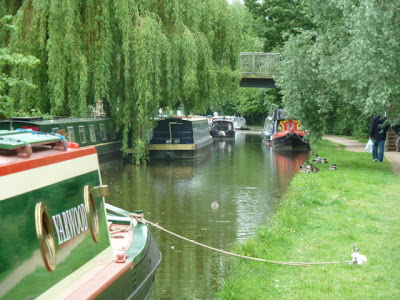 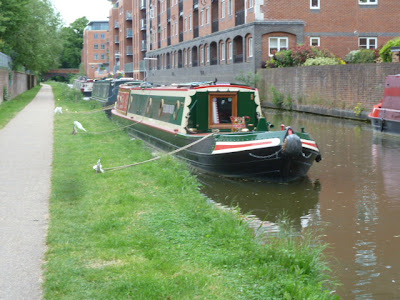 Our mooring tonight in Oxford