We set off by eight o'clock on Wednesday morning, behind three boats by the time we pulled away, our destination Banbury.   We only had about three an a half miles and three locks to do before finding a convenient mooring beside Spiceball Park.  A boat was just leaving it's mooring in Banbury as Yarwood's bow came into view ( Joe was following the dogs and I as we walked the towpath) so I 'bagsied'  the spot and waved Joe in to moor up. 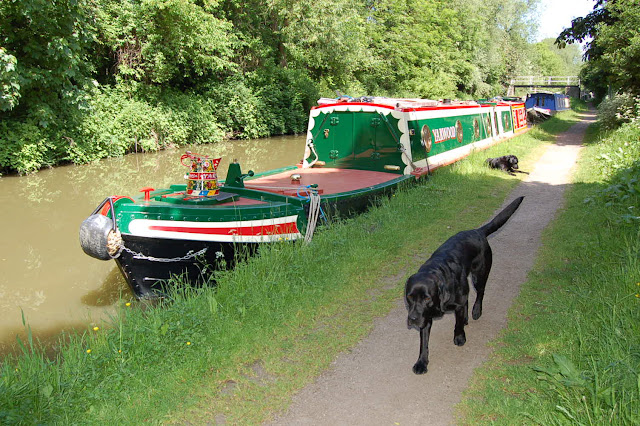 Yarwood moored in Banbury
We had enjoyed a two day stay in the town with a look around Tooley's Historic Boatyard and some shopping; new shorts purchased, replacement phone purchased (ouch!) etc. and as reported by Sue, a wonderful memorable feast at a restaurant called QUISINE.  This meal was truly the best I have ever been served and we will most certainly call here when in Banbury.  The added bonus is that Vipen (pronounced Veeno) the owner-chef, is opening another restaurant in Leamington Spa so more treats in store when on the GU!   A not to be missed culinary treat.
Come Friday our time was up so we pulled away at seven, gently passing the sleeping boat crews moored through the town, down through the deep town lock and on the services.  Once serviced and one side of the boat given a quick wash we moved off again to moor by the Morrison's store and get in a supply of food.  By nine o'clock we were done and dusted and truly ready to get out of town. 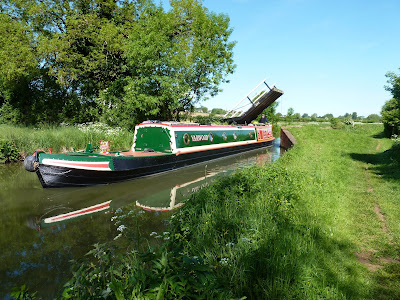 Passing under a lift bridge
You really notice the contrast in the Oxford canal now.  The whole length is primarily rural but there is a plethora of brick built bridges and shallow locks with double gates before Banbury but from there onwards it is lift bridges and deep locks with heavy single gates. 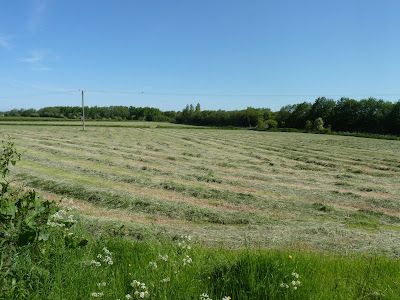 Making hay while the sun shines...a freshly cut hay meadow
I passed a number of meadows where the farmer's have cut hay and many have already bailed and stacked it already. 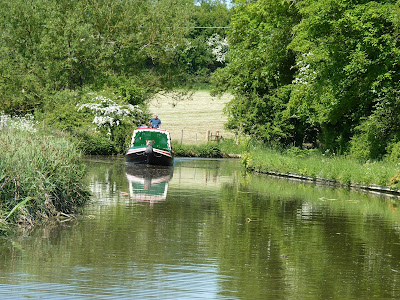 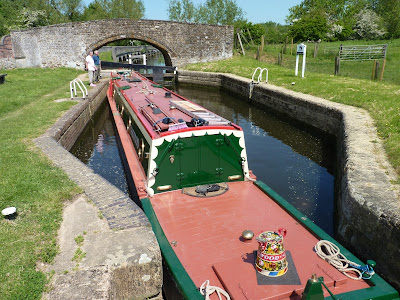 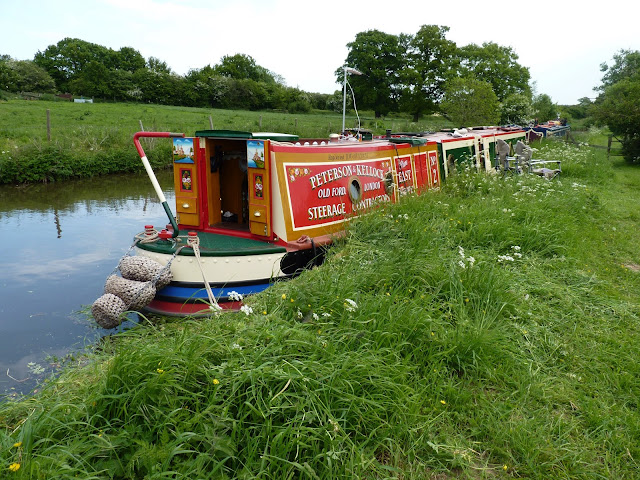 Our weekend mooring
Having fuelled at Aynho wharf we continued for about a mile before finding a suitable weekend mooring spot, a bit of Armco but a lot of vegetation.  The veg was soon sorted with the trusty garden shears and I then set about cutting a slot for when our neighbours, No Problem, arrived. 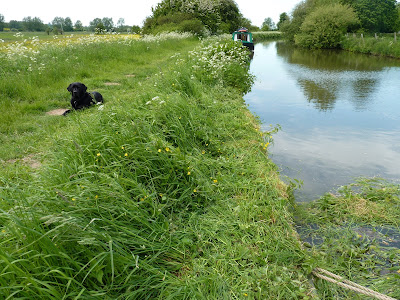 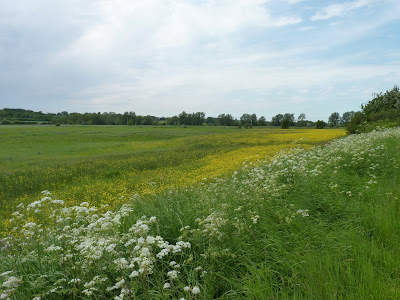